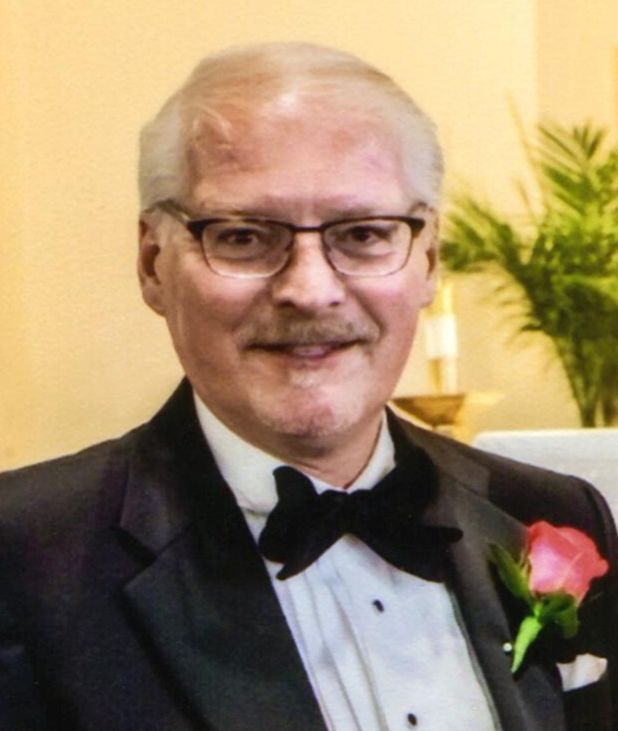 Bradley Kevin Stoddard, 59, of Idaho Falls passed away at his home on November 16, 2019. He was the youngest of six boys, no girls, born on August 4, 1960, in Idaho Falls, Idaho, to Darrell Cabble (D.C.) and Jacqueline T. (Jackie) Stoddard. He is survived by his brothers, James, Steven, Bruce, Timothy and Gregory. Brad is also survived by several nephews and nieces: Thor, Monica, Stanley, Nick, Jessica, Stacy and Dustin. Brad's youngest nephew, Dylan, passed away in 2018. Brad's education began at Holy Rosary Elementary and continued at Idaho Falls High School, both schools located in Idaho Falls. He then graduated Magna Cum Laude from Carroll College in Helena, Montana, in 1982, with a Bachelor of Arts in Biology & Theology. He received his Doctorate of Medicine from Jefferson Medical College in Philadelphia in 1987, the same college his father attended for his medical degree. Brad interned at Frankford Hospital in Philadelphia and performed his residency at the Medical Center of Delaware in Newark. Brad was a Doctor of Internal Medicine, his service to others spanning 32 years. His career included the following: Attending Staff/Faculty Staff at the Medical Center of Delaware, at Perrypoint Medical Center in Maryland, at Comphealth (Seattle Division) in Salt Lake City, and at both Pacific Medical Center, Renton Clinic and Valley Medical Center, in Seattle. For the past 21 years, Brad had been practicing Internal Medicine at the Idaho Falls Clinic, P.A. and had served as Medical Director for Good Samaritan, Aspen Home Health & Hospice, and EIRMC GIP Hospice, all in Idaho Falls. Brad, along with his brothers and Uncle Ewalt, helped his father build a cabin in the Yukon, Canada, and loved to spend time there during the summers. He was very active in the Catholic Church and St. John II Parish, including various councils, and would perform readings during the mass. Brad, like his mother Jackie, was a gourmet cook who loved entertaining family and friends at the family home. Brad would make elaborate French Suisse multi-course meals, that many have said were the best they had ever eaten. Brad learned all of his hosting skills by being his mother's favorite sous chef, both cooking traditional Swiss meals such as fondue or raclette. Brad spoke French (his mother's childhood language), and like Jackie, dressed impeccably. He appreciated and honored his mother's Swiss heritage. Brad even took up her love for the garden. Brad was the patriarch of his mother's family in Switzerland, making frequent calls and visits to help the remaining family after his mother's passing. Brad loved God and church. He exemplified the Rule of St. Benedict, welcoming all into his home no matter who they were, especially those that needed somewhere to go for the holidays. "Uncle Spud" took pride in his role as uncle, taking all of his nieces and nephews on elaborate vacations to Washington D.C., Disney Cruises, and Cancun in Mexico. Brad lived in Seattle with his brother Bruce's family during his medical residency and early career, being a pivotal figure in raising their children despite having no children of his own. Uncle Brad was always present for landmark events in his family's lives, such as weddings and graduations. He was kind to his brothers and adored by all sisters-in-law and extended family. Brad was Shirley Burke-Conran's (our sister in heart), man of honor at her wedding, which was very special to him. Brad was loving, traditional, generous, and sensitive, a dedicated caring son, a great friend. Brad was, and always will be, a huge figure in all of our hearts; he has brought great joy to our lives. He strove to accomplish all things in the best way he could. A Rosary will be held Monday, December 2, 2019, at Wood Funeral Home East Side, 963 S. Ammon Road, from 6-7 p.m. with a visitation to follow until 8 p.m. A Funeral Mass will be held at 11:00 a.m. Tuesday, December 3, 2019, at Holy Rosary Catholic Church, 905 S. Lee Avenue. The family will visit with friends one hour prior to Mass. Bradley 8/4/1960 - 11/16/2019Kevin Stoddard