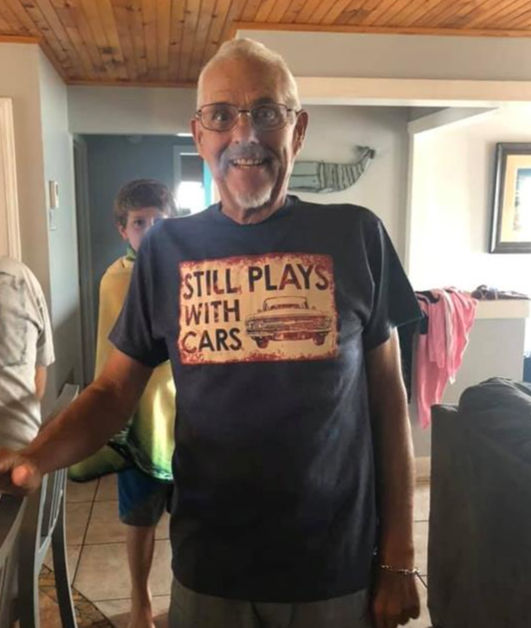 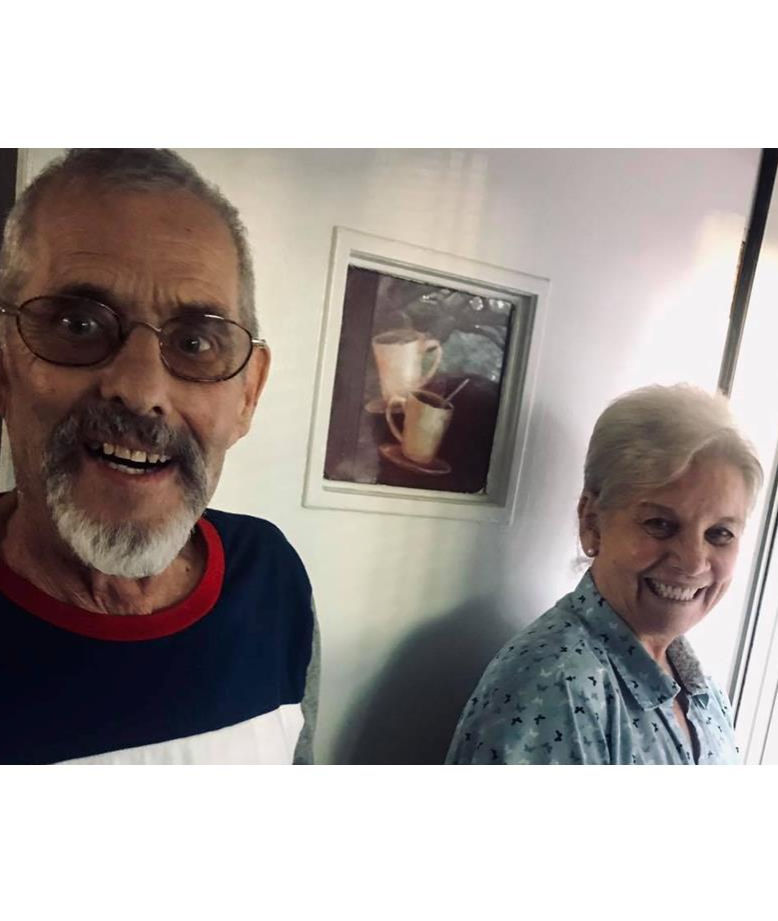 God answered prayers from near and far. Richard Street Dude was healed January 12, 2020. He is enjoying a reunion with his parents. His passing was quiet and gentle. He is no longer in the pain of cancer, but we will miss him terribly. Thank you everyone who has reached out with your kind words, thoughts and prayers. We can only make an attempt at honoring this man in words. His smile was genuine and his laugh contagious. You could hear the love in his voice when he spoke to you. His love for his family remains tremendous and undying. Even from heaven we feel him trying to heal our broken hearts. He developed the nickname Dude in the 80s, when kids were calling each other dude. He thought it was funny. He needed a nickname as he had created one for all of his family. The neighborhood kids ( who always felt welcome at the house and around him) started calling him dude and it stuck for a lifetime. He often had an extra car in the driveway he was working on for people he didnt even know that well! Kids would often stop by and ask Dude for advice on cars. He leaves behind his beautiful wife of 53 years Jackie Street Lovie and 4 children: Jerry Street Zow ( spouse: Ashleigh), Anna Long Tweezy, Gaila Allen Dode (spouse: Jeff), and Becky Whitacre Sparky (spouse: Kevin). His adored his 7 grandchildren Megan, Ashlyn, Kaleigh, Ava, Gavin, Amelia, and Eli. He leaves behind his brother Garry Street bro (spouse: Diane) and cousin Bill Street (Karla) and sisters Janet and Diane. In death he joins his sister Emily, parents Ray and Mary Street, and countless friends in heaven. Rich served in the US Army National Gard and went to Vietnam. He had several successful businesses in his career included a water well drilling company and a pump company. He lived in South East Idaho much of his life until he and Jackie began traveling and living the RV life in California, Nevada, Arizona and then setting in Pensacola Florida where they resided for the last several years. He had many hobbies throughout his life. He enjoyed restoring old cars and trucks, traveling, meeting new people and being with his family. Throughout his life he enjoyed golfing, trap shooting, camping, cross country skiing, swimming, water skiing, motorcycling and anything else he could try! He enjoyed wood working and could fix anything. His sense of humor was among the best! He would often joke with his brother Garry bro about who was more handsome! He would often make us laugh. One of his last wishes was to drive this old truck. We are so grateful for a lifetime of love and laughter dude! We know love because of you! A Celebration of Life and Love to be determined for June 2020 on FB through Dudes Crew. Please send any condolences to Rebecca Whitacre at 2080 Stosich Lane Idaho Falls, ID 83402. Richard 7/15/1945 - 1/12/2020Gail Street "Dude"