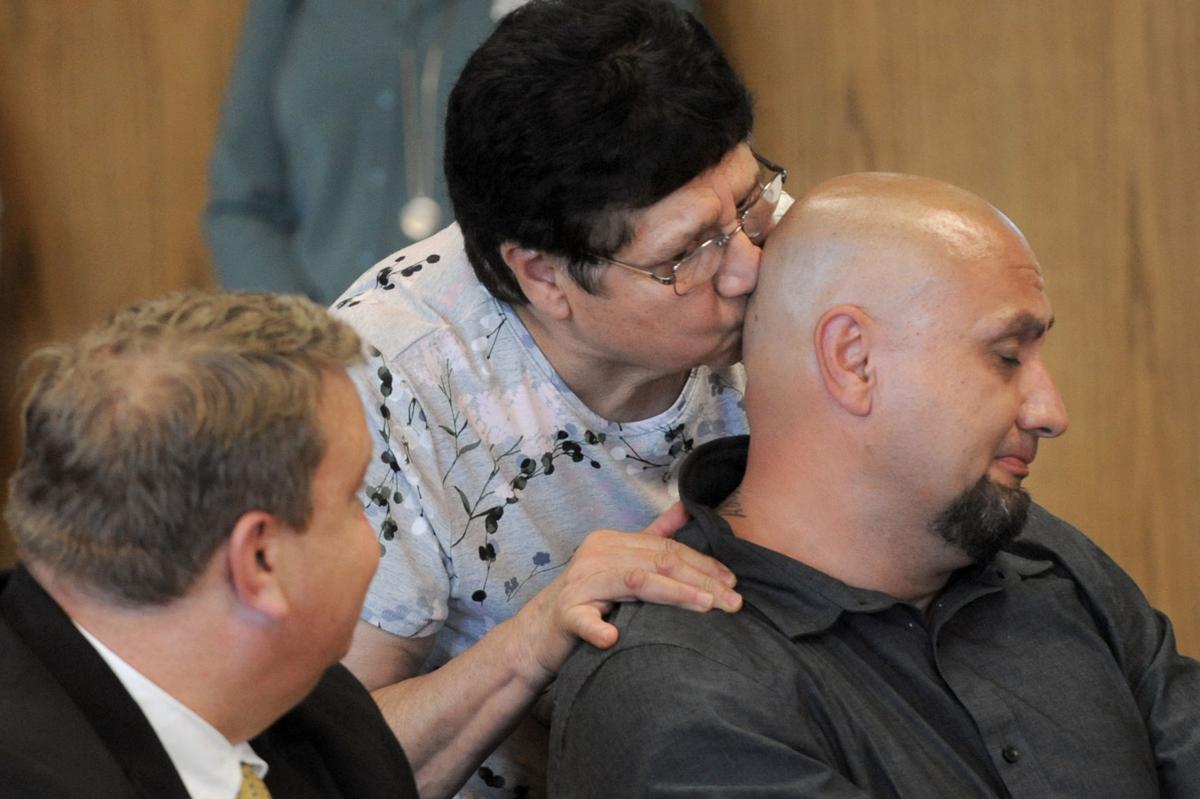 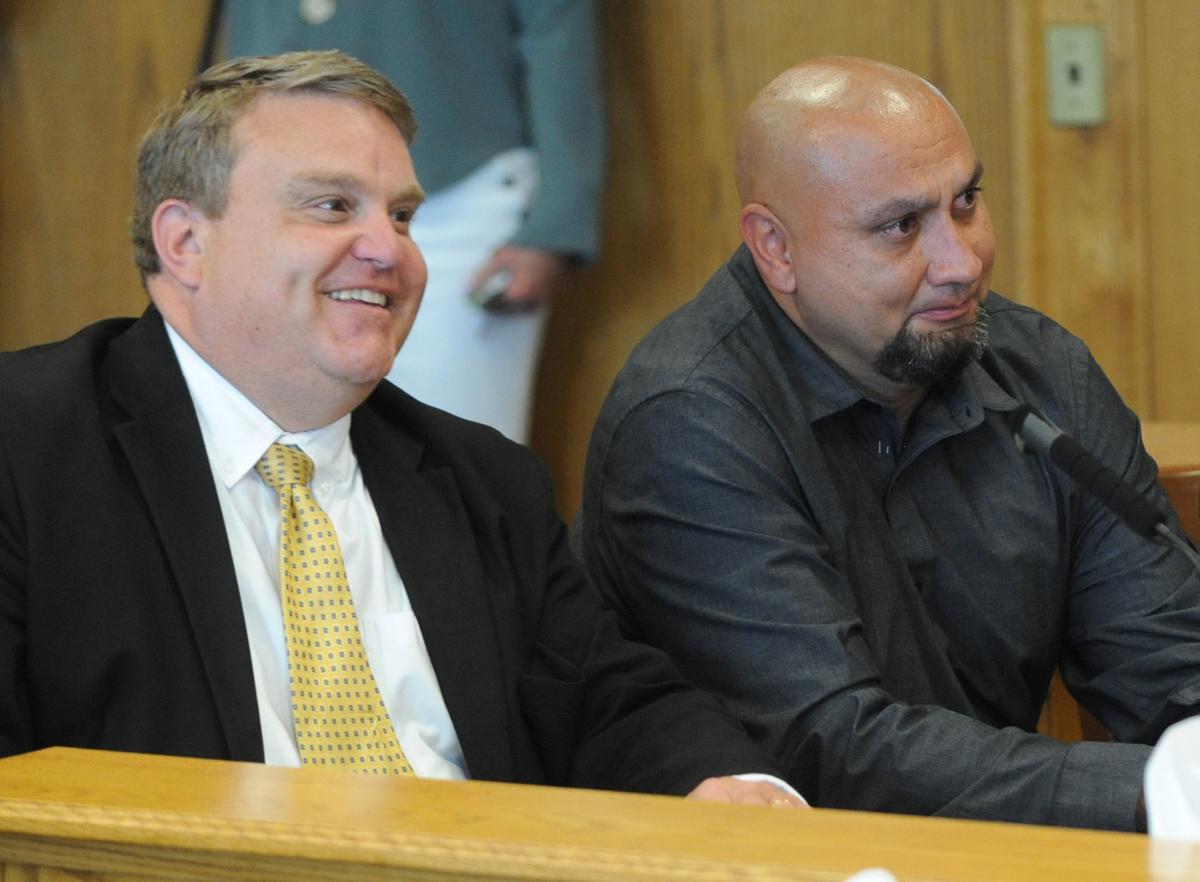 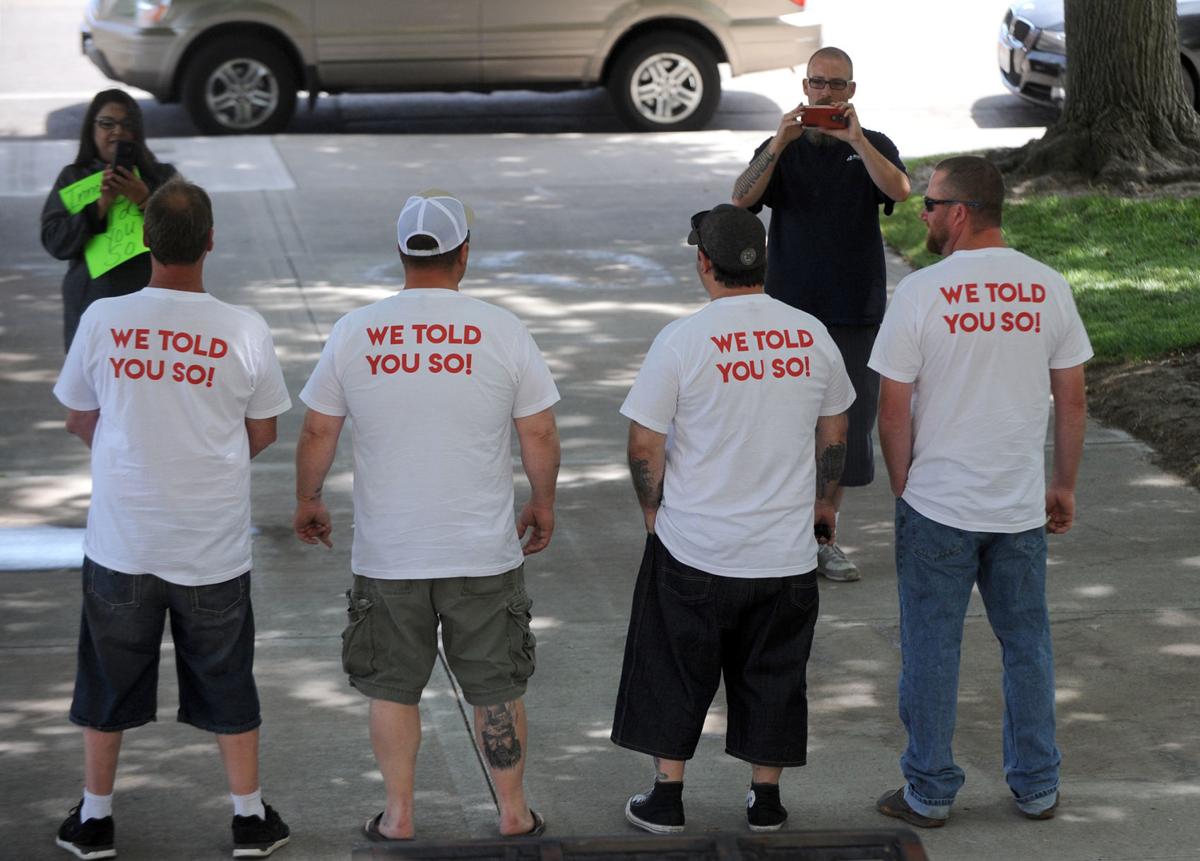 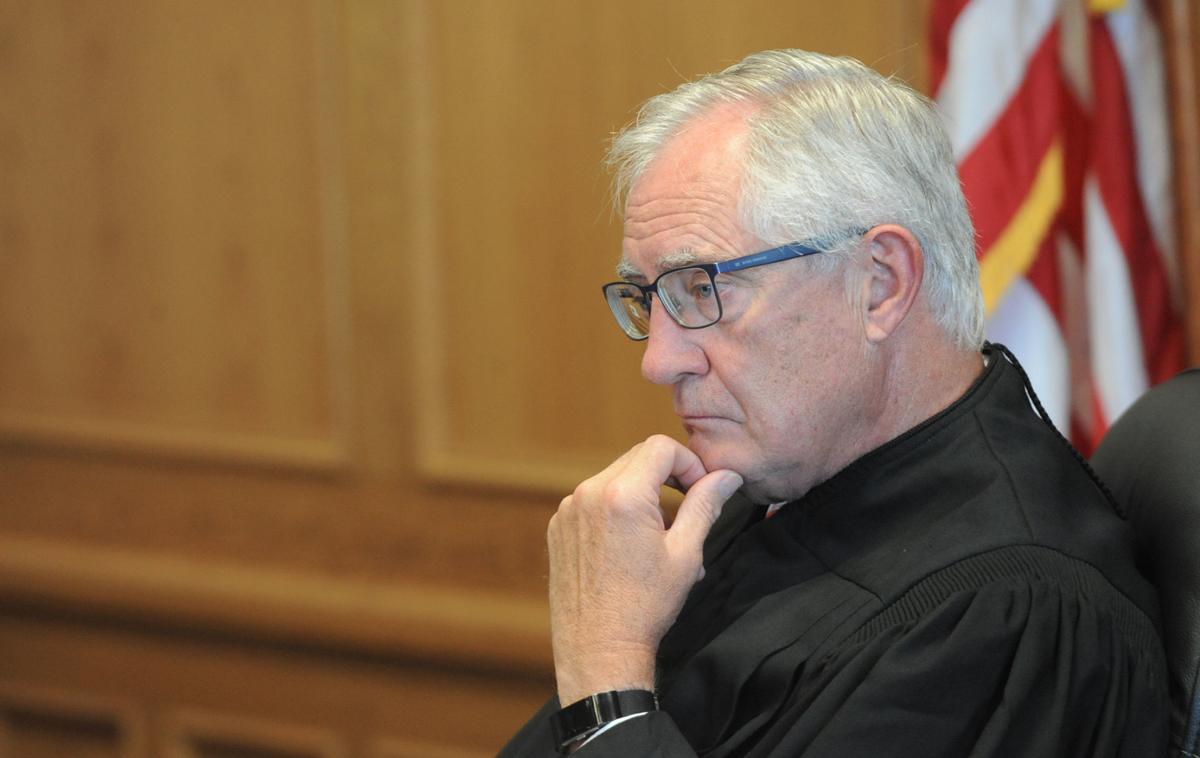 Christopher Tapp has cleared his name.

After serving more than 20 years in prison for the 1996 rape and murder of Angie Dodge, Tapp’s conviction was overturned Wednesday afternoon in a ruling that clears him of any involvement in Dodge’s death.

“I am thankful that my mother will know that this last name is clean,” Tapp said.

The courtroom in the Bonneville County Courthouse was packed for the hearing. Tapp’s family sat side-by-side with Dodge’s. Both families had lobbied for his innocence over the last decade. Friends of Tapp and Dodge filled a row of the courtroom with matching white T-shirts that read “Innocent” on the front and “We told you so!” on the back.

The reversal of Tapp’s conviction had been long in the making but was only finalized after Idaho Falls Police Department was able to match the DNA found at Dodge’s apartment to a new suspect, Brian Leigh Dripps Sr. Dripps confessed in May soon after being brought in for questioning and provided details to police that made it clear Tapp was not involved in the murder.

“As far as the court is concerned, you are cleared of the charges you have been living under for the past 20-plus years,” Judge Alan Stephens stated in his decision.

“I’m so thankful that I’ve been given this second chance at life,” Tapp said to the judge and assembled crowd. “I’ve wasted 20 years of my life for something I never did, but I also grew up over those 20 years.”

Those 20 years cost Tapp and his mother dearly. The house Chris grew up in had once been paid for but Vera remortgaged it to pay for her son’s defense attorneys. She took a job serving lunches at an elementary school so she could make the payments on the mortgage. In a 2014 interview with the Post Register, Vera estimated she’d spent $100,000 on her son’s defense.

When her ex-husband Payton died in 2000, Chris couldn’t attend his father’s funeral.

On Wednesday when Stephens dismissed the room after making his ruling, the gallery behind Tapp broke into standing applause. Tapp embraced his mother and Carol Dodge, Angie’s mother, before working his way through a line of well-wishers and interviews.

Brent Dodge, Angie’s brother, spoke on behalf of her family during the hearing. He expressed relief that this chapter of the family’s life had ended and that the truth about Tapp’s involvement had finally come out.

“He is no longer the face of our pain,” Dodge stated.

Carol Dodge said in an interview that she hopes Tapp’s exoneration will set the stage for reforms in Idaho.

“It’s Chris’ day. It’s just amazing that he is now free. It’s like a bird that just left the nest, and he’s free to fly,” she said. “It’s truly a day that will go down in history. It changed so many things for so many cases all around the country. ... Angie changed history.”

And Destiny Osborne, the prosecution’s only corroborating witness, who originally testified in 1998 that she heard Tapp confess at a party but later told the Post Register that she had testified falsely under police coercion, said the day brought her closure as well.

“It was really healing for be to be able to get that sense that it was finally done,” she said.

Stephens also had presided over Tapp’s previous legal victory in 2017, when he was released from prison and had his rape conviction overturned. As part of the deal he made with prosecutors in that case, Tapp had to agree to give up on challenging his murder conviction. Since he was unable to challenge that conviction in court, he largely was blocked from suing to seek compensation for the two decades he spent behind bars.

“We stringently try to hold those who are guilty accountable,” Clark told the court. “And sometimes that comes late.”

For years after his conviction, Tapp said that the confession that led to his sentence was coerced by Idaho Falls police detectives over a series of long interrogations and questionable polygraph tests. He said he had no involvement with or knowledge of the crime.

Outside experts who looked into the case agreed. A 2014 investigation by the nonprofit Judges for Justice found that the confession was coerced and did not match the physical evidence at the crime scene. Idaho Falls Police detectives Jared Fuhriman, Ken Brown and Steve Finn pushed Tapp to change his story about what happened on the night of Dodge’s death, repeatedly saying that he had suppressed memories of his involvement.

“There is no way Angie would have wanted an innocent man to stay in prison because of the dastardly deeds of a few individuals,” said Tapp’s defense attorney John Thomas.

When Tapp eventually confessed, he was unable to remember details about where the crime happened or who else may have been involved. The story that the detectives pushed Tapp to corroborate included three or more people being at the scene of the murder. The names Tapp provided for the other two men constantly changed and none of them ever matched the DNA found at the scene.

Despite Tapp’s conviction Idaho Falls Police continued to look for the suspect who raped and murdered Angie Dodge. After police contracted with Parabon NanoLabs to produce a “genetic mugshot” of the killer based on DNA left at the crime scene, genetic genealogist CeCe Moore was able to trace the killer’s family tree using information from the DNA left at the crime scene and genetic research.

That investigation led to police to Dripps, who had been living across the street from Dodge at the time of her murder but had never been asked to give DNA during the original investigation. After receiving the family match, police obtained a sample from one of Dripps’ discarded cigarette butts and matched him to the semen found at the murder scene.

During his confession to police, Dripps said that he committed the rape and murder on his own.

Idaho Falls Police Chief Bryce Johnson spoke to Tapp last week and said that Tapp did not ask for a public apology from the department if he was exonerated.

“As far as I cam tell, we are square with Christopher Tapp,” Johnson said.

Johnson also said there were no plans to hold an inquiry into what happened during the original investigation, citing the number of previous reports that had been done both internally and externally about the case, and said the department has become much more careful about false confessions in the ensuing decades.

Clark said since Dripps’ arrest in May, the police and prosecutor’s office have investigated Dripps’ claim that he acted alone. After matching his DNA to the scene and verifying other details Dripps gave about the murder, Clark found convincing evidence that Tapp had been falsely convicted and filed a motion to overturn the decision.

“Going back into this investigation, we had to come to a point where we had more answers than questions. That’s what these last two years have been about,” Clark said.

Minutes after being exonerated, Tapp had no idea what was going to come next for him.

'We know there are many more Chris Tapps out there'

Christopher Tapp's story is both unique and frighteningly common.