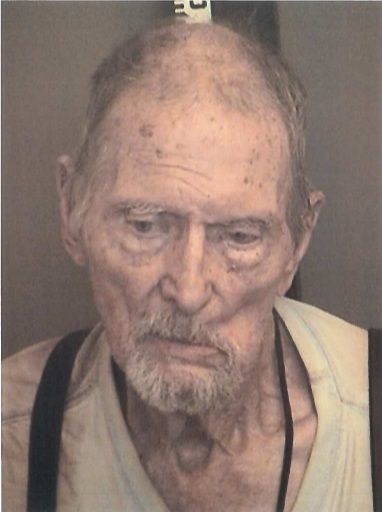 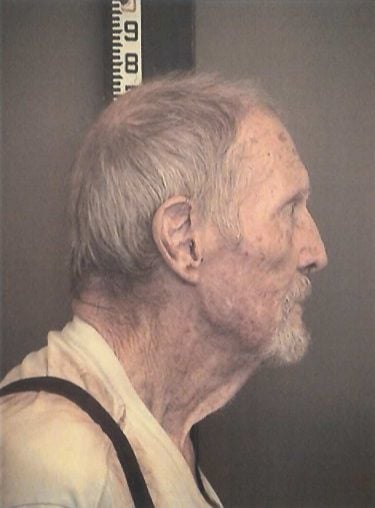 It’s the kind of place where people know their neighbors.

Unless that neighbor was Walter James Mason. But then again they wouldn’t know a Walter Mason.

Mason, who’d been wanted for nearly four decades for a murder in Clayton, Idaho, lived in a farmhouse just north of Rising Star for about 25 years under an alias. He was arrested there Oct. 1 and has been extradited to Idaho, where he’s being held in the Madison County Jail. Mason faces first-degree murder charges for shooting and killing Daniel Mason Woolley on Sept. 22, 1980.

Using a phone directory, the Post Register made several cold calls this week to residents and businesses in Rising Star to learn more about Mason and his time there, but hardly anyone seemed to know him.

Not at the senior center; not at the Farm Bureau Insurance office. Not at city hall.

There also are two Facebook groups that share news about the town. The story of Mason’s arrest has made national news in the Washington Post and on CNN, but the only national news story about the town shared on the groups’ pages this month was about a super-cute PeeWee football player’s inspirational pregame talk. It’s Texas after all, and football is king.

On Monday, staff at the Eastland County Jail, where Mason had been incarcerated while awaiting extradition, was friendly and loquacious while fielding a request for Mason’s booking photo.

Mason is an old man, they said, and in poor health. For several days after his arrest, he fought extradition. They were in the process of getting a governor’s warrant to force extradition when Mason suddenly, and surprisingly, waived extradition. The Eastland County Sheriff’s Office had to advise its Custer County counterparts that the Idaho deputies had to be prepared to transport a frail suspect.

But a couple days later, when a Post Register reporter called in an attempt to interview the deputy who’d arrested Mason, the sheriff’s office staff was tight-lipped.

After some more digging around, the Post Register found a couple with direct ties to both the stories making national news out of Rising Star this month — Willie and Brenda Ezzell. The Ezzells are the grandparents Lane Bridges, the inspirational grid kid. They also lived across the road from Mason for more than two decades.

In all that time, they only had three or four interactions with the man they knew — barely — as Walter Meacham.

“He never, hardly ever, left the house,” Willie Ezzell said.

Mason lived with Beverly Meacham, who the Ezzells thought was his wife, but now believe was his live-in. Beverly Meacham had worked at nearby Brownwood Independent School District. The district confirmed Meacham worked there from 2002 to 2007 as a special education diagnostician.

Ezzell said Meacham died a few months ago. The Post Register could not find an obituary for her online and the local paper is behind a paywall.

Willie Ezzell doesn’t remember Mason holding a job. He believes Meacham was the one with money. He recalls Mason raising some bucket calves for a time and said he also kept some really nice horses.

In 25 years, Ezzell’s interactions with the neighbor he described as a “recluse” and “pretty self-centered” involved helping him round up livestock that had escaped through a broken fence or pulling one of Mason’s vehicles out of a ditch. Ezzell said the gate to the place across the road was always locked.

After helping round up the cattle several years ago, Ezzell recalls that Mason barely acknowledged the assistance.

Another time Ezzell spent several hours helping Mason get a truck out of a ditch and towing it back to the farmhouse Mason shared with Meacham. That time, Mason did manage to say thank you.

The longest interaction the two ever had was a bit more than a month ago when Ezzell came home on a “really hot” Texas afternoon and found Mason under a shade tree. The frail man asked if Ezzell would take him to the pharmacy. Ezzell said he would, even though the pharmacy was 30 miles away.

Ezzell was standing next to Mason at the pharmacy counter when the pharmacist asked Mason his name.

“He said he went by several names,” Ezzell said, thinking the response was odd. “And then he said his name was Mason.”

Ezzell had never heard his neighbor called by that name before.

After the pharmacy, Ezzell asked Mason if he needed any other help. The man said he needed a battery for his truck, so Ezzell took him to the feed store to buy one. Then Mason said he could use some groceries, so Ezzell took him to the store where Mason bought three gallons of milk and a few boxes of cereal. While at the store, Mason reached into his pocket with trembling hands and pulled out two $100 bills, accidentally dropping one on the floor.

When Ezzell picked it up to hand it back, Mason told him to keep it for shuttling him around the county. Ezzell refused the cash and drove Mason home. When they got to the house Mason told him his doctor had told him he isn’t supposed to lift anything over 3 pounds. Despite that, Mason carried some of the groceries into the house, which sits about a quarter-mile back from the road.

A couple weeks ago, Ezzell came home at lunchtime to find his wife Brenda sitting with one of Meacham’s daughters who lives a couple hours away near Austin.

She was there to tell them they wouldn’t be seeing Walter around anymore.

Brenda asked if adult protective services had taken him in. She didn’t think a man in his condition should be living on his own.

Willie Ezzell went with the woman to get water to the livestock on the property. Mason had nine horses and a heifer on the 80-acre plot, but the pasture where the horses were only had a little water in a tank.

“He’s in real poor health,” Brenda Ezzell said. “He can barely get around, and his house was a complete wreck.”

But it wasn’t Mason’s health that did him in. It was his past.

The woman told them that Mason was in police custody because he was wanted for a long-ago murder in Idaho.

The woman told Brenda that she and her sister never knew Mason’s real name until after their mother died.

Willie suspects the woman learned it when she was attempting to get help for Mason.

After learning the name, the woman’s son’s girlfriend started searching for information on Walter James Mason on the internet and found that he was wanted for murder in Idaho.

Reached by text, Meacham’s daughter said she was “declining all interviews at this time,” noting that Mason’s arrest is “a sensitive family issue.” She did not respond to several fact-checking questions sent via text.

The Eastland County Today newspaper reported that when Eastland County Sheriff’s Chief Deputy Don Braly went to the home and asked the man if his name was Walter James Mason the man responded, “If you did not know the answer to the question, you would not even be here.”

Willie Ezzell said he heard that when Braly came to arrest Mason, the man said: “I always knew this day would come.”

Willie was a bit leery about talking to the press about his former neighbor with a violent past. He recalled a story about Mason getting into it with one of his stepdaughters in town a few years back, reportedly throwing a drink in the woman’s face and rearing back to try to hit her in the face with the empty mug. “I think they took him to jail that time,” Ezzell said.

“I don’t want him showing up on my front step and shooting me (for talking to the press),” he said.

For a place that doesn’t get much attention, the past month has shined a spotlight on Rising Star.

A fugitive wanted in relation to a four-decade old Custer County murder case has been arrested in Texas and extradited to Idaho.