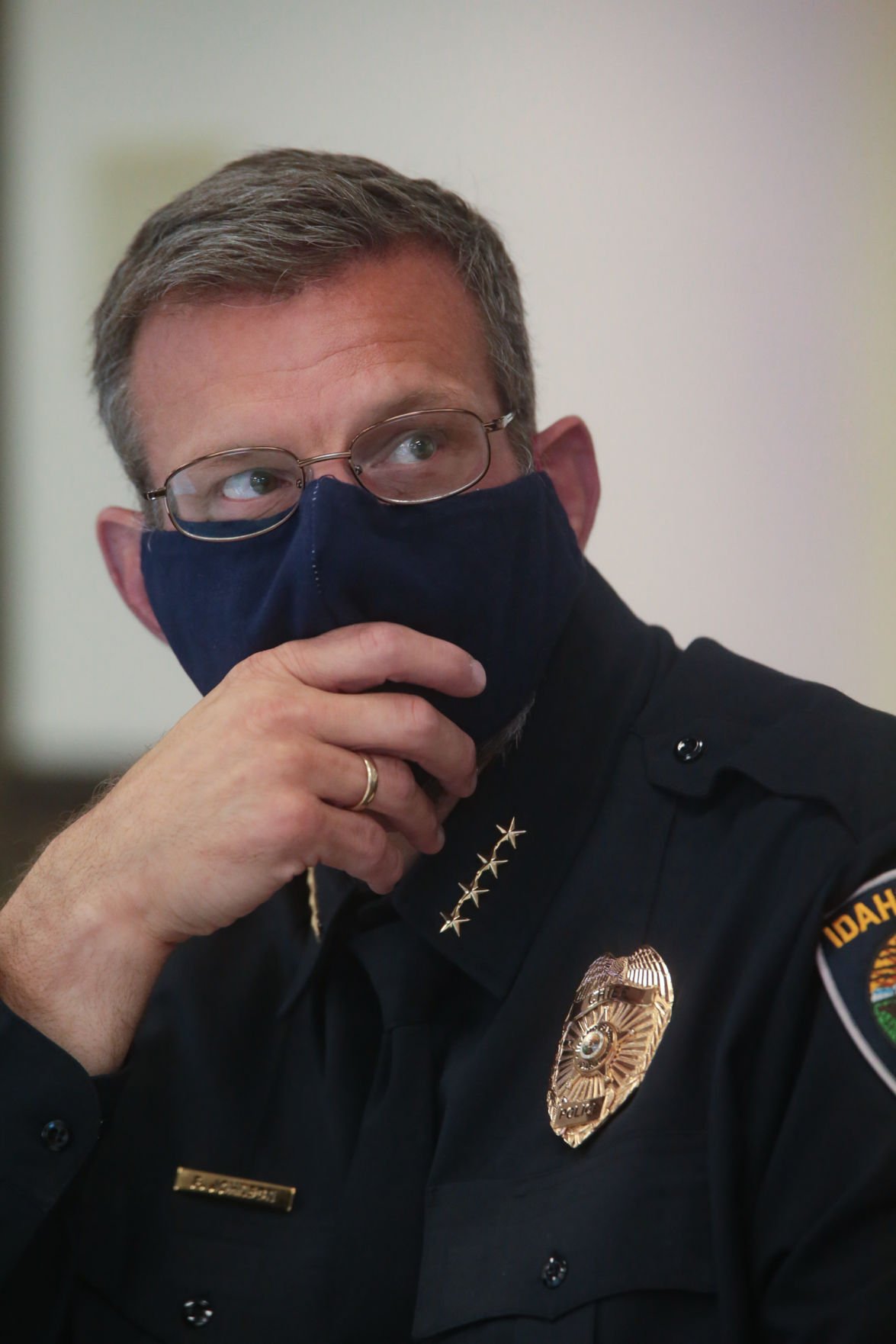 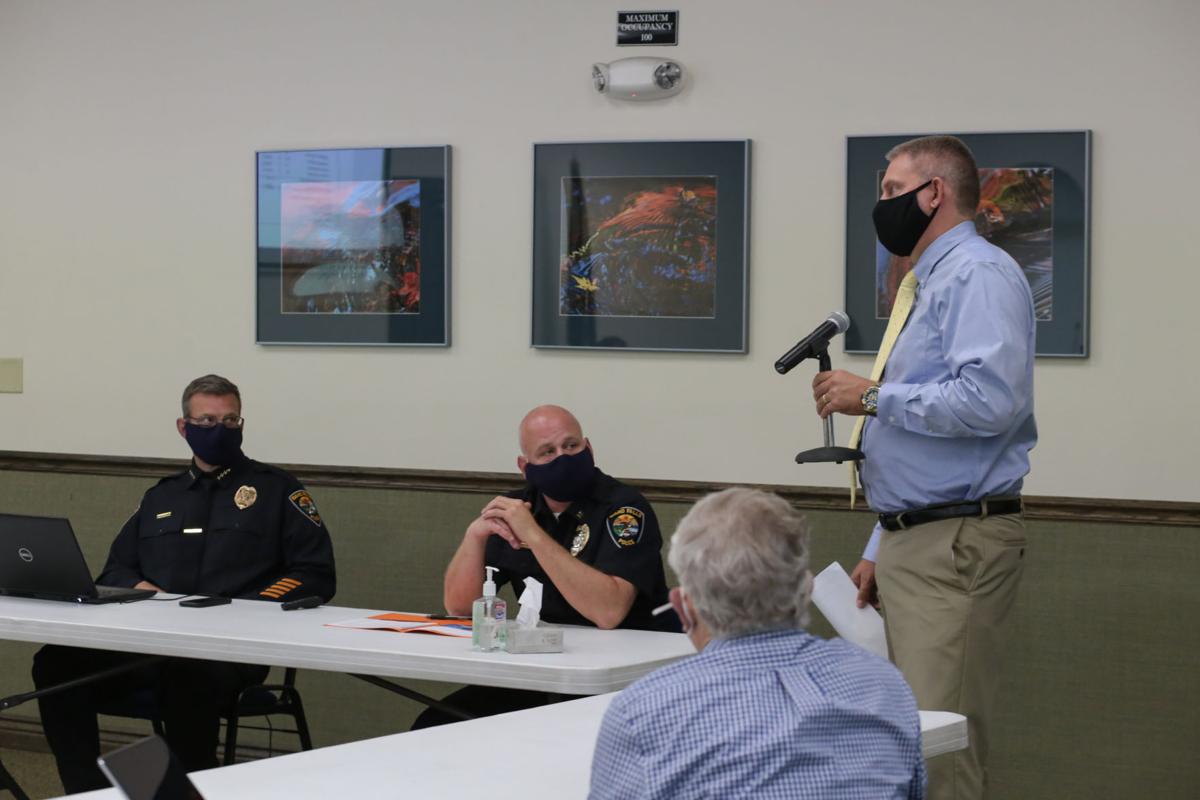 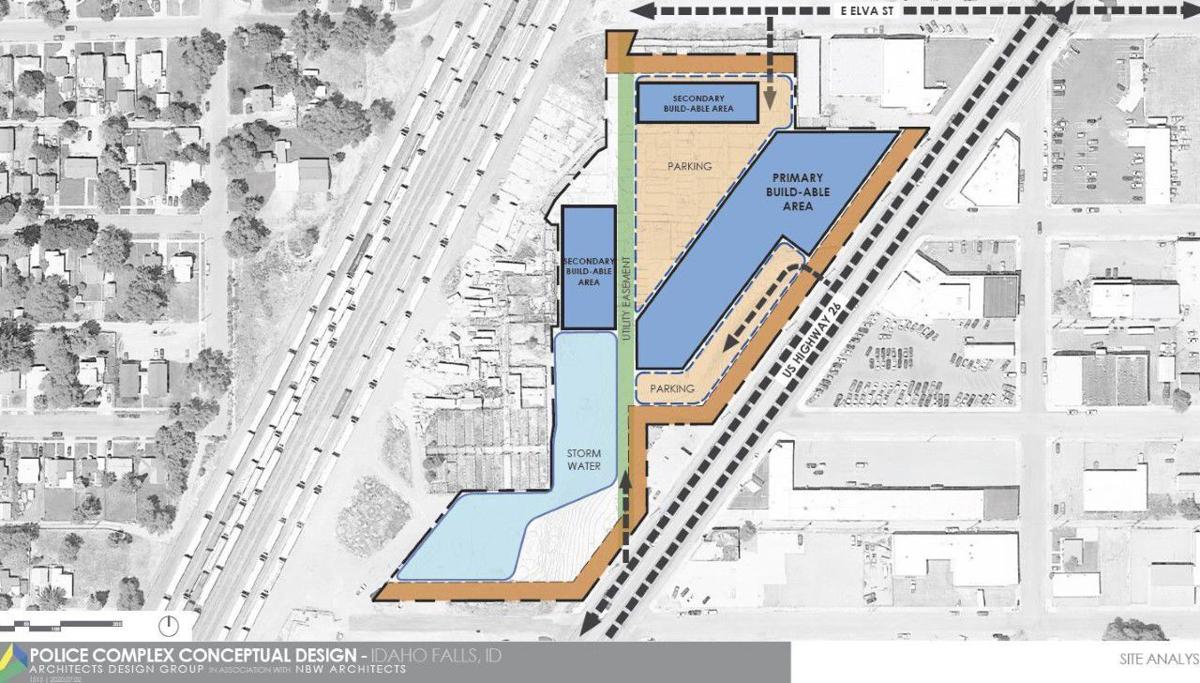 A conceptual drawing of a planned new police station on Northgate Mile in Idaho Falls.

A drawing of a planned new police station on Northgate Mile in Idaho Falls.

A conceptual drawing of a planned new police station on Northgate Mile in Idaho Falls.

A drawing of a planned new police station on Northgate Mile in Idaho Falls.

Idaho Falls city officials hope to get started on building a new police station within the next year, but some big questions need to be settled first, including how much it will cost and how it would be paid for.

The city paid $675,000 last year to buy the former Idaho Livestock Auction Company property on Northgate Mile and hired NBW Architects, of Idaho Falls, and the national firm Architects Design Group to design a new station earlier this year. The tentative 2020-2021 city budget contains another $1 million for the new building, which would unite police functions that are currently spread between eight different locations in the city under one roof. The City Council plans to vote to set a maximum budget Thursday and adopt a final one on Aug. 27.

While this will help with some of the design work or other preliminary costs, it's nowhere near enough to build the station, which will likely cost more than $20 million. The City Council needs to decide whether to seek a bond to cover the cost, which will need two-thirds voter approval, or to take out certificates of participation, which would cost a bit more over time but could let the city start construction a few months sooner and doesn't, unlike a bond, need approval from a super-majority of voters.

The Council has some time, but not much if the plan is to get a bond proposal on the November ballot. The plan now is to discuss the issue at a work session on Aug. 10, make a decision on Aug. 24 and finalize it with a vote at the Aug. 27 Council meeting.

Councilmembers went over the preliminary drawings and cost estimates Tuesday morning. The current estimate for the project is $41.18 million, of which $35.15 million is construction and the rest "soft costs" such as furniture for the building and engineering and consulting fees. Several councilmembers seemed surprised at this and said they want to find ways to build it for less.

Radford also said he supports seeking a bond and putting the project to a vote, since it will commit the city to 30 years' worth of payments.

"I think our citizens deserve that," he said.

Police spokeswoman Jessica Clements stressed that this initial estimate is based on building a station with more of the features the department wants, and that the number will go down both as the plan itself is scaled down and as the architects get into details such as what kind of construction materials will be used.

"We're very optimistic that we can get this number to one that is more appropriate for the budget of the city and one that the city can afford, but one that also builds a building that allows the police department to best serve the community years into the future," she said.

A big piece of the projected cost is about $7 million for site preparation, a number the Council hopes to bring down. Between $3 million and $4 million of that cost, said Mayor Rebecca Casper, is site work needed because the ground isn't level.

Councilmembers briefly discussed Tuesday whether to build somewhere else before deciding to stick with the stockyards site, pointing to advantages such as its location relatively close to downtown and to the Bonneville County Jail and the urban renewal value of putting the station in a part of town that could use some revitalization.

"I'm not willing to start from scratch and start looking at another site," said Councilman Jim Freeman.

Another way to save money, said police Chief Bryce Johnson, would be to get rid of the planned training and firing range building, which would take almost $3 million off the cost for the building and more, Clements said, by reducing the site work costs. Clements said they are also looking at ways to consolidate some functions, such as public and training areas that ideally would be built separately, into the same multi-purpose areas.

Police operations are scattered across the city now, with the main station in a building on North Capital Avenue that is owned by Bonneville County. Members of the public visiting the station need to pass through the county court's metal detector first, and the main public entrance is only open during business hours. A citizens' committee recommended building a new station last year, repeating the recommendation another such committee made in 2007. At that time the recommendation was tabled due to the recession.

The proposed new building would be two stories tall, with a public entrance off of Northgate Mile that, Clements said, would be designed to feel welcoming, with more secure areas as you get deeper into the building. When it is done, Clements said, all police functions would be brought to the new building, although dispatch would stay in the current facility shared with Bonneville County for now and the animal shelter would still be at a separate location.

Councilman Jim Freeman said the city needs to build a police station that will last for the next 40 or 50 years, saying “a wise man plants a tree that he may never sit in the shade of,” a paraphrase of a Greek proverb.

“We’re going to bite this off now,” he said. “Thirty years from now, people are going to say, ‘Boy I’m sure glad they did that,’ but it’s going to be difficult, and we know that. We’ve got to stick to our guns here.”

Dave Mickelsen is a rancher from Teton Valley. He was 6 years old when he first accompanied his father to the Idaho Livestock Auction on North…