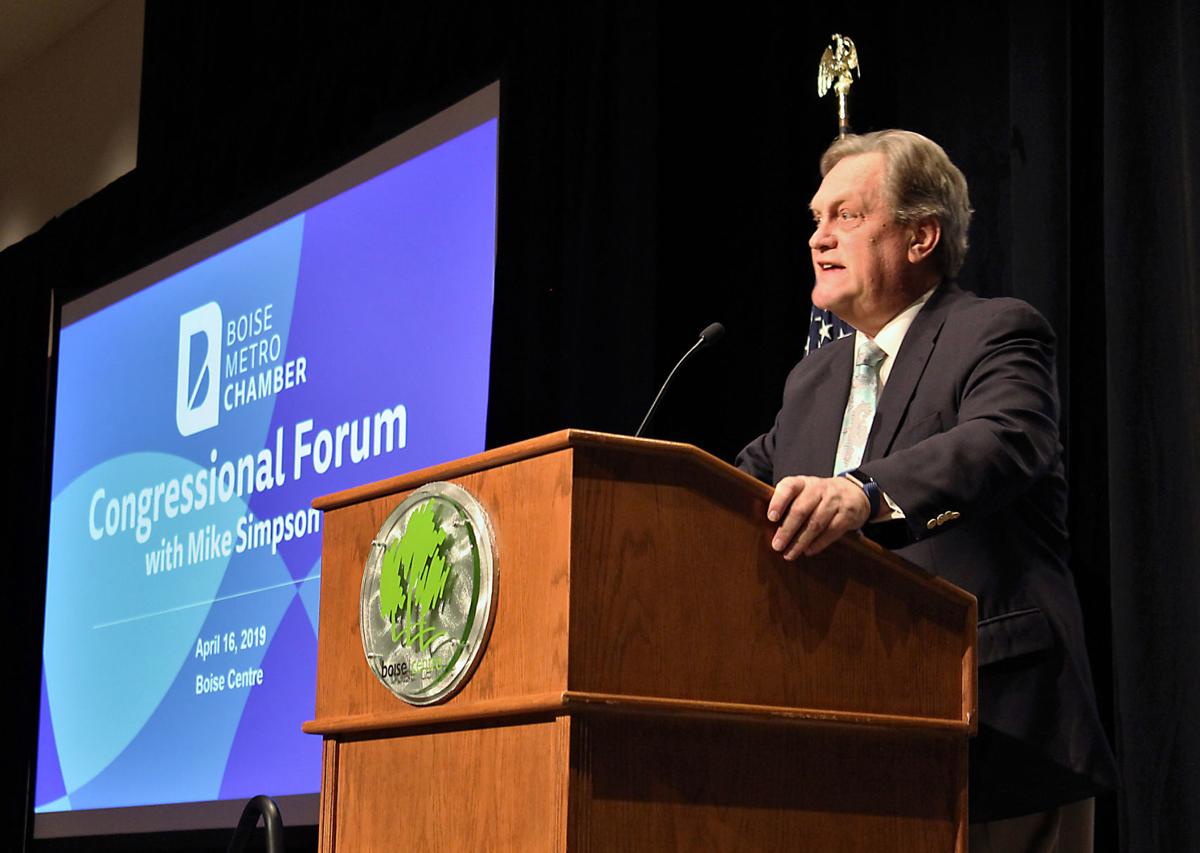 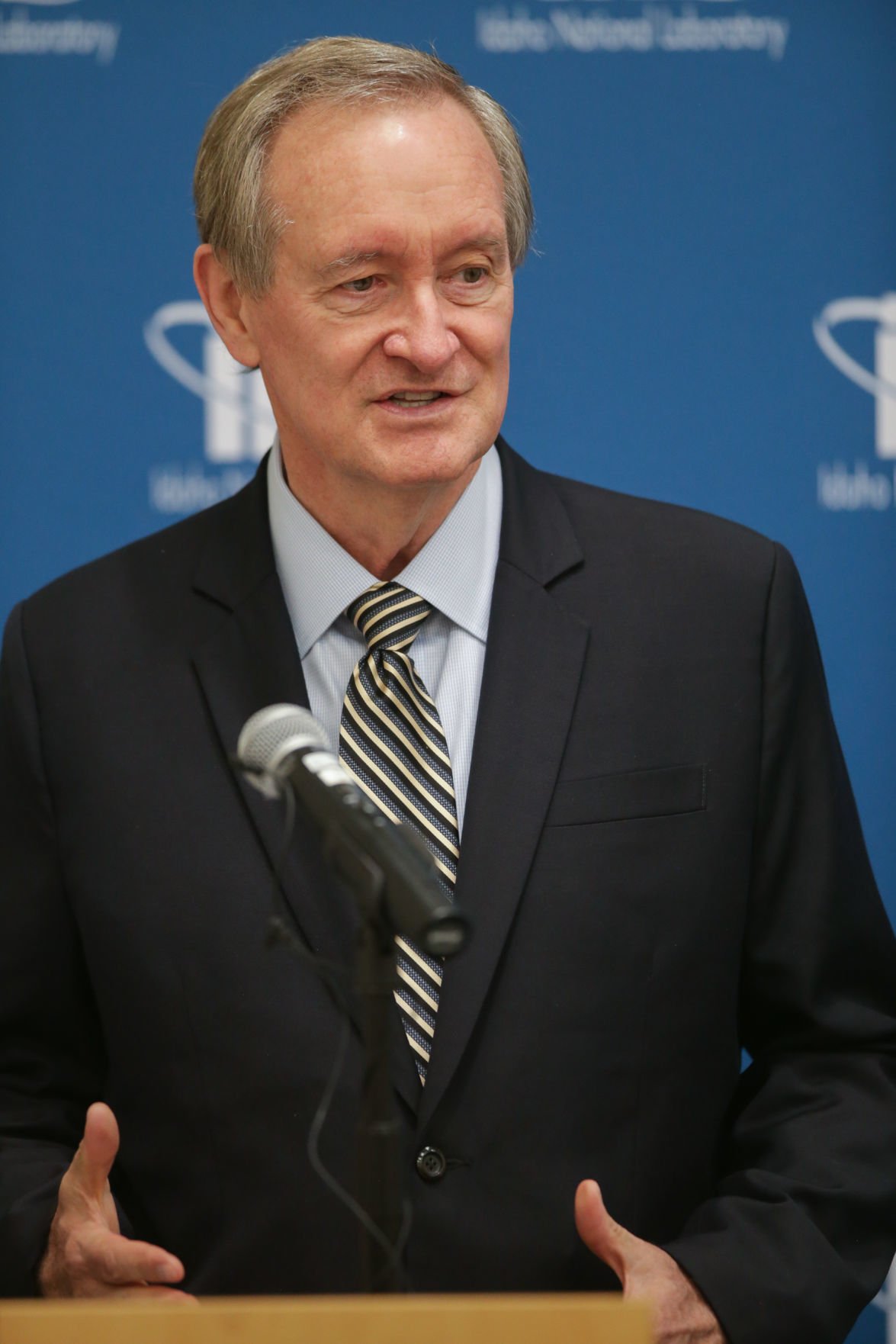 Sen. Mike Crapo, R-Idaho, speaks to audience members during the announcement of the launch of the National Reactor Innovation Center (NRIC) at Idaho National Laboratory on Wednesday, Aug. 14, 2019.

Sen. Mike Crapo, R-Idaho, speaks to audience members during the announcement of the launch of the National Reactor Innovation Center (NRIC) at Idaho National Laboratory on Wednesday, Aug. 14, 2019.

Eastern Idaho’s congressman and the state’s two senators said Friday they oppose defunding police departments, as some activists have called for in the wake of the deaths of George Floyd and others at the hands of police, but they do support some federal-level efforts to address police violence.

“Up-front, he thinks defunding the police is not the right approach, but he has said the law enforcement system does need reform and that he does still believe that a majority of law enforcement officers are hardworking Americans working to keep their communities safe,” Melanie Baucom, spokeswoman for U.S. Sen. Mike Crapo, R-Idaho, said Friday.

U.S. Sen. Jim Risch, R-Idaho, said “examining current laws and policing procedures to prevent what happened to Mr. Floyd from happening in the future is entirely appropriate,” but similarly opposes defunding police departments, saying it is “misguided and does nothing to help advance the conversation on these issues.”

“There are more than 800,000 law enforcement officers from coast to coast,” he said. “With few exceptions, they serve and protect our communities with great integrity and deserve our respect.”

U.S. Rep. Mike Simpson, a Republican who represents eastern and central Idaho, sent out an opinion piece Friday morning headlined: “Defunding the Police is Not the Answer.”

“Like many Americans, I watched in horror the cell-phone video of the murder of George Floyd,” Simpson wrote. “His death is a heart wrenching tragedy, and Mr. Floyd’s killers must be brought to justice.”

Simpson wrote Floyd’s death “has rightly cracked wide open a debate in America over social and criminal justice reform,” but drew a distinction between peaceful and violent protests.

“We cannot accept riots or the terrorizing of our communities, nor can we accept painting police with the broad brush of prejudice,” he wrote. “The fact is, most police officers are selfless public servants who risk their lives each and every day to protect our communities.”

George Floyd died on May 25 in Minneapolis when a white police officer, Derek Chauvin, knelt on his neck for almost nine minutes. The incident has set off massive protests nationwide and even globally and renewed the national conversation over police brutality and racial bias in law enforcement. Activists have also sought to highlight other instances of African Americans killed by police, including Breonna Taylor, who was shot to death in her home by police in Kentucky in March, and Ahmaud Arbery, who was shot dead in Georgia in February after a retired policeman and his son followed him because they suspected him of being a burglar.

Risch said he was appalled when he watched the cellphone video of Floyd’s death.

“Mr. Floyd was deprived of his God-given right to life, and the individuals responsible for his death have been correctly charged for their crimes and will rightfully pay the price,” he said.

“The senator has been angry and dismayed at the events surrounding the deaths of George Floyd, Ahmaud Arbery and Breonna Taylor,” Baucom said. “He does believe the situation at hand is something that needs to be taken very seriously.”

Idaho has seen peaceful protests in support of Floyd and Black Lives Matter in numerous cities, including Idaho Falls. In a couple of north Idaho towns, armed civilians have patrolled downtown business areas in response to online rumors that Antifa members were planning to come from out of town to do violence. Similar rumors, so far all unfounded, have been reported in small towns throughout the region.

Some activists have, in the wake of Floyd’s death, called for defunding or even abolishing police departments. Different people have different ideas about what this means, but one common theme is to redirect a substantial proportion of police budgets to other social services. Crapo and Simpson said they oppose this.

“I believe it is wrong to call for the abolition of police departments in the wake of this tragedy,” Simpson wrote. “Most Americans agree that the rule of law, and consequently law enforcement, are critical tools of our social contract, and we should make it easier for police officers to do their jobs well, not harder by draining their resources.”

In an interview Wednesday with conservative radio hosts Neal Larson and Julie Mason, Crapo said issues of racial bias need to be addressed, but not in a way that undercuts law enforcement.

“There have been some inappropriate and very, very bad acts by some police officials across the country, and these things have come to light recently, and that’s what’s causing a lot of this protest and violence,” Crapo said. “And we need to recognize that there needs to be reform in our law enforcement system. We also, at the same time, need to recognize that this is some bad apples, or bad actors, in these circumstances, but that the majority, the vast majority of our law enforcement officials are good hardworking people who put their lives on the line for us every day.”

In his op-ed, Simpson mentioned in general terms some reforms he would support, such as training police in de-escalation and in spotting and avoiding biases and increased accountability for the use of force. House Democrats have already released a police reform bill, and U.S. Sen. Tim Scott, R-S.C., the only black Republican senator, is taking the lead in crafting the Senate Republicans’ proposal. Baucom said Crapo’s staff is working with Scott’s and Crapo plans to review the legislation carefully.

“I think he just wants to make sure that reforms don’t undercut or hurt state and local efforts to enforce the law within their communities,” she said.

Risch said the Senate will review police reform proposals over the coming weeks. The U.S. Senate Judiciary Committee, of which Crapo is a member, plans to hold a hearing on police use of force on Tuesday, starting at 12:30 p.m. Mountain Time.

“None of us has the right to violate the liberties of our fellow citizens, nor does the government have unlimited, arbitrary power over its citizens,” he said. “Those who deny individual rights undermine everyone’s rights and freedoms.”

Local residents have formed a group seeking to advocate for reform within the Idaho Falls Police Department. The group held its first meeting …