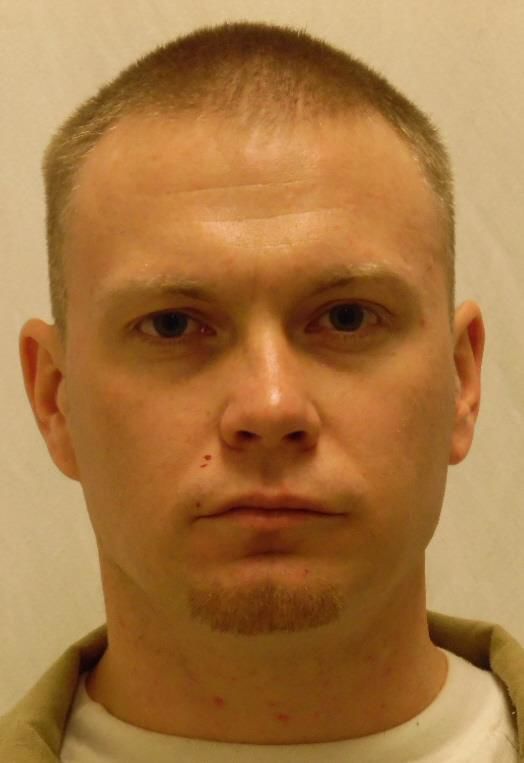 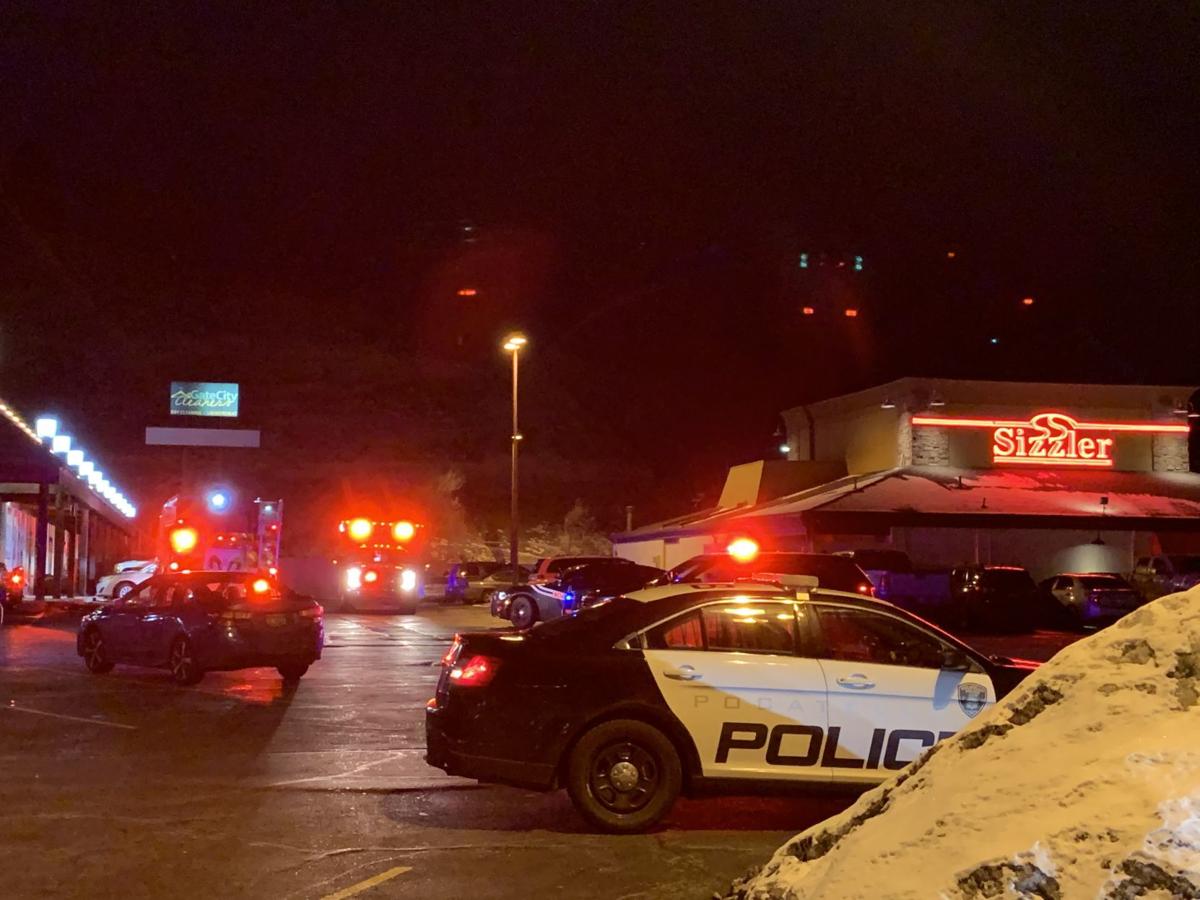 The scene of Monday evening’s officer-involved shooting outside of the Sizzler restaurant in Pocatello. Trevor Alan Van Horn, 29, of Idaho Falls, was shot by police during the incident and was transported via ambulance to Portneuf Medical Center where he remains in critical condition.

POCATELLO — Police have identified and charged one of two suspects involved in a Monday multi-agency narcotics investigation that ended in an officer-involved shooting outside of a popular Pocatello restaurant.

Pocatello police on Wednesday identified the suspect shot by officers in the parking lot of the Sizzler restaurant along Pocatello Creek Road as Trevor Alan Van Horn, 29, of Idaho Falls. The name of the other adult male suspect arrested in connection to Monday’s incident has not been released and authorities have provided no details on his involvement in the case.

Details about Van Horn’s injuries have not been released but authorities did say on Wednesday that he’s expected to survive.

Police said there will be more charges against Van Horn once the investigation into Monday’s incident has been completed.

When Van Horn is ready to be released from PMC he will be formally arrested by police and transported to the Bannock County Jail in Pocatello, Bannock County Prosecutor Steve Herzog said.

Although Van Horn remains in the hospital, a warrant has been issued for his arrest and his bond has been set at $100,000.

Once Van Horn is booked into the Bannock County Jail a date will be set for his initial court appearance, Herzog said.

Many of the details about Monday’s incident that ended with police shooting Van Horn outside Sizzler are not available to the media or public because the court records and police reports related to the charges filed against him have been sealed by authorities.

What is known is that Van Horn has a lengthy criminal record that includes charges filed against him in several eastern Idaho counties dating back to 2006.

In addition to previously being charged with aggravated assault and credit card fraud, Van Horn has been convicted of unlawful entry, possession of drug paraphernalia and in 2017 he was sentenced to serve 18 months in prison for a felony drug possession conviction.

Monday’s incident began to unfold around 5:30 p.m. when Van Horn drove away from the area of the Super 8 hotel on Bench Road in an attempt to escape a narcotics operation involving the U.S. Drug Enforcement Administration, Pocatello police, Bannock County Sheriff’s Office and Idaho State Police, authorities said.

Authorities told the Idaho State Journal that Van Horn fired multiple shots at the pursuing law enforcement officers in the area of the Super 8 and outside of the Chevron convenience store during Monday’s incident, but officers did not open fire on him until they confronted him outside Sizzler.

It was in the Sizzler parking lot that law enforcement officers opened fire on Van Horn, wounded him and took him into custody, according to the Bannock County Sheriff’s Office.

No one was wounded by Van Horn’s gunfire, police said.

Van Horn was transported via Pocatello Fire Department ambulance to PMC after being shot.

The names of the officers involved in the shooting have not yet been released but authorities have confirmed that members of the Bannock County Sheriff’s Office, Pocatello Police Department and Idaho State Police were participants.

Monday’s incident is under investigation by the East Idaho Critical Incident Task Force, with the Idaho Falls Police Department serving as the lead agency. The task force, an organization comprised of East Idaho law enforcement agencies, is called in to investigate any time an officer-involved shooting occurs in the region.

Suspect shot by police in critical condition at PMC