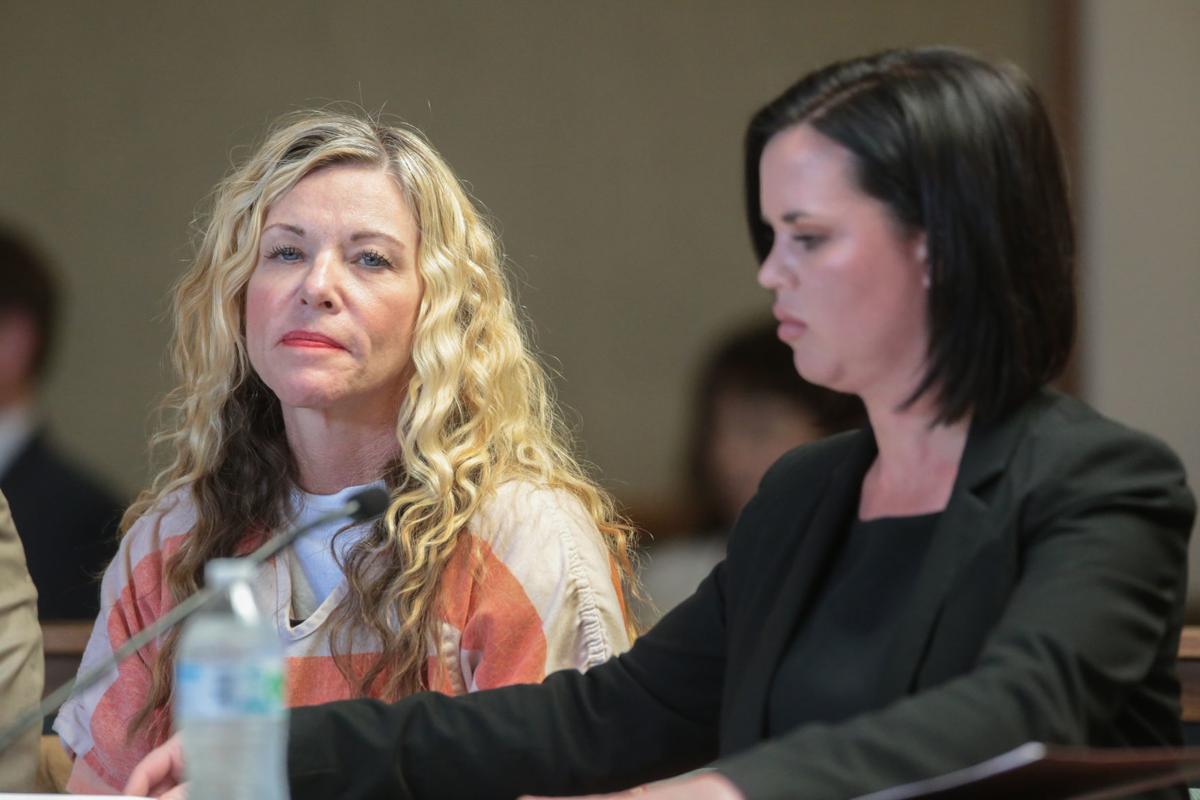 Lori Vallow glances at the camera during her hearing on Friday at the Madison County Courthouse in Rexburg. 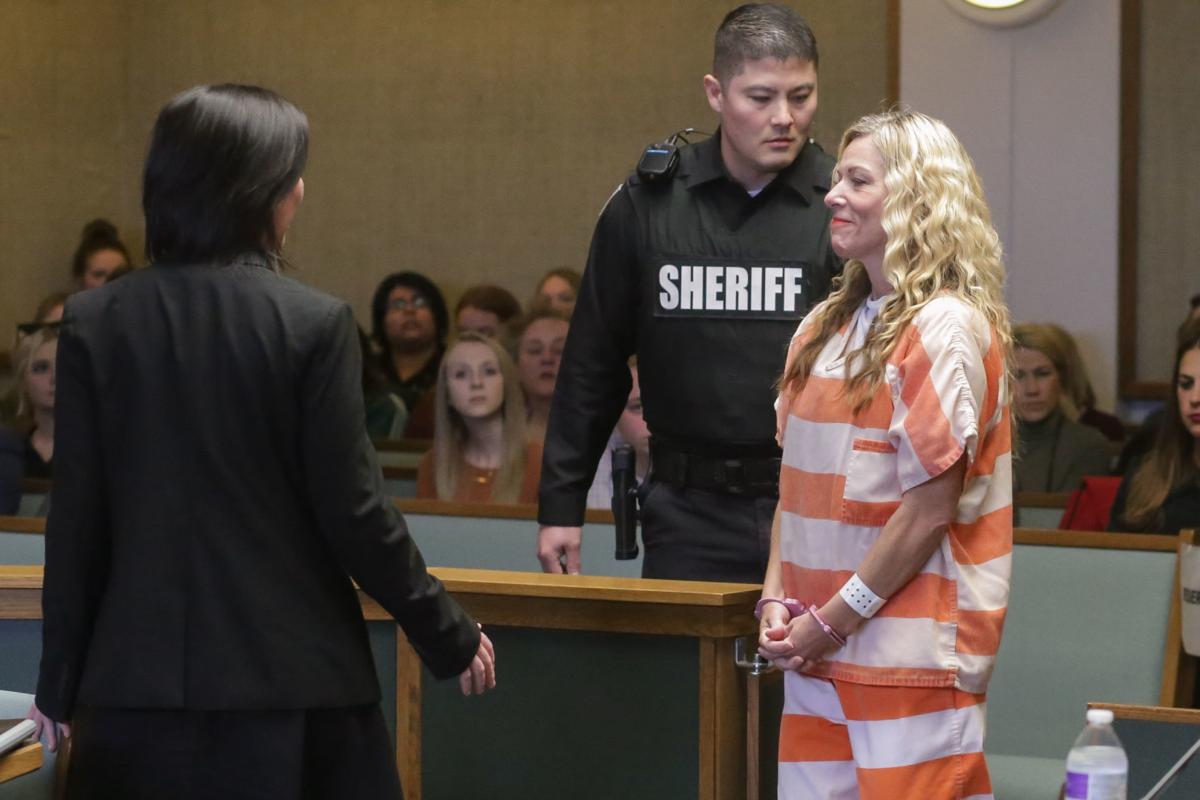 Lori Vallow enters a courtroom in Rexburg during her March 6 bond hearing. Vallow’s bond was set at $1 million. 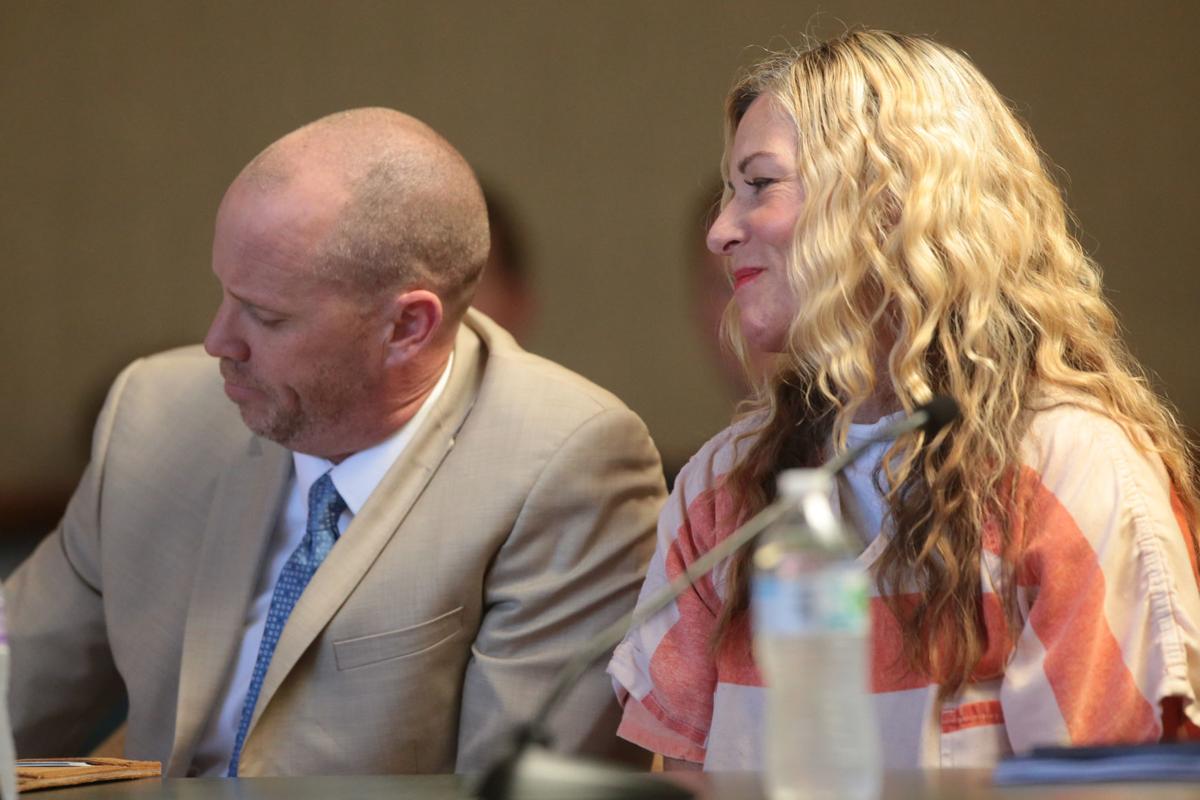 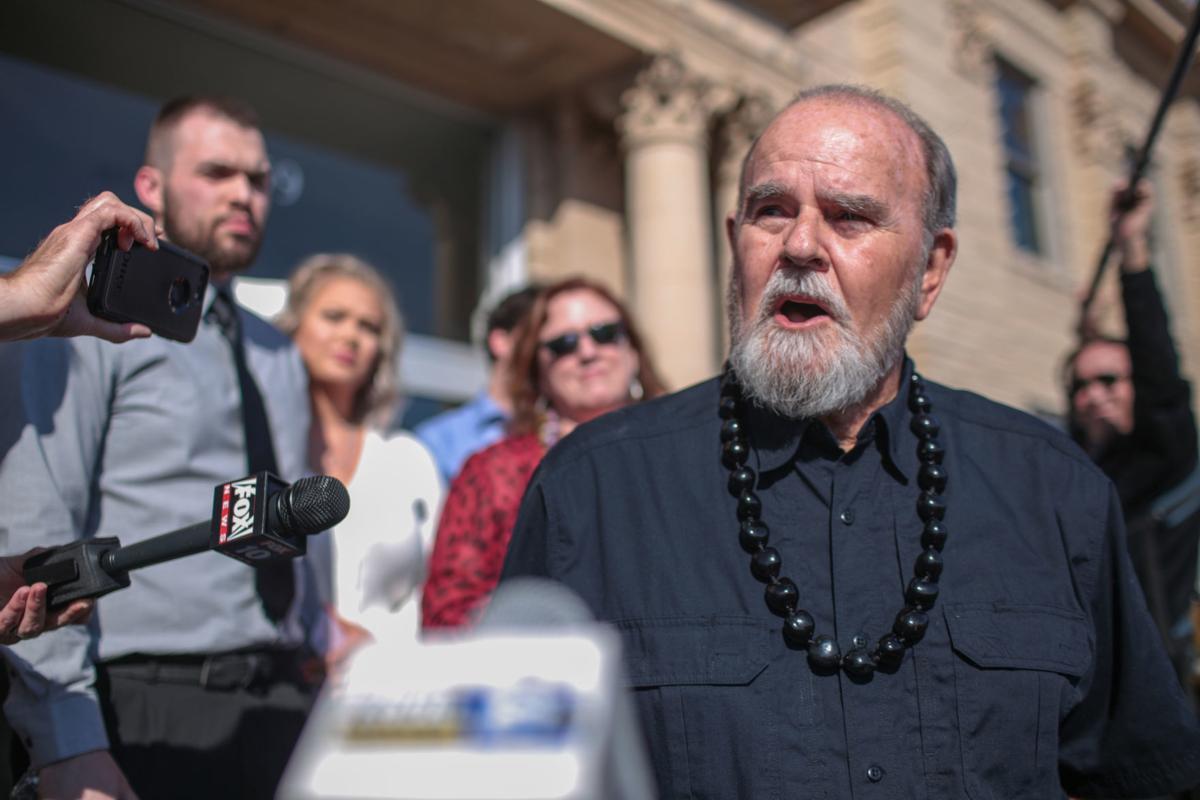 Larry Woodcock addresses the media during the hearing for Lori Vallow on March 6.

Lori Vallow glances at the camera during her hearing on Friday at the Madison County Courthouse in Rexburg.

Lori Vallow enters a courtroom in Rexburg during her March 6 bond hearing. Vallow’s bond was set at $1 million.

Larry Woodcock addresses the media during the hearing for Lori Vallow on March 6.

REXBURG — Lori Vallow’s hearing was set to begin at 2 p.m. Friday, but people were already showing up at 8 a.m. By 11 a.m., every available seat in the small Madison County courtroom was packed with media and curious members of the public. Some brought books, some brought babies. All waited hours to see Lori Vallow face her charges.

Outside, the sidewalks were lined with cameras and TV news reporters from around the country. Intermittently, a relative of the defendant's missing children would walk by, and immediately dozens of microphones would be thrust in their face.

Inside, more than 20 police officers donning bulletproof vests patrolled the building. Two stood at each of the three courtroom entrances guarding the doors.

As the clock inched closer to the designated time, family members of Vallow's missing minor children walked in from a side door and sat in the rows of benches behind the prosecutor's table. Approximately 22 of the children's relatives filled the entire two rows reserved for them. Faces that have been seen separately in the media for months were now all gathered in one room. Most notable among them were J.J. Vallow’s grandparents, Larry and Kay Woodcock, Vallow’s adult son, Colby Ryan, and Vallow’s niece’s ex-husband Brandon Boudreaux.

Vallow’s husband, Chad Daybell, and his lawyer Sean Bartholick followed shortly after — the only bodies to occupy the two benches set aside for the defense’s family.

“The first count is desertion or non-support of children or spouse. That is a felony under Idaho law. ... Miss Daybell do you understand what count one alleges as well as the maximum penalties?”

“Yes,” Vallow replied. Her voice seemed too quiet in the full courtroom.

The judge continued to read off her charges. The total charges were two felony counts of desertion and nonsupport of dependent children as well as misdemeanors involving resisting or obstructing officers, criminal solicitation to commit a crime, and contempt of court. Vallow faces a maximum of 30 years of incarceration.

All charges involved the disappearance of Vallow’s two children, 17-year-old Tylee Ryan and 7-year-old J.J. Vallow. Though her minor children have not been seen since September, Vallow never reported them missing. She has repeatedly lied to the police about their whereabouts and solicited others to lie as well. After police questioning, Vallow and Daybell fled to Hawaii, where they have been residing since December.

This was Vallow’s first Idaho court appearance. She was extradited from Hawaii this week and landed at the Rexburg airport with her police escort on Thursday.

After Vallow was read her charges, the judge went on to set dates for the preliminary hearing. Prosecutor Rob Wood affirmed the state needed two weeks to prepare and would need the preliminary hearing to take place over the course of two days. Vallow’s defense lawyer Edwina Elcox agreed to those time frames. Eddins suggested March 18 and 19, to which both sides agreed. The hearing will take place at 9 a.m.

For the third time, a defense attorney then asked that Vallow’s $5 million bond be lowered to $10,000. Elcox argued that she was not a flight risk and suggested the bond was only set so high because of media attention on the case.

“The last thing that should happen is to allow this case to be tried in the media and to allow public opinion and rampant speculation to dictate how the case proceeds through the judicial system,” Elcox said.

Throughout Elcox's arguments, Vallow could be seen nodding in agreement.

The judge agreed to lower her bond, but only to $1 million. This means Vallow will only need to put up $100,000. A number of conditions were set on her bail, including signing a waiver of extradition, wearing an ankle monitor and remaining in Madison, Jefferson, Fremont and Bonneville counties.

After court adjourned, the Woodcocks made a statement on the steps of the courthouse. J.J.'s grandparents wore necklaces made by Hawaiians who wanted to show their support. Larry Woodcock showed surprisingly little animosity toward the woman he accuses of taking his grandchild.

“I don't care what the judicial system does or doesn't do to Lori. But I do care about what has happened to Tylee and to J.J. … All we're asking for is where are the kids? It has nothing to do with anything else. If Lori gets free tomorrow, she's free. But tell us where the kids are. That's all I want to know," Larry Woodcock said.

Vallow remained in the Madison County Jail as of Friday night.

Check out photos of the Lori Vallow trial in Rexburg.