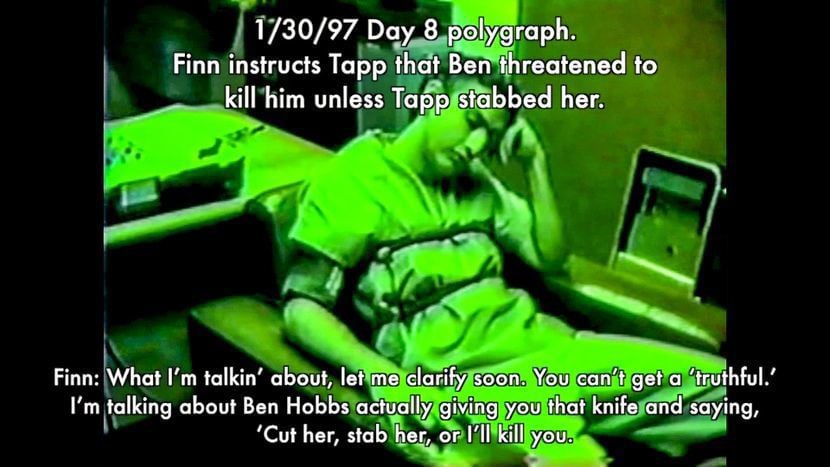 Experts have roundly criticized interrogations tactics used on Christopher Tapp leading up to his false confession. 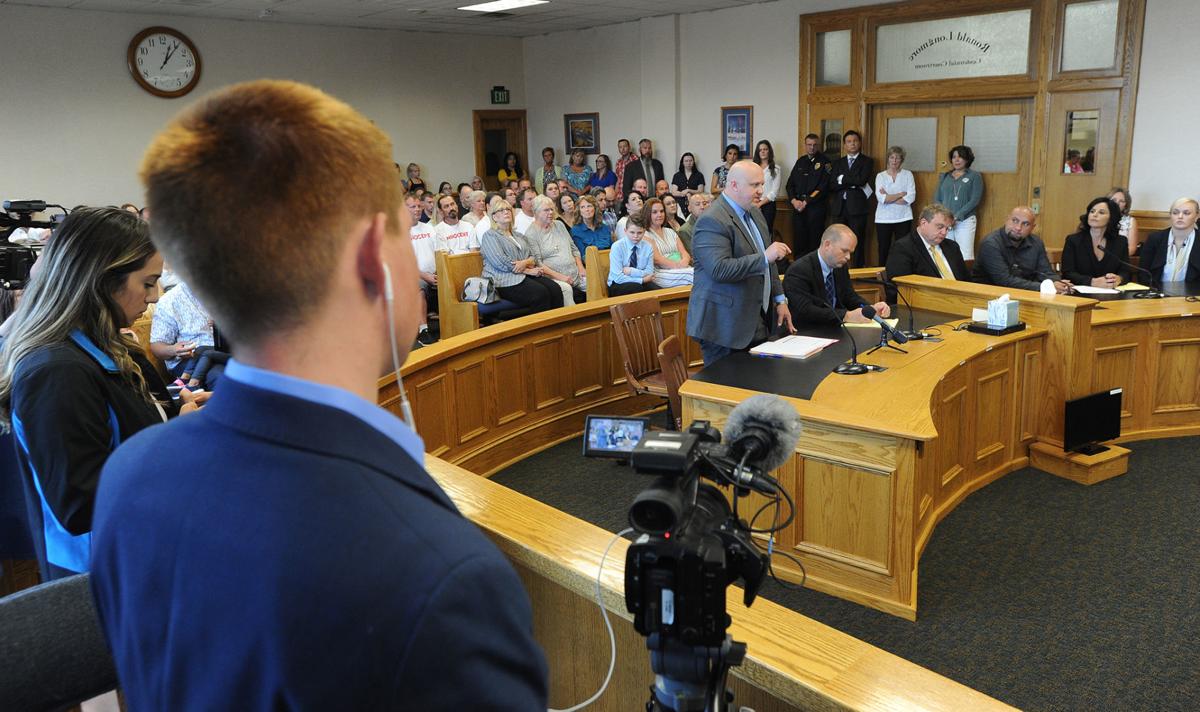 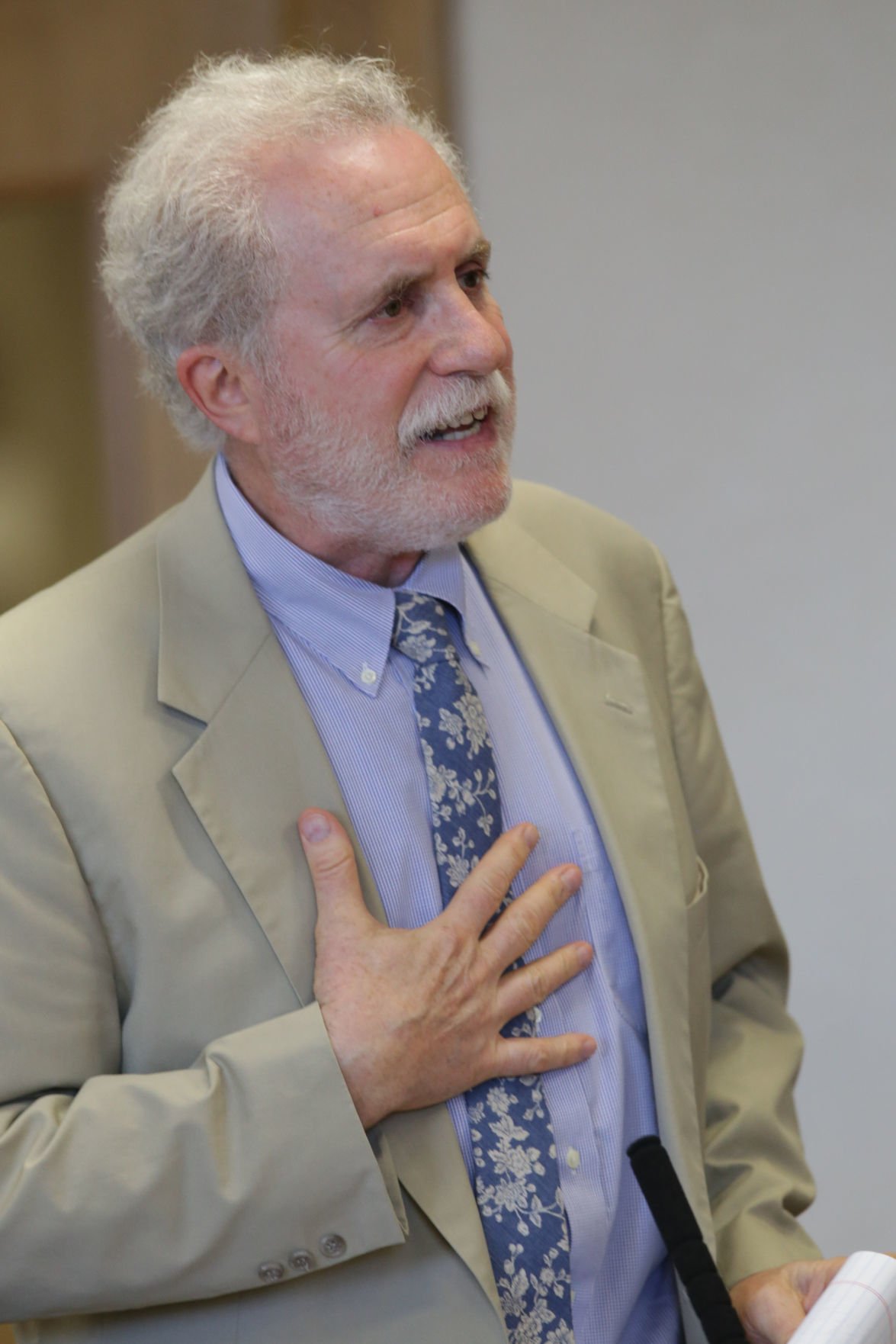 Experts have roundly criticized interrogations tactics used on Christopher Tapp leading up to his false confession.

In a green-tinted video dating to January 11, 1997, then 20-year-old Christopher Tapp is seen being interrogated by an Idaho Falls Police Department officer.

Tapp had not been arrested, but detectives suspected him of being involved with the murder of Angie Dodge six months prior. No lawyer was visible as Tapp was questioned by then Detective Jared Fuhriman.

Fuhriman presented himself as Tapp’s friend, telling the suspect he would take the fall and potentially face the death penalty unless he told officers it was Benjamin Hobbs who raped and murdered Dodge.

“That little extra bit you got, we are gonna be able to take Ben and dropkick him through the goalposts of life,” Fuhriman told Tapp. “I’m serious as a heart attack.”

Tapp would eventually tell detectives Hobbs had killed Dodge and made Tapp participate. Hobbs would never be charged for the murder, however, because his DNA did not match samples recovered from the scene of the crime.

Tapp would go on to be convicted for the murder based on his false confession, despite the fact that his DNA was also not a match. It would take two decades before he was eventually exonerated, following a DNA match and confession by Brian Dripps, a man who lived across the street from Dodge at the time of the murder.

According to law enforcement and legal investigators who have reviewed Tapp’s case over the years, his confession was the result of officers improperly using interrogation techniques to coerce a confession, costing Tapp 20 years of his life in prison while the man whose DNA did match the samples walked free.

Legal efforts to exonerate Tapp ramped up in 2014 when the wrongful conviction group Judges for Justice reviewed the interrogation. Though officers involved with the case said Tapp was convicted based on details he knew about the case, a report by Former FBI Agent Stephen Moore — who headed up investigations into Al Qaeda in the Los Angeles office following the September 11 attacks — detailed how officers fed information about the murder to Tapp and coerced his confession.

Over 68 pages Moore analyzed the missteps made by detectives, calling out each error individually.

A few months after Angie Dodge’s murder, Benjamin Hobbs was arrested for raping a woman at knifepoint. The similarities led detectives to focus on Hobbs, ignoring evidence that contradicted their theory that he was the rapist, Moore argued.

“The detectives’ mistaken conclusion (taken in the absence of any supporting physical evidence of Hobbs’ guilt in the Dodge case) clouded their judgment and allowed a predetermined conclusion to dictate the priorities and tactics of their subsequent investigation, rather than evidence already (and subsequently) obtained,” Moore wrote.

A key piece of evidence in convicting Tapp — what one court called the “crux” of the state’s case — was Fuhriman’s testimony at Tapp’s trial that officers did not reveal any information to Tapp during the interrogation, testimony that stands in stark contrast to reviews of the interviews.

Tapp was interviewed nine times over three weeks in 1997, spending a total of 20 hours with officers. He denied his guilt until police told him he could face the death penalty or life in prison unless he said Hobbs had forced him to stab Dodge. From there, Tapp gave multiple, inconsistent explanations for his role in the murder — and many of those inconsistencies were ignored by the officers interrogating him.

“In essence, the detectives appeared to accept as true anything that they agreed with their theories, and discarded anything which did not fit their preconceived notion of the crime,” Moore wrote.

When interrogating suspects, law enforcement officers rely on a factor known as sole-source information, details about the case that would only be known to the police or a witness. If the subject of an interrogation can volunteer facts they couldn’t know without having direct knowledge of the crime, that can be used to demonstrate that a confession is true. But in the Tapp interrogation, police fed such facts to Tapp, contaminating the interrogation.

In 2013 IFPD Detective Phil Grimes testified on the importance of sole-source information in Tapp’s conviction.

“He knew things that no one else should have known about that murder scene,” Grimes said.

Moore also described how officers “coached” Tapp by turning the interview into a guessing game. In one occasion, he describes how officers asked Tapp what furniture was in the room. Tapp gives several incorrect answers that are met with silence from Detective Ken Brown.

Brown eventually moved on to a different line of questioning after Tapp failed to describe the furniture. In other instances when Tapp did guess the correct answer, detectives responded immediately with more questions.

Moore determined that several of the mistakes made by the officers interrogating Tapp came from their misuse of the Reid Technique, an interrogation process that is used by law enforcement officers nationwide and focuses on confronting the defendant with the evidence of their guilt.

Two of the officers who interrogated Tapp, Brown and Fuhriman, were using elements of the Reid Technique.

The Reid Technique has drawn criticism in recent years as lawyers and investigators have alleged it can lead to false confessions.

According to Moore, however, the detectives compounded that risk by using interview tactics that have been associated with the Reid Technique, but have been disavowed as flawed, including by John E. Reid & Associates, which developed the technique. In his report, Moore notes that all of the techniques rejected by Reid are used by Fuhriman and/or Brown, including threatening Tapp with the death penalty, implying he would get a lighter sentence if he blamed Hobbs for the murder, and conducting long and extensive interviews.

“I think, unfortunately, too many people are doing it the same way,” Moore said in an interview with the Post Register.

Even in 1997, Moore said, officers would have received training warning them of the pitfalls of such techniques.

“The drumbeat now is much louder,” Moore said.

Cases like Tapp’s have raised awareness among law enforcement, attorneys and the general public about the potential of false confessions.

Innocence Project Co-Founder Peter Neufeld said a fourth of the defendants they have exonerated since 1989 offered confessions. In an interview, he cited many of the same criticisms Moore made during the investigation.

“Law enforcement is aware of it, and it was obviously completely irresponsible and, frankly, illegal, for police to interrogate Chris Tapp the way they did,” Neufeld said.

Like Moore, Neufeld noted how officers fed Tapp information and interrogated him for hours until he gave them the story they were seeking.

Neufeld said once a judge or jury hears the defendant confessed to a crime, the defense is “screwed.” He said the only chance for a defense attorney is to call a psychologist to the stand who can explain why a person would confess to a crime they did not commit.

When reached by phone, both said they no longer teach the Reid method of interrogation. David Thompson, vice president of Wicklander — Zulawski & Associates Inc., said his company had taught the method for 33 years but stopped teaching it in 2017. Thompson cited the case of Brendan Dassey, who was convicted of murder in 2005. His case was featured in the Netflix series “Making a Murder.” Thompson said the case was an example of how the Reid technique could be abused, especially when interrogating minors or mentally disabled suspects.

John E. Reid & Associates responded to Wiklander — Zulawski’s decision in 2017, saying the company was teaching a 33-year-old version of the Reid Technique and that false confessions came from deviating from their technique rather than the technique itself, which they called “The Gold Standard” of interrogation.

Clements said the Reid Technique is still in use at the Police Department, but that it is just one part of the interview training officers receive. She said she was confident every officer had attended new training in the last two years, but could not be sure without reviewing the training schedule.

The Post Register requested interviews with Idaho Falls Police Chief Bryce Johnson and Captain Bill Squires, but was told both were unavailable.

Moore contrasted the Idaho Falls Police Department’s recent efforts on the case with the 1997 investigation.

In an email to the Post Register, Idaho State Police Public Information Officer Tim Marsano said the Peace Officer Standards & Training provides four hours of instruction on interview techniques to future officers but does not teach the Reid Technique.

Bonneville County Public Defender John Thomas, who has long represented Tapp during his appeals, said he still sees aspects of the Reid Technique used by the Idaho Falls Police Department. He noted, however, that officers and detectives use less deception and lies than they once did, and that the Reid Technique appears to be in decline.

“Some of the guys who have been on the force a bit longer, they still use it,” Thomas said.

Moore said the Reid Technique can still be useful to interrogators if they are aware of its potential pitfalls.

What is the Reid Technique?

The Reid Technique gained popularity in 1955 after John Reid, then a Chicago Police Department officer and polygrapher, extracted a confession from Darrel Parker, who was accused of murdering his wife. Parker was later exonerated after another man confessed to the murder.

The method consists of three phases.

Factual Analysis: The interrogator evaluates the subject's connections to the evidence, their background and likelihood of guilt, what motivation they may have, etc.

Interrogation: According to John E. Reid & Associates’ website, “The interrogation of a suspect should only occur when the investigator is reasonably certain of the suspect's involvement in the issue under investigation.”

This phase consists of nine steps:

The steps are described in detail on John E. Reid & Associates’ website at http://www.reid.com/educational_info/critictechnique.html.

Idaho is one of 15 states in the country that doesn’t provide any sort of compensation to people who are wrongfully convicted of a crime.