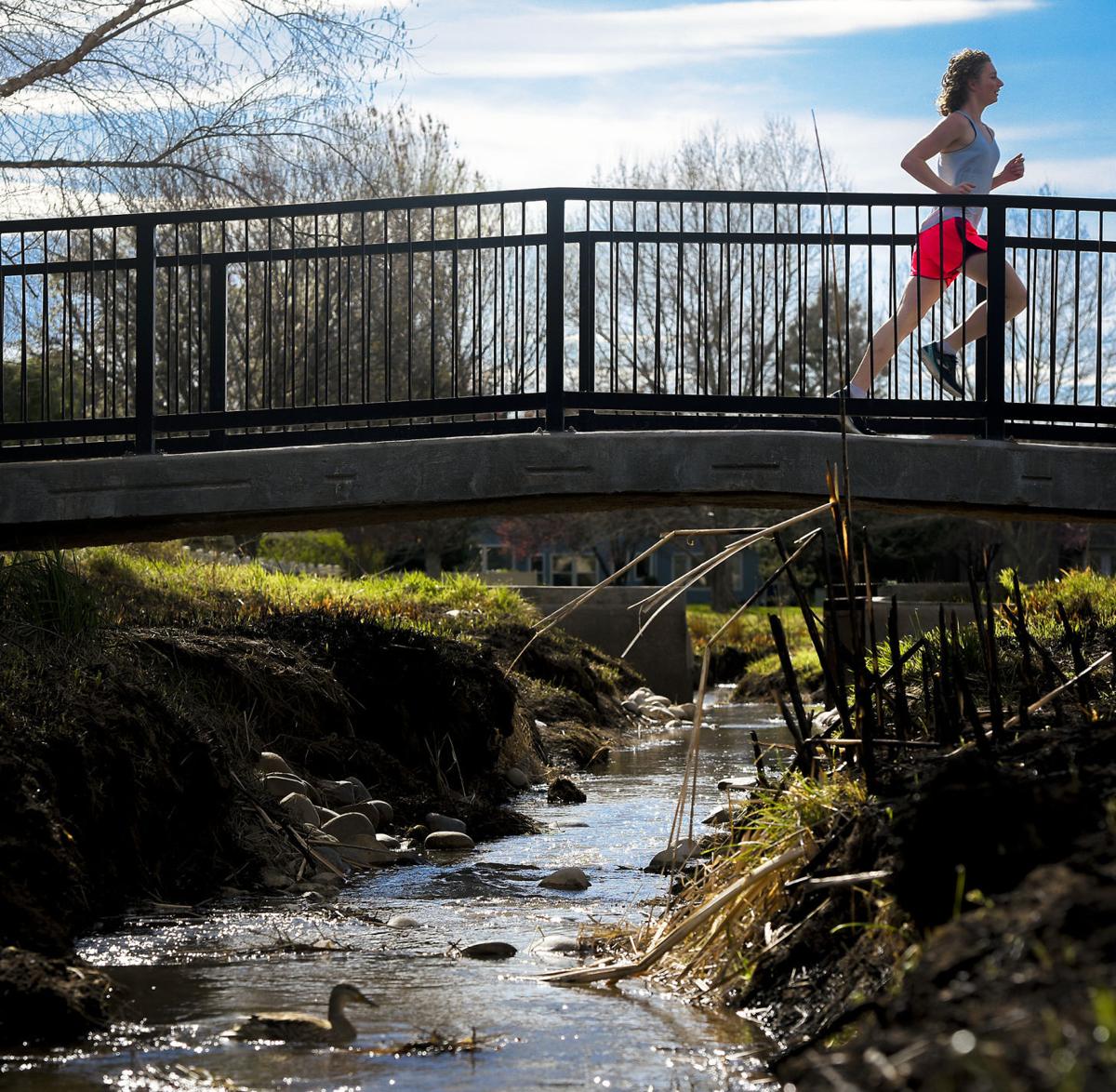 Lindsay Hecox, 19, goes for her daily run through her neighborhood’s park in Boise on Tuesday, April 14, 2020. Hecox is one of the plaintiffs in a lawsuit challenging Idaho’s House Bill 500, which bars transgender girls and women from playing on female high school and college sports teams. 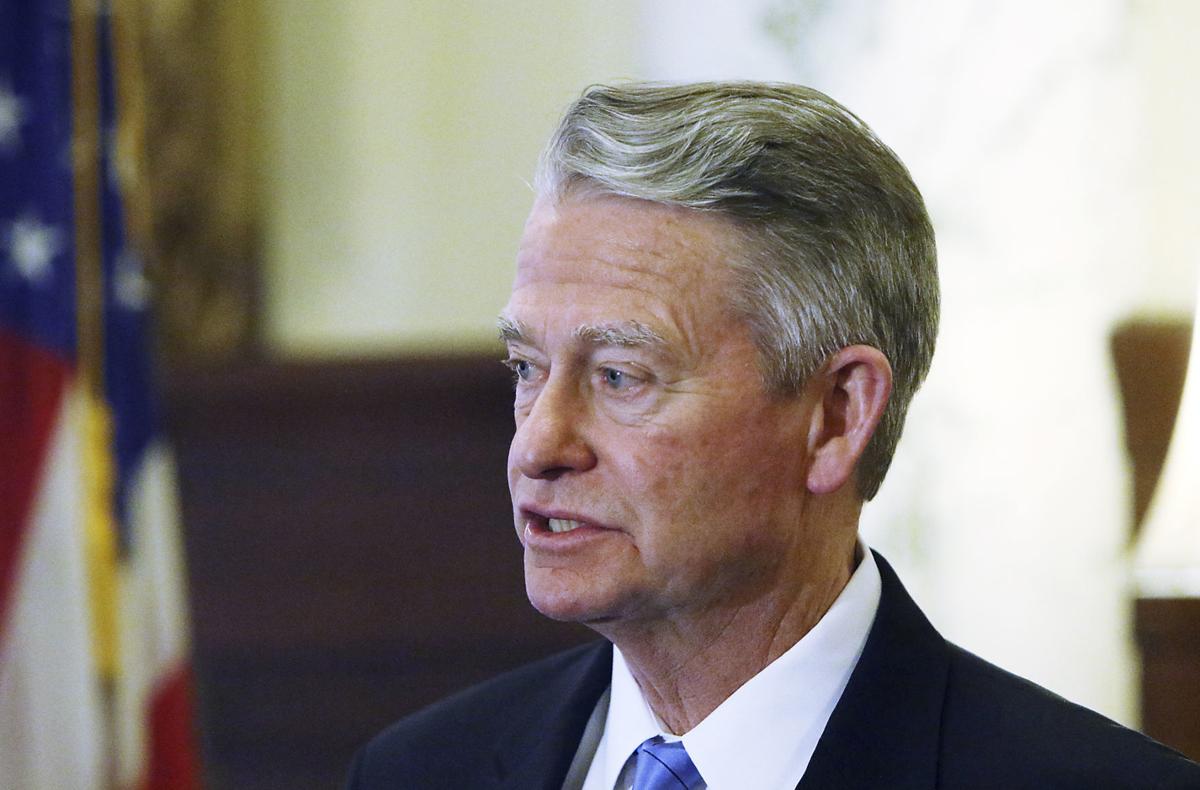 Lindsay Hecox, 19, goes for her daily run through her neighborhood’s park in Boise on Tuesday, April 14, 2020. Hecox is one of the plaintiffs in a lawsuit challenging Idaho’s House Bill 500, which bars transgender girls and women from playing on female high school and college sports teams.

The American Civil Liberties Union of Idaho is suing the state to overturn a just-passed law banning transgender girls and women from playing on female high school and college sports teams.

The ACLU, which is challenging the law in conjunction with the Seattle-based progressive feminist group Legal Voice, will file the suit in federal court Wednesday morning.

“We’ve been fighting this bill since the day it was introduced in the Legislature,” said ACLU of Idaho Legal Director Ritchie Eppink. “This is a bill that from the start, and even through its amendments, illegally targeted women and girls, and in particular and especially women and girls who are transgender and intersex.”

The Fairness in Women’s Sports Act, which is being challenged, was sponsored by Rep. Barbara Ehardt, R-Idaho Falls. It and other bills dealing with transgender rights ended up being perhaps the most controversial of the 2020 session, pitting socially conservative Republican legislators against civil rights groups and representatives of the transgender community who came to the Capitol repeatedly to protest and testify against these bills. Ehardt’s bill, plus another that bans transgender people from changing their birth certificates, passed the Legislature on mostly party-line votes, with Republicans in favor and all the Democrats opposed, and Republican Gov. Brad Little signed them in late March.

The plaintiffs are Lindsay Hecox, a transgender woman who will be a sophomore at Boise State University this fall and wants to try out for the track team, and a cisgender Boise High School junior who, Eppink said, will be kept anonymous but wants to be able to play sports without having to worry about proving her sex.

“I just want to run with other girls on the team,” Hecox said. “I run for myself, but part of what I enjoy about the sport is building the relationships with a team. I’m a girl, and the right team for me is the girls’ team.”

Hecox said she has been running most of her life, including four years of high school track and three years on the cross country team. She said she met some great friends as well as coaches who she views as inspirations and mentors.

“The running team was the specific group of people I felt at home with,” she said. “They kind of get me.” 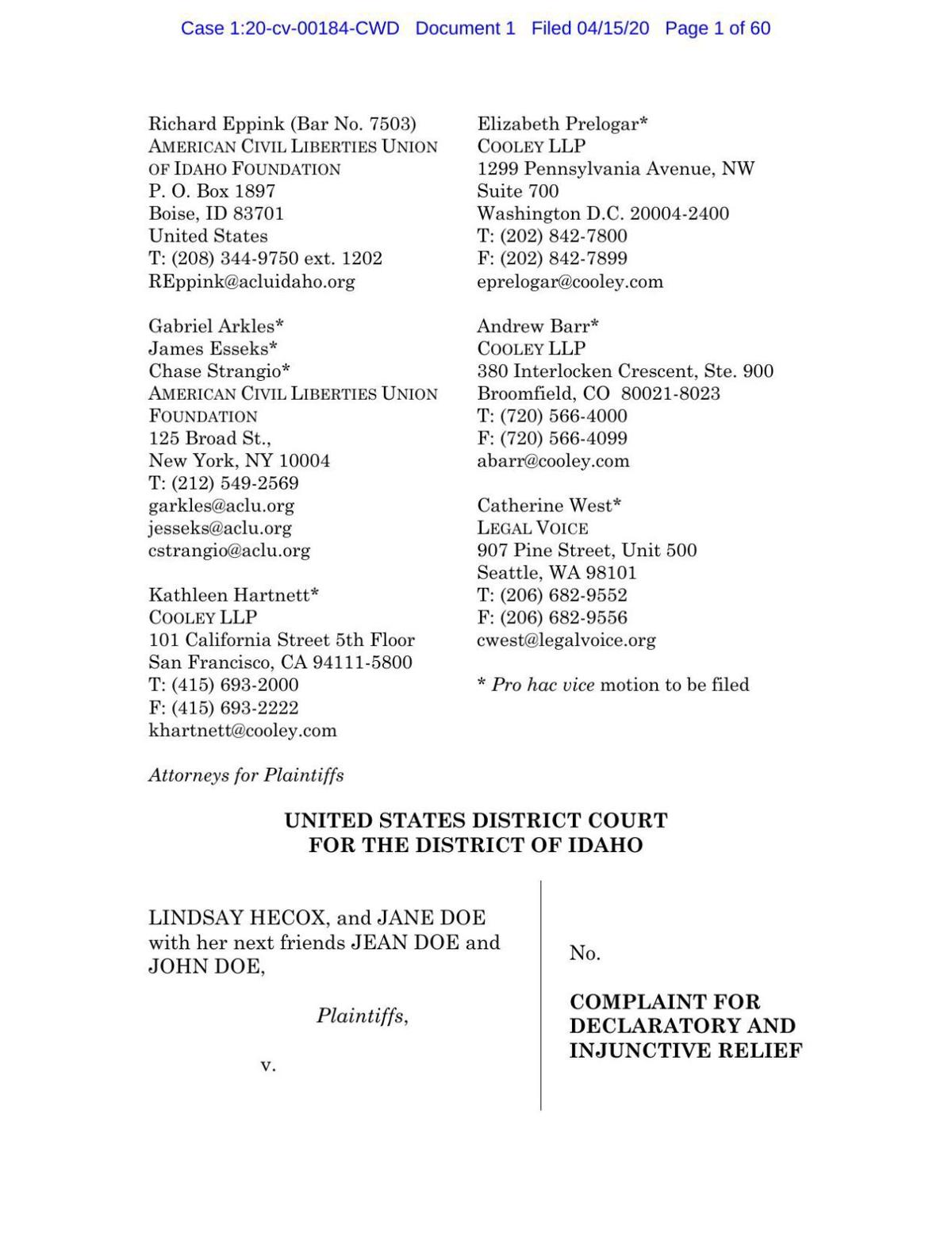 The bill will override the current policy of the Idaho High School Activities Association, which is modeled on the National Collegiate Athletic Association’s policy and lets transgender girls and women play on female teams after a year of hormone therapy. The bill doesn’t limit who can challenge a player’s gender, and says if there is a dispute a school would request the student “provide a health examination and consent form or other statement signed by the student’s personal health care provider,” verifying their sex with one of or a combination of an examination of the student’s physical anatomy, genetic makeup or the testosterone their body produces. This is one aspect the bill’s opponents have expressed special concern about, worried it could lead to invasive physical examinations of girls whose sex is questioned by a rival player or parent.

Ehardt and other supporters of her bill have said it is in the spirit of Title IX, the 1972 federal law banning sex discrimination in school sports, and protects women and girls from unfair competition from people who have advantages from being born male.

“It is sad to think that there are those who would prevent girls and women from competing in their own sports while continuing to give more opportunities to boys and men,” Ehardt said in an email. “I know firsthand what Title IX meant to me. It changed my life. As a former Division I athlete and coach for 15 years, I benefited from those women who paved the way for me. I feel an obligation to preserve those same opportunities for those girls who follow.”

Eppink said the ACLU plans to ask the court to stay the bill’s implementation while the lawsuit works its way through the courts. Should the law be in force this fall, Hecox wouldn’t legally be allowed to run on the women’s team.

“I want to have coaches who are going to give me workouts that are perfect for me to improve, and running tips,” Hecox said.

That the lawsuit was filed shouldn’t come as a surprise to anyone. The bill’s opponents have been questioning its constitutionality throughout the legislative process, and Assistant Chief Deputy Attorney General Brian Kane said in a legal opinion in February that the law could be challenged on numerous constitutional grounds.

Eppink said the ACLU plans to argue the bill violates Title IX and the equal protection and due process clauses of the 14th Amendment to the U.S. Constitution due to its discriminating against and imposing greater restrictions upon women and girls. He also said they plan to argue the genetic and genital screenings it could require violate the Fourth Amendment to the U.S. Constitution.

Republican lawmakers in states nationwide have been introducing bills this year to restrict transgender girls and women from playing on school sports teams, but Idaho’s is the only such ban to have passed so far. The bill barring transgender people from changing their birth certificates is also expected to lead to a lawsuit against the state, as it would appear to go against a 2018 federal court ruling directing Idaho to set up a process to let transgender people change the sex on their birth certificates to match their gender identity.

Opponents say they will sue