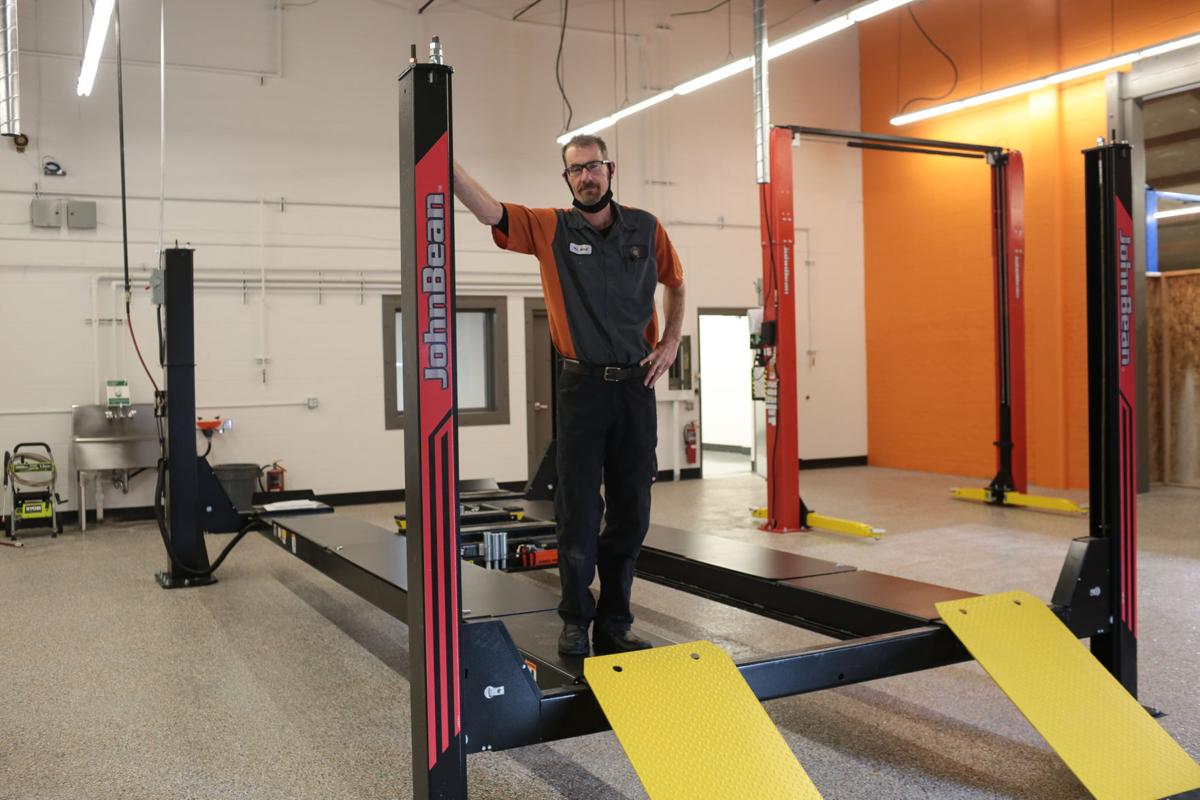 Instructor Jeremy Bird poses for a photo on a new car lift at Idaho Falls High School on Monday, Oct. 19, 2020. 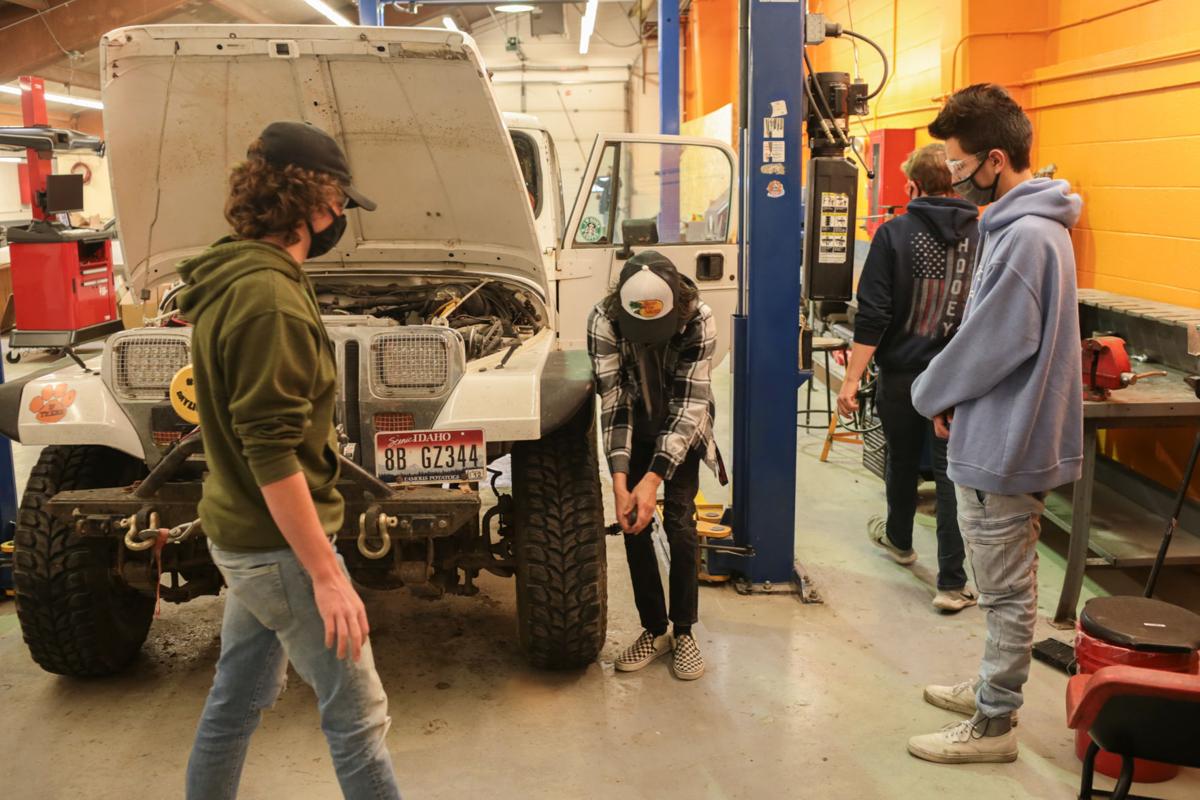 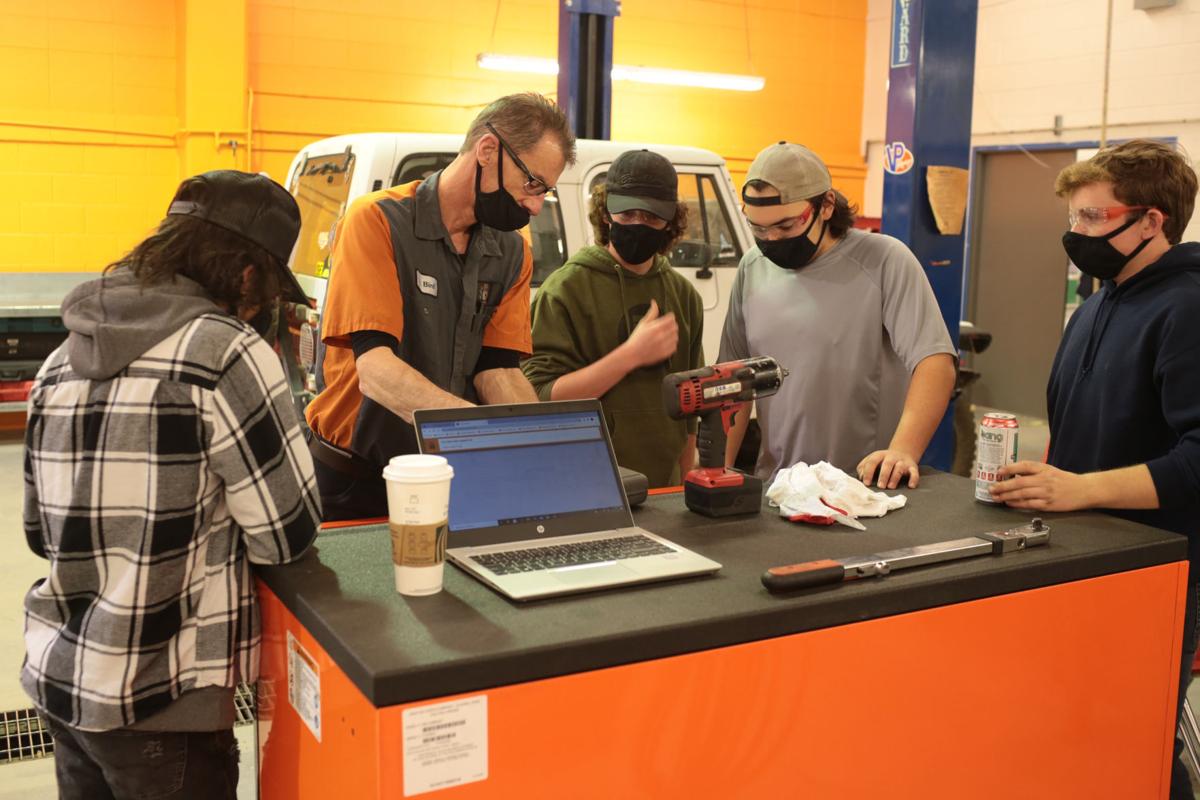 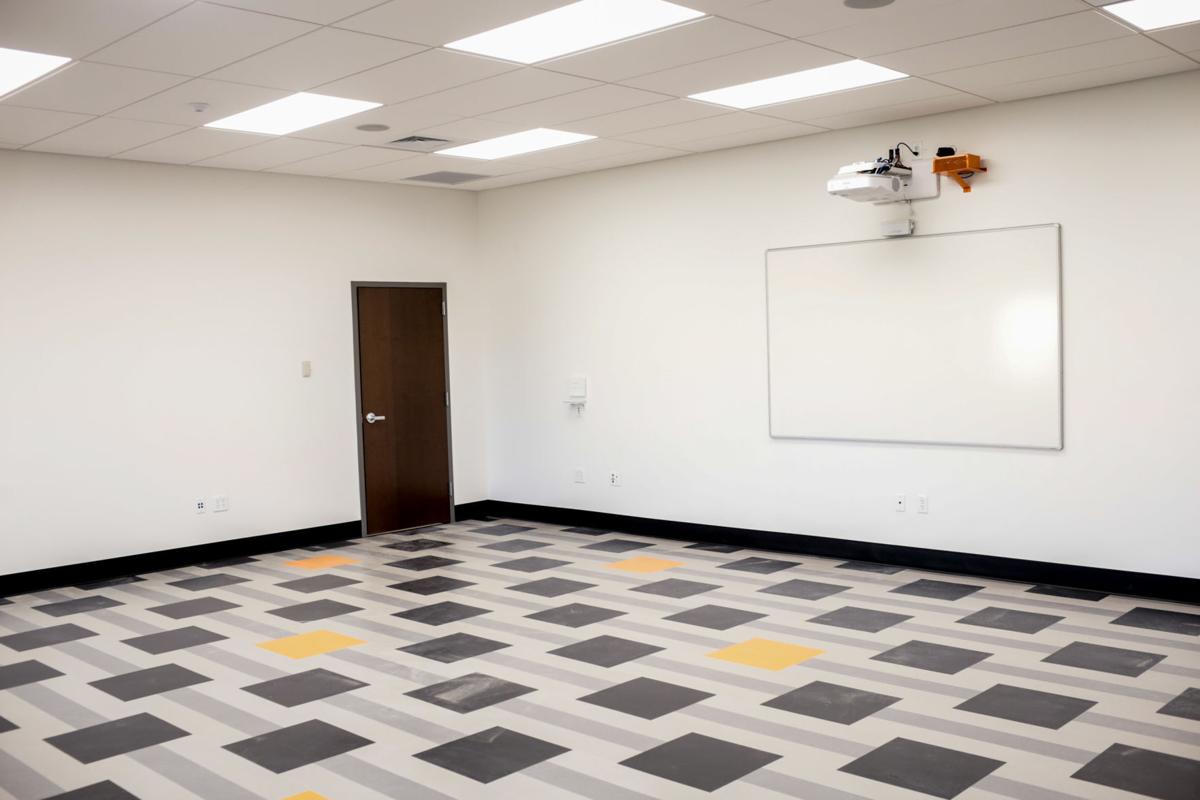 A renovated classroom is seen for auto tech students is seen at Idaho Falls High School on Monday, Oct. 29, 2020. 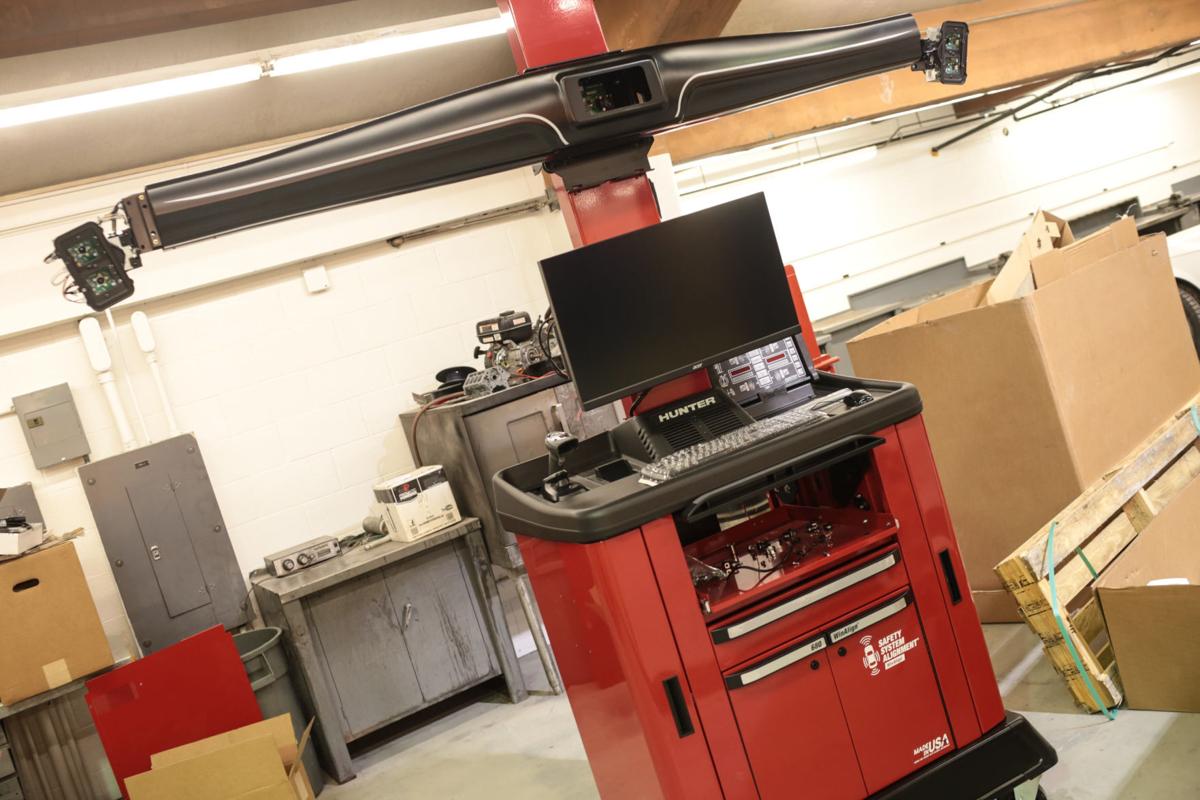 Instructor Jeremy Bird poses for a photo on a new car lift at Idaho Falls High School on Monday, Oct. 19, 2020.

A renovated classroom is seen for auto tech students is seen at Idaho Falls High School on Monday, Oct. 29, 2020.

The roar of the Jeep’s engine echoed beneath the stands of Ravsten Stadium.

Five high school students in face masks had been working on the car for an hour Monday morning. They were replacing the brakes on the car, which belonged to a teacher in Idaho Falls School District 91. Once the new disc brakes had the right feel and the tires were re-attached to the car, one student revved the engine as the vehicle was lowered back to the ground.

The auto technology program at Idaho Falls High School has been undergoing changes for the last few months. Renovations to upgrade the garages and classrooms began earlier this summer and could help to expand the reach of the program. And like all high school classes in District 91, students are now only in the classroom two days a week in an effort to control the spread of coronavirus.

“We spend pretty much the whole time that we’re at school in the garage. Basically two straight hours of work so we can have be online the rest of the week,” senior Parker Jackson said.

The auto class was running underneath the Ravsten stands long before Jeremy Bird took over the program. The garages were shared with the District 91 bus barn, making it the central hub for mechanical repairs in the district until the buses were moved to a new site near Skyline High School.

With the buses at a new site, the District 91 school board approved funding for a series of renovations for the auto tech class. So far the program has added six new bays with non-stick flooring, three car lifts including one for alignment work and a renovated classroom that Bird has mostly used for remote lessons. Other new additions to the program, like a top-of-the-line dynamometer to measure the torque and power of engines, were added through career and technical education grants.

Idaho Falls has 28 students in the auto tech program this year but has a track record of finding success for those students. The high school won sections of the state SkillsUSA program in two of the last five years. Last spring, Bird had a freshman student who qualified to compete in the national SkillsUSA championship and was planning to travel east to compete until the coronavirus outbreak canceled the event.

“I get a lot of dealers and shops calling me to send kids over after school to work there. Sometimes they’ll get hired as soon as they graduate,” Bird said.

District 91’s high schools moved to an alternating schedule on Oct. 12, leaving each class with half the number of students it would normally have. In the entry-level version of the auto class, students are in the classroom for the vast majority of the time. Bird records lectures and lessons for the students to work on from home and gives them smaller assignments on wiring and micrometers.

The level 2 and 3 classes usually have the majority of their work hands-on, so the remote lessons are centered more on independent study and exams. Much of the work is based on the auto tech curriculum from Brigham Young University-Idaho with some modifications made to bring it down to the high school level.

The students in the class Monday have found the bright side of their limited numbers. Carlos de Santiago, a senior who hopes to become an auto technician after he graduates, said the recent changes have been chaotic but condensed the focus of the practical coursework.

“We end up not wasting as much time, everyone gets to really see what is going on,” de Santiago said.

The auto class is one of two courses Jackson is taking at Idaho Falls High School this year. The majority of his credits come from dual enrollment at College of Eastern Idaho, which is still offering a full set of in-person lessons.

“I just need to get into the right mindset so I can make the most of my time in class here and then head over to those classes,” Jackson said.