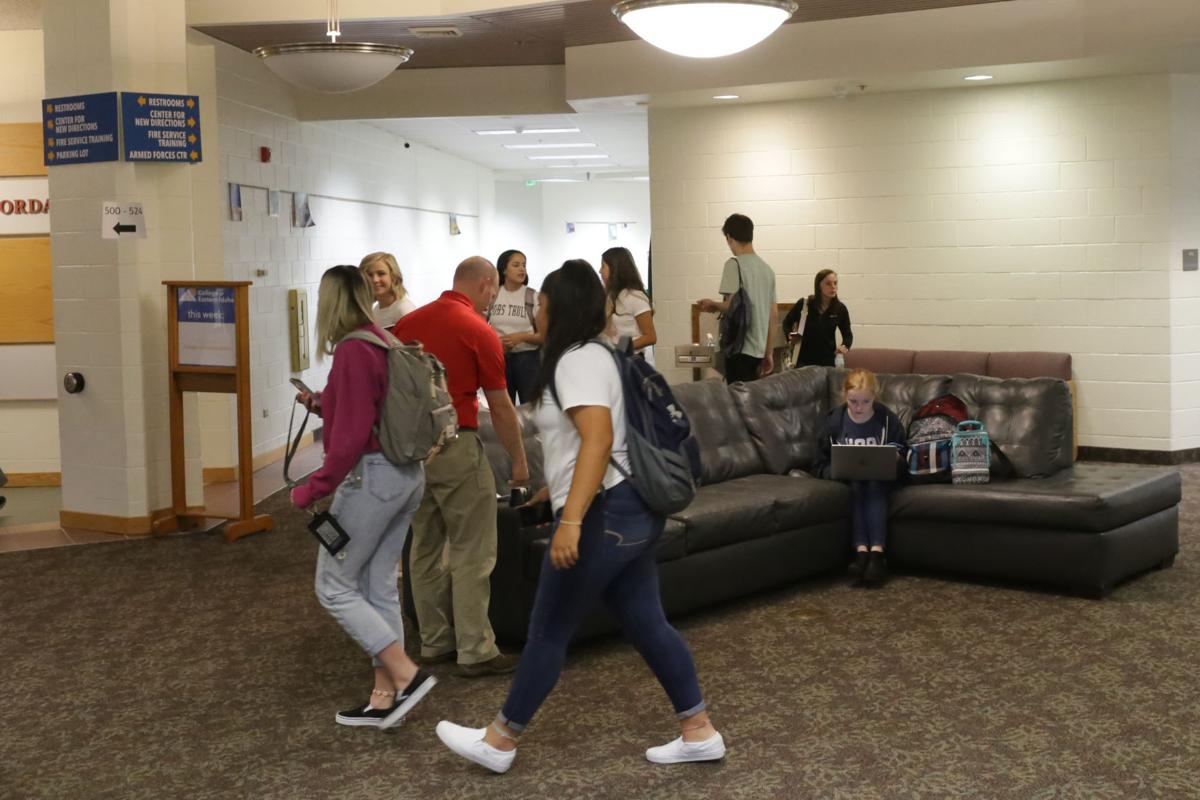 Students make their way to class at College of Eastern Idaho on Monday, Aug. 19, 2019. 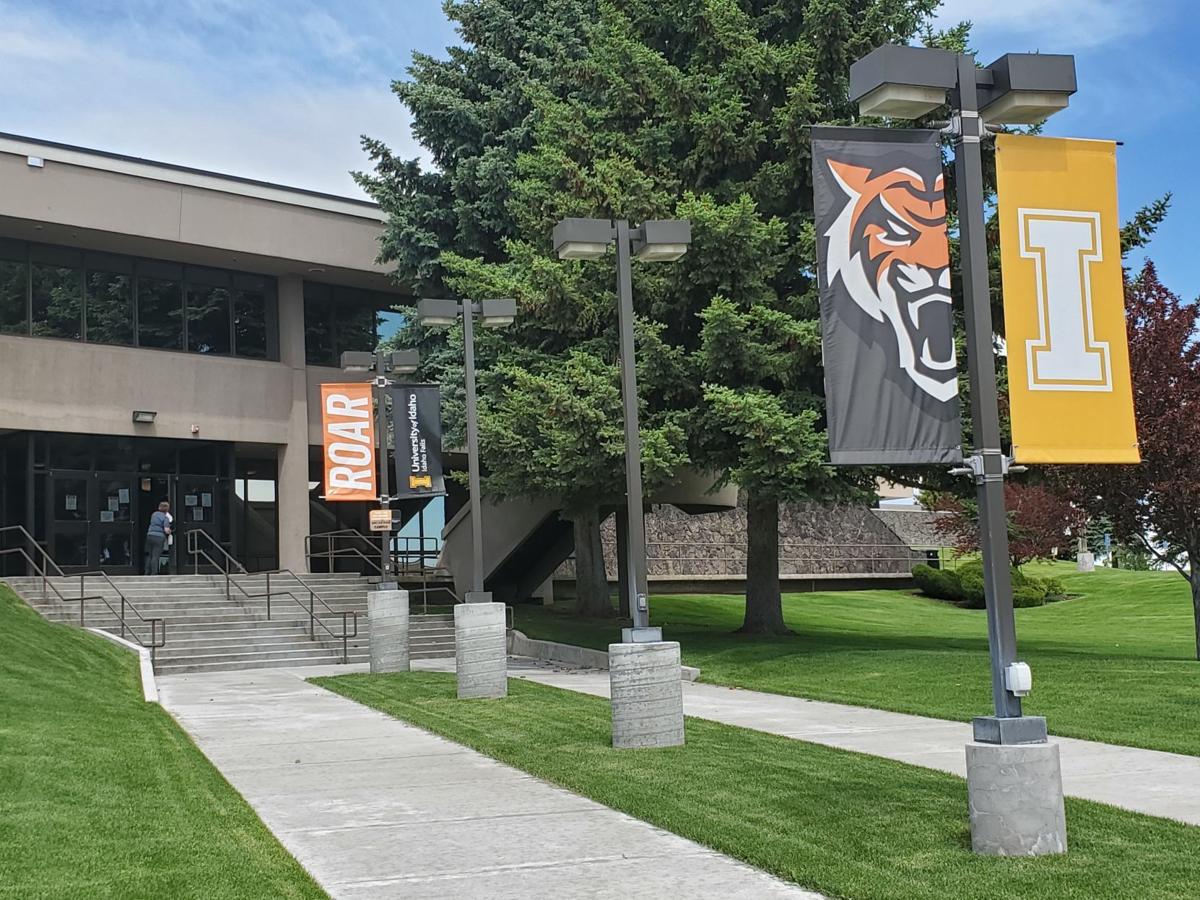 One of the buildings on University Place, the shared Idaho Falls campus of Idaho State University and the University of Idaho, on June 3, 2020

Students make their way to class at College of Eastern Idaho on Monday, Aug. 19, 2019.

One of the buildings on University Place, the shared Idaho Falls campus of Idaho State University and the University of Idaho, on June 3, 2020

College of Eastern Idaho and the two university satellite campuses in Idaho Falls have begun rolling out plans for how they'll return to classes this fall.

After the coronavirus led to classes being moved online for the end of the school year, colleges across Idaho are hoping to largely return to in-person classes. How those lessons will be split with online courses, and what other accommodations are being made to limit the potential spread of the virus, are still being finalized for many.

"Everyone has this whole new job, which is planning how you run a university in the opposite way to how it was run a year ago. Most of our courses were designed in a way to bring people together," said Lyle Castle, dean of Idaho State University's campus in Idaho Falls.

Gov. Brad Little has asked colleges and other state agencies to prepare for up to 5% in budget reductions as the state sees a drop in tax revenue. ISU, University of Idaho and Boise State University have all announced major furloughs and cuts for the next school year

Summer enrollments at U of I's main campus in Moscow are down more than 16% this year. There has been a small increase in the number of students enrolled online this summer and the Idaho Falls campus has the exact same number of students as last summer.

"We've always been different because our students are different," said Lee Ostrom, associate dean of U of I's Idaho Falls campus. "A good percentage of our students are (Idaho National Lab) employees, so we have more of an adult student base compared with Moscow."

College of Eastern Idaho has faced similar budget issues over the last few months, with the school estimating a $500,000 loss this year for cleaning and new equipment. Early enrollment numbers for the fall, however, are up by around 9% over this time last year.

"I think the community college is still a new concept for a lot of people, and we're still acquiring the people who want to take advantage of that," advising and enrollment coordinator Justin Esplin said.

Esplin and other counselors had called every student who had started an application for the college this year to see if they were still considering CEI. The admission process and class signups for the fall semester have shifted entirely online.

The school has also seen a spike in popularity in the online summer classes they are offering. The number of students enrolled at CEI over the summer went from 399 last year to 598 this year, and the number of credits those students took jumped up by more than 70%.

The college is currently in the third phase of its reopening plan, even as nearly all classes are being conducted online. Visits to the library, testing center and counseling offices are available by appointment. Campus tours have resumed this week, and students can return to some classes and shops on campus as long as they sign in to the building and sanitize themselves and anything they work with.

ISU announced Tuesday that it would be returning to full campus operations in the fall, though with a shortened schedule to try and complete face-to-face lessons by the week of Thanksgiving. ISU's satellite campus in Idaho Falls is planning to make the same transition, which Castle said would likely be easier for the smaller location.

At the Idaho Falls campus, Bennion Student Union and other social spaces could be turned into classrooms if courses prove popular enough to demand the space. Signs and markings on the floor will be placed throughout the buildings to control the flow of students, along with some training and guidance for students.

"There will be practice for entering and exiting classes because we know normally when the bell rings everyone just wants to get out the door at once," Castle said.

The campus has also been more reliant on online classes even before all classes moved online this spring. Both the graduate and undergraduate students had often taken part in University of Idaho's engineering outreach programs— an online lecture series where professors from different campuses across the state streamed lessons about engineering as well as math and history.

U of I's Ostrom guessed that about half the classes would return to their in-person form this fall, but it would vary widely between subjects. Technology and cybersecurity classes would be online for the majority of the time, while the nuclear engineering program would be in class for the majority of lessons. Dry runs for socially distanced classes and online lectures have been done at the campus multiple times in the last week.