The letter to BSU President Marlene Tromp, which was signed by all 21 of the Legislature’s Democrats, is in response to one 28 House Republicans sent her earlier this week. That letter, which was written by Rep. Barbara Ehardt, R-Idaho Falls, and signed by several eastern Idaho lawmakers, criticized some of BSU’s minority outreach and multicultural programs as divisive and wastes of money.

“Idaho’s higher education institutions create welcoming environments to serve students from diverse backgrounds who are striving for a better life and more opportunity,” the Democrats wrote. “This is the ‘Idaho way.’” 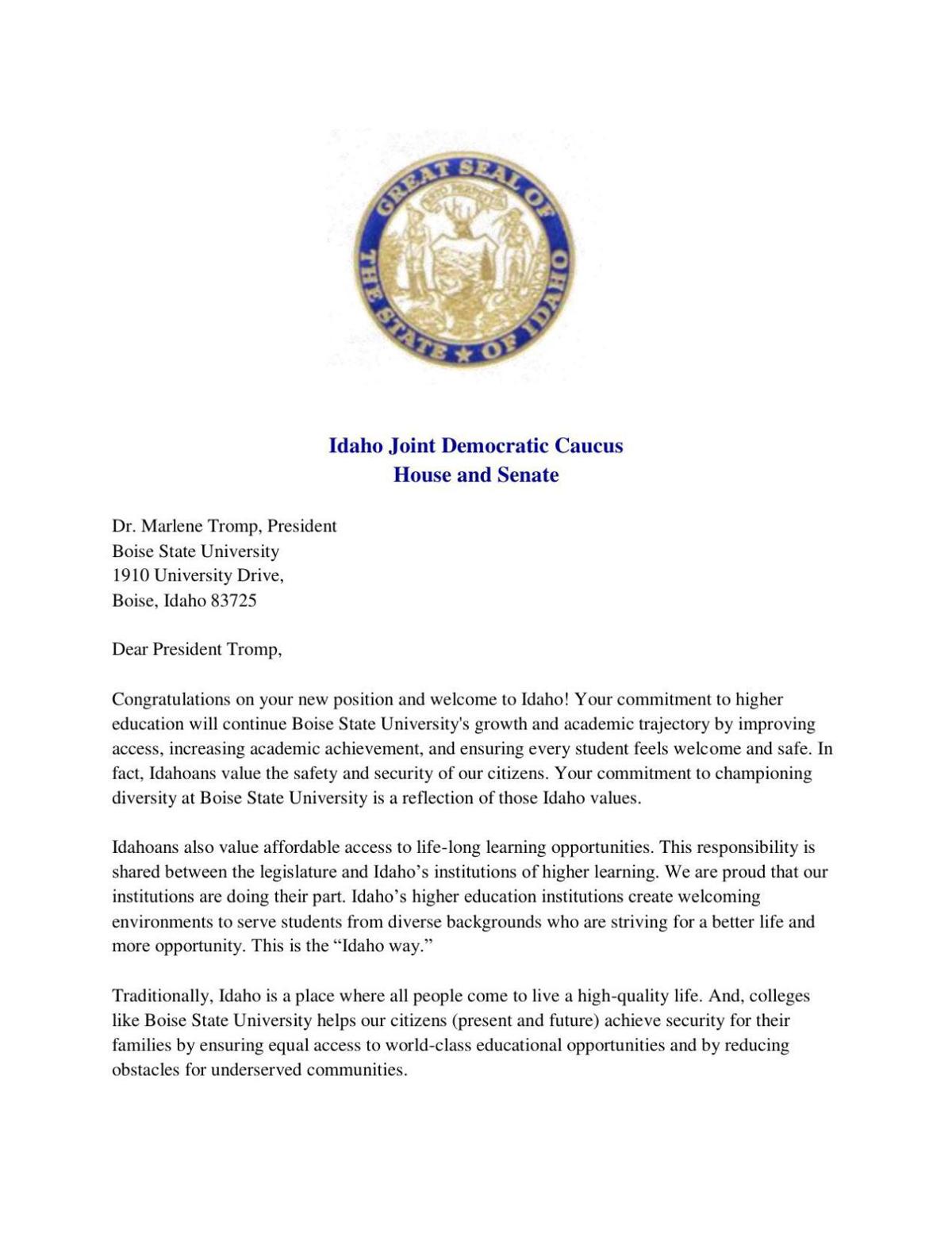 “Idaho’s college campuses should be welcoming places for all students and employees, of all backgrounds,” Hoffman wrote. “Full stop. Campuses should have a laser focus on the unifying, shared desire of students who want to advance their careers and earn their degrees. There should be no tolerance for policies or expenditures that cater to the culture of victimhood, which is becoming all too common on campuses throughout the country.”

Tromp said in a statement Friday she believes a public university’s job is both to provide academic rigor and support students.

“Political divisions in our country often make these conversations very difficult and can even cause harm,” she said. “I believe we can have a meaningful dialogue that underscores our common commitment to the well-being of our students and to the future of the state.”

Tromp said she had already scheduled a meeting with Ehardt before the letter and looks forward to hearing her concerns and ideas.

“I am grateful for the genuine engagement of our legislators, as well as to people from across the state who have reached out to me to express support,” Tromp said. “Public universities must foster and protect the open exchange of ideas in order to ensure a broad and deep educational experience. Boise State is honored to carry forward this critical charge.”

In their letter, the Democrats blame the spending levels set by the Legislature for rising tuition. They say they will work to increase funding for the state’s universities and praise the state’s education leaders for supporting various scholarship and tuition assistance programs.

“After years of substantially underfunding higher education’s budget, our colleagues are now telling you what programs you should and should not offer,” the Democrats’ letter says. “Our caucus understands the importance of higher education for ALL students. We appreciate Boise State University’s efforts to maximize educational outcomes while ensuring equal and diverse access to Idahoans.”