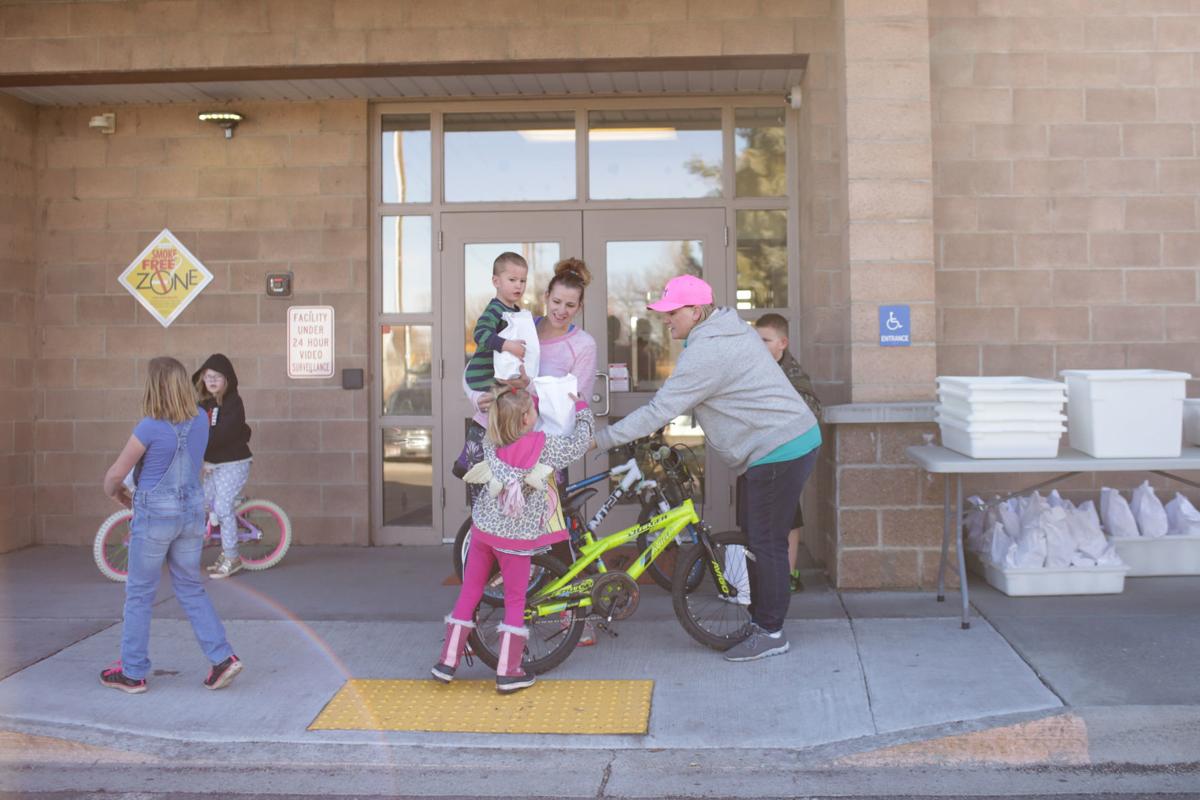 Shannon Fullmer, in pink, hands out bagged meals with breakfast and lunch to students and parents at Hillview Elementary School on Thursday, March 19, 2020. 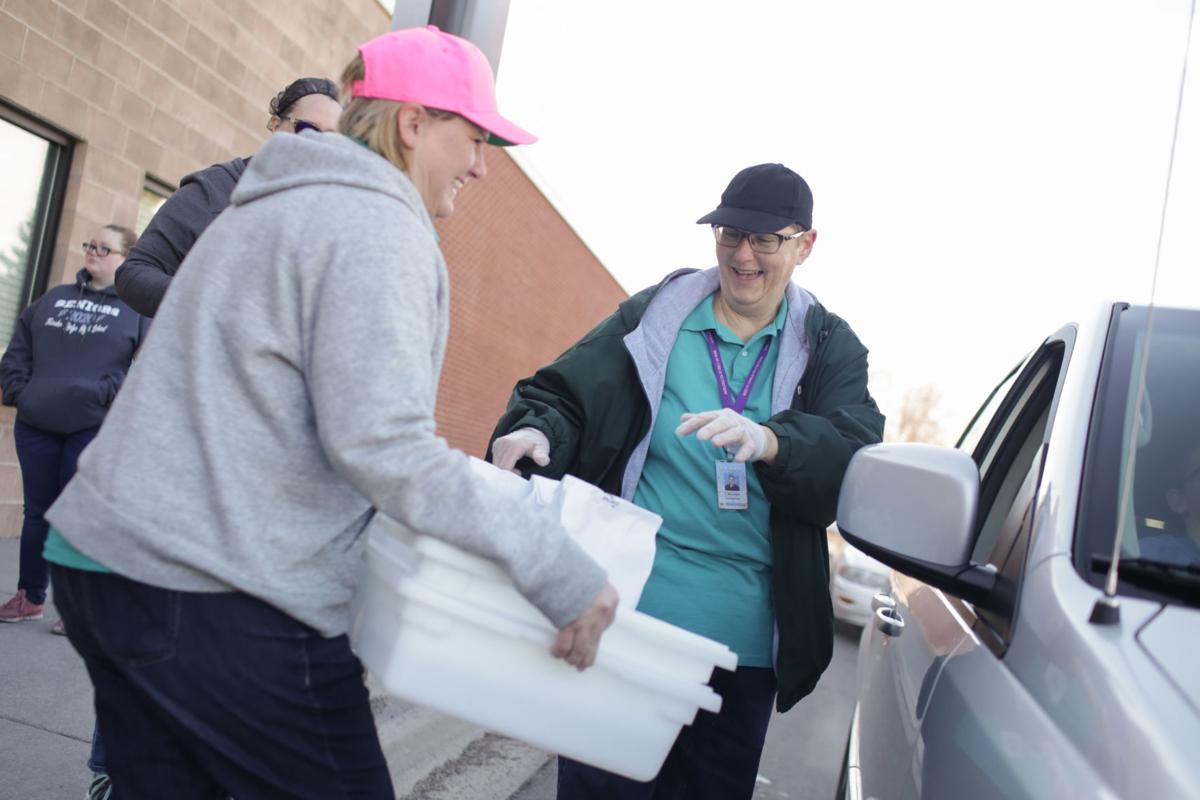 Shannon Fullmer, in pink, and Vida McCollam hand out bagged meals with breakfast and lunch to students and parents at Hillview Elementary School on Thursday, March 19, 2020. 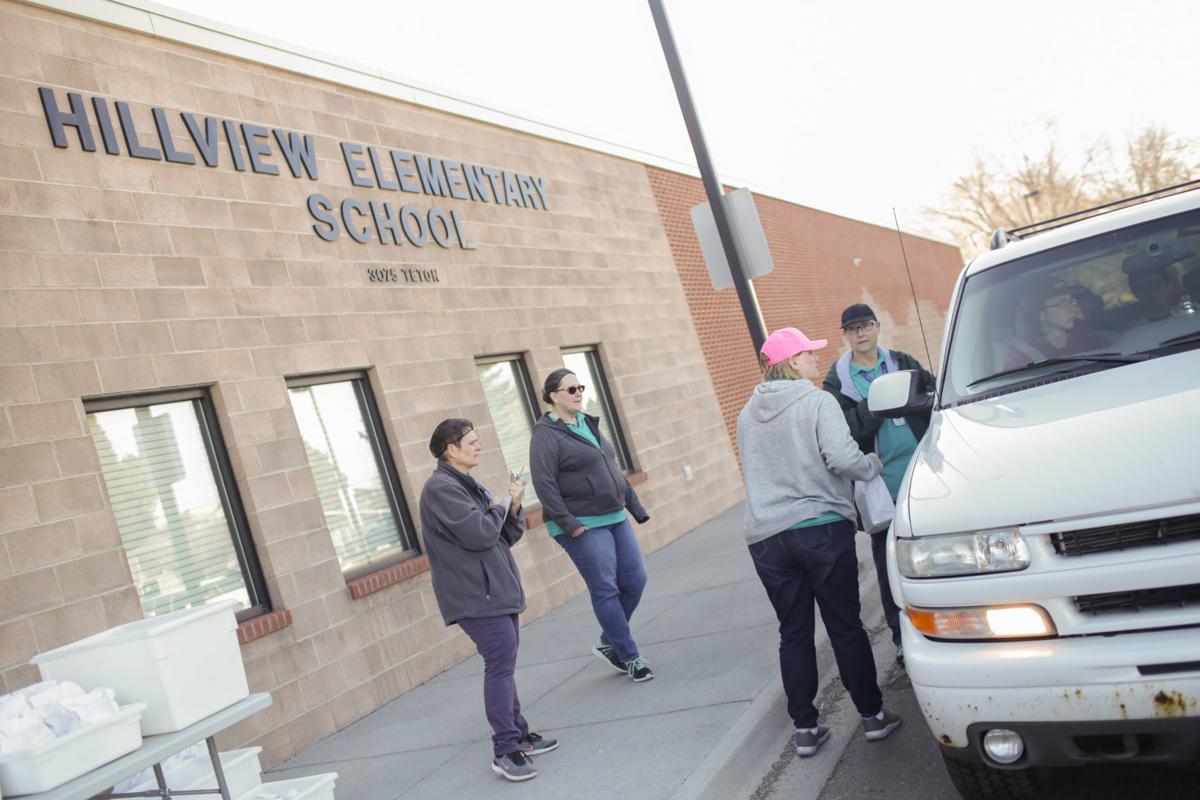 Staff hand out bagged meals containing breakfast and lunch to students and parents at Hillview Elementary School on Thursday, March 19, 2020. 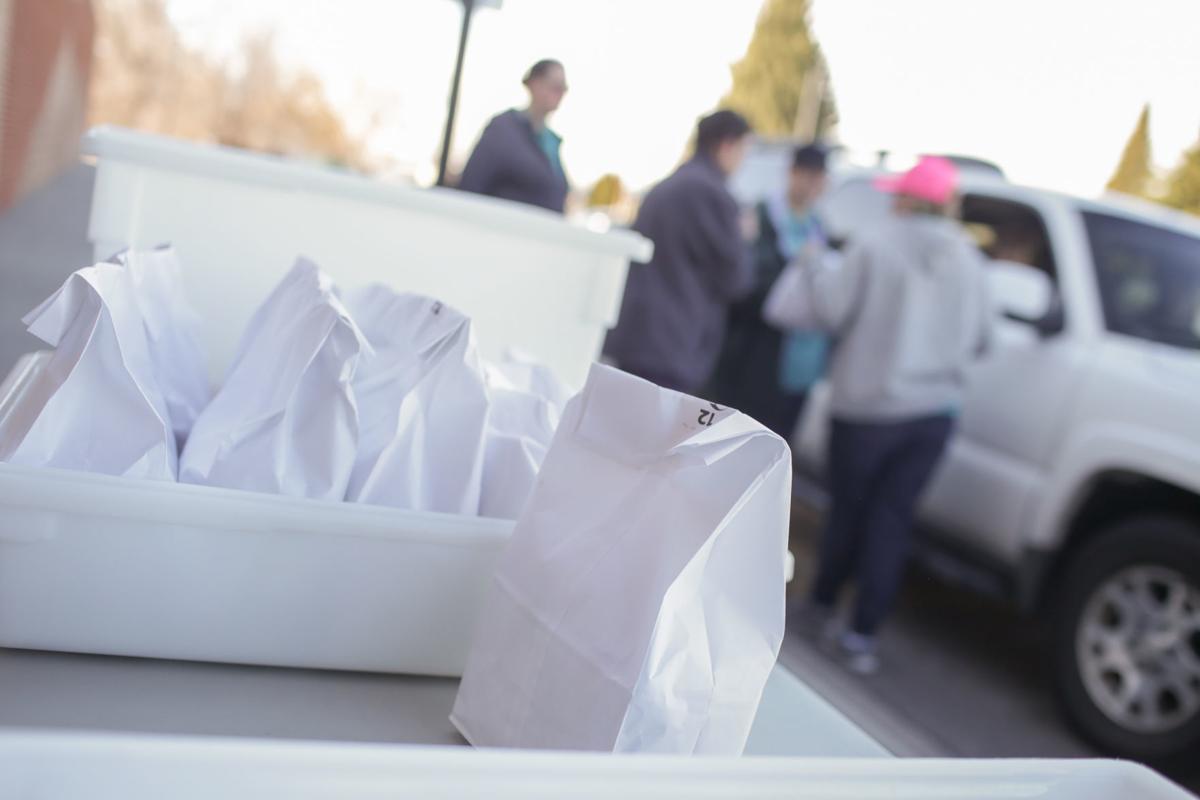 Shannon Fullmer, in pink, hands out bagged meals with breakfast and lunch to students and parents at Hillview Elementary School on Thursday, March 19, 2020.

Shannon Fullmer, in pink, and Vida McCollam hand out bagged meals with breakfast and lunch to students and parents at Hillview Elementary School on Thursday, March 19, 2020.

Staff hand out bagged meals containing breakfast and lunch to students and parents at Hillview Elementary School on Thursday, March 19, 2020.

Idaho Falls School District 91 will delay its next bond over concerns of how it could hold an election during the coronavirus pandemic.

The board met in a special meeting Wednesday night, at a time that was originally meant to finalize the roughly $85 million bond the district has been considering since November. Instead, the board agreed to table the item for a few more months and used the meeting to continue planning out their response to the coronavirus.

"In good faith, I do not feel comfortable with going ahead, trying to bring this to the public during such times," board chairwoman Lara Hill said.

The board voted to officially extend its closure through April 6 to give teachers a full week to prepare online lessons and provide guaranteed pay for classified staff through at least the next four weeks of the district shutdown.

There was also talk about moving toward end-of-course assessments for their high school students, which help them to show the mastery over the yearlong course needed to earn credit for the class, and whether some schools could be kept partly open for students without internet access at home.

Several trustees vented their frustration with the lack of information they'd gotten from the district as things evolved with the virus. Paul Haacke and Elizabeth Cogliati said they had only found out about the school closure decisions made on Sunday and Monday through emails that had been sent out to parents, leaving them unable to answer many of their questions.

"The only response I have for people is that I got the same email you did. That doesn't make me look good and it doesn't make the district look good," Haacke said.

Superintendent George Boland said that past school boards had shifted most of the decision-making to him but that he was open to getting the current board more involved in those emergency decisions.

Nine locations throughout the district will be providing breakfast and lunch in a bag to families from 10 a.m. to 10:30 a.m. One bag of food will be provided for each child that comes through, whether or not they are enrolled in the school district. The service will be provided through the week and will resume after spring break ends March 30.

"We knew with the virus coming and schools closing that we needed to be able to still help our kiddos," said Shannon Fullmer, the district's food purchasing manager who was helping pass out meals at Hillview Elementary School.

Fullmer and school cafeteria workers handed out more than 100 lunches during the first 15 minutes of the meal service Thursday at Hillview. Most families drove through and grabbed meals through a car window, though some in the nearby neighborhoods walked over to grab the food.

District 91 will launch its own "Grab 'n Go" emergency meal program Monday after receiving approval from the State Department of Education. Meals will be provided for children at seven schools from 9 a.m. to 11 a.m., while buses will make deliveries to nine additional sites between 9 and 10 a.m.

A student at White Pine STEM Academy earned a spot at the National Invention Convention later this year after her new saddle earned prizes from the state competition.

Jasmine Lima was among 26 Idaho students who qualified for the national event after competing in the Invent Idaho state finals on March 6-7 and one of the only ones from eastern Idaho. She had entered into the working model category with a quick-release system for riders who fall off a horse but get their feet tangled in the stirrups.

"Hers was one of the few that could be produced and go out to market tomorrow," Invent Idaho executive director Beth Brubaker said.

Students also competed in categories for gadgets and games, non-working models, adaptations of current inventions and a "Jules Verne" futuristic category. The national finals will be held online from June 3-5.

More than 8,000 students were absent across the two local school districts on Monday, after both relaxed attendance policies over the weekend but before they made the decision to fully close schools.

District 91, which had allowed students to miss school Monday without parents needing to send a note, had less than 60% of its total students in attendance. Middle and high schools were more affected than elementary schools, as Skyline and Emerson were both more than half-empty on Monday.

District 93 had closer to 70% attendance on Monday and had a higher rate of elementary school students absent that day. The district instituted a soft closure on Tuesday so that families who could not keep their kids home on short notice could send them to school. Attendance was only tracked for elementary schoolers that day, and they reported a total of 199 students present across all schools.