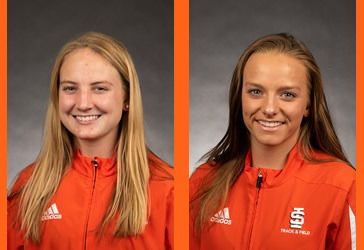 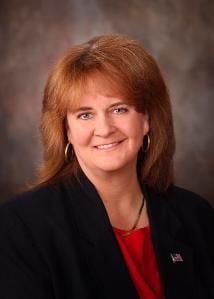 The group that helped to craft a new Idaho law barring transgender girls and women from playing on female high school and college sports teams wants to help defend the law against a court challenge.

The Alliance Defending Freedom, a socially conservative legal organization that is also representing the plaintiffs in a Connecticut lawsuit challenging a policy letting transgender athletes compete on teams that match their gender identity and not their birth sex, filed a motion in federal court in Idaho on Monday to intervene in the lawsuit challenging House Bill 500, or the Fairness in Women’s Sports Act. The law is being challenged on constitutional grounds by the American Civil Liberties Union of Idaho and the feminist group Legal Voice.

The Alliance Defending Freedom’s motion to intervene was filed on behalf of Madison Kenyon and Mary Kate Marshall, both of whom are cross country and track runners at Idaho State University. Kenyon and Marshall said in their declarations they have both competed against, and were beaten by, June Eastwood, a transgender woman runner at the University of Montana.

“When I lose to another woman, I assume that she must train harder than I do and it drives me to work harder,” Marshall wrote. “If I lose to a man, it feels completely different. It’s deflating. I wonder whether he has to work as hard as I do, whether he was even trying, or was that an easy race for him. It makes me think that no matter how hard I try, my hard work and effort will not matter.” 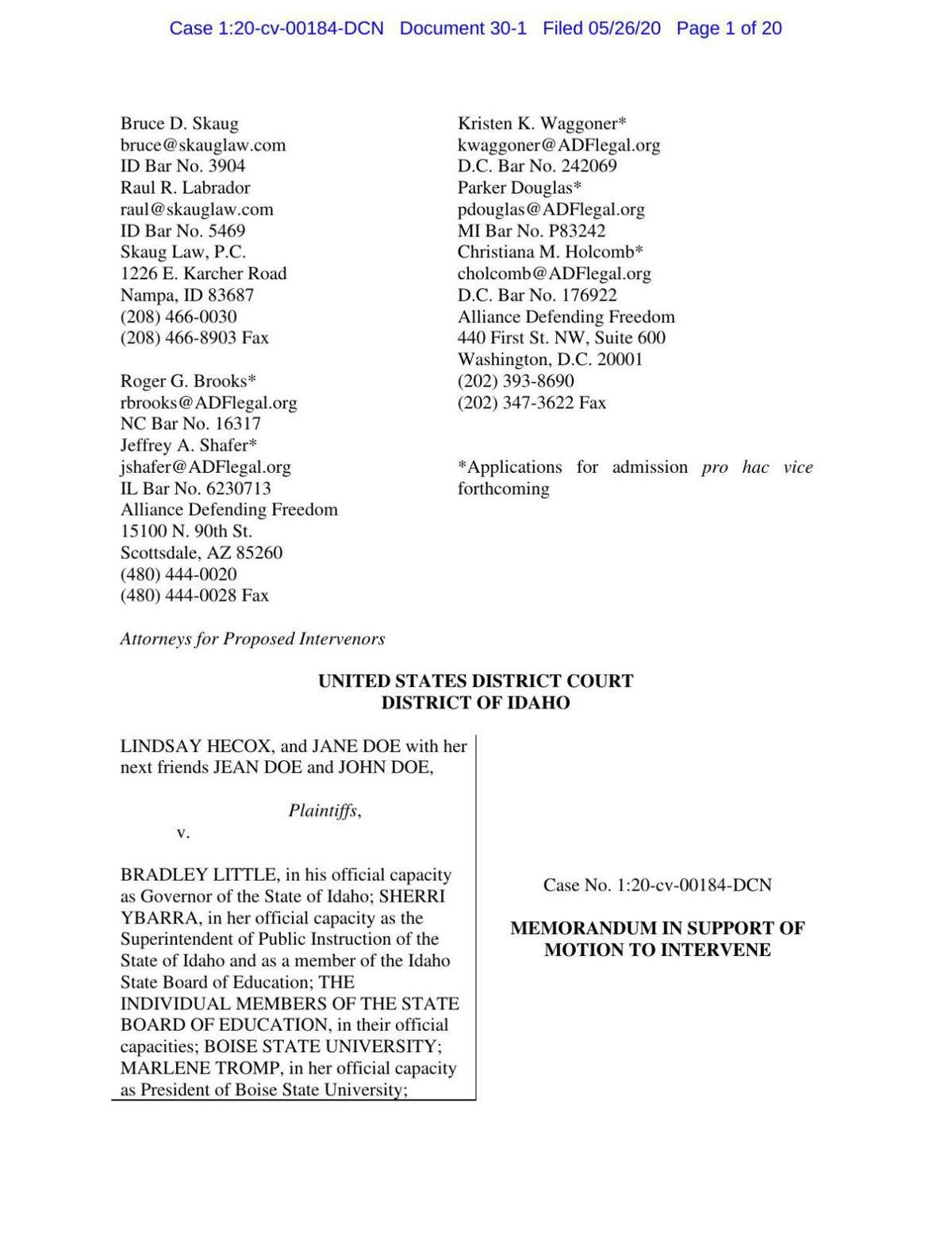 Rep. Barbara Ehardt, R-Idaho Falls, a former college basketball coach who sponsored the Fairness in Women’s Sports Act, worked with the Alliance in crafting the bill, and much of its language is identical to one on the same topic that was introduced in Mississippi. Similar bills were introduced in numerous states this year, although Idaho’s is the only one to become law so far.

The bill’s supporters have said transgender women and girls who were born male have physical advantages over people who were born female and that the bill would help preserve a level playing field for girls and women.

“I believe that allowing males to enter women’s sports defeats an entire aspect of sports: It eliminates the connection between an athlete’s effort and her success,” Kenyon said in a statement. “Sex separation in sports helps ensure that males and females each enjoy opportunities for fair competition and victory. It helps ensure that, if women like me work hard, that hard work pays off, and we have a shot at winning.”

The bill passed with nearly all of the Legislature’s Republicans in favor and all the Democrats opposed, and Republican Gov. Brad Little signed it. It was opposed by numerous transgender people who came to the Capitol to testify against it and groups such as the ACLU and Planned Parenthood.

The ACLU and Legal Voices is suing to overturn the law on behalf of Lindsay Hecox, a transgender woman who will be a sophomore at Boise State University this fall and wants to try out for the track team, and an anonymous cisgender Boise High School junior who wants to be able to play sports without having to worry about proving her sex. The bill says, if there is a dispute about an athlete’s sex, a school would request the student “provide a health examination and consent form or other statement signed by the student’s personal health care provider,” verifying their sex with one of or a combination of an examination of the student’s physical anatomy, genetic makeup or the testosterone their body produces. The bill’s opponents have said this could lead to invasive physical examinations of girls whose sex is questioned.

House Bill 500 was expected to lead to a lawsuit when it passed; the state Attorney General’s office issued a legal analysis in February, which the bill’s opponents have cited repeatedly, outlining numerous constitutional grounds on which the bill could be (and now is being) challenged. The AG’s office is now representing most of the defendants in the lawsuit, and the Alliance Defending Freedom’s lawyers cite this analysis in their argument as to why they should be allowed to intervene in the case, arguing that the state’s interests in defending the law might not align with Kenyon and Marshall’s. The February analysis, the Alliance’s motion states, “casts doubt on the very category and significance of sex on which the Fairness in Women’s Sport Act is predicated,” since it treats transgender females as a different group than men.

“This frame of analysis stands opposed to intervenor female athletes’ interests and legal position, and conflicts with the categories of the Act they seek to defend,” the Alliance’s motion says.

The law will take effect on July 1. A court hearing on a motion to block its enforcement as the case works its way through the courts has been set for July 22.

Idaho Falls has tightened its ordinance banning discrimination based on sexual orientation or gender identity.