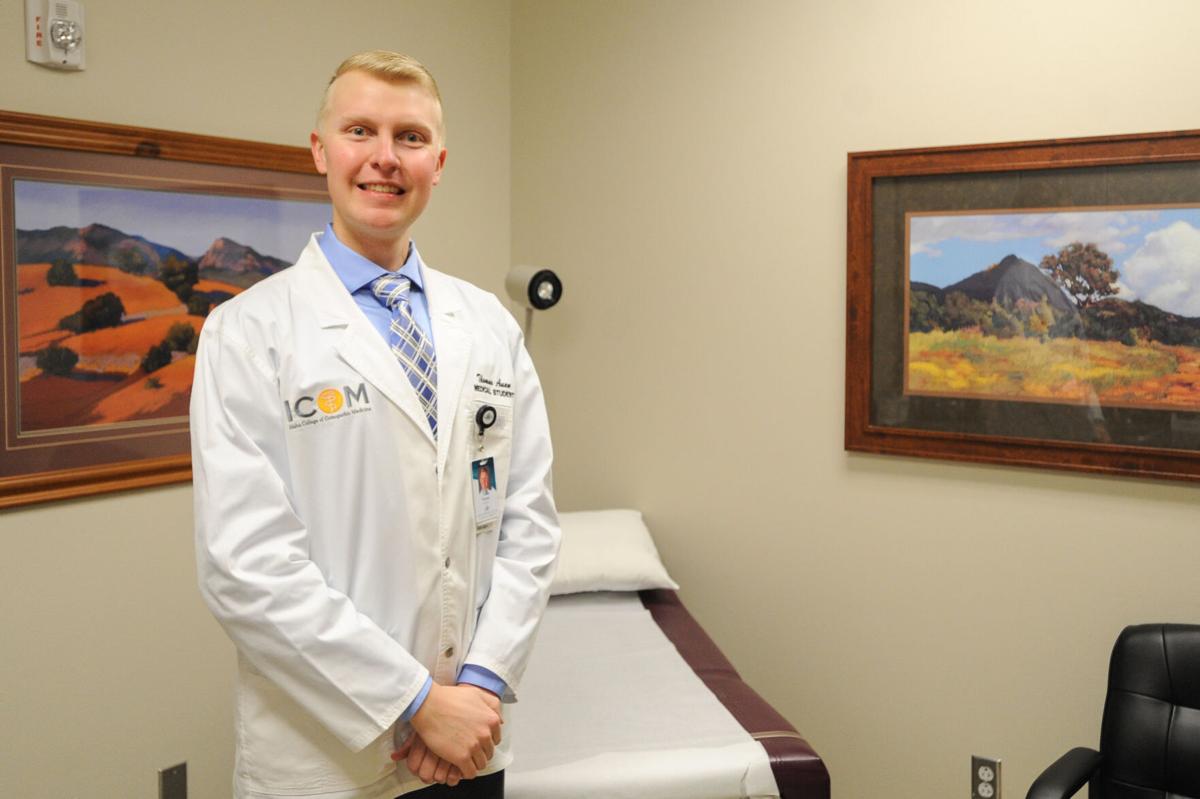 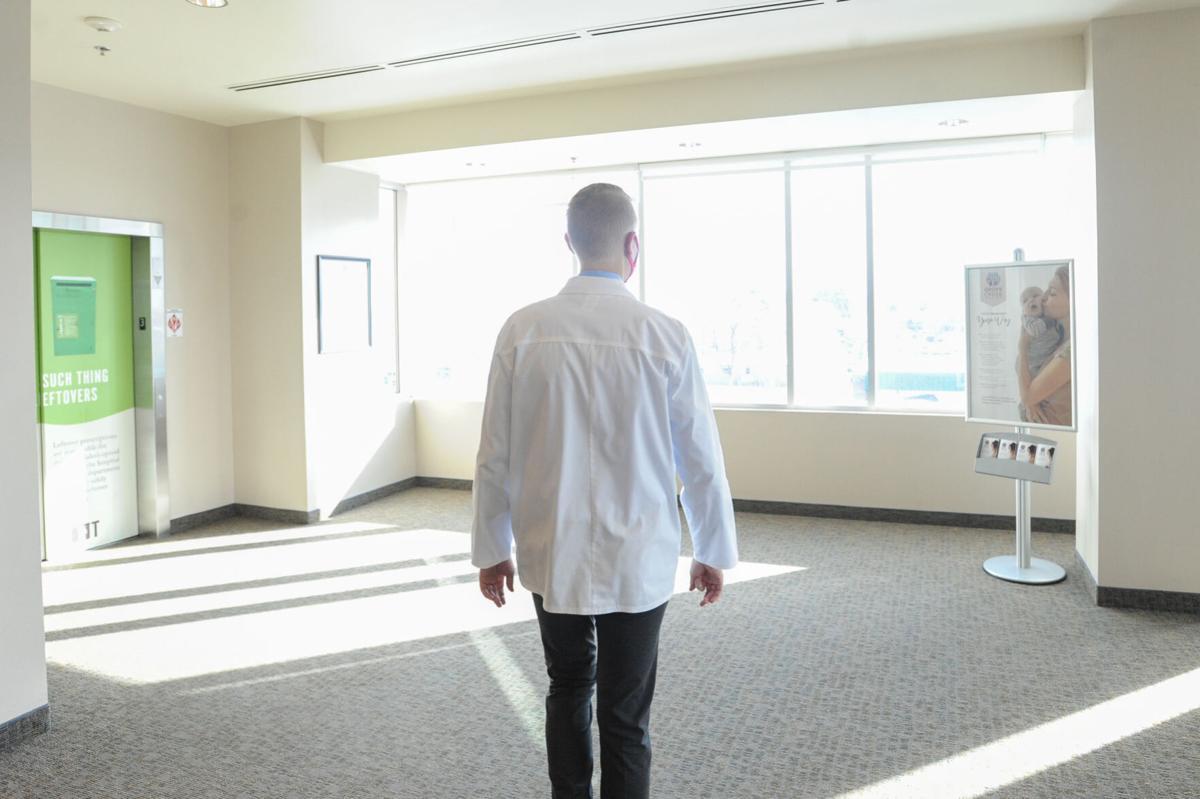 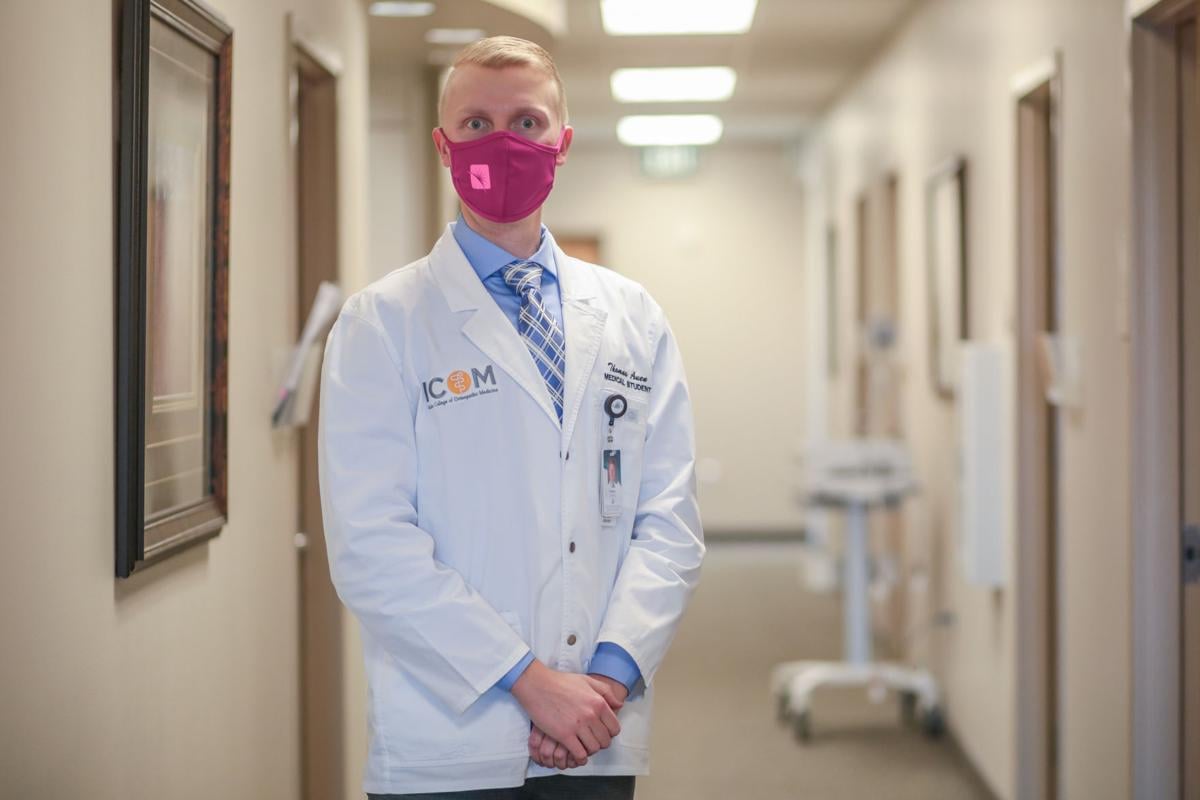 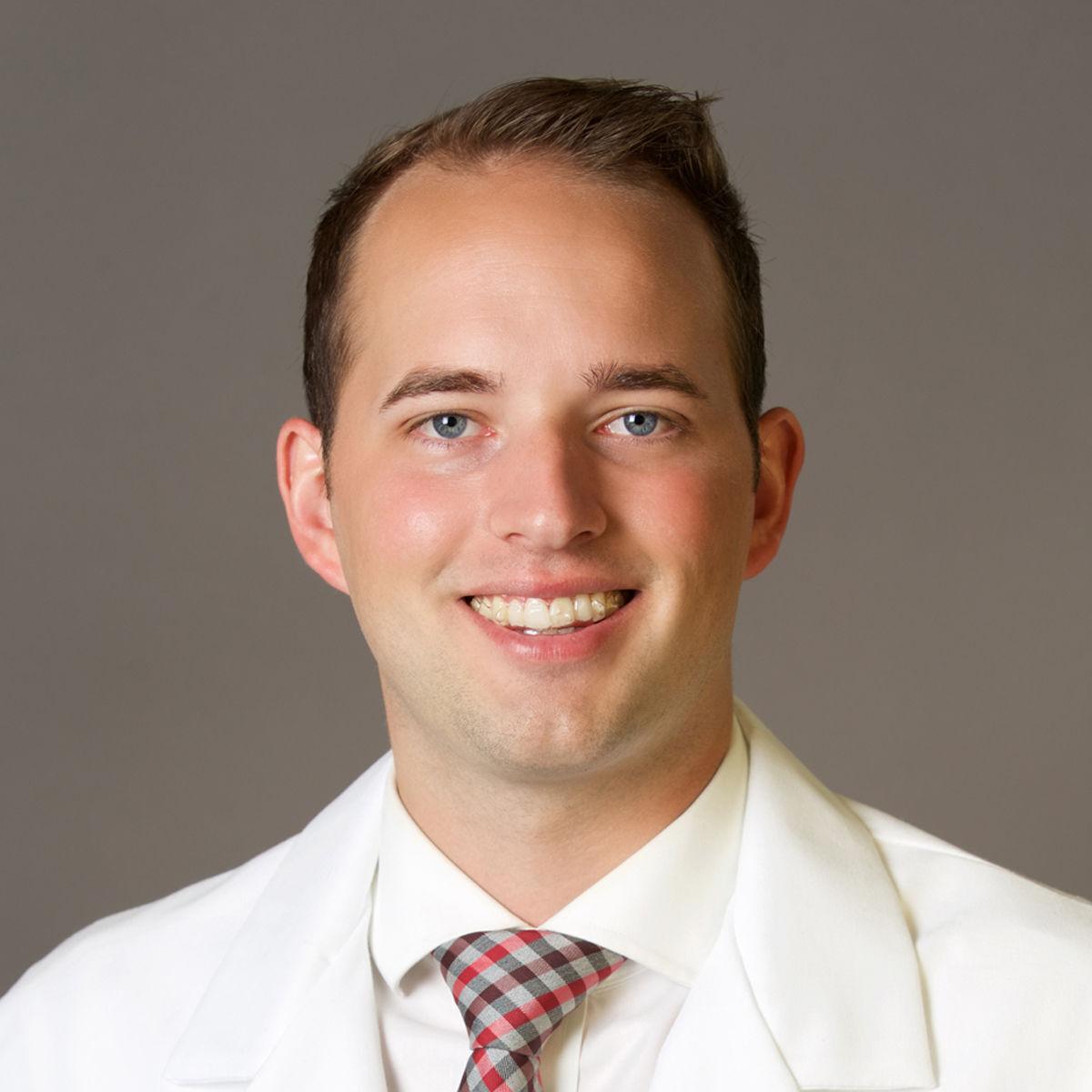 Jacob Boyd, a Treasure Valley native, is part of the Idaho College of Osteopathic Medicine's first class set to graduate in May 2022.

When Thomas Auen applied to medical school in Idaho in early 2018, he knew he wanted to be a doctor.

He wasn’t sure which kind. Providing family medicine in rural areas stood out to him. He liked the idea of building relationships with patients.

His first of a dozen clinical rotations, to expose him to various fields, was in family medicine.

“At the time, it wasn’t like I was thinking no,” Auen recalled recently. But, working with women and soon-to-be mothers in his OB/GYN rotation checked another box, putting him in the operating room for more hands-on work and helping with “the miracle of birth” brought the inspiration Auen was looking for.

“If you have a mom coming in for her visit, it’s imperative that you are an advocate for them, that you are on their level,” he said.

Auen, currently at Bingham Memorial Hospital in Blackfoot, is one of more than 100 medical students in Idaho College of Osteopathic Medicine’s first class. Set to graduate in May 2022, they’re more than halfway through their exploration of a dozen different medical fields with clinical clerkships — under doctors specializing in internal medicine, emergency medicine, pediatrics and other fields — meant to help them figure out what type of medical practice they want to enter.

The “future physicians,” as the college calls its students, are closer to entering the workforce.

School is just one piece of the puzzle to bring more doctors to small communities. But the college’s leaders hope the program will open up new opportunities to solve the mostly rural state’s drastic doctor shortage.

“People that don’t have easy access to a primary care provider — they put off getting their problems addressed until they become huge problems,” said Tracy Farnsworth, ICOM’s president. “And then the cost to fix those problems is overwhelming. It’s much better off to make sure people have a good primary care provider.”

Auen and his classmates have another year left at ICOM. That’s followed by a multi-year residency where they practice in a specific field after they graduate and even more training afterward. Doctors are likely to end up practicing medicine where they complete their residency, and Idaho leaders are working to expand residency opportunities.

The state has improved its doctor shortage. In recent years, efforts to expand medical residency programs by bringing in dozens of residents helped move the mark on two national rankings that Idaho’s continually sat near the bottom of.

Still, “we’re at the bottom of the heap, however you look at it,” said Thomas Mohr, dean and chief academic officer at ICOM.

It’ll take time to improve. The college is looking to hire someone to oversee residency partnerships between ICOM and local hospitals across the state. Mohr, who has helped start more than two dozen medical residency programs elsewhere, is hopeful his college’s push will pay off.

“Ultimately, if we’re gonna make a difference in the state of Idaho” and keep the pipeline of medical students here, “that’s really the next big thing we have to do,” Mohr said.

Jacob Boyd, born and raised in the Treasure Valley, starts at the Boise VA Medical Center on Monday. He has several more clinical rotations to go. But he’s learned a lot about what jobs do and don’t check off his boxes.

Being in the emergency room was fast-paced and fun. But it took him away from his wife and two children for some nights, weekends and even Thanksgiving morning. Boyd heeded some advice a doctor once gave him: Don’t just do the job that gives you the most initial rush.

“Because after a couple years, you just do it all the time,” Boyd remembers the doctor saying. “It’s not this rush anymore. But you’re just stuck with maybe a worse schedule. More exhausting demand.”

Look past the immediate thrill and figure out what you want to do with the rest of your life, the doctor advised.

Dermatology seemed a good fit. He found himself reading more about surgeries to reconstruct faces or remove cancerous growths from skin. Boyd isn’t sure if his future clinical clerkships will change his mind. But for now, he’s preparing to apply for out-of-state dermatology residencies.

Auen, who lives with his parents in Pocatello during his clinical rotations, might not stick around in the Mountain West for the immediate future. He said he can’t find an OB/GYN residency nearby, so he’s looking toward the Midwest and East Coast for programs. He hasn’t ruled out coming back to practice medicine in the Gem State. But at least one thing’s for sure.

“I do believe there’s a calling for me to be able to provide rural medicine,” Auen said.