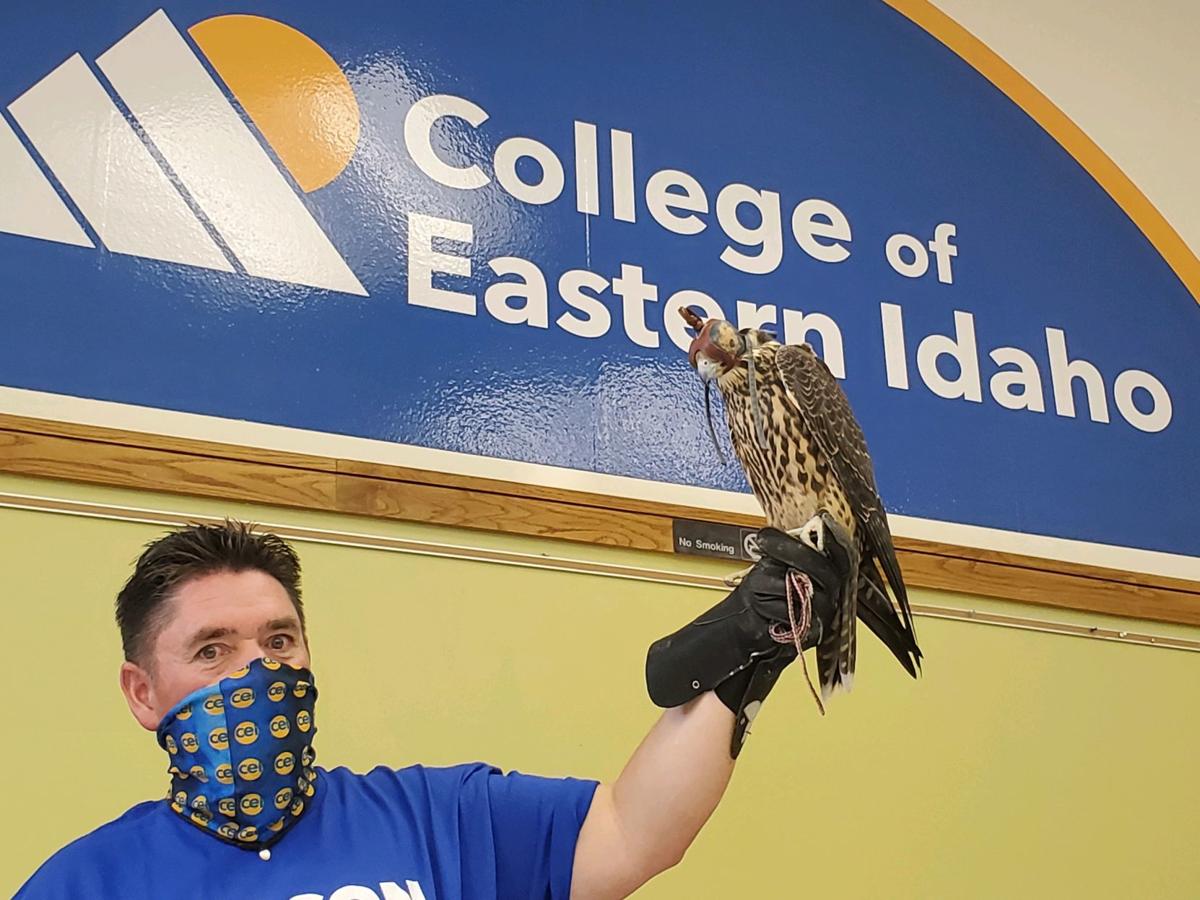 Stephen Buffat poses with his unnamed falcon at the College of Eastern Idaho on Thursday. The bird will be the school’s live mascot at multiple events planned for this fall. 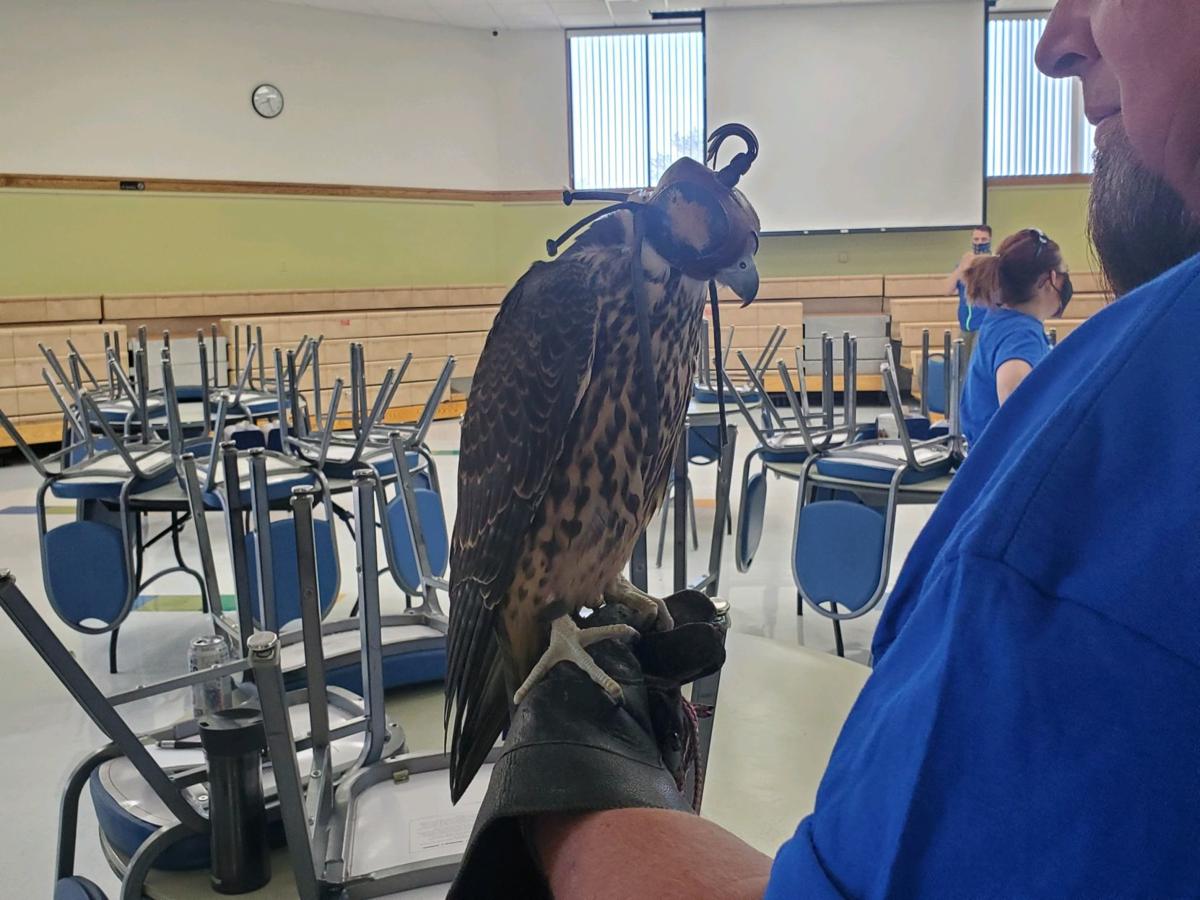 Stephen Buffat brings his two-month-old falcon into the cafeteria at College of Eastern Idaho on Thursday.

Stephen Buffat poses with his unnamed falcon at the College of Eastern Idaho on Thursday. The bird will be the school’s live mascot at multiple events planned for this fall.

Stephen Buffat brings his two-month-old falcon into the cafeteria at College of Eastern Idaho on Thursday.

The College of Eastern Idaho has been known as the Falcons for years, but until recently they did not have a live version of the animal.

A 70-day-old falcon was brought to the school Thursday morning as part of a student Senate event and to pose for promotional pictures for the upcoming school year. The flapping mascot was first introduced on a small scale last year, but college officials hope to have the birds appear at four to five events per semester going forward, including college fairs and events open to potential new students.

“We went through the spring without any events to show him off at. Now we’re kinda open, and we can do more things that deserve a live mascot,” Dean of Student Affairs Mike Walker said.

The idea for having a live bird mascot came about last year. Evan Williams, a student senate member and the current class president, said he had the idea as a way to supplement the work that was done by the people dressed as the college’s mascot, a blue falcon named Frankie.

“The last company I worked with used falconers to help protect their fields. So I thought we should be able to get one that can be at the college,” Williams said.

He ended up getting in touch with local falcon trainer Stephen Buffat. Buffat, who said he’s been passionate about hunting birds since high school, is a member of the Idaho Falconers Association and organizes the group’s annual fall event near Arco. He currently owns two birds of prey, including the young peregrine falcon that will be college’s main mascot for the next school year.

Buffat kept a hood on the bird most of the time Thursday morning and kept the bird tied to his glove by a short piece of string. Aside from those safety measures, he said that proper training was the main step in getting the bird to be comfortable being around crowds of people.

“Peregrine falcons are opportunistic animals. They learn that I am their best way to get food, but it takes a while to get to that point,” Buffat said.

While he’s brought his birds to classrooms and events in the past, this is the first time that one of Buffat’s birds has been taken on as a mascot. Some of his birds made appearances at a few college events last school year, including a club fair in the fall and small student events in the early spring. After the college closed its in-person classes and events in March, this was the first time Buffat had come back and the first event for his newest falcon.

Buffat has not settled on a name for the falcon yet, since he wants to see it properly fly and hunt before getting making that decision. Whenever it comes on campus, however, it will be known as Frankie.