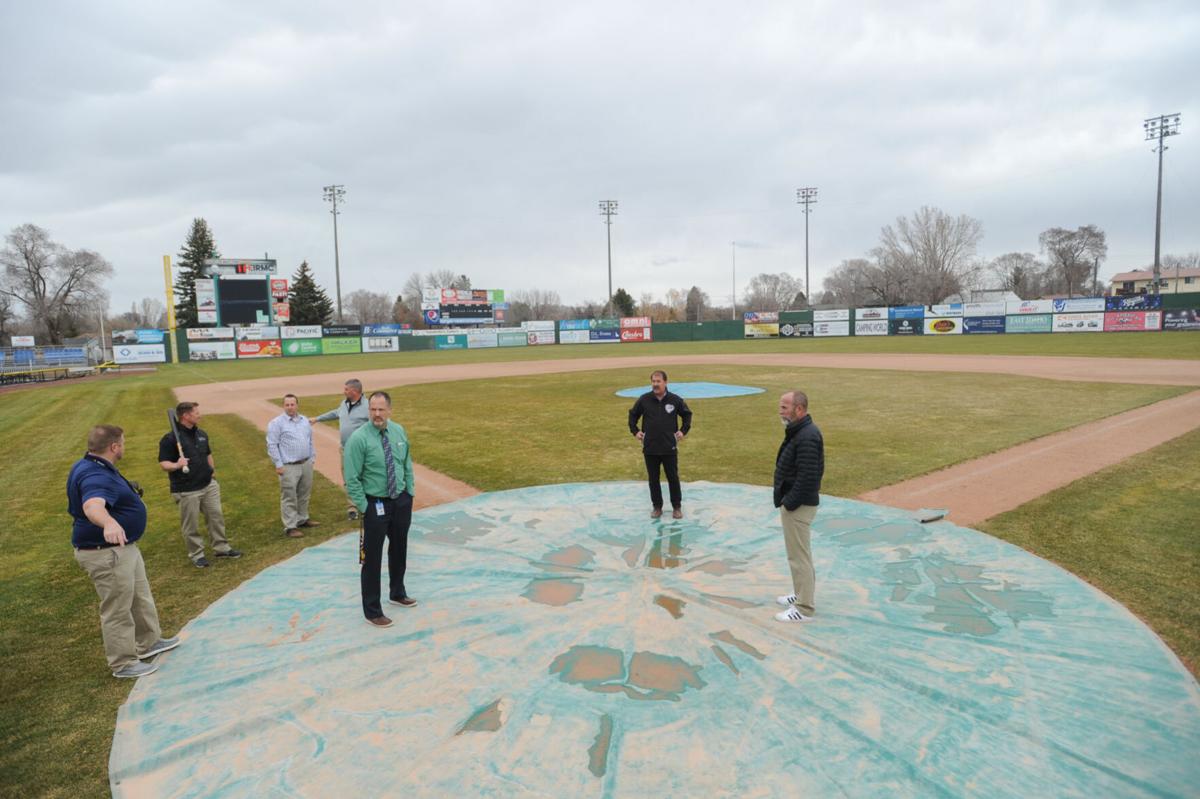 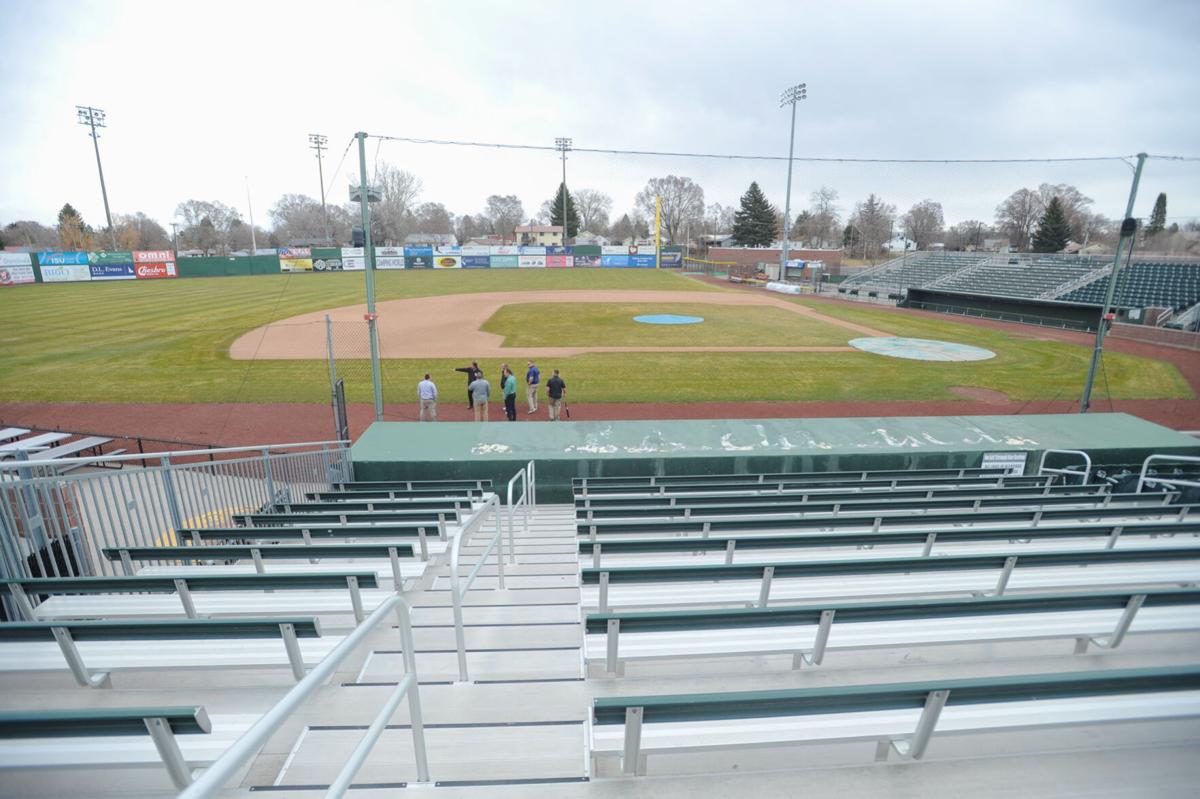 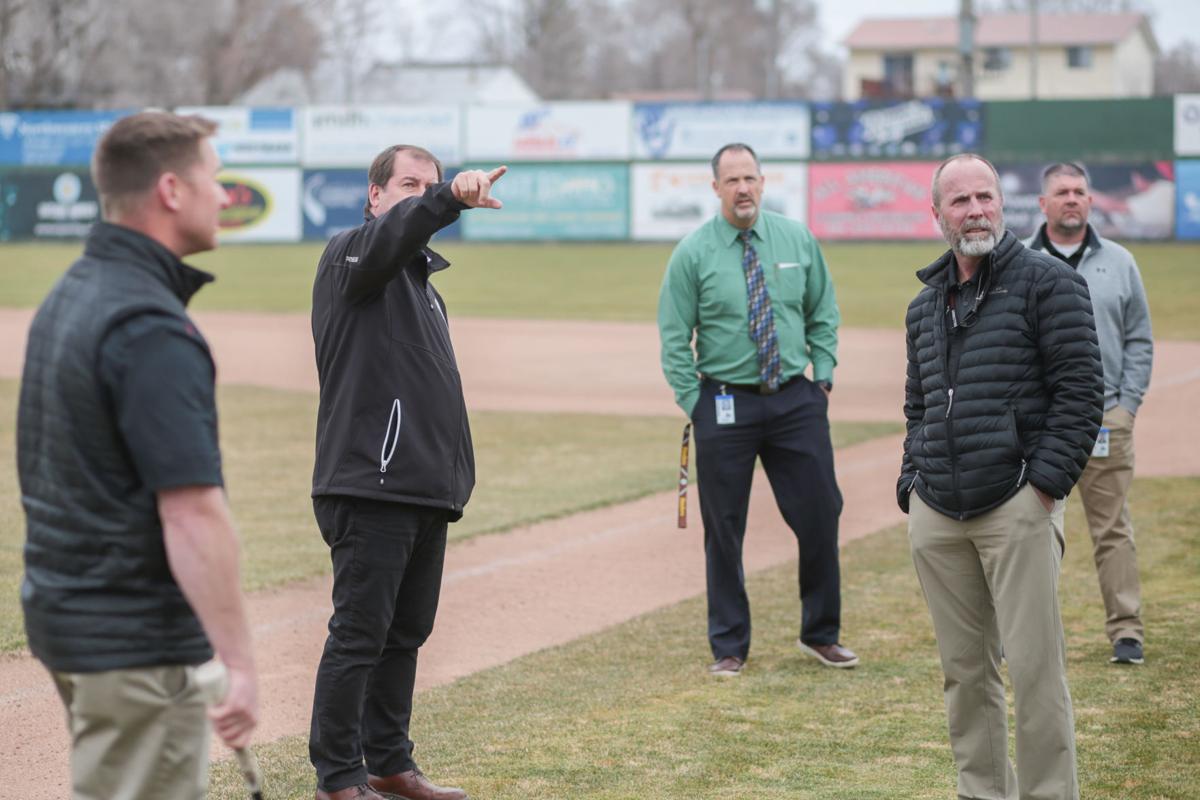 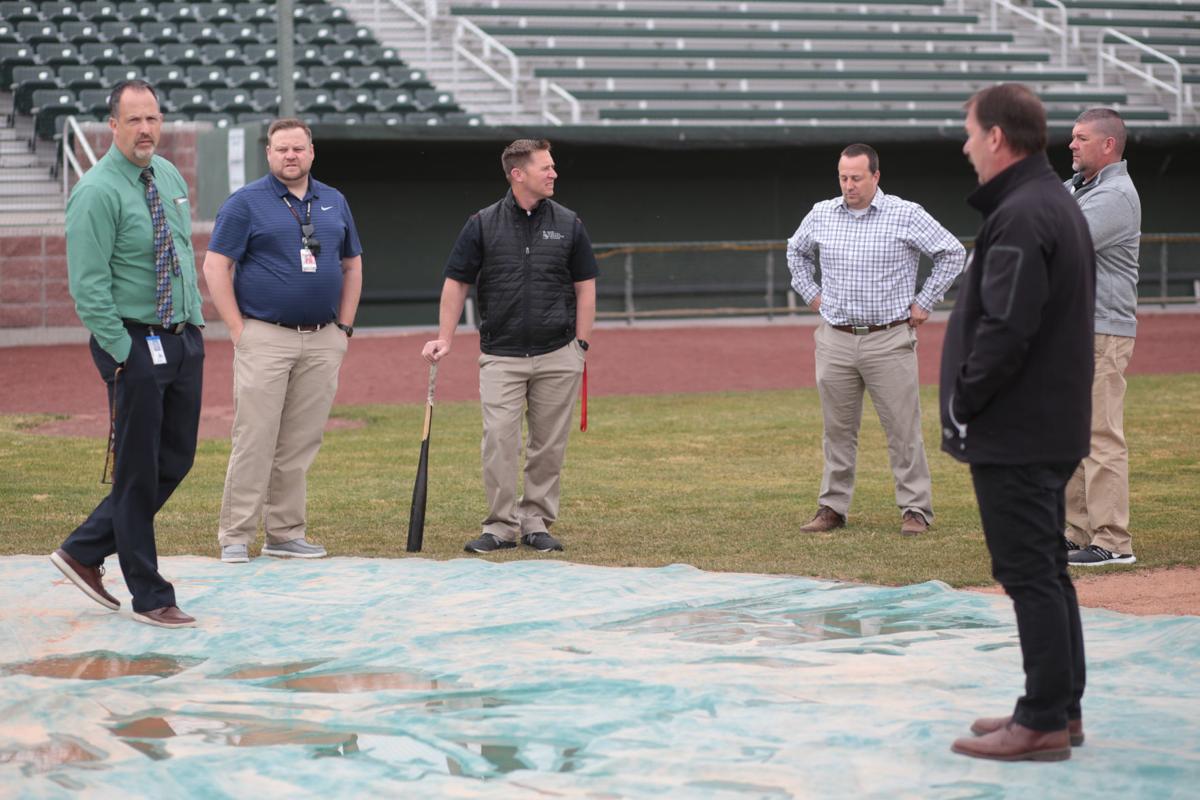 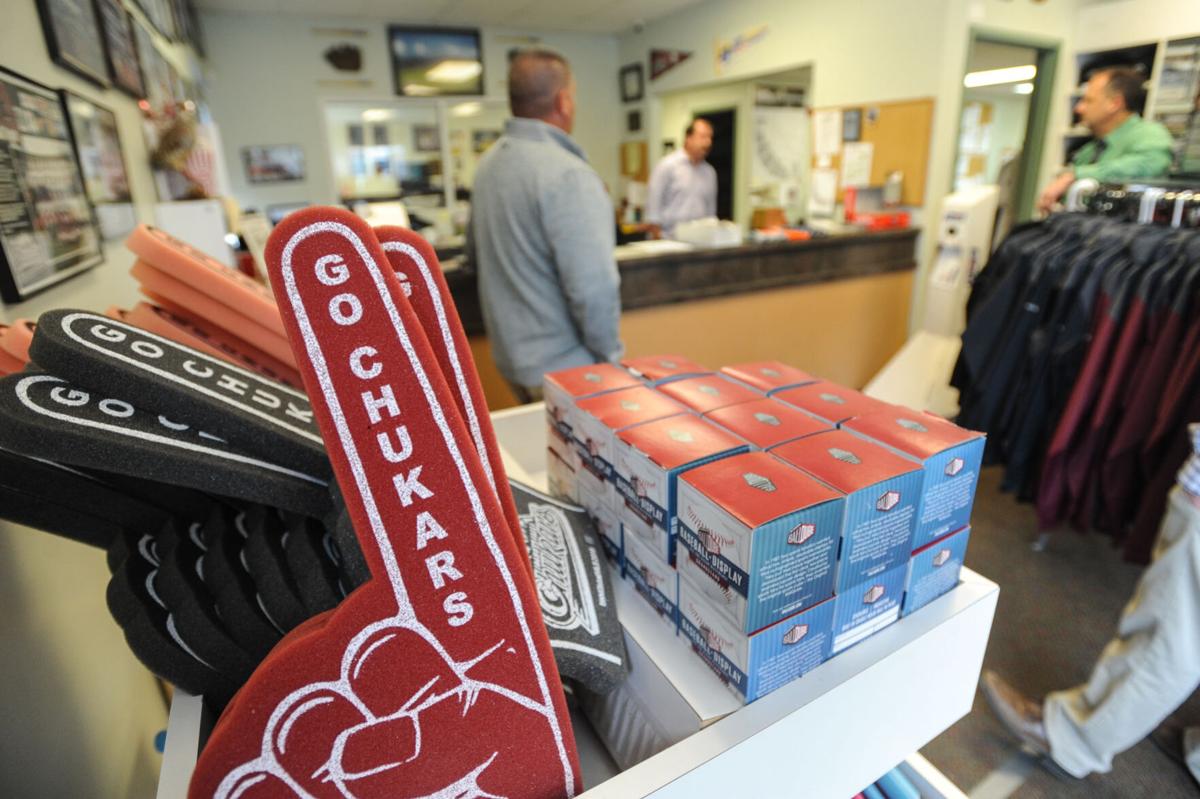 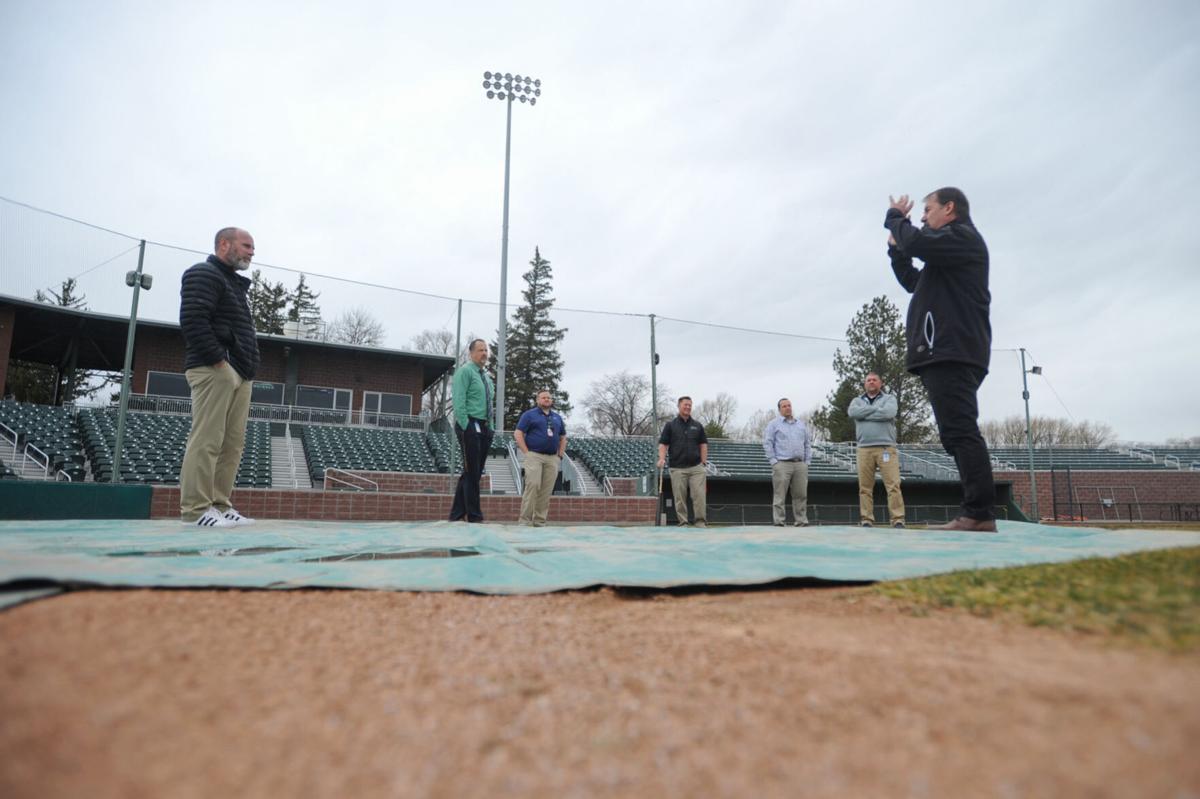 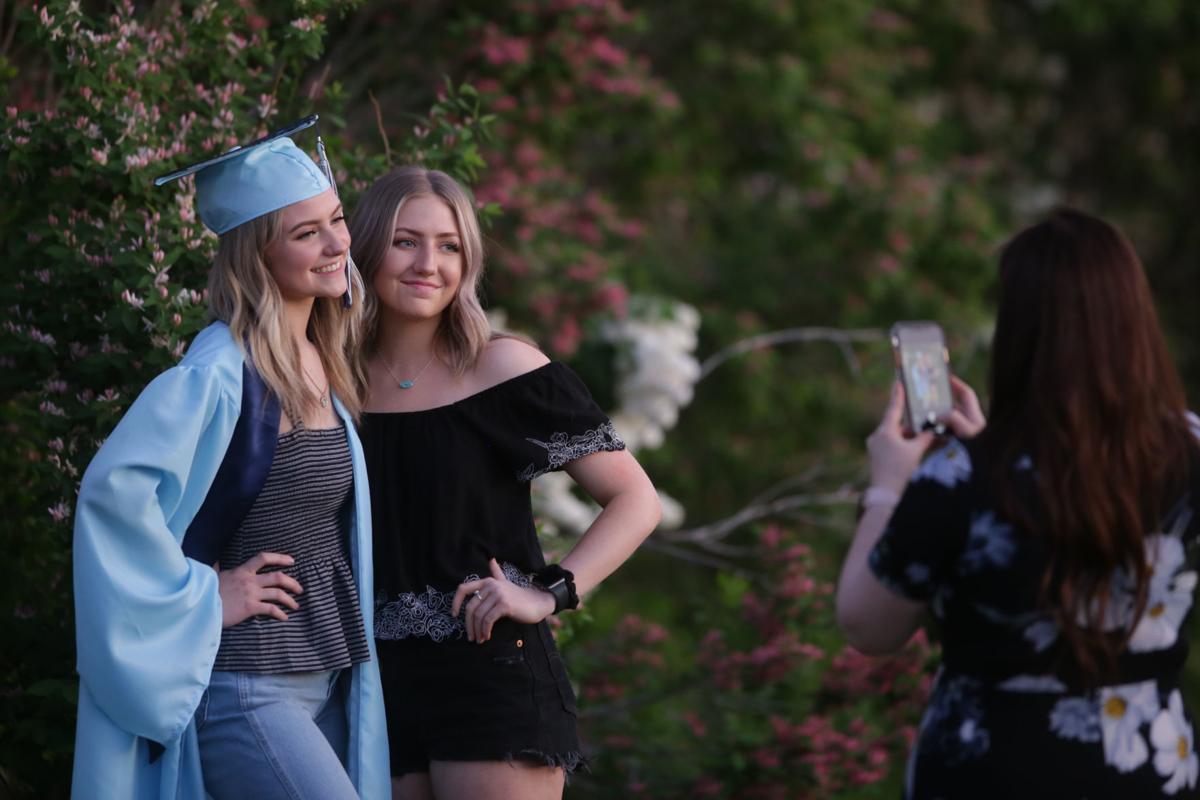 Ella Shaw, left, and Izzy Shaw pose for photos during the graduation ceremony for Skyline High School at Motor Vu Drive-In on Wednesday, May 27, 2020. 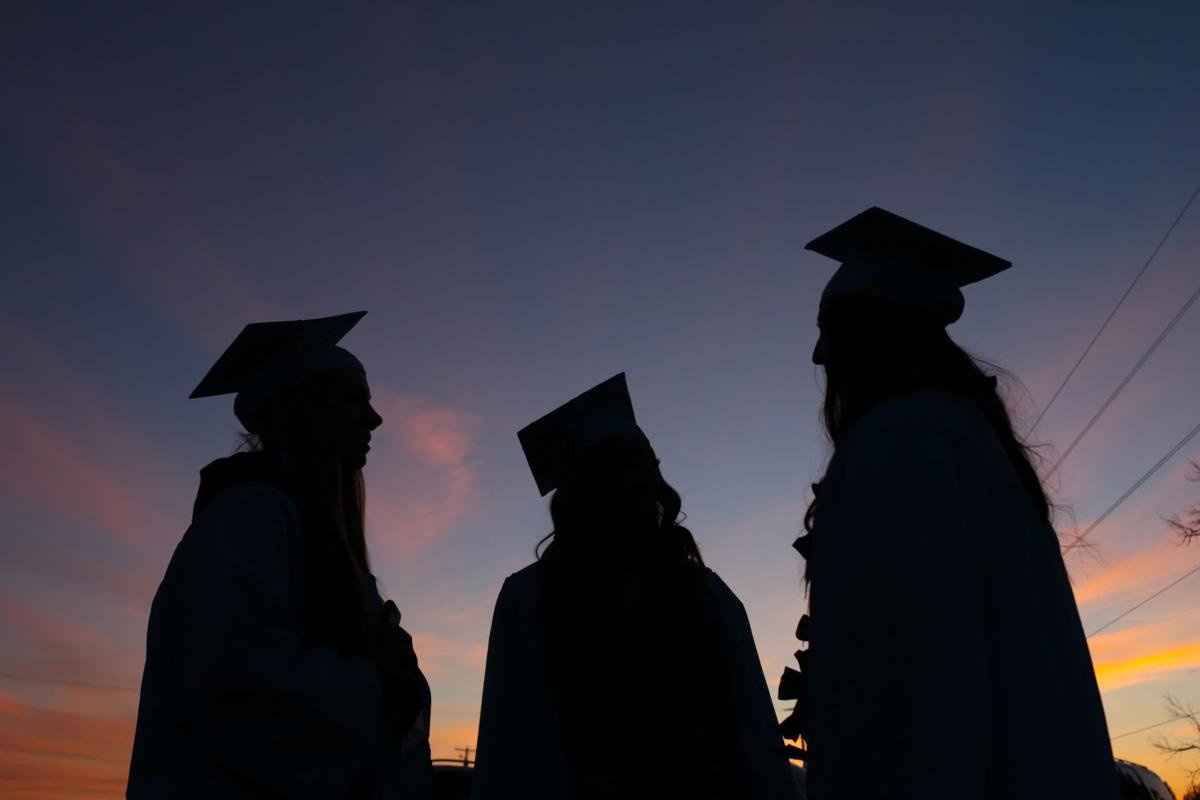 Graduating seniors hang out before the graduation ceremony for Skyline High School at Motor Vu Drive-In on Wednesday, May 27, 2020.

Ella Shaw, left, and Izzy Shaw pose for photos during the graduation ceremony for Skyline High School at Motor Vu Drive-In on Wednesday, May 27, 2020.

Graduating seniors hang out before the graduation ceremony for Skyline High School at Motor Vu Drive-In on Wednesday, May 27, 2020.

High schools across Idaho Falls moved their graduations outside last spring to hold the major event within pandemic restrictions. Those ceremonies will remain outdoors for the class of 2021 — and potentially for seniors going forward.

Administrators from Thunder Ridge High School and Hillcrest High School visited Melaleuca Field on Monday to get a better sense of how well the baseball field will work as a graduation stage. Both schools plan to hold graduations at the stadium in the midst of the Idaho Falls Chukars’ season.

Meanwhile, Bonneville High School and the entirety of Idaho Falls School District 91 are returning to the Motor Vu Drive-In for their second straight year of graduation ceremonies. School officials said the events this year will offer more live aspects for seniors than the previous outdoor graduations while allowing them to be ready if COVID-19 case numbers increase.

“We figured this was the safest way to make plans for a graduation ceremony that can bring in a lot of family members and comply with any changes to our COVID plans,” Bonneville Principal Levi Owen said.

Officials at Hillcrest and Thunder Ridge had considered using the baseball field for their graduations in 2020 before landing on the idea of hosting their own drive-in events. Students drove to the school parking lots and watched the ceremonies on a rented screen.

The cost of putting on those events led the two schools to plan for an alternative approach for this year’s graduates. As he talked to the senior class officers about the potential graduation plans, Thunder Ridge Principal Doug McLaren said that Melaleuca Field seemed to fit well with the student interests.

“Number one was they wanted all the seniors to be able to sit together,” McLaren said. “We’re not limiting tickets as much, we can have speakers and normal graduation moments but still feel a little unique with the space.”

McLaren, Hillcrest Principal Scott Miller and other administrators took a tour of the stadium Monday with Chukars’ General Manager Kevin Greene. The field had hosted Republican Party fundraisers and MMA fights in the past, so Greene knew how an event could play out.

Students will be lined up in arched rows of folding chairs, largely in the foul territory. Up to 2,700 family members and visitors could fill the stands if the event can take place at full capacity. A podium might be set up at home plate for speeches and the awarding of diplomas, which can be broadcast on the outfield screen.

“Since it will be during the season, we can even have the concessions stands open for parents,” Greene said.

High school graduation ceremonies were among the first events held at the Motor Vu Drive-In when it reopened last year. Lynne and Ryan Rumsey had purchased the theater after it closed in 2017, and they were already deep into a renovation when COVID-19 began driving up demand for a large outdoor venue.

Jennifer Spalding is the co-director of the Motor Vu Drive-In and the Rumseys’ niece. She said graduations contributed to the drive-in opening as quickly as it did last year. The theater had been in touch with schools about holding graduations again since January.

“I think there is something special about the drive-in theater experience. It does evoke this sense of family and community and a time gone by,” Spalding said.

Dan Keck, assistant superintendent for secondary education in District 91, said that the four principals in the district had the final say on where graduation would take place but had consulted with the senior classes.

Students in three of the district’s high schools were heavily in favor of returning to the drive-in theater. Some Idaho Falls High School students had campaigned to hold an outdoor graduation at Ravsten Stadium, which Keck thought could work but was more vulnerable to changes in the weather.

“With the theater, if we get rain or if it gets super windy, you have people protected from the elements in their cars. Everyone can see and everyone can hear,” Keck said.

Sarah Bidstrup had heard some of the same mixed reactions from the other seniors at Compass Academy, but she was excited about the prospect. Bidstrup has five siblings who had already graduated from District 91 and had mixed memories of their indoor graduation ceremonies. She had also attended the Compass graduation at the Motor-Vu last year.

“I think it was a good kind of different,” Bidstrup said. “I liked how the graduates could be in cars with their family or with their friends, and all be able to share those moments.”

The class of 2020 had picked the diplomas up from their cars as they entered the drive-in. Keck said the schools were likely to have students walk to accept their diplomas and that more speeches would be held live instead of being pre-recorded. The event will be broadcast in English and Spanish through the car radios and could be capped with fireworks, which many schools chose to include last year.

The District 91 Education Foundation covered the cost of booking the theaters last year and will do the same this spring.

In addition to the schools that are returning from last year, the Motor Vu will hold a graduation ceremony for Idaho Virtual Academy. The online school approached the drive-in about having students from throughout the region attend a physical graduation event in Idaho Falls.

“We plan to be there for the high schools as long as they need us, during COVID and after COVID,” Spalding said.