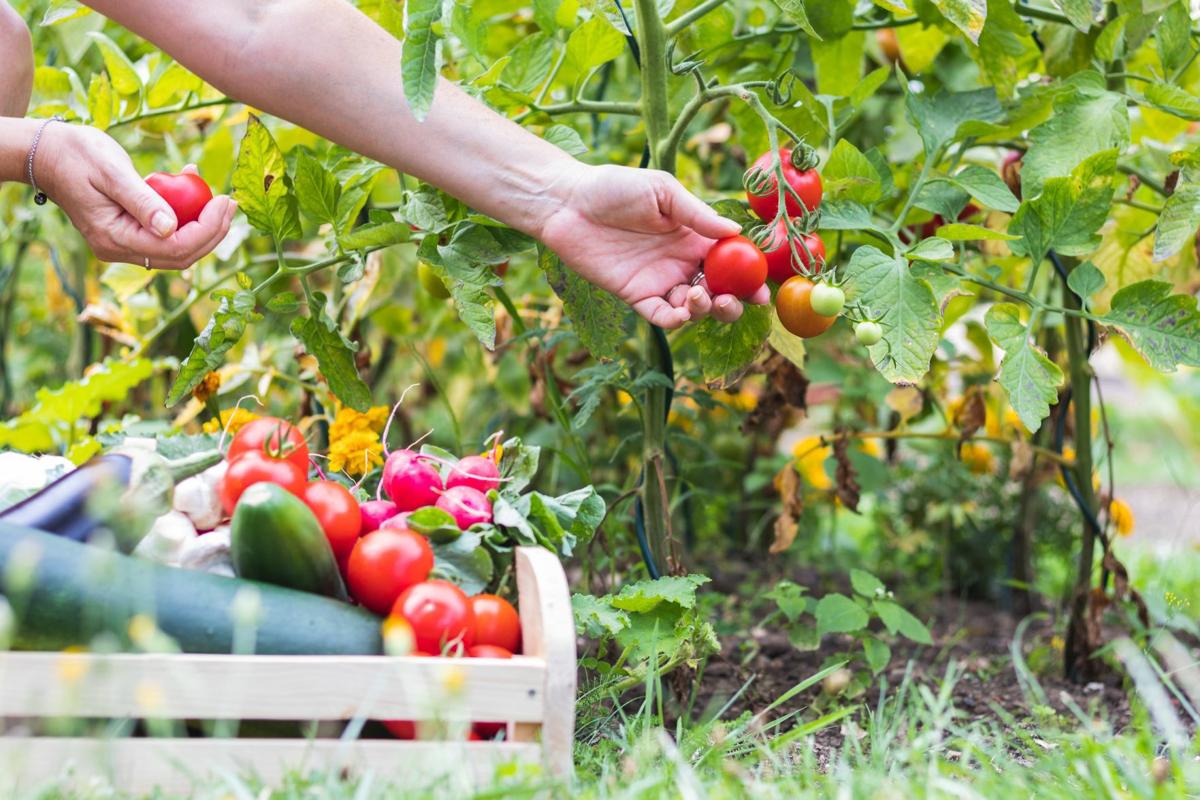 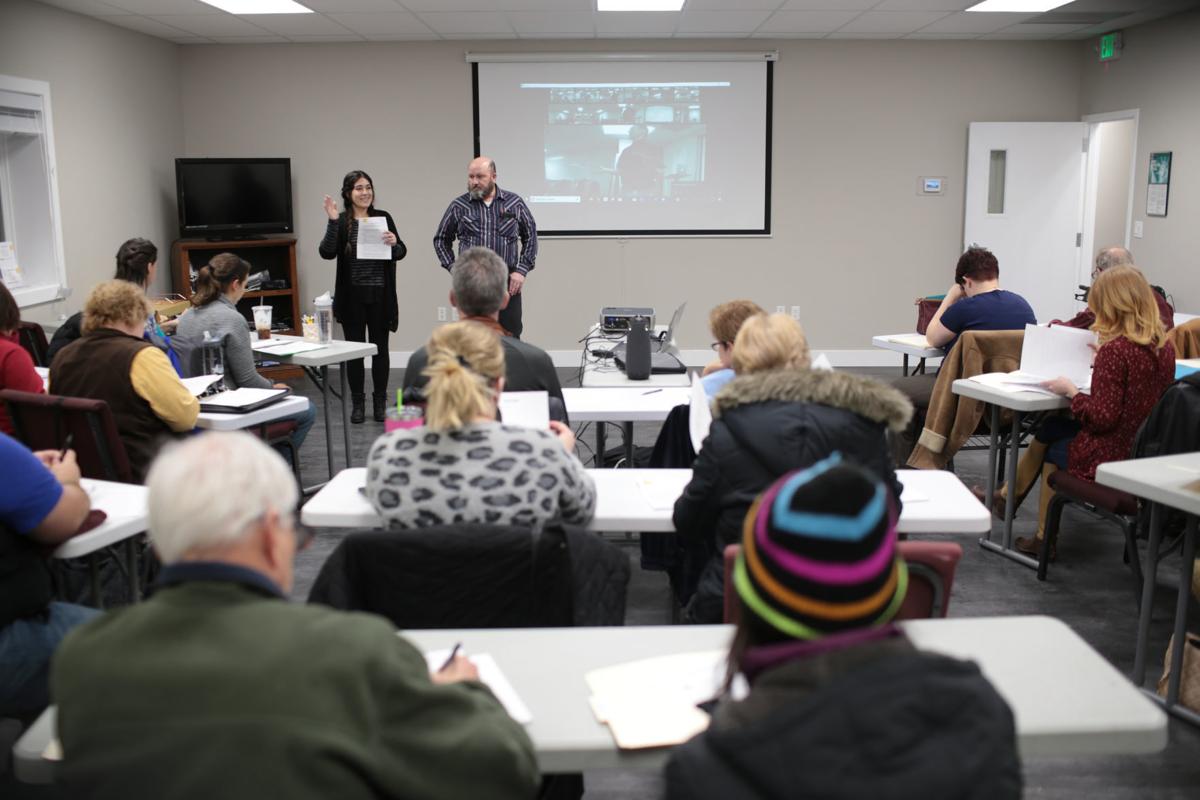 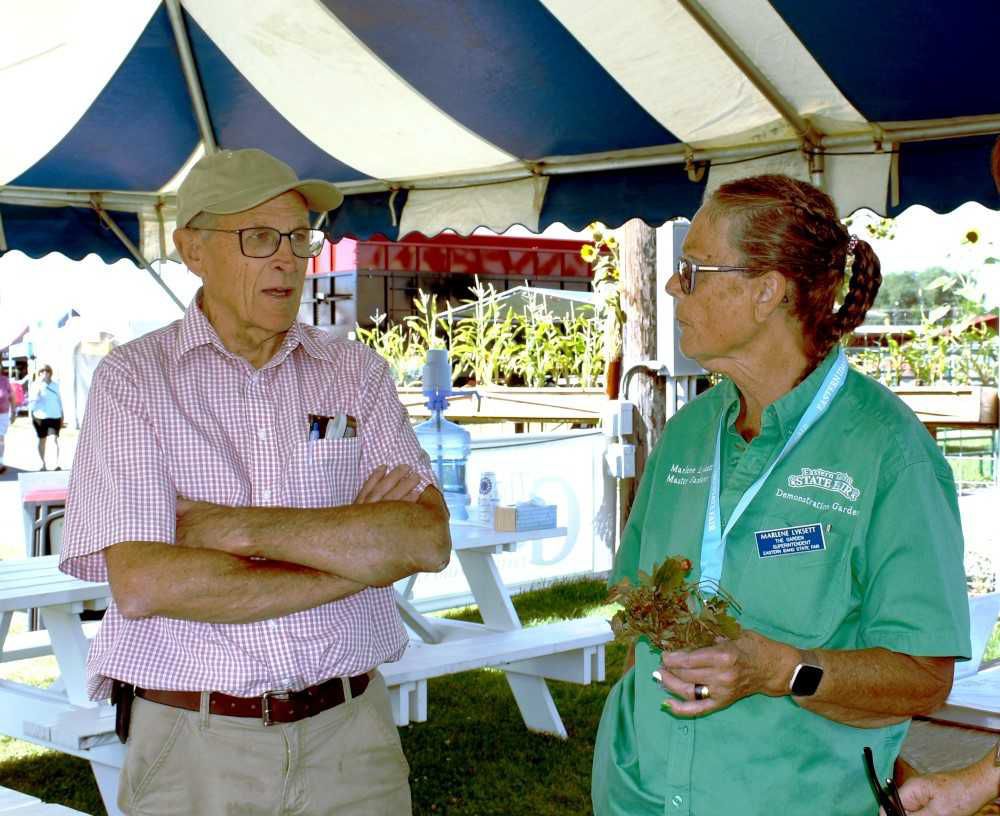 Marlene Lyksett, an Idaho Advanced Master Gardener and the supervisor of The Garden at the Eastern Idaho State Fair, consults with a fairgoer over why his strawberries are ailing. 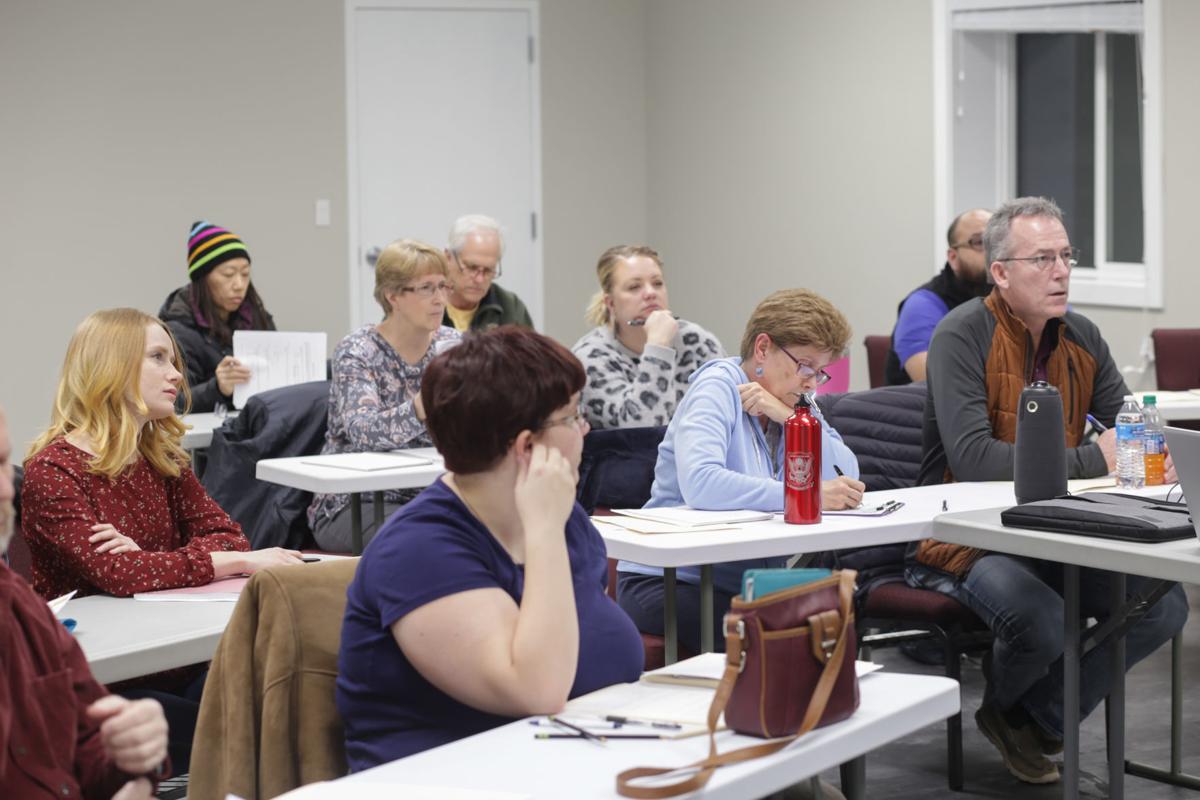 New students listen to Ronald Patterson, a University of Idaho horticulture educator, during a master gardener program class at the Bonneville County Fairgrounds on Tuesday, Jan. 14, 2020. 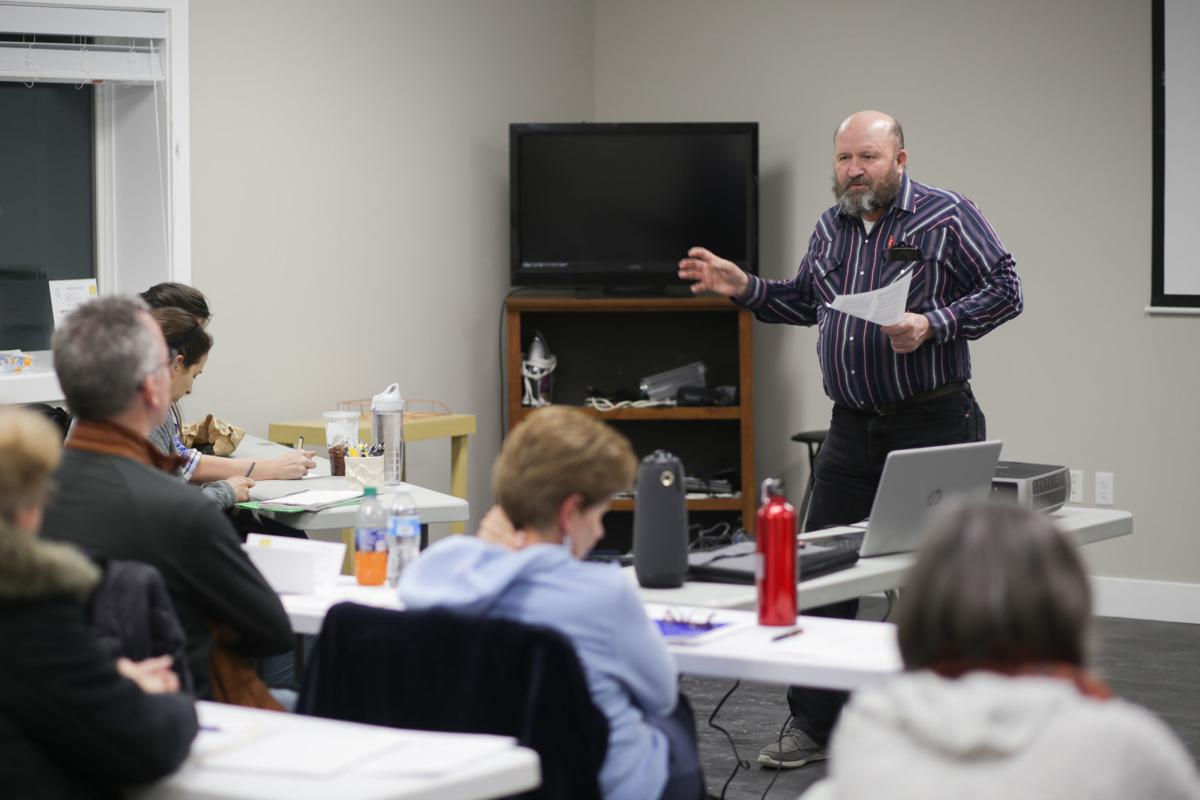 Marlene Lyksett, an Idaho Advanced Master Gardener and the supervisor of The Garden at the Eastern Idaho State Fair, consults with a fairgoer over why his strawberries are ailing.

New students listen to Ronald Patterson, a University of Idaho horticulture educator, during a master gardener program class at the Bonneville County Fairgrounds on Tuesday, Jan. 14, 2020.

There may be snow outside, but that isn’t stopping some in Idaho Falls from working on their green thumbs.

Bonneville County held the first class for this year’s University of Idaho Master Gardeners program on the night of Jan. 14. Around 20 students attended the lecture at the college’s extension office, located next to the Bonneville County fairgrounds, to begin working on their certification to help themselves and their community learn how to best grow flowers and vegetables.

“It’s a good agriculture class, but it’s also letting them give back to the community. It’s kind of a service program as much as an educational one,” said Ron Patterson, the horticulture professor who leads the class at University of Idaho’s Bonneville County extension.

The Master Gardener program first began at an extension of Washington State University in 1973 as a way to answer the questions of new suburban gardeners and began spreading to the land-grant universities in every state. The University of Idaho added its version of the program in 1976, which has since spread to extensions at 32 counties across the state.

Bonneville County has hosted an annual class for nearly 30 years and Patterson says it is the only extension office in eastern Idaho with a dedicated office for the program. Lance Ellis, who teaches at the Fremont County extension and manages the eastern district of the Master Gardener program, said that was due to the help given by the Bonneville County Commissioners.

Classes in Bonneville County and the majority of other extensions in eastern Idaho are held on Tuesday nights over the next 12 weeks. Students pay $220 for the semester-long class, $155 of which will be refunded if they make it to the required number of service hours. Getting recertified in the future is another $25 per year.

Almost all the students in the class were older than traditional college students and many had been gardening for years already. Doug and Adrienne Harmer have been planting flowers since they were 4-H members during high school. The couple still keeps a large garden at their home in town, though Adrienne said their success with it has always been a little hit and miss.

“We get so many people that ask us for advice and help with their gardens. We would usually send them to a master gardener, and now we can be that resource,” she said.

“My husband took this course a few years ago, so I’m hoping to get a little more information to use,” Colette Jorgensen said, who attended with her daughter.

The Master Gardener program through the University of Idaho requires students to serve at least 30 hours of gardening-based community service during the year in addition to attending the classes in order to be certified. Patterson holds his students to a higher standard of 40 hours a year, with 16 of those hours coming as office work and 24 on projects.

In addition to running the local Master Gardeners program, Patterson works with the county to issue pest alert emails for gardeners and regularly answers questions in a column for Intermountain Farm and Ranch.

To get those hours during the year, students can help diagnose problems for people around town or work the booths for the program at the farmers market and Eastern Idaho State Fair. This year there also will be a demonstration garden outside the extension office that they can volunteer with. One student asked if they could propose their own projects. Patterson said they could if they made a good case.

This year, the majority of the lessons in eastern Idaho will be held remotely. The professor at one extension office will use video-conferencing to share their lesson with multiple locations at once, allowing teachers to focus on the aspects of gardening they specialize in.

The hands-on portion of the lessons will begin next week with soil testing, although that section of the program won’t fully bloom until the spring. Rexburg will host a regional convention for the program in June, which provides an additional day of practical lessons.