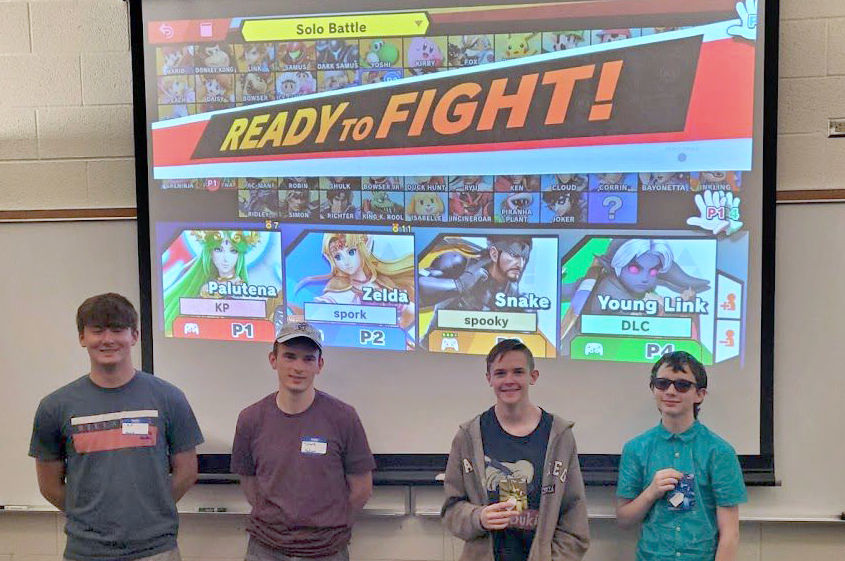 Super Smash Tournament winner Xane Moretz (left) and the other top finishers pose after the championship match on July 13. 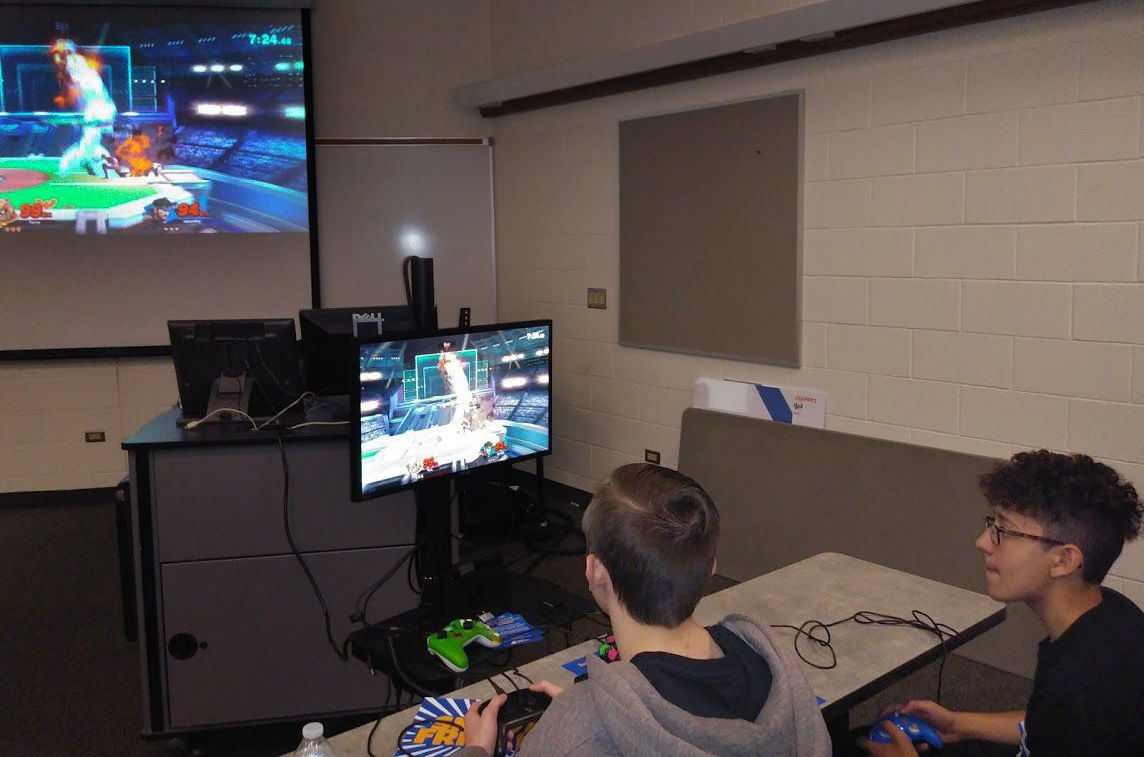 Local high school students face off in "Super Smash Bros. Ultimate" during the tournament at College of Eastern Idaho on June 22.

Super Smash Tournament winner Xane Moretz (left) and the other top finishers pose after the championship match on July 13.

Local high school students face off in "Super Smash Bros. Ultimate" during the tournament at College of Eastern Idaho on June 22.

The College of Eastern Idaho will hold its fifth and final Super Smash Tournament of the summer Saturday to help roll out an esports program that will launch once school starts later this month.

The college has been holding a competition in “Super Smash Bros. Ultimate,” the newest title in Nintendo’s beloved fighting series, every third Saturday this summer. The tournament is divided into two brackets, one for players younger than 13 and one for everyone else, with gift cards and Nintendo items being given to the top three finishers in each division.

Dean of Student Affairs Mike Walker said the college was adding the program to entice possible students who might be interested in the college’s computer and technical degrees and to give the college an outlet to compete with other campuses across the state or country.

“CEI is not likely to have physical sports teams anytime soon, so this provides an opportunity for competition for the students that we already have and the students we are trying to recruit,” Walker said.

Competitive esports are expected to become a billion-dollar industry by the end of 2019, with some international tournaments being aired on ESPN or offering millions in prizes to the winning players. On Sunday, 16-year-old Kyle Giersdorf, of Pottsgrove, Pa., won $3 million in the Fortnite World Cup solo finals in front of a sold-out audience at Arthur Ashe Stadium in New York City.

The esport presence has slowly grown across Idaho over the last few years. Thunder Ridge High School launched an esports club last year and is one of 13 Idaho schools listed as members of the High School Esports League.

Boise State University offers varsity esports in five games, none of which are “Super Smash Bros. Ultimate.” Walker said CEI’s program eventually will expand to include the two biggest PC games in the world of esports, “Overwatch” and “League of Legends,” and the two colleges had talked about holding matches against each other once that happens.

Attendance at the college’s Super Smash Tournament has grown steadily over the summer. Forty players took part in the 13-and-over tournament, while younger players and spectators brought the total attendance to 75. Competition at the tournament has also increased over the months, with players coming from as far away as St. Anthony and Pocatello to take part.

“These games are getting better and faster every time,” Walker said.

The last two tournaments have been won by Xane Moretz, who is going into his second semester at College of Eastern Idaho. Moretz has played many of the games in the “Super Smash Bros.” series and practices the newest game in his free time but said he isn’t competing because of the prizes.

“I don’t take it too seriously, but I always try to win,” Moretz said.

Live video feeds of the tournaments will be offered through Twitch, the streaming website that most professional video game players use to share their efforts with fans. Hailey Mack, the senior coordinator for student affairs at the college, said the college was attempting to have Saturday’s tournament be the first test of the Twitch streaming.

Walker said the program will start with monthly tournaments for “Super Smash Bros.” and opportunities for students to train and practice at the game. The college has also held Smash Friday events every week, where anyone interested can come by the college and practice the game.

Saturday’s tournament starts at 11 a.m. in Building 5 of the college. Playing in the tournament costs $5 per person at the moment, though CEI students will be able to play for free once the school year starts.

Classes are over at Thunder Ridge High School. Janitors are roaming the halls, cleaning the newly minted school on a Tuesday evening.