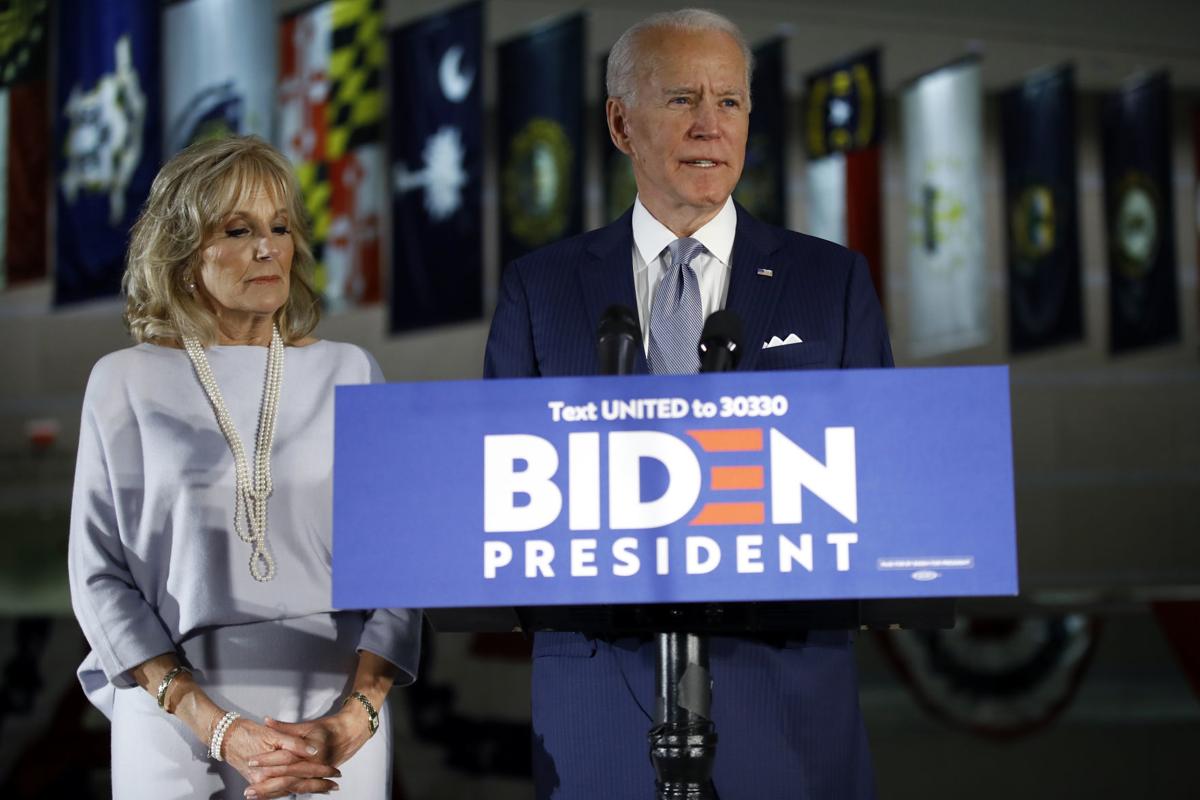 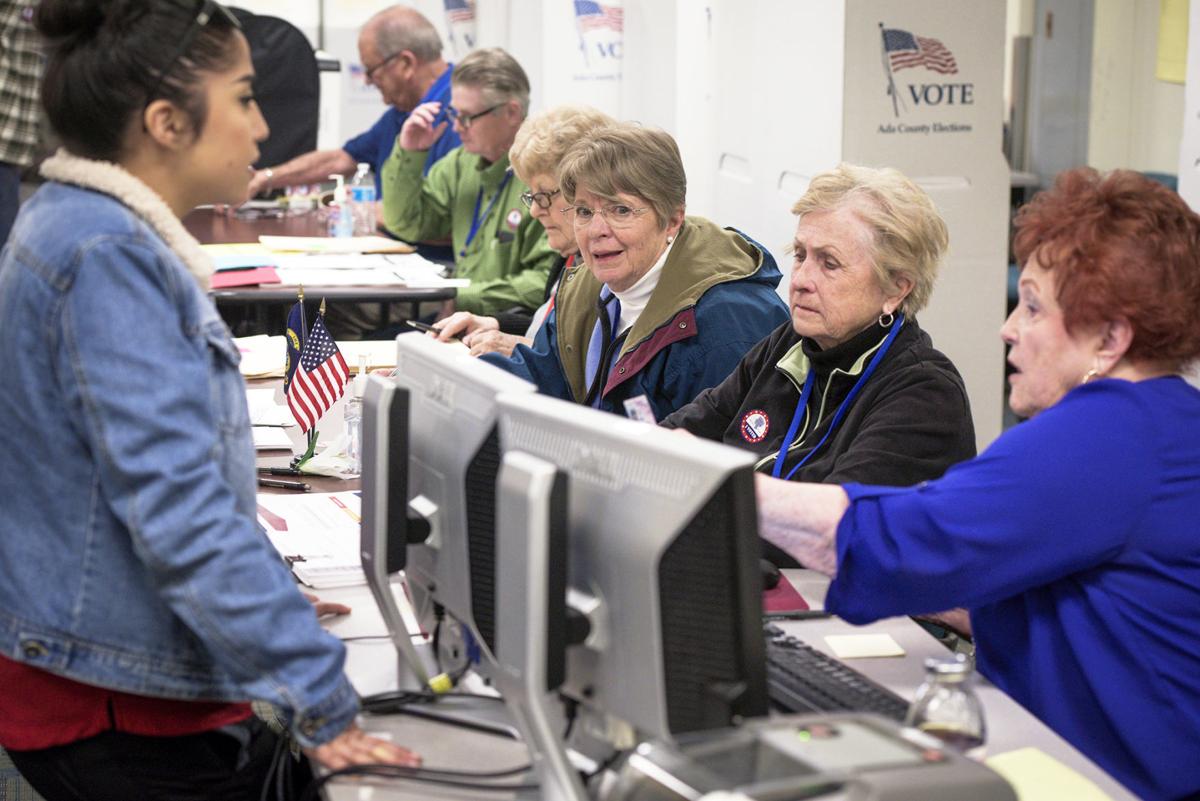 Ada County residents check in to vote in the Idaho primary elections at the Ada County General Elections building in Boise on Tuesday, March 10, 2020.

Ada County residents check in to vote in the Idaho primary elections at the Ada County General Elections building in Boise on Tuesday, March 10, 2020.

Joe Biden seemed poised to win the Democratic primary in Idaho and in Bonneville County on Tuesday night, while two out of three local school levies were approved.

In unofficial results as of 10:30 p.m. with 12 counties fully reported and partial results from 11 more of the state’s 44 counties, Biden had received 47.2% of the vote while Bernie Sanders had received 41.3%.

In Bonneville County, Biden received 2,082 votes compared to Sanders’ 1,835. Sanders had easily won the state’s Democratic primary caucus in 2016, with more than three-quarters of the votes in Bonneville County and across Idaho.

On the Republican side, President Donald Trump received overwhelming support in the primary with more than 90% of votes statewide and 92.3% in Bonneville. Trump had finished second in the state during the Republican primary in 2016 behind Ted Cruz had been third place in Bonneville County behind Cruz and Marco Rubio that year.

Turnout on Tuesday was significantly down for Republicans, who now hold the White House, since the 2016 presidential primary, which featured no incumbent, but it was up for Democrats. This year around 4,600 Bonneville County voters took part in the Republican primary compared to 3,300 in the Democratic primary. In 2016, nearly 17,000 votes were cast in the Republican primary in Bonneville County and 1,039 were cast in the Democratic caucus.

There were levies on the ballot in Bonneville County for the Shelley and Swan Valley school districts. As of 10:30 p.m. on Friday, Shelley’s levy was poised to pass while the Swan Valley bond was headed toward a narrow five-vote defeat.

Shelley School District was trying to renew a $575,000 supplemental levy for the next two years. According to an informational flyer from the district, the district has used supplemental levies for the last decade to continue existing operations and maintenance, and the new one will expand support for performing arts, athletics and technology in classrooms.

Swan Valley Elementary School had requested a plant levy that would provide $80,000 per year over the next six years. The majority of funds would go toward upgrading the school’s heating system and purchasing a new school bus, as well as installing a modernized fire suppression system. The levy, which needed a 55% majority to pass, finished with 49% voting in favor.

The levy on Tuesday’s ballot is a modified version of one Swan Valley had run during the November election, which requested $100,000 per year over five years. Superintendent Michael Jacobsen said that after that levy received less than 40% approval, the school had spoken to locals on fixed income about what changes needed to be made.

The elections this year could be the last set of March elections for those school districts. A bill introduced in the Idaho Legislature this year by Rep. Wendy Horman, R- Idaho Falls, would remove the March and August dates for school bond and levy elections. The bill, which Horman said would increase overall turnout for those votes, passed the Idaho House in February.