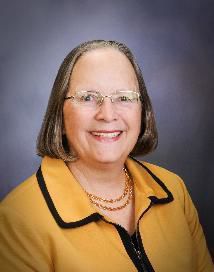 Sen. Grant Burgoyne, D-Boise, said his hope is to start a conversation about moving the focus of drug policy in Idaho to treatment rather than punishment.

“I have heard from many of my constituents that there are too many people in Idaho prisons,” he said. “Idaho has a drug addiction problem, and we cannot arrest our way out of it. To be clear, I am not asking that we legalize drug use, but we should consider decriminalization. We need to start treating drug addiction with robust rehabilitation. I am hopeful that my legislation will start the conversation with lawmakers, law enforcement, and others about how we treat Idahoans, especially young Idahoans, who are suffering from drug addiction.”

Burgoyne’s bill would amend the state’s drug laws that punish possession, changing them to “possession with intent to deliver” and thereby decriminalizing possession for personal use. It would also say that people who are using drugs can, under certain circumstances, be put into protective custody or into drug treatment, following the same judicial procedure as is used now for involuntary mental health commitments. Possible circumstances include when someone is intoxicated or in withdrawal, if they are using drugs while pregnant, if they are likely to injure themselves or others, or if they have “lost self-control, demonstrated by a repeated pattern of failure to meet social, financial or occupational responsibilities.”

Burgoyne introduced the bill as a “personal bill,” or a bill that is introduced without going through the usual committee process. Lawmakers introduce numerous personal bills every year as a way to take a stand on certain topics, although they generally don’t get a hearing and rarely pass.

More conservative Republican lawmakers have in the past used personal bills to make statements on issues such as gun rights and getting rid of the state health insurance exchange, while Democrats introduce bills on priorities of theirs that have little chance of passing in the supermajority-Republican Legislature such as raising the minimum wage.

Sen. Maryanne Jordan, D-Boise, introduced another personal bill Tuesday to add “sexual orientation” and “gender identity” to the categories protected under the state’s civil rights laws. Democrats have been pushing for an “Add the Words” bill for years; the House State Affairs Committee voted one down in 2015, and while there have been personal bills like Jordan’s introduced since then and behind-the-scenes talks to try to come up with a compromise bill, none have gotten so far as another hearing since 2015.

Burgoyne also said he plans to propose a constitutional amendment this year to allow police officers to make arrests without a warrant in misdemeanor cases when there is probable cause but the crime is not committed in an officer’s presence. The Idaho Supreme Court ruled in June that a 1979 law letting police make warrantless arrests in misdemeanor domestic violence cases when the crime was not committed in an officer’s presence violated the state Constitution, and since then law enforcement and victims’ advocates have been saying that the new standard potentially endangers victims.