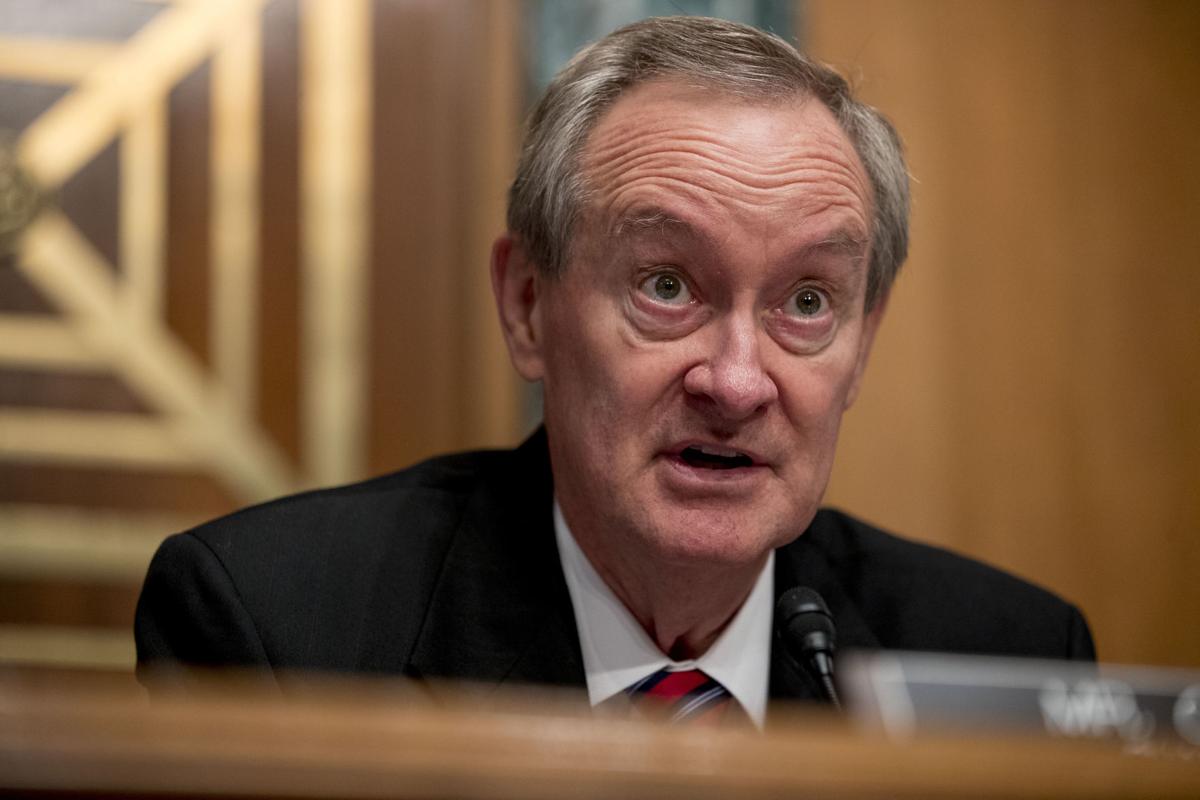 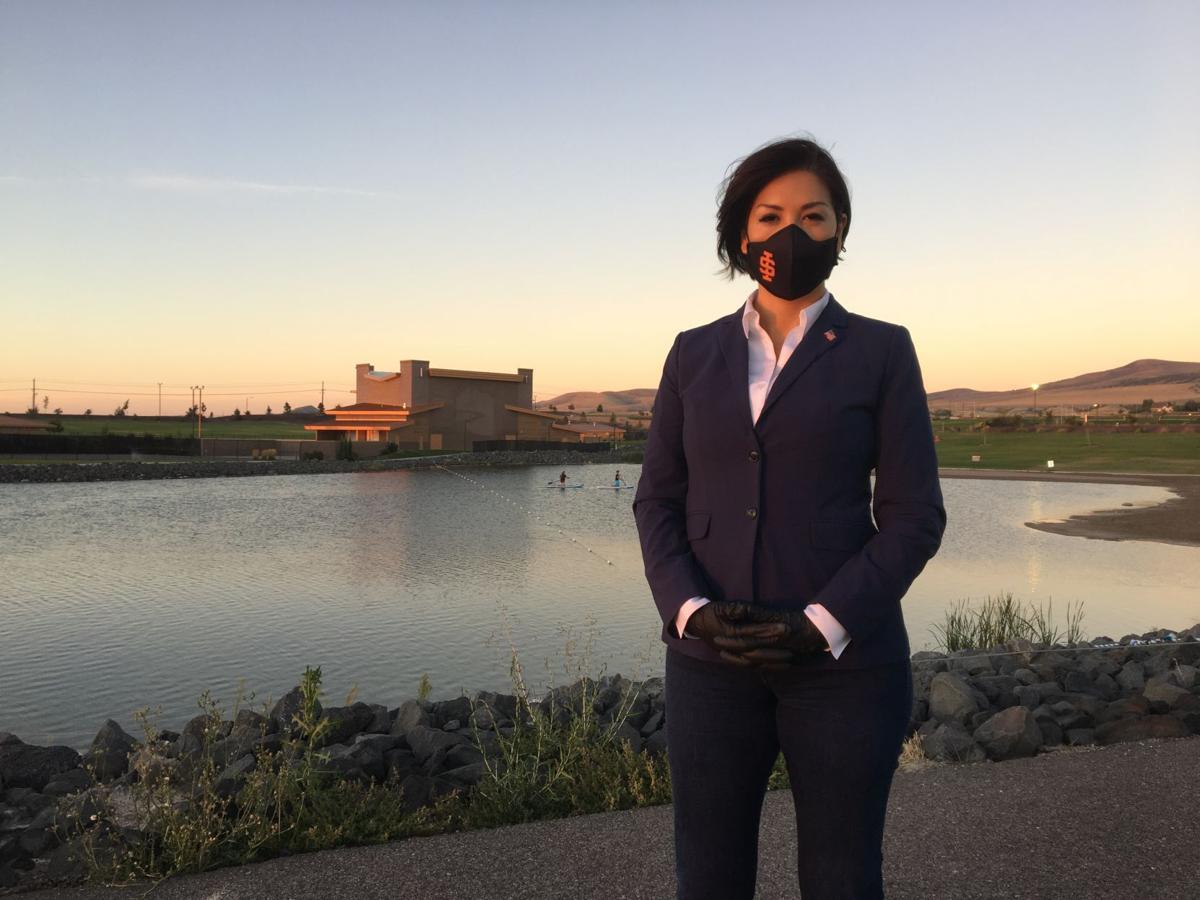 U.S. Senate candidate Paulette Jordan stands at the Portneuf Wellness Complex after she made a campaign appearance there on Sept. 2 in Pocatello. 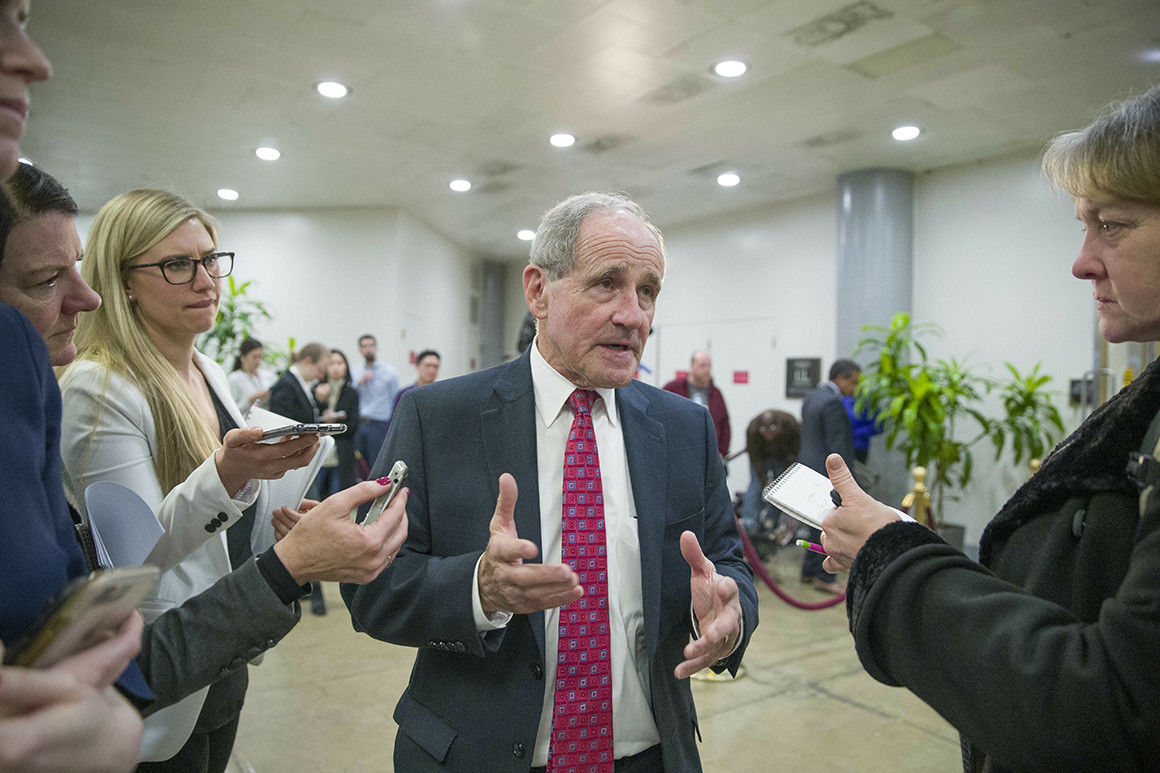 U.S. Senate candidate Paulette Jordan stands at the Portneuf Wellness Complex after she made a campaign appearance there on Sept. 2 in Pocatello.

One of Idaho’s U.S. senators said Monday he will vote to fill the vacancy on the Supreme Court “once we have established a well-qualified candidate who will interpret the law as it is written.”

“There remains much uncertainty in this process and details will become clearer in the coming weeks,” U.S. Sen. Mike Crapo, who is on the Senate Judiciary Committee which would hold the hearing on any nominee, said in a statement. “As with previous Supreme Court vacancies, I will conduct due diligence and cast any votes with careful consideration according to the principles and values of Idahoans.”

Paulette Jordan, the Democrat running against incumbent Republican U.S. Sen. Jim Risch, urged him to “join the other independent voices in the Senate who have said they will not support a vote on a nominee until 2021 — and that whoever is elected president in November should choose that nominee so a majority of Americans have an opportunity to weigh in.” Jordan noted that Risch refused to meet with President Barack Obama’s Supreme Court nominee Merrick Garland, whose selection was announced 10 months before the election. (Risch said at the time he would have met with Garland had he thought Garland’s nomination would make it out of Senate Judiciary.)

“I look forward to talking to Idahoans over the next few weeks about what they want to see in the next Supreme Court justice,” Jordan said. “No one is asking the residents of our state about their hopes for this critical post, and I intend to change that trajectory and ensure that Idahoans are always heard when it comes to major national decisions.”

Risch said he doesn’t plan to take the calendar or upcoming election into account in making his decision about whomever President Donald Trump nominates.

“I took an oath to uphold the U.S. Constitution and faithfully discharge the duties of my office, and will weigh nominees to the Supreme Court based on their merits, not on whether there’s an election coming up,” he said. “Should a nominee come before the full Senate for consideration, I will weigh that individual based on their character, intellect, conservative record, and respect for the U.S. Constitution and vote accordingly.”

Supreme Court Justice Ruth Bader Ginsburg, a member of the liberal wing of the court, died on Friday. Trump has said he intends to nominate someone for the spot, and Senate Majority Leader Mitch McConnell, R-Ky., has said he intends to hold a vote on the nominee, although he has not said whether it will be before or after the November election. Democrats have cried foul and urged McConnell to let whoever wins the presidential election fill the seat, pointing to Obama’s nomination of Garland, which Republicans refused to hold a hearing on, on the grounds that the winner of the 2016 presidential election should fill the spot. McConnell has countered that, unlike in 2016, both the president and the Senate are of the same party, and historically when there has been an election-year court vacancy it has usually been filled when the president and the Senate belong to the same party and usually hasn’t been when the president and Senate are opposed. If Trump fills the vacancy, that will be the third Supreme Court justice he has appointed and will move the court in a more conservative direction.

“Vicki’s and my thoughts and prayers go out to Justice Ginsburg’s family,” Risch said. “I did not know her well but I admired her commitment to public service and intellect, though I disagreed with her politically. I did, however, know her friend Justice Scalia well, and one day, while fishing with him in Idaho, we had occasion to talk about his friendship with Justice Ginsburg, given his profound opposite view on almost all issues. He said plainly that they were friends because they treated each other with dignity, respect, and kindness. All of us could build a lasting memorial to these two remarkable people by abandoning the hate, animosity, and vitriol so prevalent in politics today, and turn instead to treating everyone with dignity, respect, and kindness, making the world a better place.”

Crapo called Ginsburg “a stalwart leader on the issues and causes important to her.”

“While I did not agree with some of her opinions on matters of legal doctrine, I respect her courage to hold steadfast to her beliefs,” he said. Prior to her service on the Supreme Court, her work with Idaho-based attorney Allen Derr helped overturn laws allowing discrimination on the basis of sex. She fought a hard fight against cancer, and her legacy will continue for many more generations.”

Jordan called Ginsburg “a towering figure in our history” and her loss “devastating.”

“We can rejoice in knowing that she fulfilled her life’s mission, and we are all beneficiaries of her legacy,” Jordan said. “As she said, ‘Women belong in all places where decisions are being made.’ Justice Ginsburg took on enormous responsibility to write monumental opinions that changed the world for us.”

Jordan said it is important that the Supreme Court uphold the Affordable Care Act going forward. “Idahoans value their health care,” she said, pointing to the successful 2018 ballot initiative to expand Medicaid coverage to everyone making up to 138% of the poverty level.

“We must ensure that the Supreme Court does not take away insurance for Idahoans who have pre-existing conditions, and that’s why it’s crucial to go slow, so all Americans have an opportunity to consider the stakes of this appointment,” Jordan said.

The big news of last week has been when the Republican-led Senate will try to fill the U.S. Supreme Court vacancy created by Ruth Bader Ginsbu…