U.S. Sen. Mike Crapo and three of his colleagues on Thursday urged the federal Nuclear Regulatory Commission to speed up rulemaking to establish a “technology-inclusive” regulatory framework for advanced nuclear reactors. 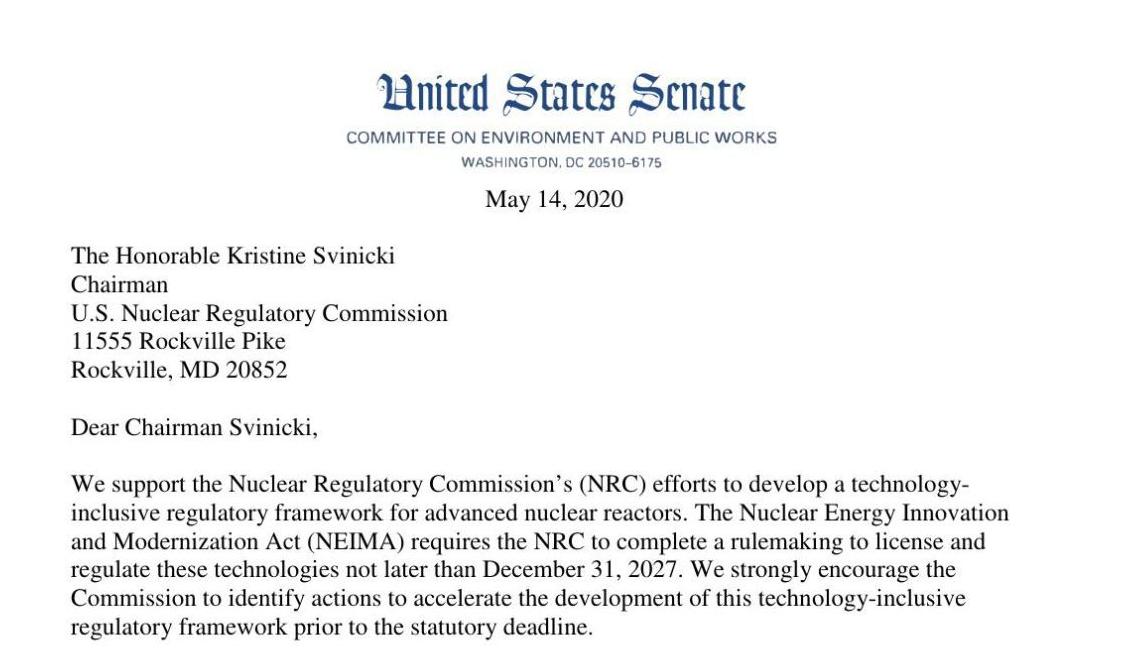 President Donald Trump signed the Nuclear Energy Innovation and Modernization Act, of which Crapo was one of the sponsors, in 2019. Intended to streamline the regulatory processes for commercial nuclear power plants, the bill directed the NRC to modernize its licensing rules and establish performance metrics and milestones for licensing and other regulatory actions.

The senators said they support the progress the NRC has made since the law passed but urged the commission to finish its proposed rulemaking plan, which is scheduled to be published in August 2027, ahead of schedule.

The letter says more than 50 advanced reactor designs are in different phases of development. One of these is the small modular reactors NuScale Power is developing and plans to build at the U.S. Department of Energy’s desert site west of Idaho Falls.

“To date, Congress has appropriated nearly $40 million, including $15 million in FY 2020 to develop this new rule,” the senators wrote. “The Commission should heed the direction and funding provided by Congress to expedite this rule. This will ensure applicants seeking to deploy advanced reactors this decade can work with an established regulatory framework in a timely and efficient manner.”

President Donald Trump signed the Nuclear Energy Innovation and Modernization Act into law Monday. The bill, which is meant to streamline regu…