The U.S. Department of Energy has started the process to find the next contractor who will run the Idaho Cleanup Project.

DOE’s $1.4 billion contract with Fluor Idaho, the company responsible for nuclear waste cleanup at DOE’s desert site west of Idaho Falls, expires May 31, 2021. On Dec. 11, DOE posted an initial notice that it is seeking a new contract which says it plans to issue a draft request for proposals within the next 15 to 45 days.

Goals for the contract listed in the notice including closing the Radioactive Waste Management Complex, completing the shipment of transuranic waste out of the state of Idaho, processing sodium-bearing waste and closing the tank farm where it is stored, finishing calcine retrieval, disposing of spent nuclear fuel and facility decontamination and decommissioning.

Fluor hasn’t yet decided whether it will seek the contract again, said spokesman Erik Simpson.

“Fluor Idaho is proud of our performance on the Idaho Cleanup Project,” he said. “We look forward to seeing the details in the request for proposals and will make a decision at that time.” 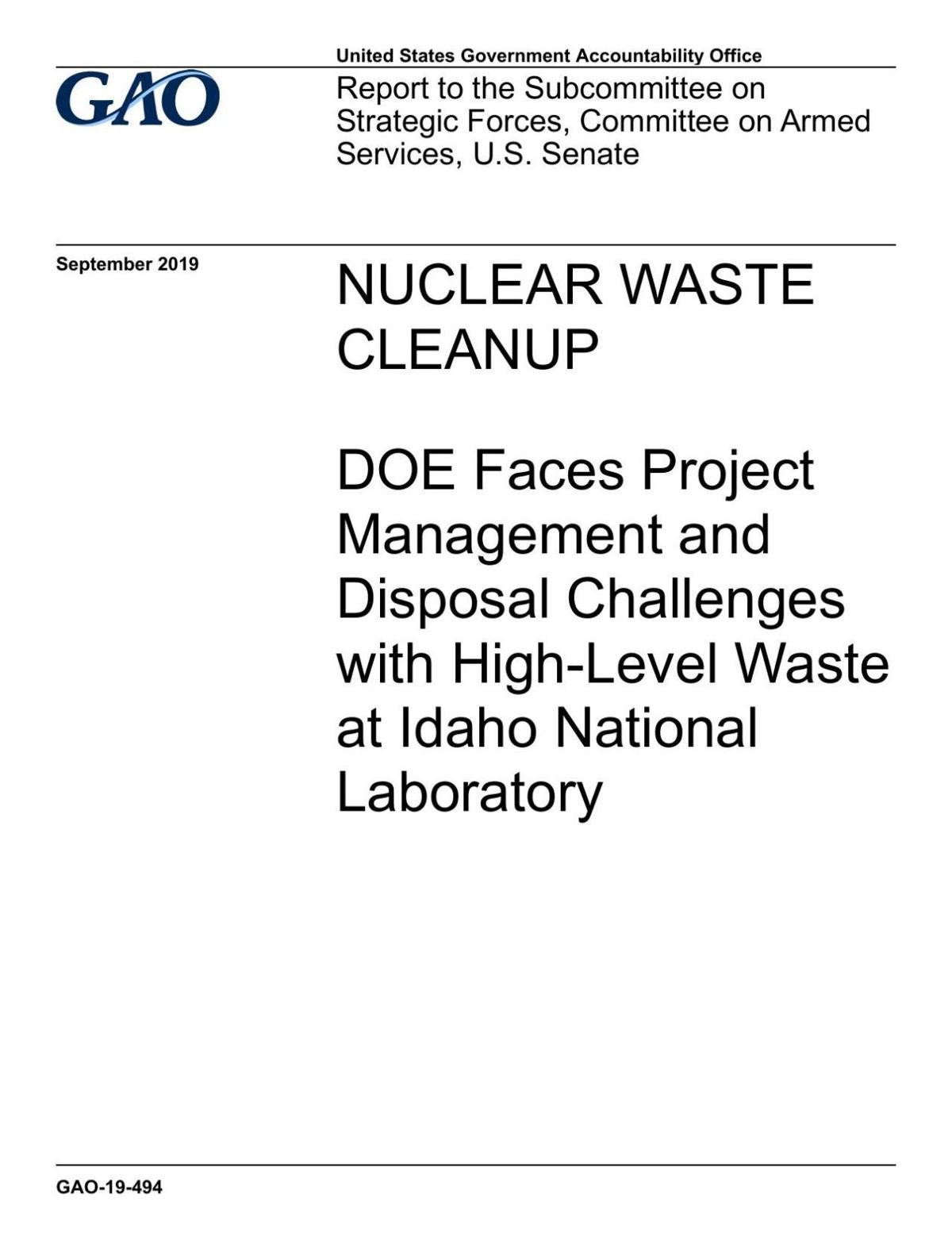 Fluor has had the contract since 2016. At that time it succeeded CH2M-WG Idaho, or CWI, and Idaho Treatment Group. Some aspects of the cleanup mission, such as the processing of waste by the Advanced Mixed Waste Treatment Project facility, are winding down. However, major work also remains to be done before DOE can move ahead with its ultimate plans to remove the cleanup buildings and cover the site in the late 2020s, and a recent revision to the 1995 Settlement Agreement between DOE and the state of Idaho has set some new requirements for Fluor and whichever contractor has the job after mid-2021.

The new terms of the deal would allow Idaho National Laboratory to bring in some spent nuclear fuel for research purposes if DOE meets several new cleanup goals, one major one being starting to treat 900,000 gallons of liquid radioactive waste that are supposed to be processed at the Integrated Waste Treatment Unit. In a September report the Government Accountability Office estimated that total project construction and reengineering expenditures for the troubled treatment unit had reached nearly $1 billion as of February. The IWTU, initially estimated to cost $461 million in 2006, was already more than $290 million over that initial estimate when Fluor Idaho took over the contract nearly four years ago.

DOE was supposed to start treating the waste at IWTU in 2012, but years of delays due to technical problems, as well as delays in shipping transuranic waste to WIPP due to accidents there, brought DOE into breach of the terms of the 1995 Settlement Agreement. In 2016, Attorney General Lawrence Wasden blocked shipments of research fuel to INL, the state’s recourse under the agreement. Fluor has been holding simulant runs there since 2018 and expects currently to be able to start treating the liquid waste in 2020.

The state of Idaho and the U.S. Department of Energy have reached a deal that could allow the resumption of shipments of spent research fuel t…