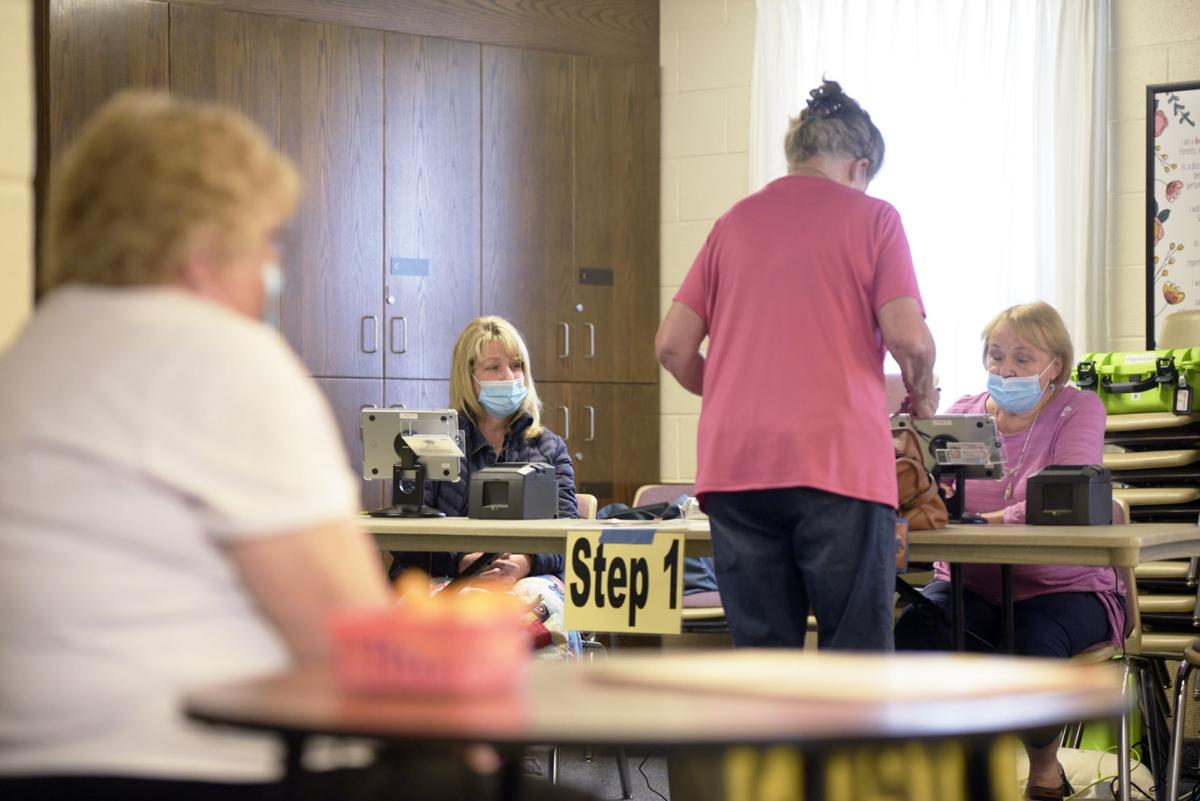 Elections staff check identification before voters can cast their ballots on Tuesday, Aug. 25, at The Church of Jesus Christ of Latter-day Saints in Caldwell. 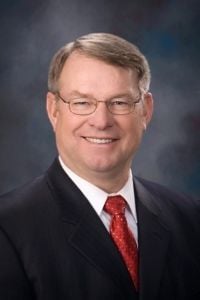 BOISE — Idaho elections officials are aiming for 1 million registered voters in the state this year, many of whom are expected to vote by mail as the pandemic makes normal voting more complicated.

Already, 330,000 Idahoans have requested absentee ballots for the Nov. 3 presidential election, with at least 100,000 of those coming from Ada County, the most populous county in the state.

“I would expect that we would see at least 50% vote absentee in this election,” Secretary of State Lawerence Denney said Tuesday during an elections Q&A with the Ada and Twin Falls county clerks, broadcast by KTVB.

In the November 2016 presidential election, 936,529 Idahoans were registered to vote, and 76% of them cast a ballot. The goal this year is to get the number of registered voters up to 1 million, said Christina Glascock, Twin Falls County clerk.

Registering is simple if a resident has an Idaho driver’s license or Department of Motor Vehicles-issued identification card. Go to idahovotes.gov to register and request an absentee ballot. Idahovotes.gov offers an online form, or registered voters can request a ballot from their county clerk’s office with a paper form.

The pandemic has disrupted Idaho’s normal voting processes, and the state has been working with the federal government to try to adjust on the fly, Denney said.

“We received two different federal grants this year … the first earmarked for election infrastructure and security … and the second for COVID,” Denney said. Both grants were worth over $3 million.

At the local level, infrastructure has been a key component of Ada County’s election prep work. In the past few months, county officials added a $500,000 sorting machine to help process the 100,000-plus absentee ballots expected. There will be up to 10 drop boxes scattered around the county for voters to return absentee ballots, and Ada County will include prepaid first-class postage for all ballots.

Ada County Clerk Phil McGrane expects those infrastructure investments will pay off with speed and accuracy, as he anticipates elections results on the morning after the election. During the town hall, several people expressed worry about elections security and things like matching signatures on their absentee ballots. McGrane said not to worry.

“We want to reassure voters locally that things will go smoothly here in Idaho,” McGrane said, and noted his office’s employees received training in recognizing signatures.

“People’s signatures are amazingly consistent,” McGrane said. “During the last election we rejected 0.6% of those signatures on absentee ballots and those were overwhelmingly rejected because the voter forgot to sign their ballot.”