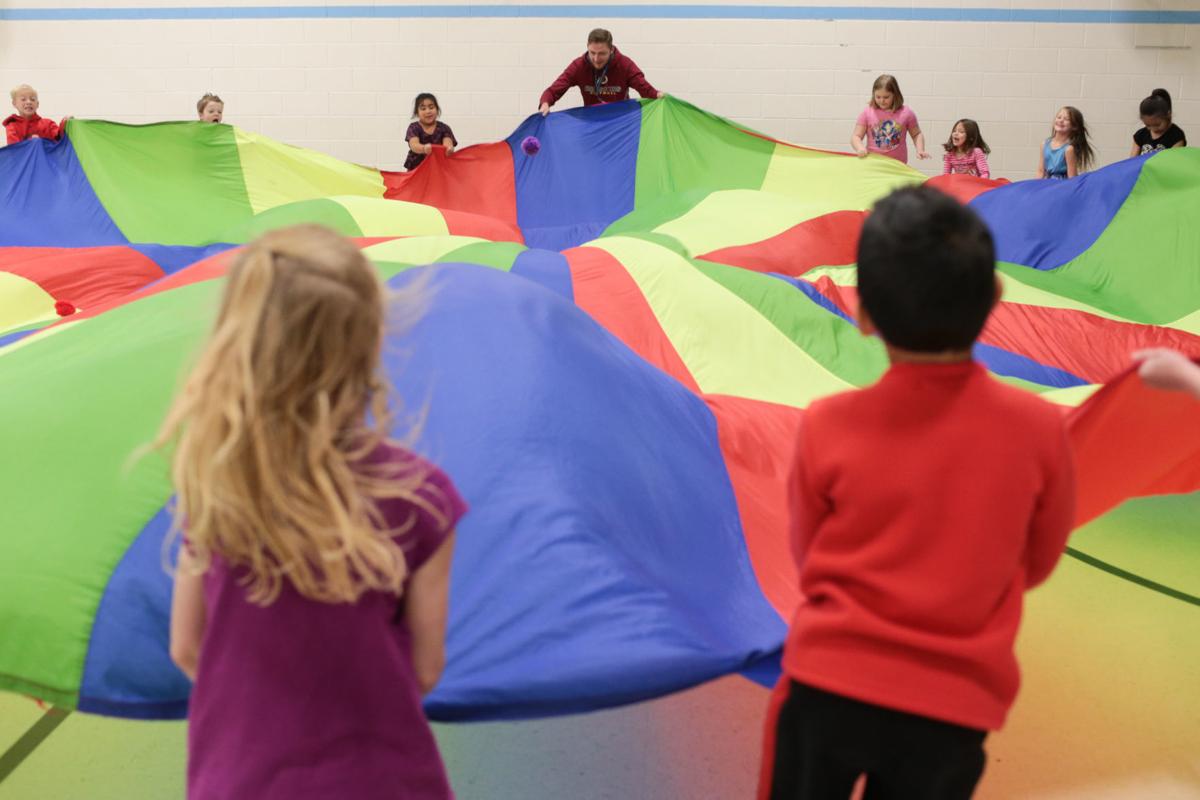 First-graders pop balls with a parachute during physical education at Falls Valley Elementary in Idaho Falls on Oct. 16. Bonneville Joint School District 93 elementary schools have brought both physical education and music back since being cut from the curriculum after the 2008 recession. 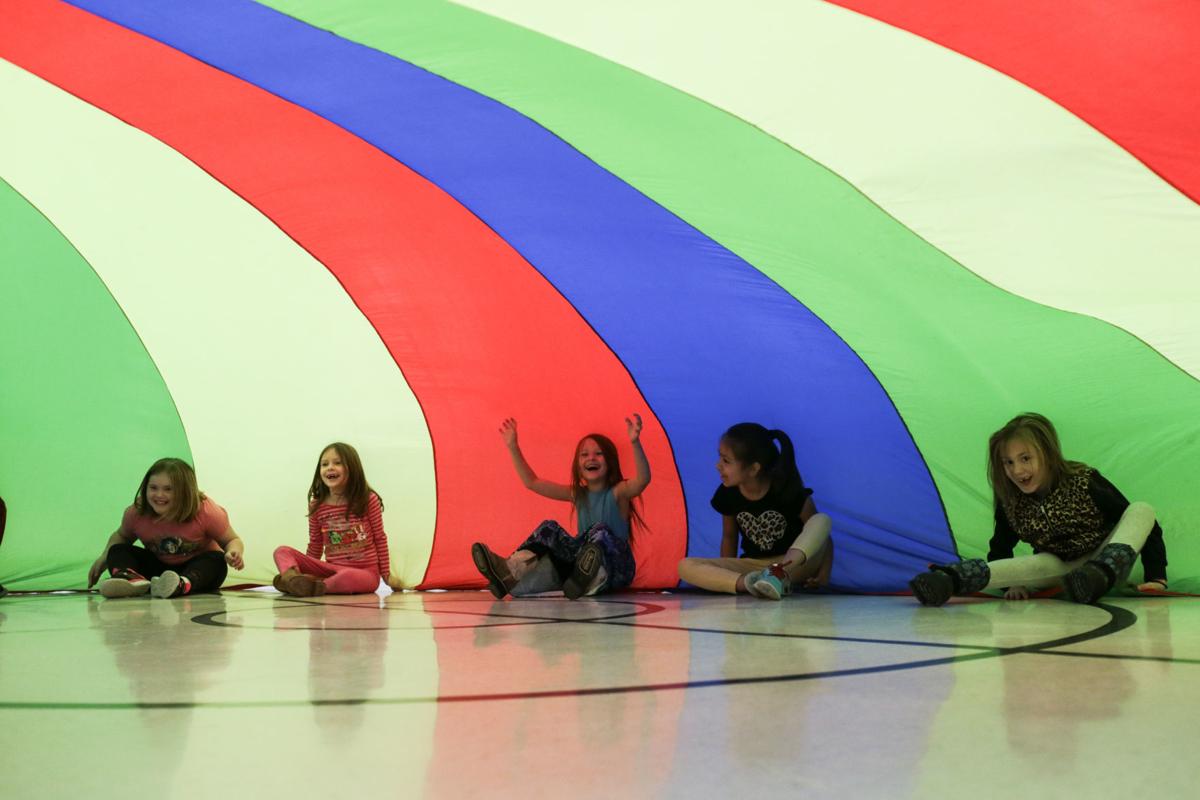 First-graders play inside a parachute during physical education at Falls Valley Elementary in Idaho Falls on Oct, 16. Bonneville Joint School District 93 elementary schools have brought both physical education and music back since being cut from the curriculum after the 2008 recession. 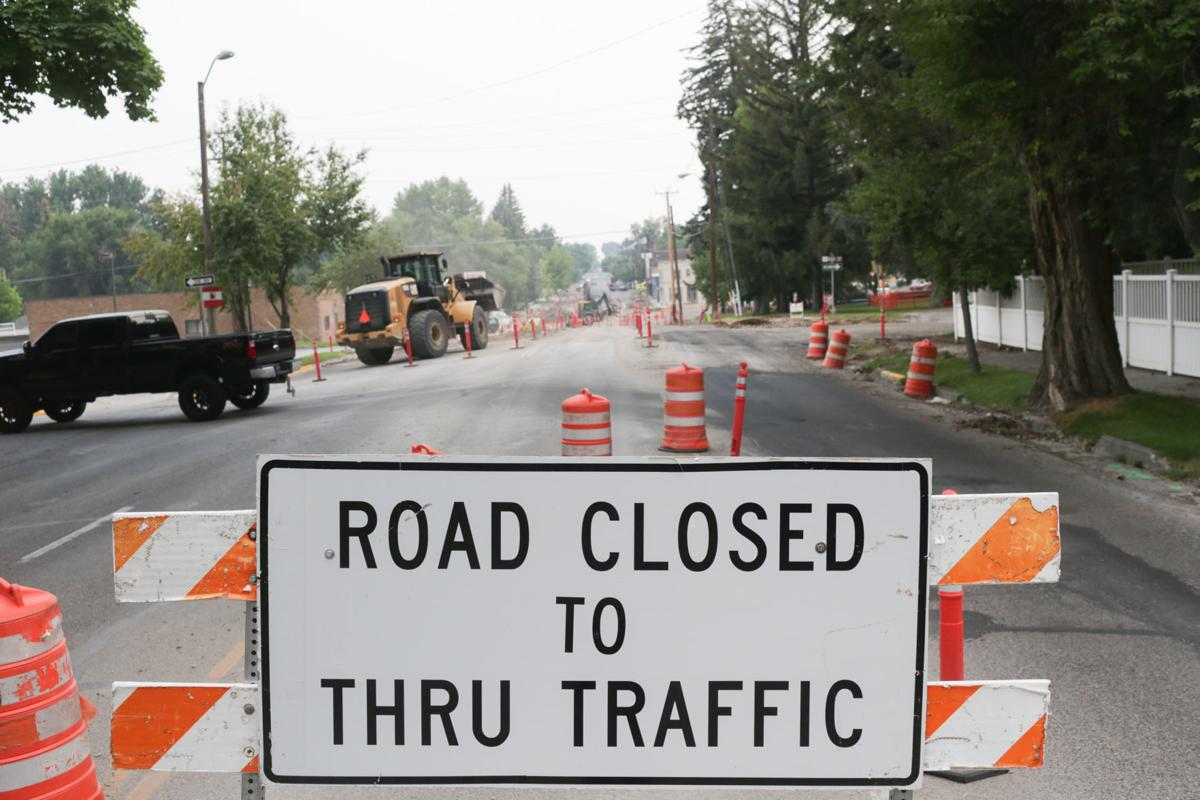 Road construction is along South Boulevard on Wednesday, Aug. 1. 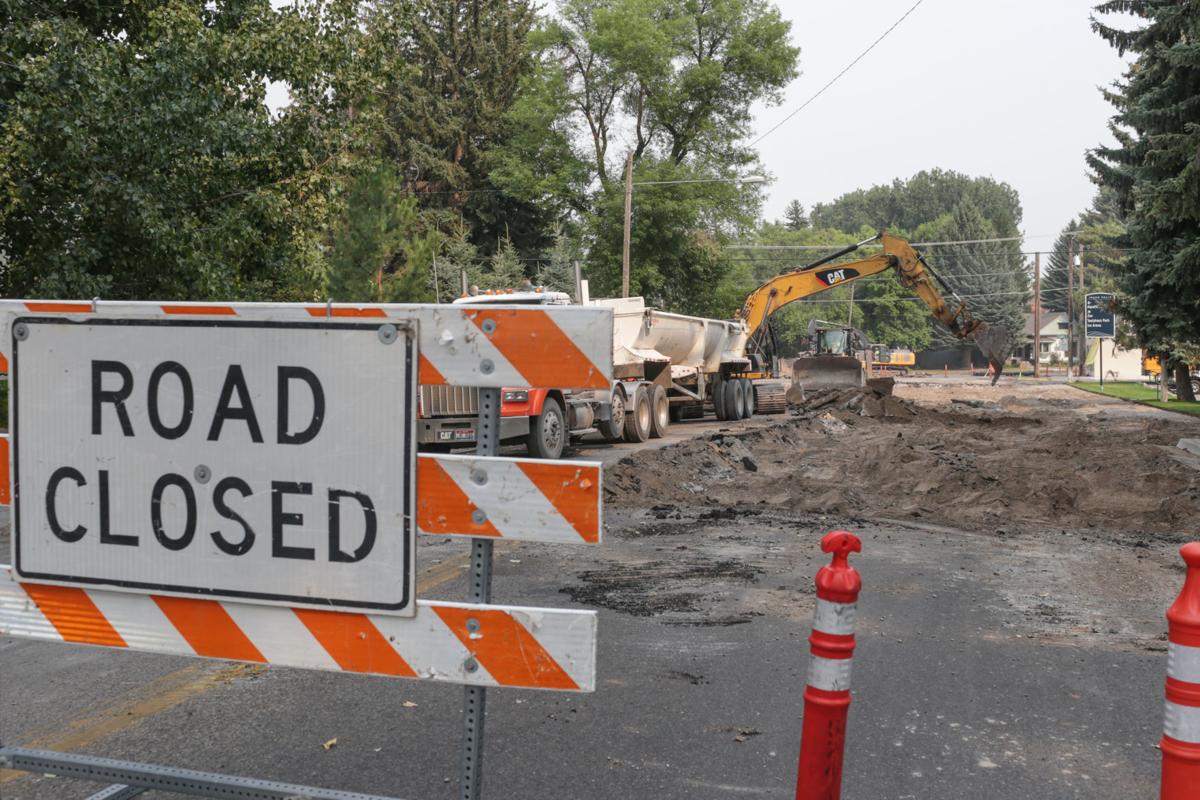 Road construction is seen near Elm Street and South Boulevard on Aug. 1.

First-graders play inside a parachute during physical education at Falls Valley Elementary in Idaho Falls on Oct, 16. Bonneville Joint School District 93 elementary schools have brought both physical education and music back since being cut from the curriculum after the 2008 recession.

Road construction is along South Boulevard on Wednesday, Aug. 1.

Road construction is seen near Elm Street and South Boulevard on Aug. 1.

It's been more than nine years since the official end of the Great Recession in 2009. Since the Great Depression of the 1930s, there's been only one period of time when the country has gone longer without a recession: the decade between 1991 and 2001.

The Great Recession was catastrophic for state and local government budgets, with huge cuts to education and other programs at the state level. It took Idaho years to restore education funding, without accounting for inflation or the growing student body.

So is another recession coming? How could it affect budgets? And how are governments at the state and local level preparing for it?

Government officials said they don't see reason to believe a recession is coming immediately, but planning for the possibility of recession is vital to the budgeting process.

"I'm always thinking of this issue: When is the next downturn and how prepared are we for it?" said Rep. Wendy Horman, R-Idaho Falls, a member of the Joint Finance-Appropriations Committee which writes the state budget. "It's how you spend in the good times that prepares you for the downturns."

"We've been working on this for a number of years now," said Idaho Falls Municipal Services Director Pam Alexander.

"It's a matter of being prepared," said Bonneville County Commission Chairman Roger Christensen.

A pair of short but sharp recessions in the 1980s were caused by a mixture of intentional policy aimed at creating a recession and events in the Middle East. After a period of major price increases through the 1970s, Federal Reserve Chairman Paul Volcker determined it was time to "break the back of inflation." He did this by sharply hiking interest rates, a move that was intended to cause a recession.

Just as the economy began climbing out of that recession, the Iranian Revolution took place. That led to an oil shortage, which combined with the tight monetary policy instituted by Volcker caused a second, sharper dip in the recession.

The two most recent recessions were caused by the collapse of investment bubbles. First, the collapse in the value of stocks in tech companies that were in demand among investors despite never turning profits around the turn of the millennium caused a mild recession. Then in 2008, a wave of failures in sub-prime mortgages driven by demand for mortgage-backed securities and other investments drove the worst recession since the Great Depression.

Is another recession coming?

Because so many different things can cause recessions, they're notoriously difficult to predict accurately. Many top-level economists and professional forecasters predict recessions that never happen and miss the events that do wind up causing them.

But it's certainly true that a recession will take place at some point in the future. The Great Recession officially ended in June 2009 (economists think of recessions as the time during which the economy is shrinking, not just when it's bad). That means the country is approaching the longest period of time without a recession since the Great Depression.

Because recessions are so unpredictable, they frequently catch policymakers off-guard. The 2009 Great Recession led to massive declines in state revenue, pushing lawmakers to institute steep cuts throughout state government and particularly in education budgets.

The most unusual thing about the Great Recession was that it was very deep and very long. Total economic output fell more than 5 percent, more than any recession since the end of WWII, during which declines have ranged from 3.2 percent to 0.3 percent. And the economy continued to shrink for a year-and-a half, while no recession since the Great Depression has lasted even a year.

Alexander said Idaho Falls aims to meet a target of keeping two months of operating expenses on hand throughout the year. The city hasn't always met that goal in recent years, at times dipping slightly below the $8 million target it set for itself, she said.

Several years ago the city had much deeper reserves, but the Idaho Falls City Council has in recent years repeatedly dipped into reserve funds to pay for large projects, meaning there's less of a cushion in the case of a bad recession. But Alexander pointed out that the city also has about $95 million put away in investments. Not all of those could be converted quickly to cash without paying penalties, but Alexander said the city is examining shifting its investments to more liquid assets.

Alexander said a feature of the city's "priority-based budgeting" approach is that it allows members of the council to know exactly how much city services cost.

"That allows decision-makers to know, if they have to cut back, how much reducing the level of service will save," Alexander said.

Bonneville County Treasurer Mark Hansen said he thinks the county is in "good shape" for a normal recession.

"One thing that does put the county in a very good position is that we have no debt," Hansen said.

Bonneville County Chairman Roger Christensen said the county also aims to keep a larger portion of its budget in reserves.

"They're healthy enough to carry us through about a year," Christensen said. "That's what we try to budget for, to have enough reserves so that if things went completely in the tank, you'd be able to run the basic operations for about a year."

What about the state government?

Horman said the state has done a good job of restoring reserve funds but has farther to go.

"Corn only grows so high," Horman said, quoting a former Brigham Young University-Idaho official. "We need to make sure we're living within our means when times are good."

Horman said she was happy to put about $32 million into the Public Education Stabilization Fund — a fund meant to prevent education cuts during a recession — this year, bringing the total to around $80 million. But she said she won't feel comfortable until the balance is closer to $100 million.