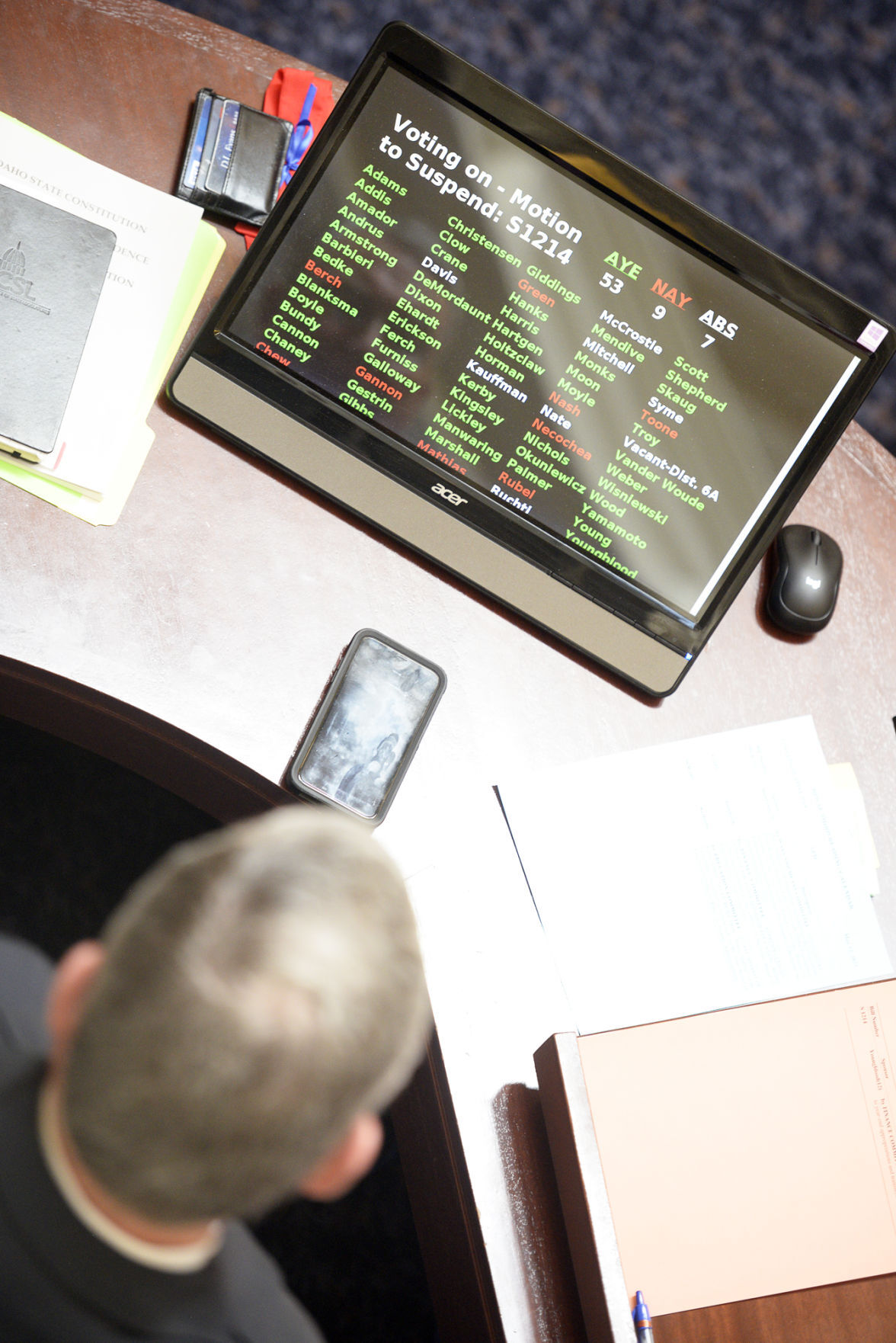 Votes are tallied in the system on the House floor during a legislative session on Wednesday, May 12, 2021 at the Idaho State Capitol Building in Boise. 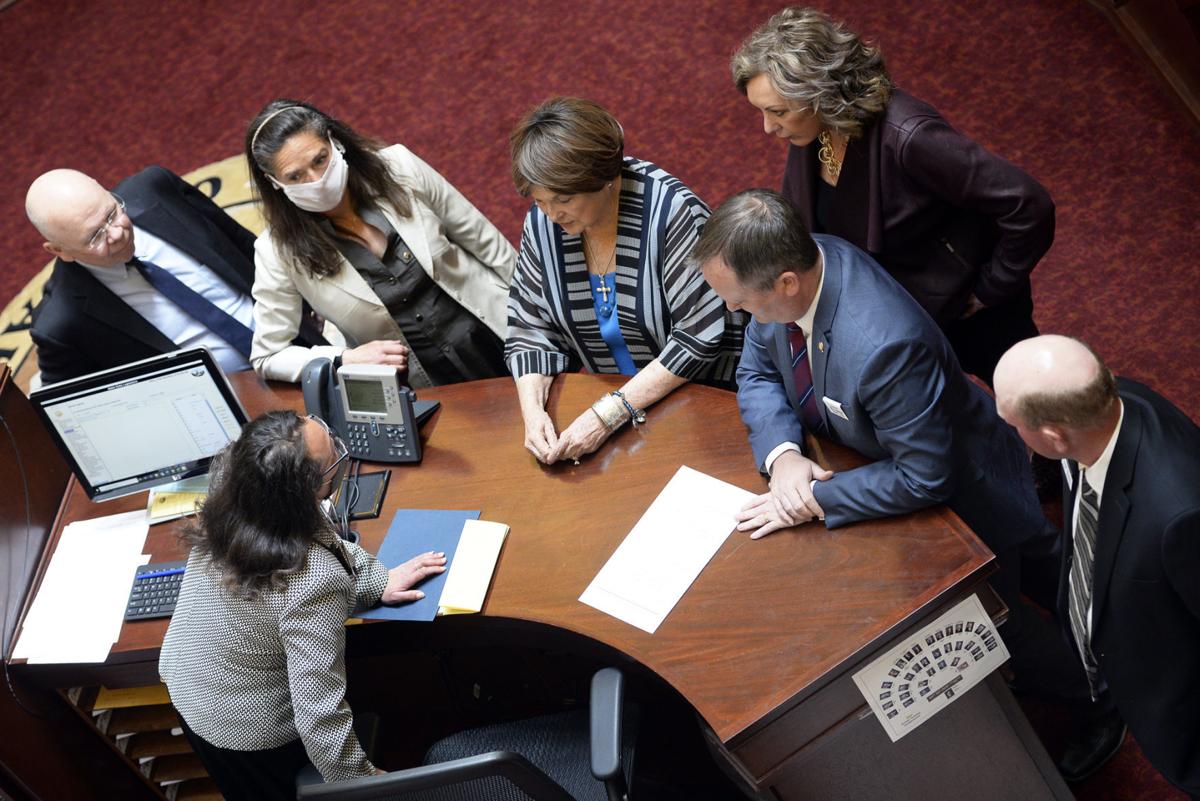 Idaho state senators meet on the floor of the Senate Chamber at the Idaho State Capitol Building on Wednesday, May 12, 2021 in Boise. 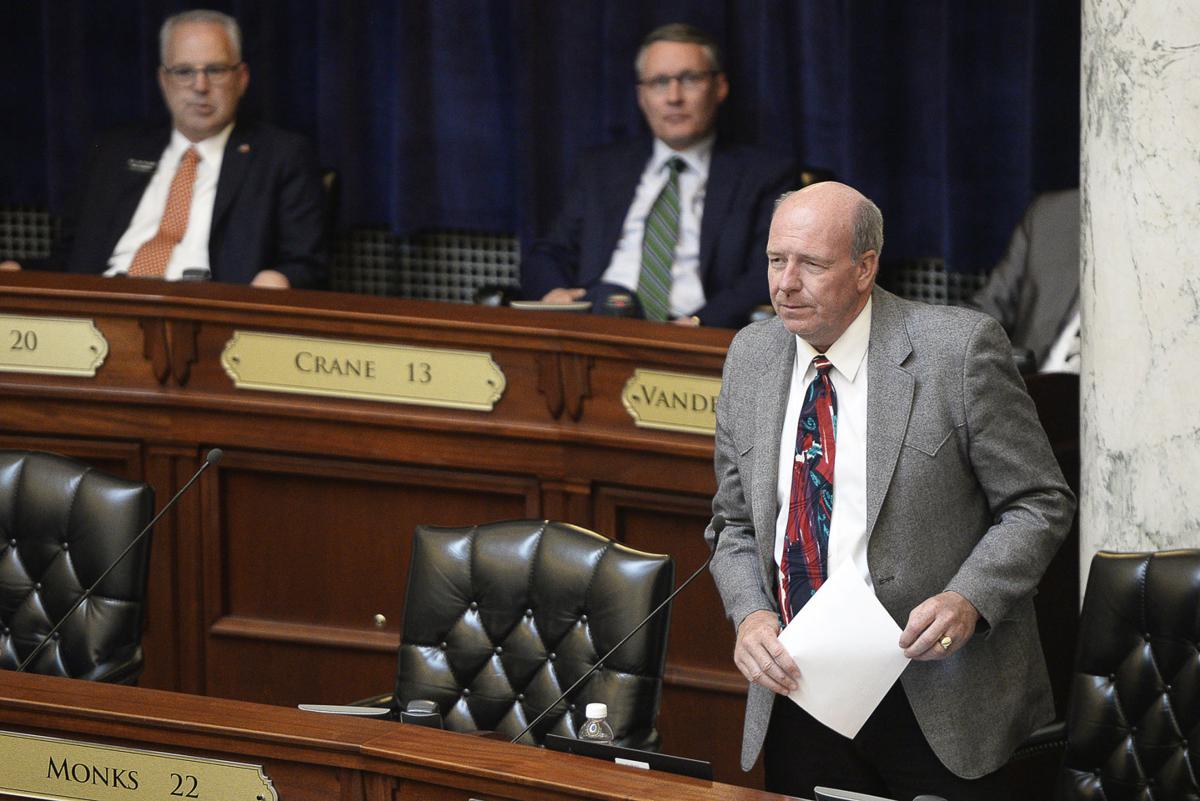 Rep. Mike Moyle, R-Star, speaks on the House floor during a legislative session on Wednesday, May 12, 2021, at the Idaho State Capitol Building in Boise. 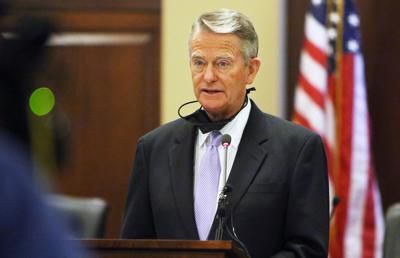 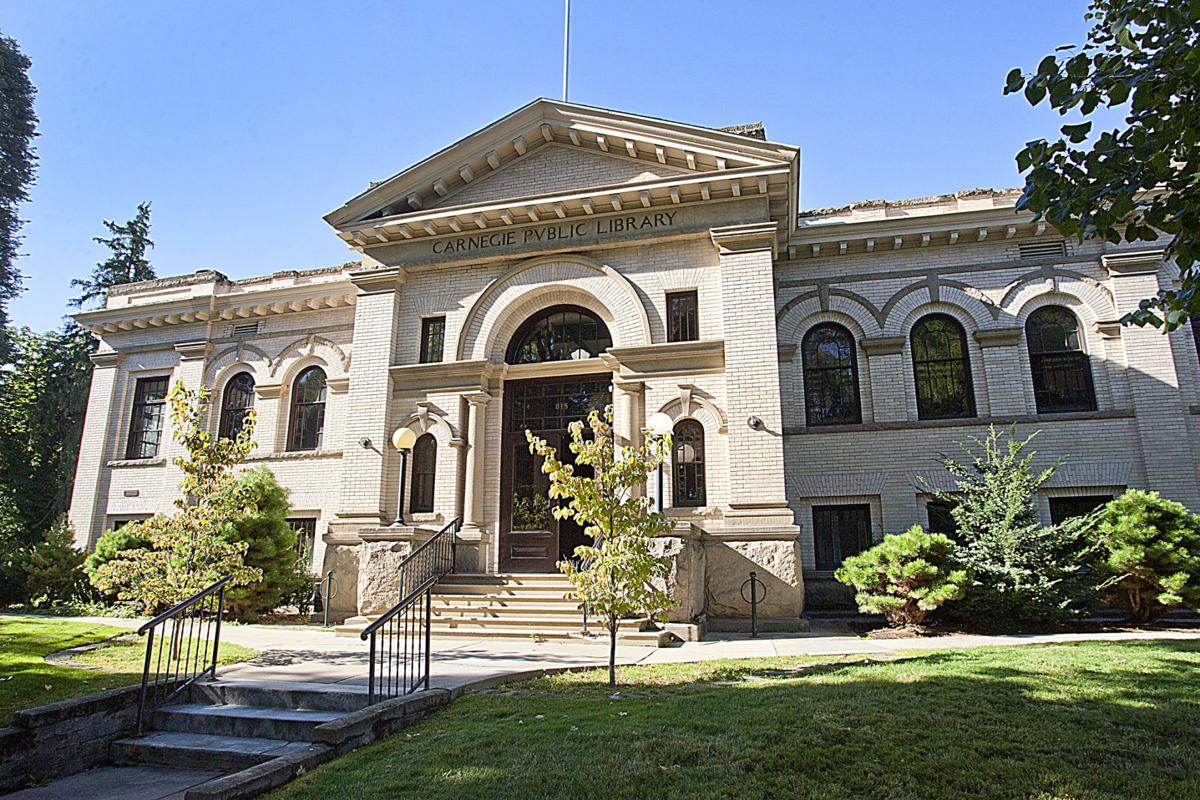 The exterior of the former Carnegie Library in downtown Boise, Tuesday, Aug. 27, 2019. The Idaho Legislature passed a bill to approve funding to purchase the building on Wednesday, May 12, 2021.

Votes are tallied in the system on the House floor during a legislative session on Wednesday, May 12, 2021 at the Idaho State Capitol Building in Boise.

Idaho state senators meet on the floor of the Senate Chamber at the Idaho State Capitol Building on Wednesday, May 12, 2021 in Boise.

Rep. Mike Moyle, R-Star, speaks on the House floor during a legislative session on Wednesday, May 12, 2021, at the Idaho State Capitol Building in Boise.

The exterior of the former Carnegie Library in downtown Boise, Tuesday, Aug. 27, 2019. The Idaho Legislature passed a bill to approve funding to purchase the building on Wednesday, May 12, 2021.

BOISE — The Idaho Legislature worked past 9:30 p.m. Wednesday, the record-setting 122nd day of the session.

Defying expectations to quickly wrap-up the session Wednesday after a week’s recess, legislators passed bills related to signature-gathering for ballot initiatives, federal appropriations for small cities and the purchase of a historic building near the State Capitol.

But before those bills were considered, on Wednesday morning, Idaho Gov. Brad Little signed into law HB 389, sweeping property tax legislation, despite having “significant concerns” about the bill.

In a letter to lawmakers, Little said, “I support the bill sponsors’ intent to provide overdue and much-needed property tax relief for Idahoans, and they should be applauded for their attempt to curb unsustainable increases in property taxes due, in large part, to the rapid surge in home prices.”

The Legislature passed HB 389 — a 26-page bill, sponsored by House Majority Leader Mike Moyle, R-Star — in three days last week. The bill makes an array of changes to property tax law, from a 25% increase in the homeowner’s exemption and a small boost in the “Circuit Breaker” tax break for needy seniors, to big breaks for developers and big businesses, to a range of limits on local government budgets — including limiting new construction taxes to 90% — that have drawn strong opposition.

“I am supportive of the increase in the homeowner’s exemption … but the near-exponential increases in home valuations mean the exemption will only slow the property tax increases for many Idahoans and not provide long-term relief,” Little wrote. “I am also supportive of updating the circuit breaker credit to ensure that our veterans, elderly, and lower-income populations can afford to stay in their homes, but I fear these changes may have unintended consequences for some individuals and families.”

Little said the bill “falls short” of his self-prescribed adage that “taxes need to be fair, simple, competitive, and predictable.”

The bill assumes that local elected officials in Idaho are principally interested in increasing their budgets. “They just want more,” Moyle told the Idaho Press. That assumption led to a series of new limits on local government budgets in fast-growing areas included in the bill, which Moyle claims are the only way to reduce property taxes for hard-hit Idahoans. In reality, local government budget increases tied to growth in themselves have no impact on local property taxpayers’ bills.

Opponents to Moyle’s bill argue limiting new construction taxes to 90% will diminish local governments’ ability to provide basic services. On Tuesday, the Idaho Press reported that local leaders were “baffled” by the bill. The Idaho Association of Cities, along with Treasure Valley mayors and public safety leaders, opposed the legislation, contending it would hamstring their ability to provide police and fire protection, libraries, roads and parks.

“While homeowner’s property taxes will likely go up, even in spite of this legislation, our ability to provide public safety services will be constrained and hindered,” said Nampa Mayor Debbie Kling in an email, after Little signed the bill Wednesday. “What the Governor fears is what will happen for our city, compromising our quality of life as a community.”

Kling said she is “sympathetic to the Governor’s position,” but “I am very disappointed our Governor would be willing to support legislation knowing that it will not provide the tax relief our citizens need and undermine the city’s ability to provide public safety and other services.”

Little will have three additional bills to consider in the coming days.

The Idaho Senate on Wednesday passed SB 1150a, legislation that would prevent those backing an Idaho medical marijuana initiative from collecting signatures in the parking lots of legal marijuana shops in neighboring states. If signed by the governor, the bill will require initiative petition signers to be physically present in the state when they sign.

Last week, the House passed the bill in a relatively close vote, 35-25, after it was amended to provide narrow exemptions for military members and missionaries.

The Senate voted, 25-7, Wednesday to pass the bill, with no debate.

Sen. Michelle Stennett, D-Ketchum, explaining her ‘No’ vote, said she opposed the bill because it does not provide exemptions for traveling business people or students studying abroad; those Idahoans would be “disenfranchised” from engaging in the initiative process, she said.

The Legislature also passed SB 1219, a supplemental appropriations bill that authorizes nearly $2.2 million in American Rescue Plan Act funds to be distributed to governments serving cities with populations under 50,000.

Last month, a bill to provide about $51 million to those cities — the first of two installments — passed both the House and Senate and was signed into law.

SB 1219 supplements the first installment; the U.S. Treasury Department this week released more exact figures of what cities are due.

Idaho’s nine largest cities receive American Rescue Plan Act funds directly from the federal government, but the appropriations for smaller cities must be passed through the state. There are 191 Idaho cities with populations less than 50,000.

“This is just to ensure that those small towns in Idaho are able to receive those funds,” said Rep. Caroline Nilsson Troy, R-Genesee. “They can use them for a number of different things, but the thing that I’m most excited about is … infrastructure, such as broadband, sewer and water. A lot of our little cities are struggling with their water and sewer plants right now, and they’re having a hard time finding enough money.”

The Senate nearly unanimously passed SB 1219, although four senators were absent. The House voted, 54-11, to pass the measure.

Another last-minute bill approved Wednesday, HB 408, would authorize funding for the state’s Department of Administration to purchase the former Carnegie Library, a historic building located near Eighth and Washington streets, around the corner from the State Capitol.

The state hopes to purchase the building for about $2.1 million. It would be used as event space, and it would be rented to the University of Idaho for study rooms. An additional $200,000 of the funding approved by the Legislature is earmarked for renovation design costs.

While the Department of Administration initially requested about $7 million to cover the costs to buy the building and renovate it, lawmakers on the Joint Finance-Appropriations Committee opted to fund only the cost to purchase the building, anticipating renovation costs could be funded later.

Built in 1904, the former library was placed on the National Register of Historic Places in 1974.

“It is a building that has been around a long time, with a lot of character, and I think it would be a great addition to the Capitol Mall,” said Sen. Jeff Agenbroad, R-Nampa.