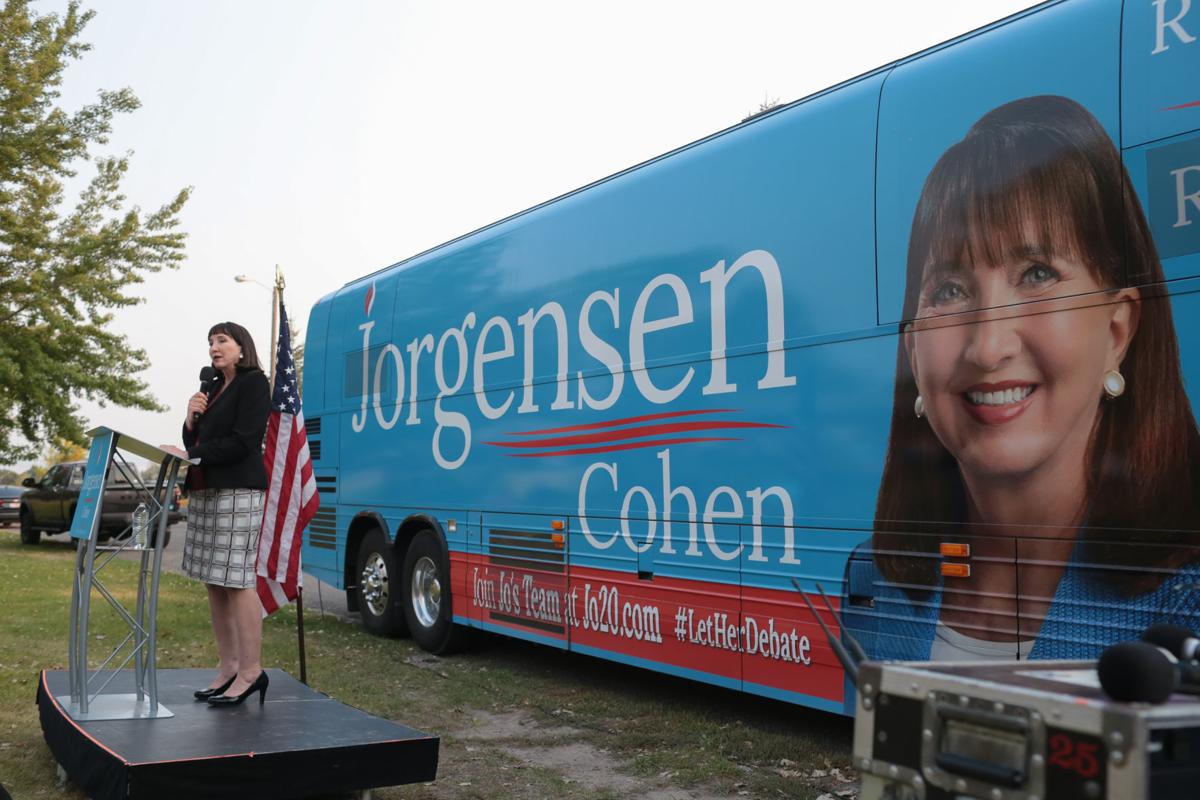 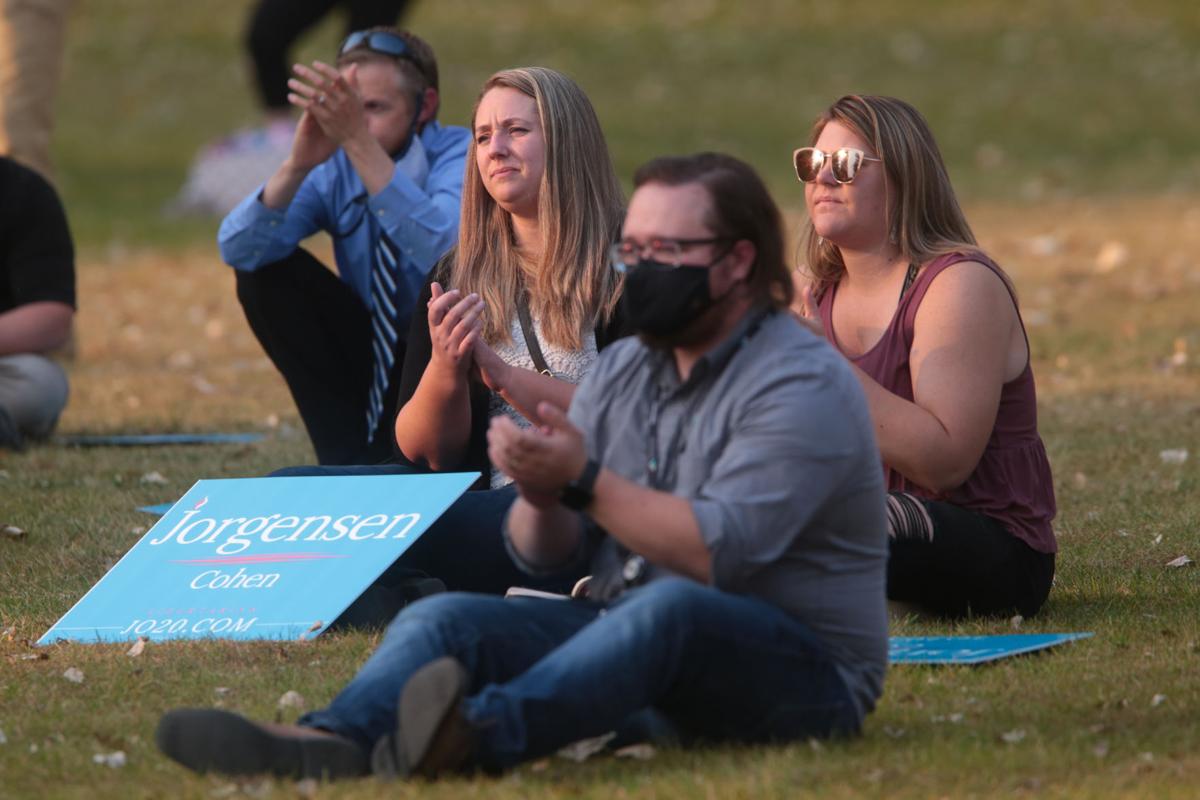 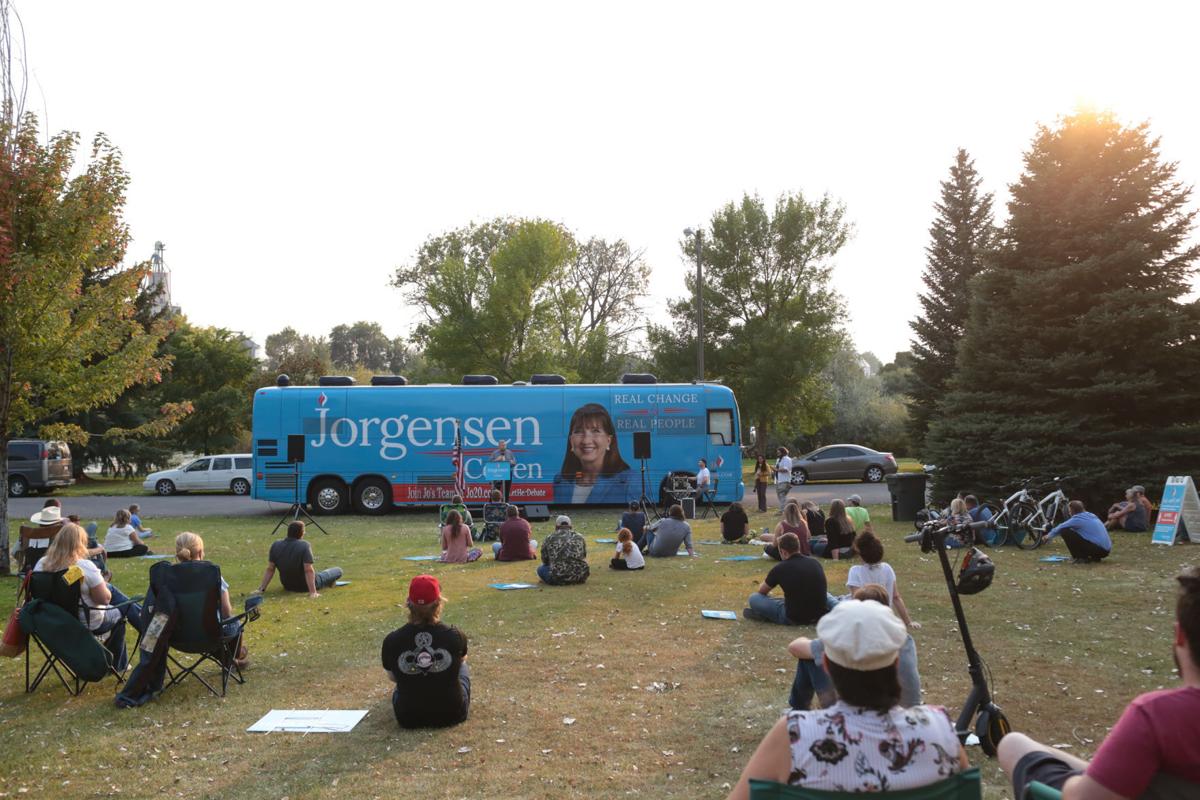 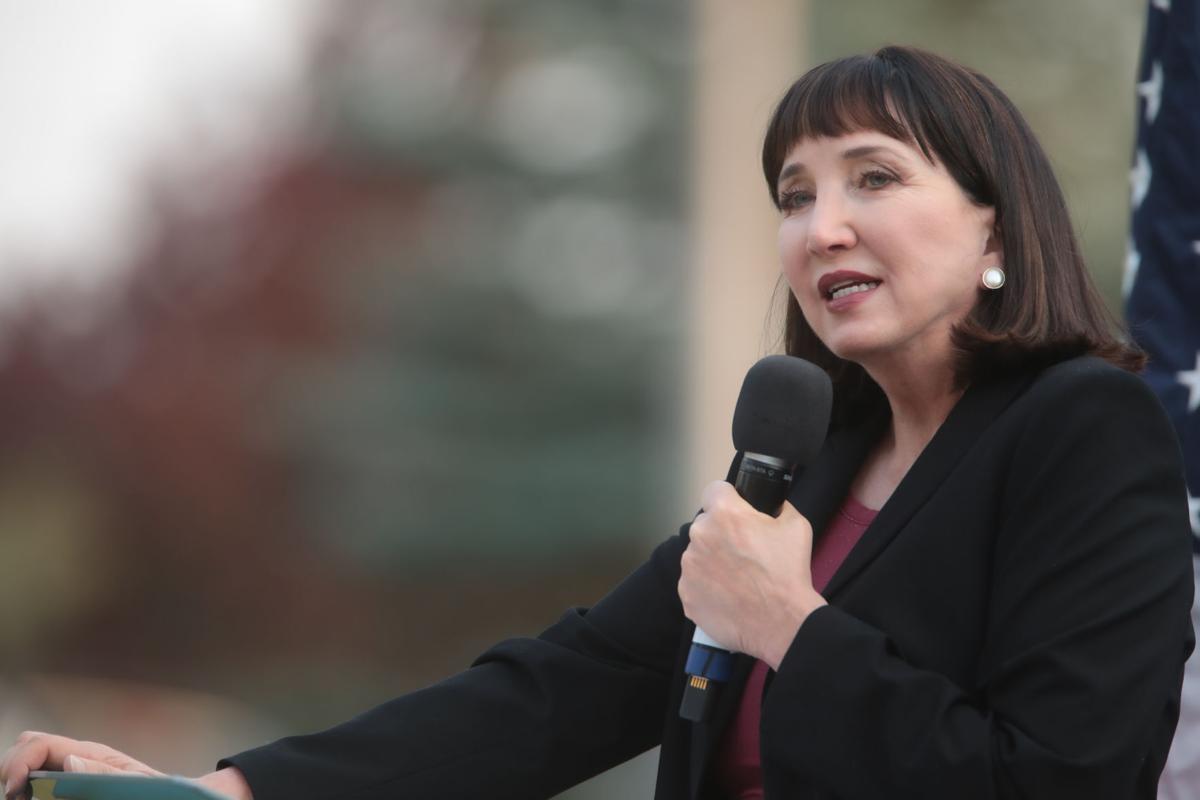 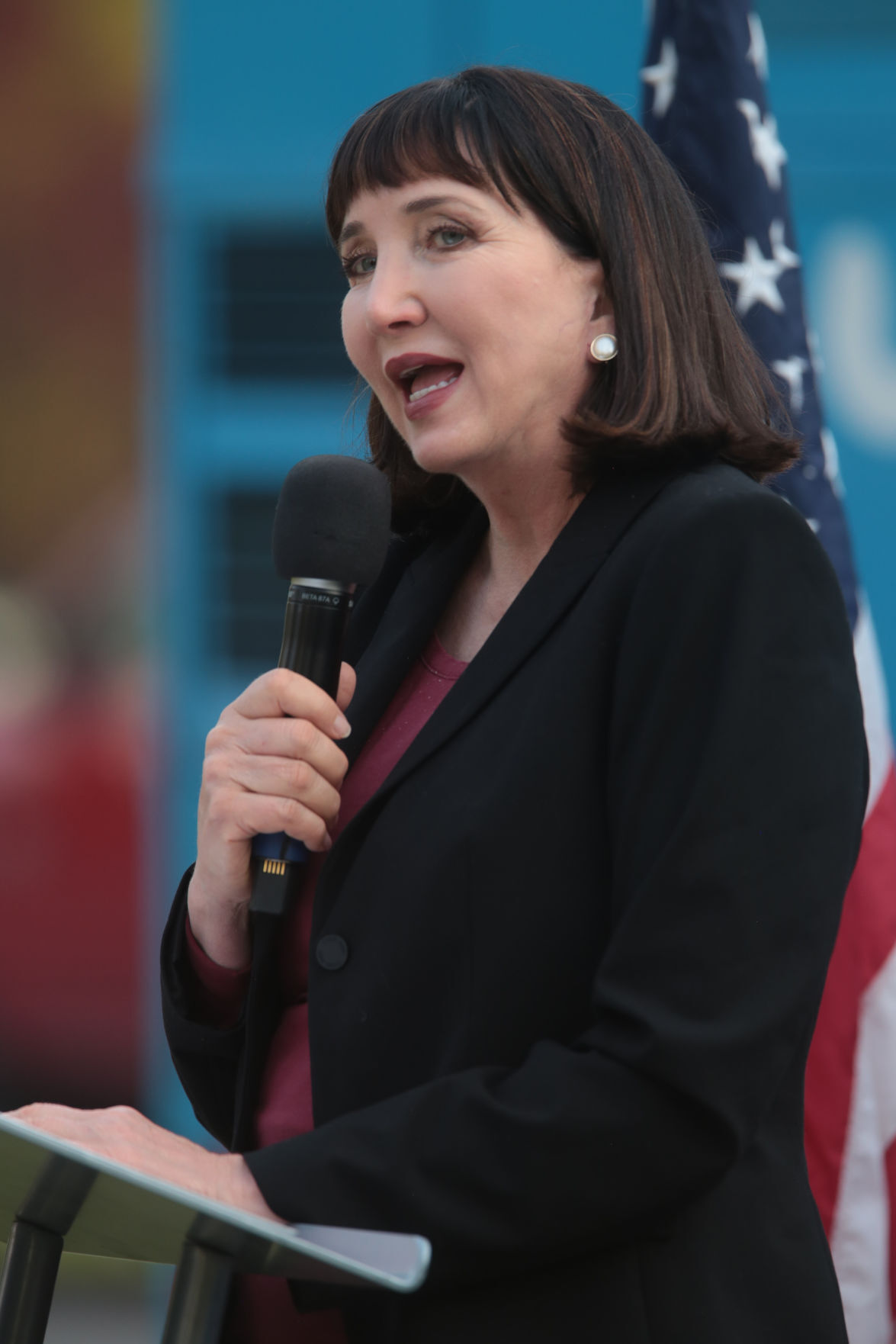 “Our current government is too big, too busy, too nosy and too intrusive,” Jo Jorgensen told a crowd of about 200 supporters at Russ Freeman Park.

Jorgensen, a senior lecturer in psychology at Clemson University in South Carolina and the party’s first female presidential nominee, returned repeatedly to the theme that individuals can make decisions for themselves better than government can. In her speech and in answering audience questions after, she called for slashing federal spending and taxes, decriminalizing drugs at the federal level and abolishing the Federal Reserve and Internal Revenue Service.

“It is time to move money out of the government sector and back to the people who earned it,” she said.

Jorgensen held a similar rally in Meridian on Wednesday. Like 2016 Libertarian presidential nominee Gary Johnson, Jorgensen will be on the ballot in all 50 states and Washington D.C., something that is often difficult for third-party candidates to achieve due to states’ ballot access laws.

The Libertarians are one of four parties in Idaho with automatic ballot access. Johnson got 3.3% of the national vote in 2016, more than any third-party candidate since Ross Perot in 1996, and 4.1% of Idaho’s vote.

Jorgensen and some of the other speakers cast the Libertarians as an alternative to dominant Democratic and Republican parties that, they said, have failed to solve America’s problems.

“We need new ideas, not ideas that have proven to have failed for the past 50 years,” said Ken Moellman, the national Libertarian Party’s vice chairman.

Joe Evans, the Libertarian candidate running to represent western and northern Idaho’s First Congressional District, invoked the preamble of the Declaration of Independence and its promise of “life, liberty and the pursuit of happiness,” ideals which he said many Americans feel like they still haven’t been able to achieve.

“We’re still looking for them and (voting for Libertarians) is the way we’re going to get them back,” he said.

Thursday was also Constitution Day, marking the 233rd anniversary of the adoption of the U.S. Constitution. Moellman similarly invoked the principles of this country’s other major founding document.

Jorgensen spent much of the first half of her speech on criminal justice reform and drug prohibition, which she compared to alcohol prohibition in the 1920s and said has failed and caused more crime.

“We cannot claim to be the land of the free when we lead the world in incarceration,” she said. “We have 5% of the world’s population and 20% of its prisoners. And one of the things that has led to a quadrupling of our prison system since 1980 has been the racist and destructive War on Drugs.”

Jorgensen said she would encourage states to treat drug addiction as a health problem rather than a criminal one, ban no-knock warrants, vastly scale back federal law enforcement, end qualified immunity for police officers and pardon people who have been convicted federally of victimless crimes.

Jorgensen said she favors selling federally owned lands. She said people would still be able to use now-public lands for hunting, camping or other recreational uses since companies could charge people for access. Private owners, she said, would have an incentive to maintain them better.

“Companies basically need to treat stuff well,” she said in an interview. “They need to treat people well in order to make a profit, while the government doesn’t have to.”

On immigration, Jorgensen said she is “closer to open borders,” saying the law should look like it did in the early 20th century, when her grandparents came here and before the Immigration Act of 1924 set immigration quotas. Jorgensen also said she would cut military spending and, as her first act as president, bring home American troops stationed abroad.

“I’m going to turn America into one giant Switzerland, armed and neutral,” she said.

Libertarian Party presidential nominee Jo Jorgensen will be in Idaho this week, visiting Meridian on Wednesday and Idaho Falls on Thursday.