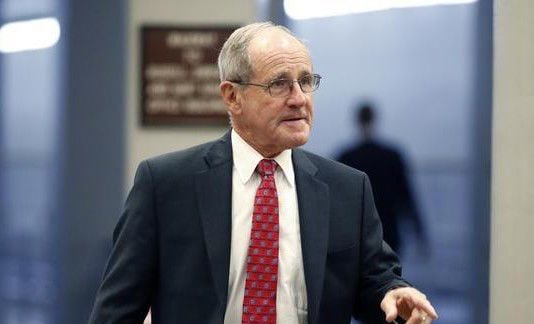 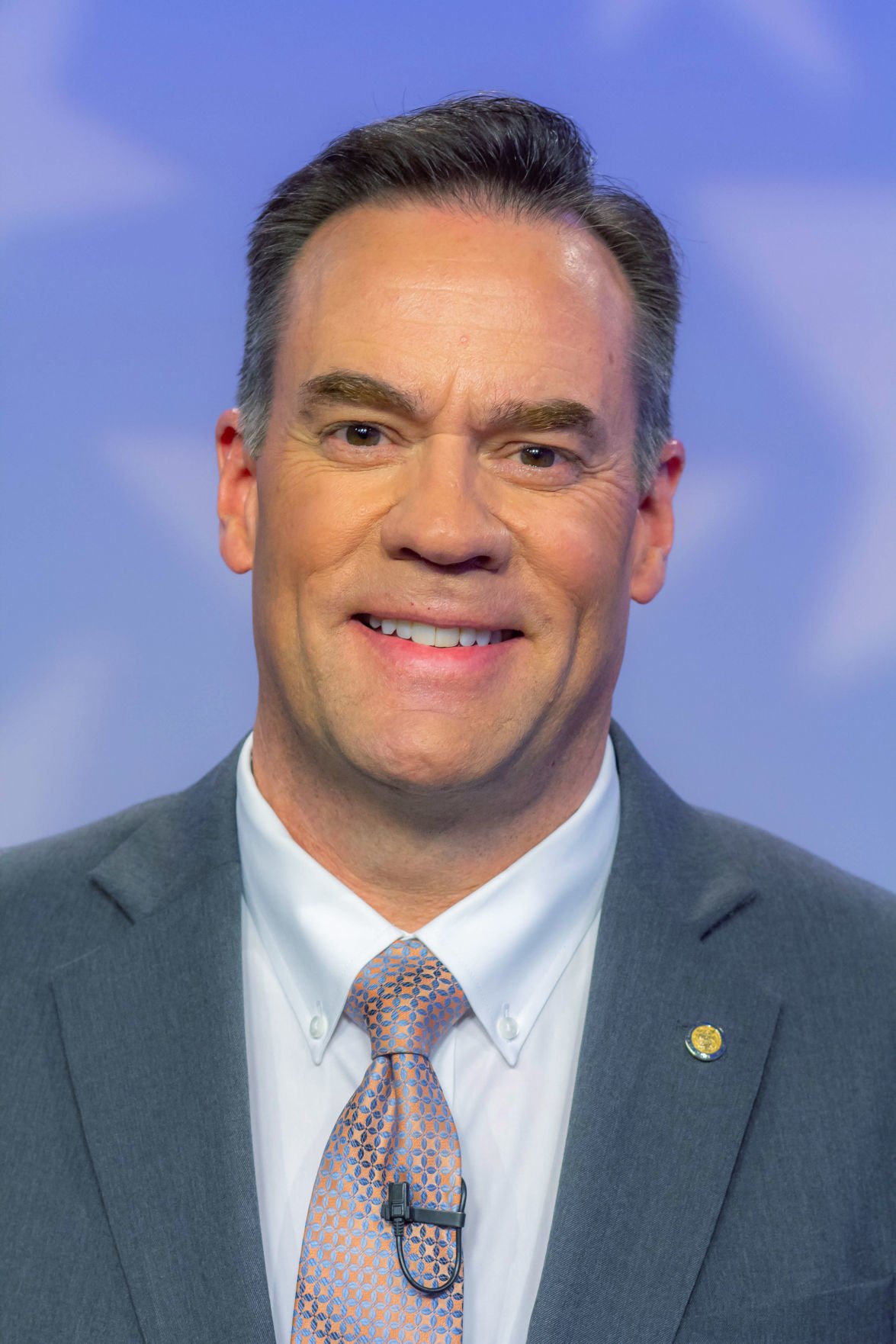 Two Idaho lawmakers are sponsoring a bill that would make it easier to recharge aquifers using water on federal land.

The bill would let the commissioner of the Bureau of Reclamation “allow the use of excess capacity in Bureau conveyance facilities for carriage of non-Reclamation project water for aquifer recharge.”

Currently, such recharge projects need to go through an approval process that requires easements and congressional authorization, Paul Arrington, the executive director of the Idaho Water Users Association, said in a statement.

“This legislation will help to reduce the cost and expense of continuing recharge in Idaho,” he said. “We appreciate Senator Risch and Representative Fulcher’s support of the Idaho water user community.”

Some restrictions would still apply in the bill, such as that water or power service contracts for bureau projects and existing obligations to fish, wildlife or water quality protection aren’t affected. 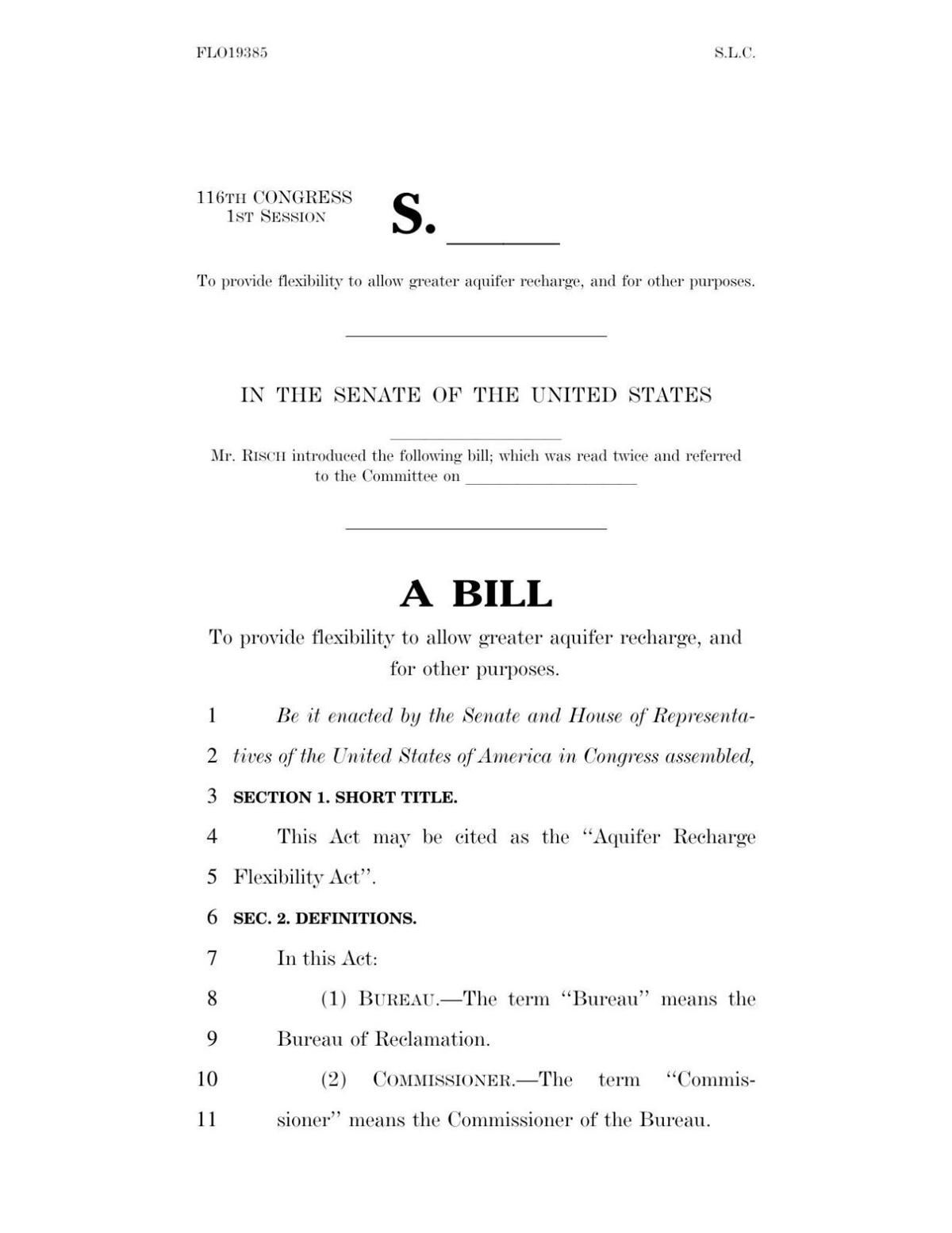 Risch said the bill would help recharge of the East Snake Plain Aquifer, a major water source for agriculture in south-central and eastern Idaho.

“The Eastern Snake Plain Aquifer sustains millions of irrigated acres in the Snake River Basin with the water needed for Idaho’s agriculture industry to thrive,” Risch said in a statement. “This legislation will remove bureaucratic barriers to effective aquifer recharge and will help restore the Eastern Snake Plain Aquifer, one of the biggest in the world, back to healthy levels for decades to come.”

“Water is the lifeblood, not only for our agricultural sector, but also for our entire state,” Fulcher said. “Idaho is fortunate to have a statewide plan and coordination for management of this critical resource. This legislation will complement our ongoing efforts for aquifer recharge and sustainability by facilitating federal land access and cooperation.”

Marie Kellner, water associate at the Idaho Conservation League, said the group does have some questions about the bill and hopes there would be adequate oversight over approving any new recharge efforts. She said aquifer recharge is good for boosting groundwater levels, but you also have to pay attention to the quality of water being used and make sure rivers aren’t being drained too much. The Snake River has problems now, she said, and “recharge at all costs” could make the river more difficult to clean if it reduces flow too much.

“It’s addressing one problem, but what kind of other problems is it creating in its wake? And time will tell about some of those,” she said.

A U.S. Senate panel held a hearing on three water-related bills Thursday, including one that could affect the East Snake Plain Aquifer by maki…