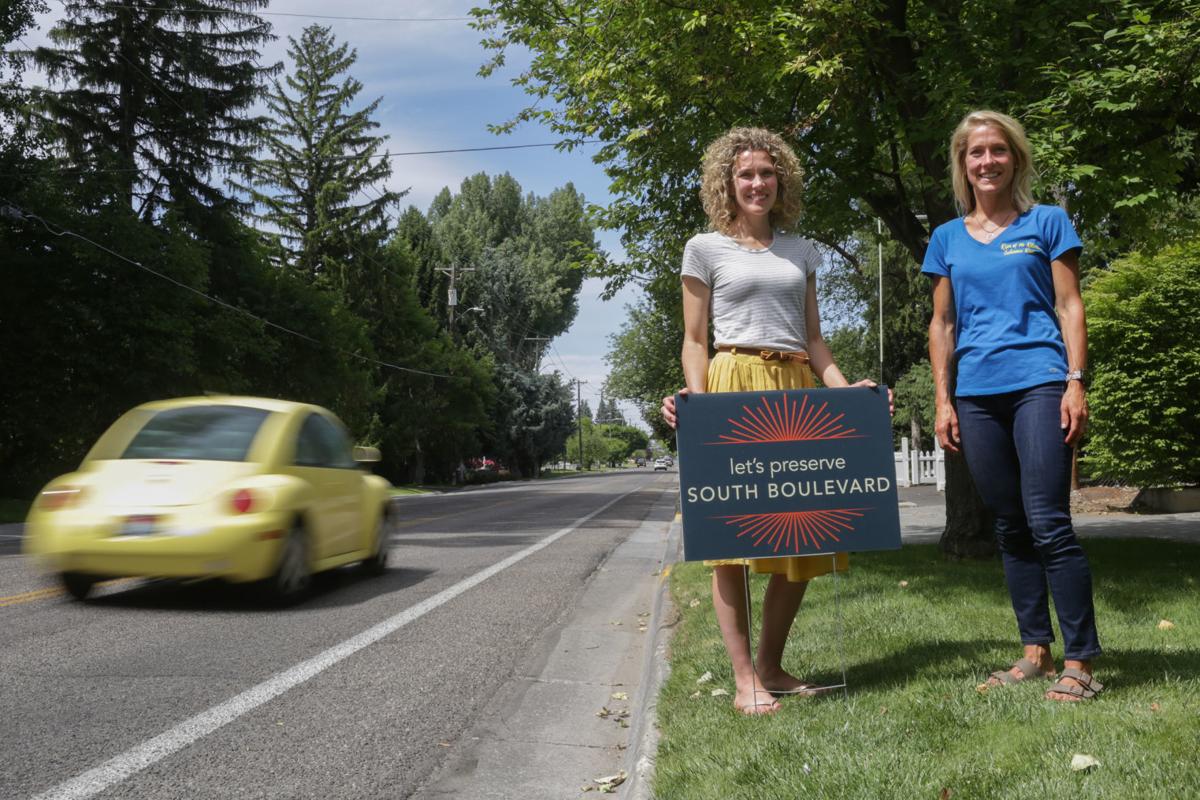 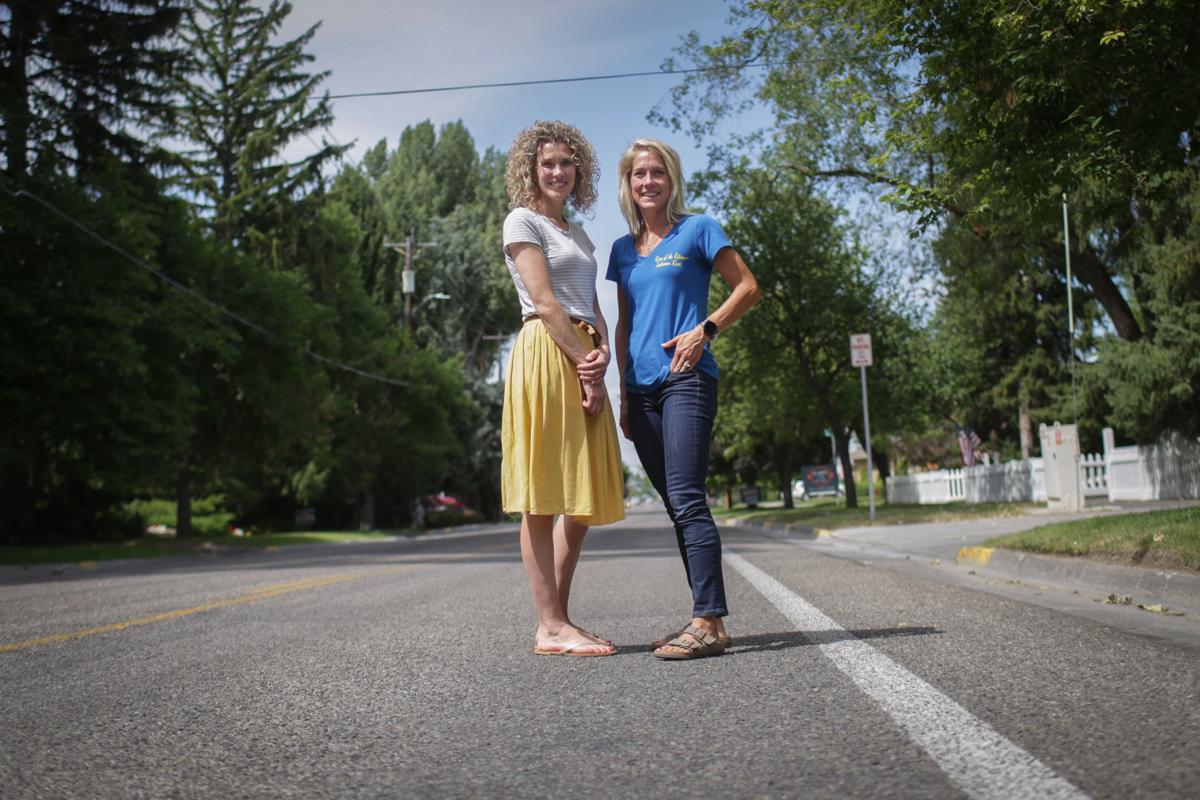 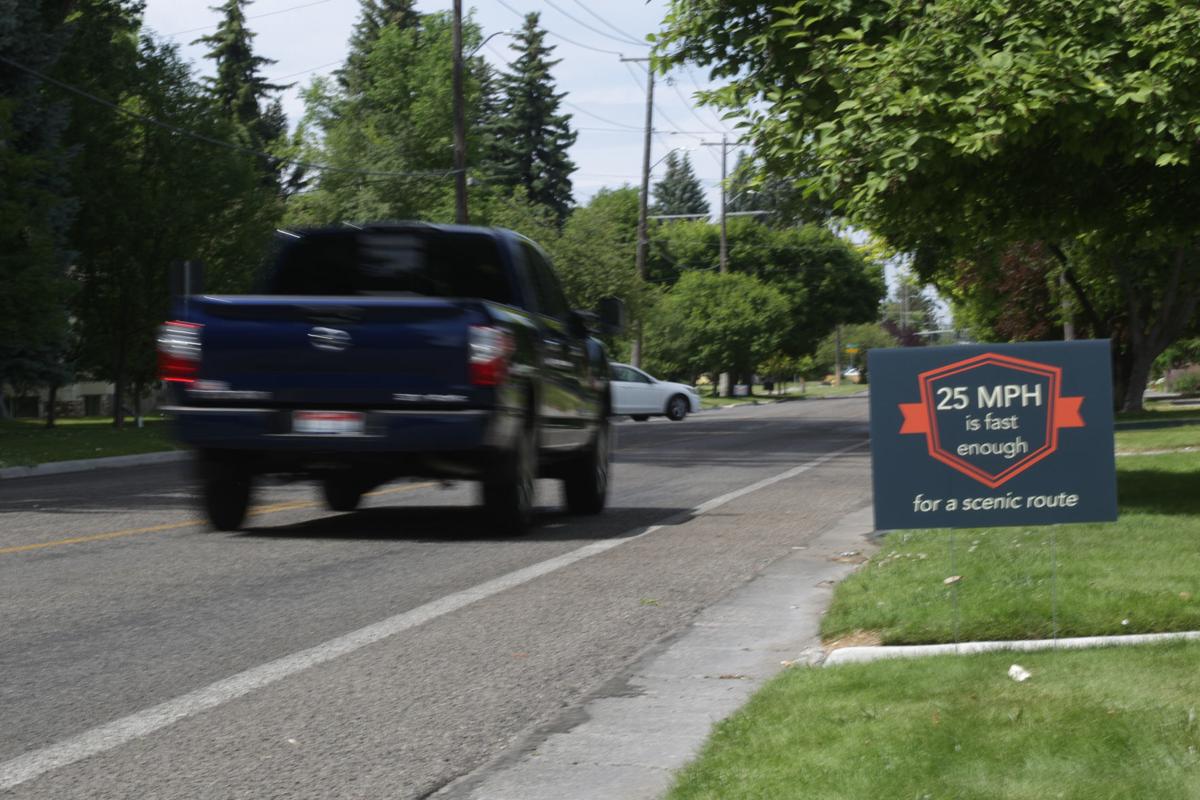 A vehicle passes a sign along South Boulevard on Wednesday, July 10, 2019

A vehicle passes a sign along South Boulevard on Wednesday, July 10, 2019

Last year, Idaho Falls restriped the section of South Boulevard between 17th Street and Sunnyside Road, adding bike lanes and a center turning lane and getting rid of on-street parking in the process.

While this is likely several years in the future, the city is also considering whether to widen the southbound lane of South Boulevard between roughly 18th and 21st streets, the idea being to connect the new lane with a second lane between 18th and 17th, creating a longer merging lane and hopefully relieving congestion around the intersection of 17th and South Boulevard.

However, many residents of the affected stretch of South Boulevard weren’t happy with the changes the city made last year, and they are against widening the street, which would involve taking out the trees that line that stretch of road now. They hope to preserve its character and don’t want it to be treated as an arterial road, which is how it is classified in city planning documents.

“I think our main concern is the amount of traffic it would encourage on South Boulevard,” said Sarah Mueller, who has lived on the street for seven years.

And they’re organizing. Rebecca Long Pyper, another resident who has been helping to organize the opposition, has gotten more than 3,000 signatures on a petition opposing the changes. Mueller and Long Pyper are behind the signs that line the stretch of South Boulevard south of 17th Street, with slogans such as “Let’s preserve South Boulevard” and “25 mph is fast enough for a scenic route.”

Long Pyper said she would like to see the road turned back to how it was before, with two wide driving lanes. She also would like to see a 25 mph speed limit on that stretch of South Boulevard; previously, the speed limit was 35 south of 17th and 25 north of it, although last year the city changed both stretches to 30 mph.

“It really just sets the tone and tells the story of the city,” she said of the street.

Long Pyper, a freelance writer, bought a historic house on South Boulevard in 2012 and has been fixing up since then. In December she organized a tour of historic homes in the area. Her Boulevard West blog documents her home improvement projects and tips and highlights the area’s historic homes.

Public Works Director Chris Fredericksen said if the southbound stretch of South Boulevard is to be widened, it likely won’t be for another five years or so and would only affect the few blocks south of 17th. He said this could ease congestion at an intersection where traffic turning from South Boulevard east onto 17th, especially, often gets backed up during peak times.

“It’s really only here at this intersection,” Fredericksen said. “There’s no intention of putting an additional lane through to Sunnyside.”

Adding bike lanes, Fredericksen said, has been part of the city’s plans for that stretch of road for years and the bike lanes helped to connect the area around Tautphaus Park south of 17th Street to points north such as Hawthorne Elementary School, downtown and the River Walk.

“There’s a tremendous need for the connection,” he said.

Fredericksen said the city is trying to move away from the car-centric infrastructure of the past toward accommodating different users of the roads.

“We know every cyclist that commutes to work is one less car that we have to deal with,” he said.

As for the center lane, Fredericksen said it has the advantages of reducing the likelihood of head-on collisions by keeping the northbound and southbound lanes separate and improving traffic flow, since vehicles making a left turn can pull into the turning lane. Fredericksen said the city tries to plan for future needs as well as the present when designing roads.

“Our intent is to make it better,” he said. “There’s always a different opinion on what better is, and change is difficult, I realize that.”

Several South Boulevard residents attended last week’s City Council meetings to voice their objections to the changes to the street. Jerry Jernigan said the changes had lowered his property values and visitors now had to park on side streets. Former state Rep. Linden Bateman also urged the Council not to widen the street. Bateman was part of an unsuccessful effort in 1974 to preserve Eagle Rock Street, the oldest street in Idaho Falls, and several of the old buildings on it. He said tearing down those buildings was a mistake and that this time the city should preserve a historic street instead.

“We should be willing to tolerate some inconvenience to preserve the historic nature of the boulevard,” he said.

City officials held a public meeting in June to talk to residents about last year’s changes and gather input. Public Works staffers are studying traffic patterns on the road now and whether to make any changes to last year’s striping, and plans to present its recommendations at another public meeting at 6 p.m. on Aug. 15 at the Maeck Education Center at the Idaho Falls Zoo. However, Long Pyper said she doesn’t feel like residents’ concerns are being heard.

“We feel like they hold these meetings so they can give us information,” she said.

The City Council will review all the public comments it receives on South Boulevard, said city spokeswoman Kerry Hammon. People who want to provide feedback can email comments to ifeng@idahofallsidaho.gov or mail them to City of Idaho Falls, Public Works Department, PO Box 50220, Idaho Falls, ID 83405. The deadline is Aug. 12.

South Boulevard striping on hold due to residents' concerns