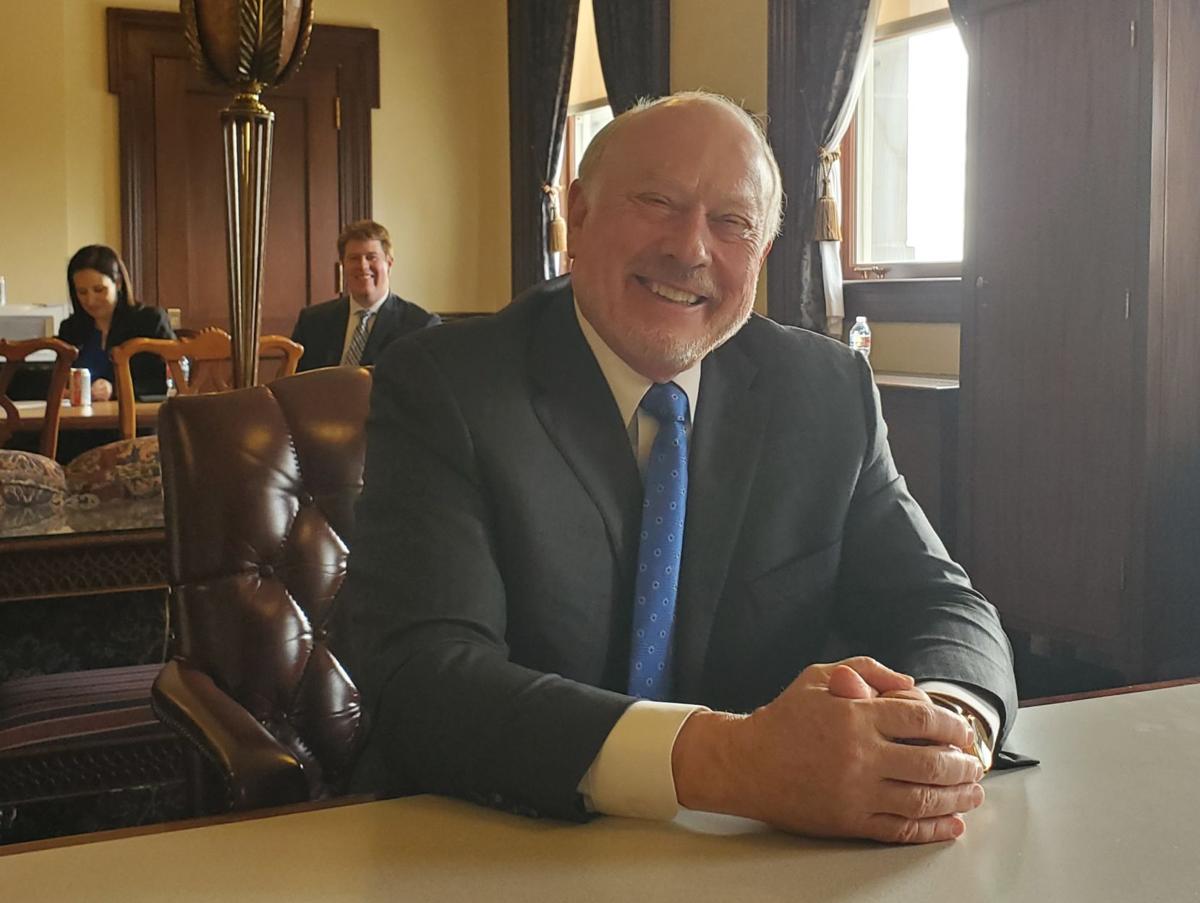 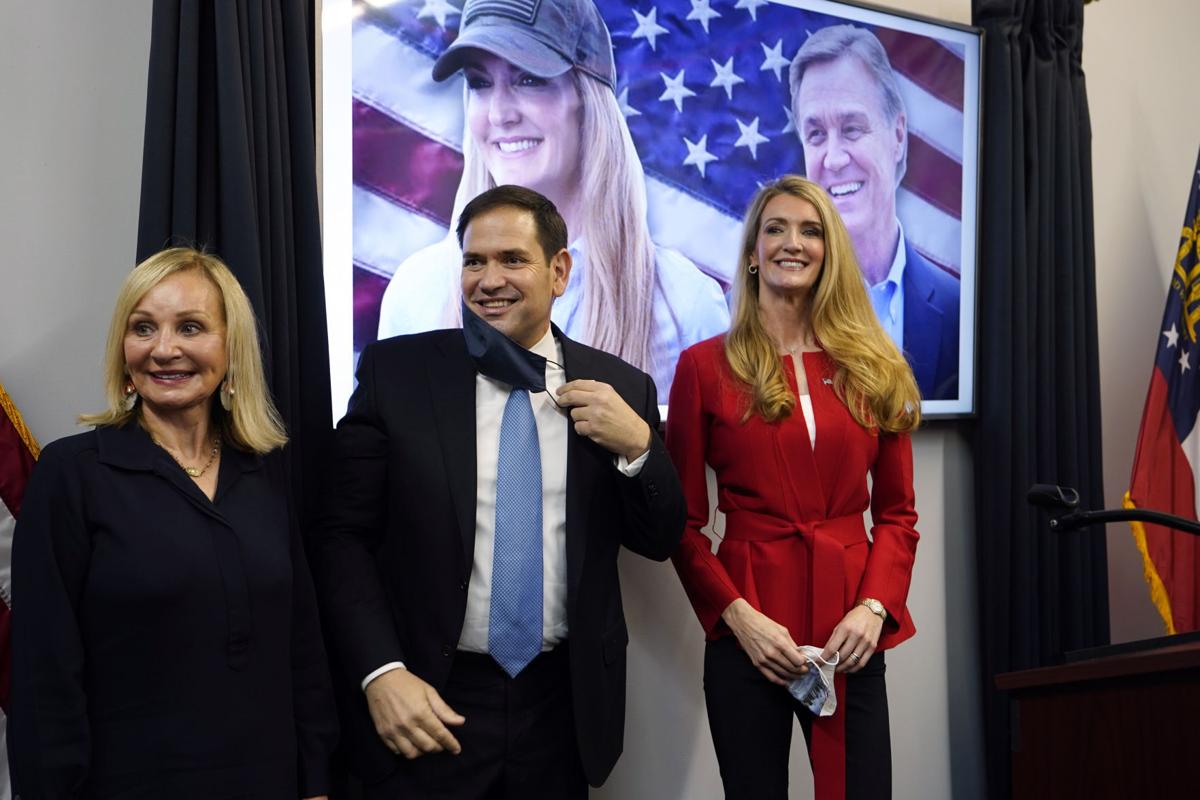 The CEO of Melaleuca is leading fundraising in Idaho in an effort to keep a Republican majority in the U.S. Senate.

“If the Democrats win the Georgia Senate seats, America’s free enterprise system will be turned upside down,” Frank VanderSloot wrote Monday, in a fundraising email with the subject line TOTAL DISASTER IS ONLY 2 SENATE SEATS AWAY! “Taxes will skyrocket. The economy will suffer. As jobs disappear, people will have to reach out for public assistance, which will escalate the argument in favor of socialism where the government will ‘take care of everyone.’ The Democrats have made their plans clear — they want to rid America of the market principles that have allowed our country to thrive, and they will do anything to make it happen. A Republican-controlled Senate is the only way to stop the Democrats’ agenda.”

VanderSloot is the Idaho chairman of the Georgia Battleground Fund, which is raising money to help Republicans Kelly Loeffler and David Perdue win the Senate runoff elections in January. Democratic president-elect Joe Biden narrowly carried the state when he beat President Donald Trump. If the Democrats win both runoffs, the Senate will be split 50-50 with Democratic Vice President Kamala Harris as the tie-breaking vote, giving Democrats control of both chambers of Congress. VanderSloot wrote that he and his wife Belinda VanderSloot have donated the maximum amounts to Loeffler and Perdue, and that they are “working closely with the U.S. Chamber, the Republican leadership, and master strategists to build our last line of defense.”

VanderSloot has long been active in politics, donating to mostly Republican candidates and causes. He stressed in an interview Tuesday that while he isn’t a Republican — he has backed Democrats occasionally over the years, including in a few state legislative races this year — he considers himself a conservative and credits capitalism for making America “the strongest and the most powerful and the most prosperous nation on the planet.” He said he worries a Democratic Senate would make Puerto Rico and Washington, D.C., states, which could have the effect of adding more Democrats to both the House and Senate and making it harder for Republicans to win majorities in the future.

“Although I do not foresee that Joe Biden is a socialist, there are many within his party who are self-proclaimed socialists and others who are promoting socialism, and he needs their votes to stay in office and … they need each other’s votes and so they’re going to be pressured,” VanderSloot said. “If they control … the Senate and the House and the presidency, they’re going to be influenced dramatically by those ideas that we should do away with capitalism and free enterprise and embrace socialism as a way of life in America. A decade ago that would have been a very unpopular idea. Now we have many in the Democratic Party who have openly said they are socialists.”

Most of VanderSloot’s campaign contributions in the run-up to the November election were to various state Republican parties and to candidates in a handful of close House and especially Senate races, including in North Carolina, Arizona, Michigan, Colorado, Alabama, Georgia and Maine.

“We helped in some House races where we thought there were viable candidates, but for me, it was all about keeping the Senate,” he said.

On the state level, in the run-up to the May primary VanderSloot donated to numerous Republican candidates, including several in eastern Idaho who were the more moderate option in primary races against a more right-wing candidate. In the general election, his donations were more politically mixed. He contributed to the state Republican Party, and to Sen. Fred Martin, R-Boise, who was fighting for re-election in a purple district. He also contributed to Assistant House Majority Leader Jason Monks, R-Nampa, who sponsored the Idaho Patient Act, a bill VanderSloot supported that put restrictions on medical debt collection in Idaho. The VanderSloots also gave a combined $2,000 to Rep. Brooke Green, D-Boise, and Belinda donated $1,000 to House Minority Leader Ilana Rubel, D-Boise, and Senate Minority Leader Michelle Stennett, D-Ketchum.

VanderSloot declined to comment on why he backed any particular candidates, but he said he thinks there are good candidates in both parties and that we need more “moderates and common sense” in government. He said people on both sides are too willing to follow someone just because they share the same partisanship and ignore lies or wrongdoing from their own side.

“I think that’s an awful philosophy,” he said. “And you follow a leader that will take you right off the cliff. … We need people who will come together, listen to both sides of the argument and make good solid decisions, not based on their party affiliation, not based on the person that they’re following,” he said.