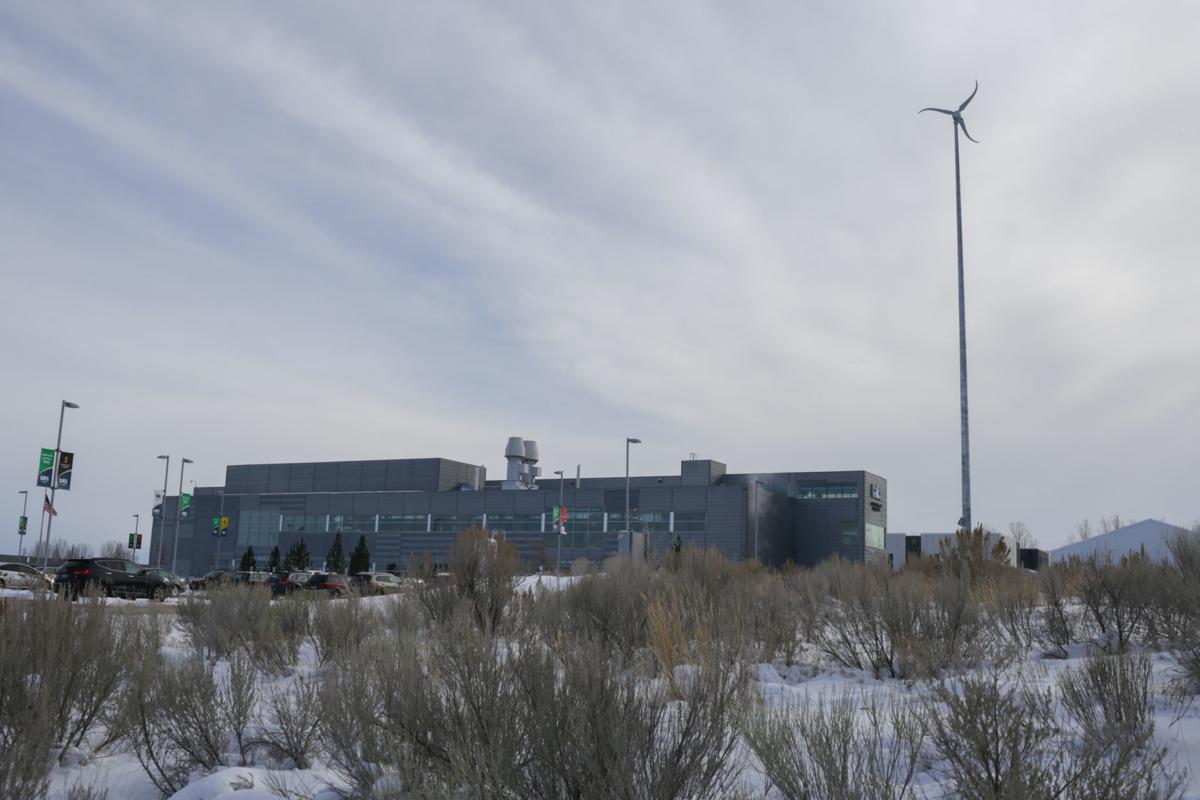 The new 70-foot-tall research wind turbine is seen at the Center for Advanced Energy Studies on Monday, Jan. 20, 2020. 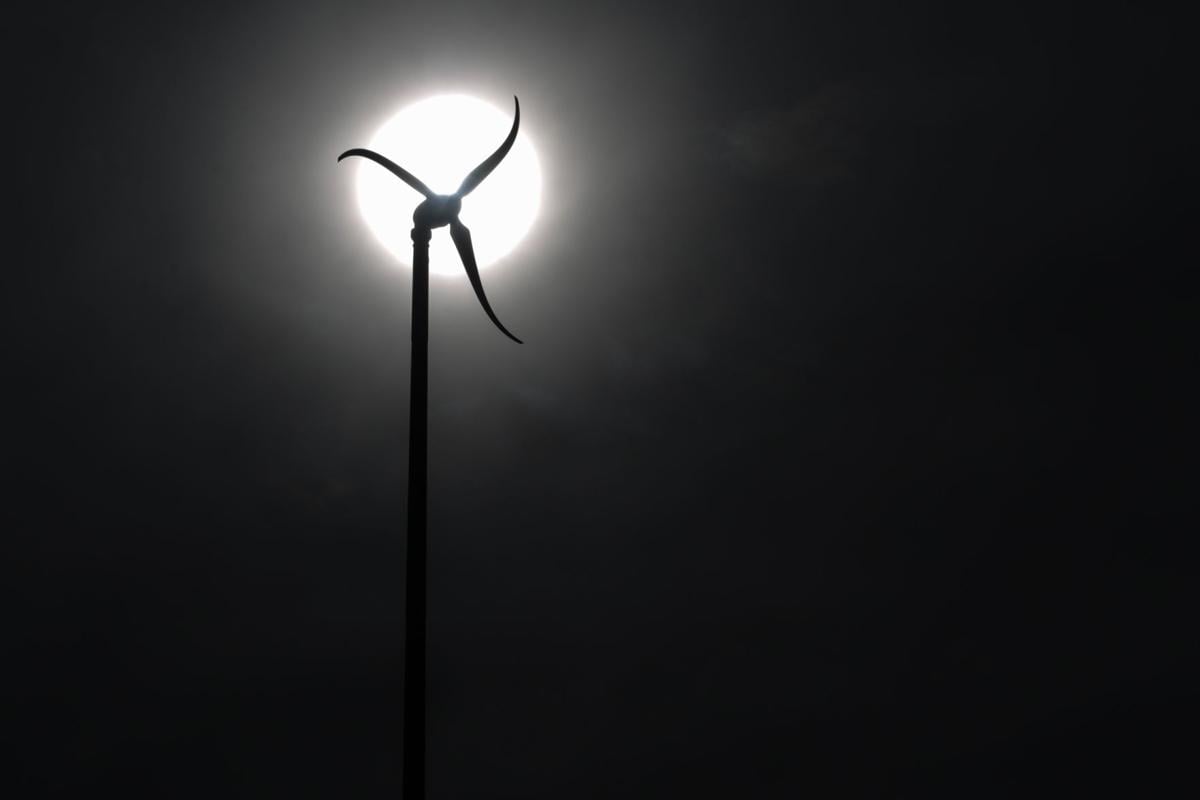 Top: The new 70-foot-tall research wind turbine is seen at the Center for Advanced Energy Studies on Monday. 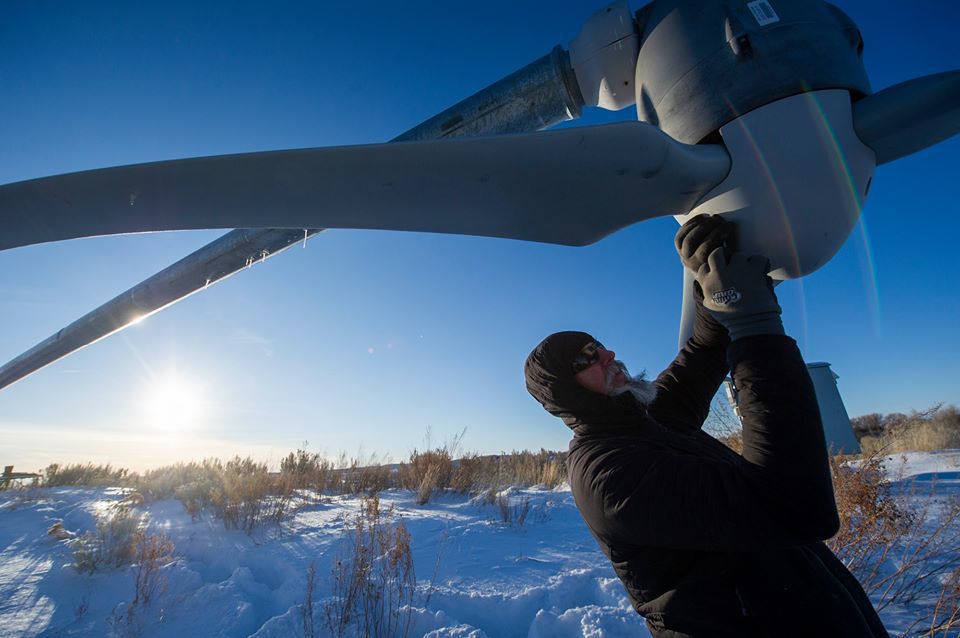 The new 70-foot-tall research wind turbine is seen at the Center for Advanced Energy Studies on Monday, Jan. 20, 2020.

Top: The new 70-foot-tall research wind turbine is seen at the Center for Advanced Energy Studies on Monday.

The turbine was installed just outside the Center for Advanced Energy Studies Wednesday as part of the Wind for Schools program. The device will be used both by researchers at Idaho National Laboratory as part of a national program on renewable energy and by interested school science classes which can access the turbine’s data through Boise State University.

“Collaborations like this are what we were put in to accomplish,” said CAES spokesman Matthew Evans.

The turbine data will be used by INL as part of the Department of Energy’s Microgrids, Infrastructure Resilience, and Advanced Controls Launchpad (MIRACL) program. Program manager Jake Gentle said the program involves sharing data in real time from turbines and other renewable energy sources at four Department of Energy locations across the western United States.

The Wind for Schools program was launched by the Department of Energy in 2005 and the company Repowering Schools has taken the lead on funding partnerships. Idaho is one of 12 states participating in the program and the majority of its eight turbines are located at sites along the Snake River in the southeastern part of the state, including small ones at Skyline High School and Shelley High School.

John Gardner, the Boise State University professor who oversees the program, said this region of the state was good for wind energy because the turbines were easy to access and had a predictable supply of wind to power them.

“You can pull data from the history of a wind farm or a solar array and use that to model a microgrid, but it’s much more realistic to pull that data from those places in real time. Especially when you have a solar panel and a wind turbine at the same site,” Gardner said.

Gardner said that Boise State students have helped schools install their own wind turbines to join the program and manage the statewide program, but the bulk of the educational benefit is for the younger K-12 students.

CAES had previously been home to a turbine for several years until it was moved closer to the main offices of the Energy Systems Lab. The reinstalled turbine has been updated with new blades and an improved capacity to share information.