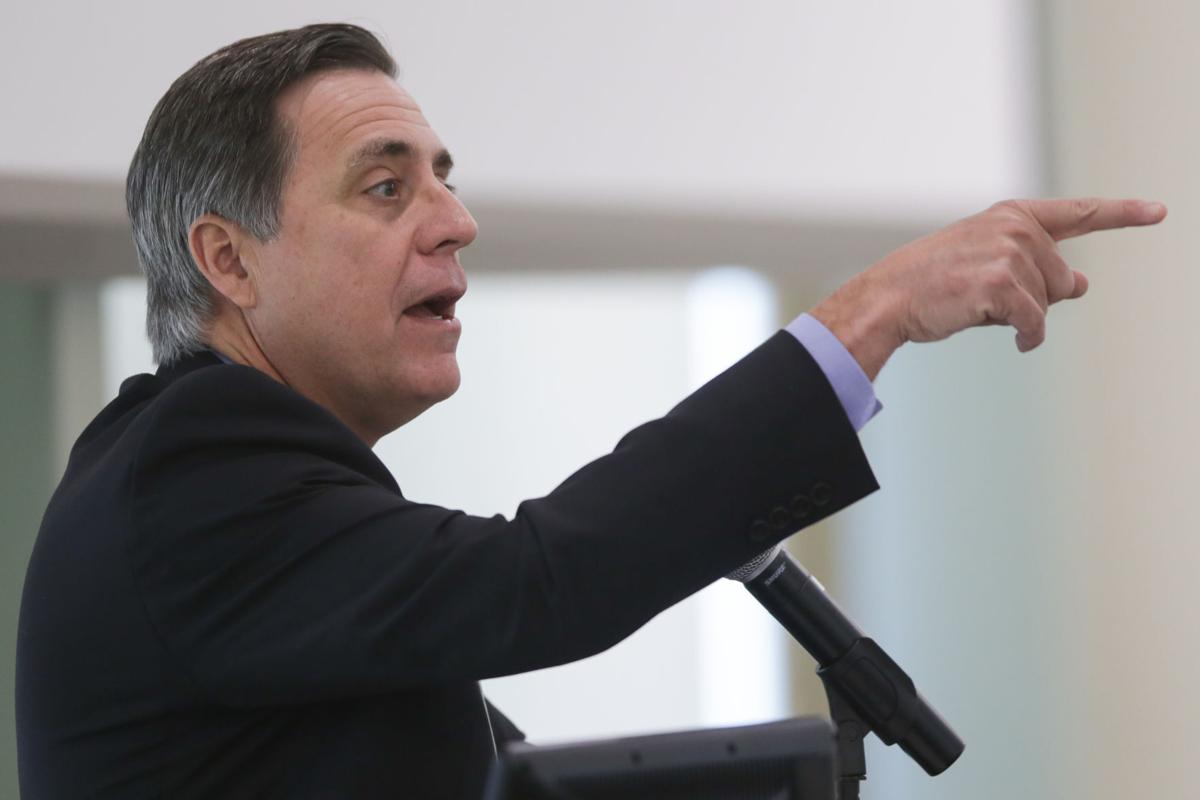 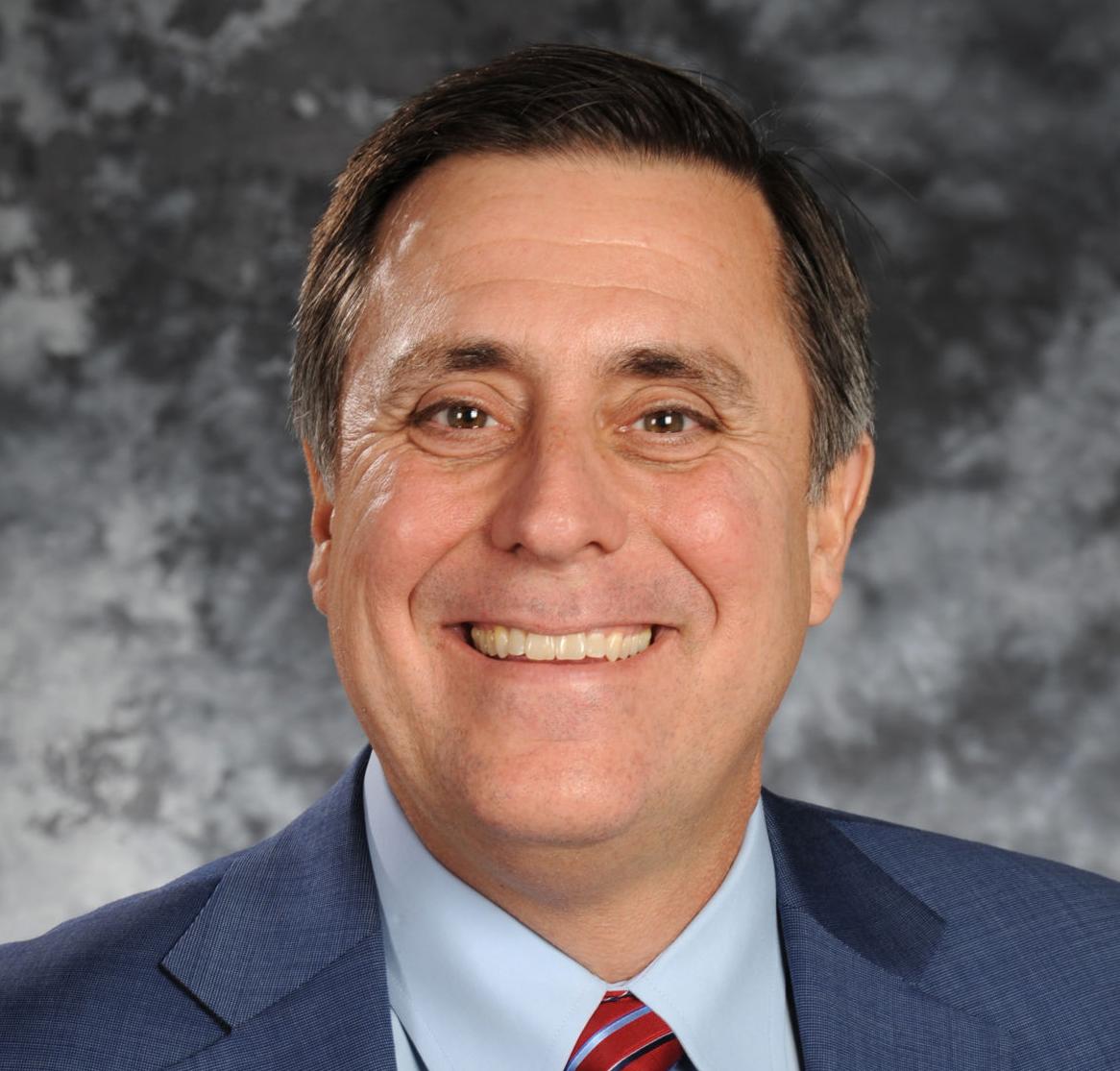 Peters is moving into a new job as executive vice president for laboratory operations at Battelle. Peters, who has been INL director since 2015, made the announcement Thursday. Battelle is the contractor that runs day-to-day operations at the lab.

“In this new role, I will be working with all of the national laboratories in Battelle’s portfolio — and that includes INL — ensuring we continue to deliver excellence in science and technology, operations, and community engagement,” Peters said in a statement.

As a contract manager under the Government-Owned Contractor-Operated governance model, Battelle oversees more than 27,000 employees at eight national laboratories, according to its website.

“He’s been a great director and I just hope the person they find to replace him is as good as he is, because he’s been phenomenal for the lab and for the city of Idaho Falls,” said U.S. Rep. Mike Simpson, a Republican who represents eastern Idaho and has been heavily involved in INL funding issues over the years in his position on the House Energy and Water appropriations subcommittee.

Simpson said Peters and his wife Ann Marie have been “really valuable assets to our community,” pointing to her work with the College of Eastern Idaho and his involvement in various civic causes. He also said Peters is well respected within the U.S. Department of Energy, and was elected by other national laboratory directors to represent them with the DOE for a couple of years.

“That kind of tells you what the other directors think about him and what the Department of Energy thinks about him,” Simpson said.

Battelle is searching for a new lab director now and Peters plans to stay in his current role until it finds one and help with the new director’s transition into the job before moving into his new job at Battelle.

“I’m grateful to everyone at the laboratory, and throughout eastern Idaho, for their support and friendship,” Peters said. “Together we have accomplished so much, and I’m confident the best is yet to come, that INL’s uniquely talented staff will continue to deliver world-class science and make the world a better place for everyone.”

Idaho Falls Mayor Rebecca Casper lauded Peters’ work on the advanced reactor and cybersecurity initiatives that have been important to him, and said he made sure policymakers in Washington, D.C., knew of INL’s importance. Sometimes, she said, people in Idaho Falls can forget just how impressive INL’s work is.

“Quite frankly, it’s been wonderful having him as our lab director,” she said. “I think he’s done a great deal to advance the laboratory’s prestige, not only across the country but across the globe.”

Simpson lauded Peters’ work to expand the lab’s work, both in the nuclear and cybersecurity fields.

“He’s expanded the role of Idaho National Lab and made it, I think, the premier lab in the country in many respects,” Simpson said.

Simpson pointed to the expansion of the lab’s facilities during Peters’ tenure as one example.

“We had researchers working out of old grocery store buildings and that kind of stuff all over Idaho Falls” before, Simpson said.

“The INL has thrived under your superior leadership, and Vicki and I wish you nothing but the best as you begin your newest role with Battelle,” Risch wrote.

Peters has presided over a busy time in the lab’s history. He presided over INL’s 70th anniversary celebrations last year. Also in 2019, INL was announced as the site for the National Reactor Innovation Center, a partnership between INL and private companies to test new nuclear reactors. INL has also been working with the Oregon-based NuScale Power and Utah Associated Municipal Power Systems on a plan to build 12 small modular reactors at the DOE’s desert site west of Idaho Falls that would provide power to Idaho Falls and other UAMPS members.

Others highlights include the 2019 opening of the Collaborative Computing Center and Cybercore Integration Center, two new buildings on INL’s Idaho Falls campus to improve INL’s cybersecurity work and increase research collaboration with Idaho’s colleges and universities. Also in late 2019, the state of Idaho and the DOE inked a deal under which INL can start to bring research quantities of spent nuclear fuel into the state again if certain new waste cleanup benchmarks are met, potentially ending years of impasse on the issue.

“He’s been a champion of a great many nuclear projects, which bring employees here to the area,” she said. “They have a positive effect on the community. They’re highly educated, they get involved, they care about the schools and art and culture, they vote. ... Every time the lab hires because they’ve got a new project going, our community is better off.”

Casper also praised Peters for his advocacy for increasing diversity at the lab and hiring people from different backgrounds. His Twitter account is full of tweets condemning racism and acknowledging dates such as Juneteenth and International Transgender Day of Visibility.

“Inclusive diversity is a core value at INL,” he said on June 1. “We need everyone to stand in solidarity, build better communities, and ensure no one feels isolated or afraid. Our differences complete us. Our differences can unite us.”

These views have at times brought him into conflict with the Idaho Legislature. Last summer, when many Republican legislators were condemning Boise State University for some diversity-related programs, Peters and other INL top brass reemphasized their support for diversity and worried a perception that Idaho is intolerant could make it harder to recruit employees.

This March, as lawmakers debated bills to ban transgender girls and women from female high school and college sports teams and bar transgender people from changing their birth certificates to match their gender identities, Peters told legislative leadership he worried how the Legislature’s actions could impact perceptions of Idaho.

“Inclusion and diversity are important to me personally, and I’m proud of the progress we’ve made at the Laboratory and within our workforce,” Peters wrote. “As a state, I believe strongly that our leaders must strive to move forward and resist attempts to march us backwards.”

Idaho National Laboratory could be the center of nuclear reactor development in America for decades to come, the U.S. Department of Energy ann…