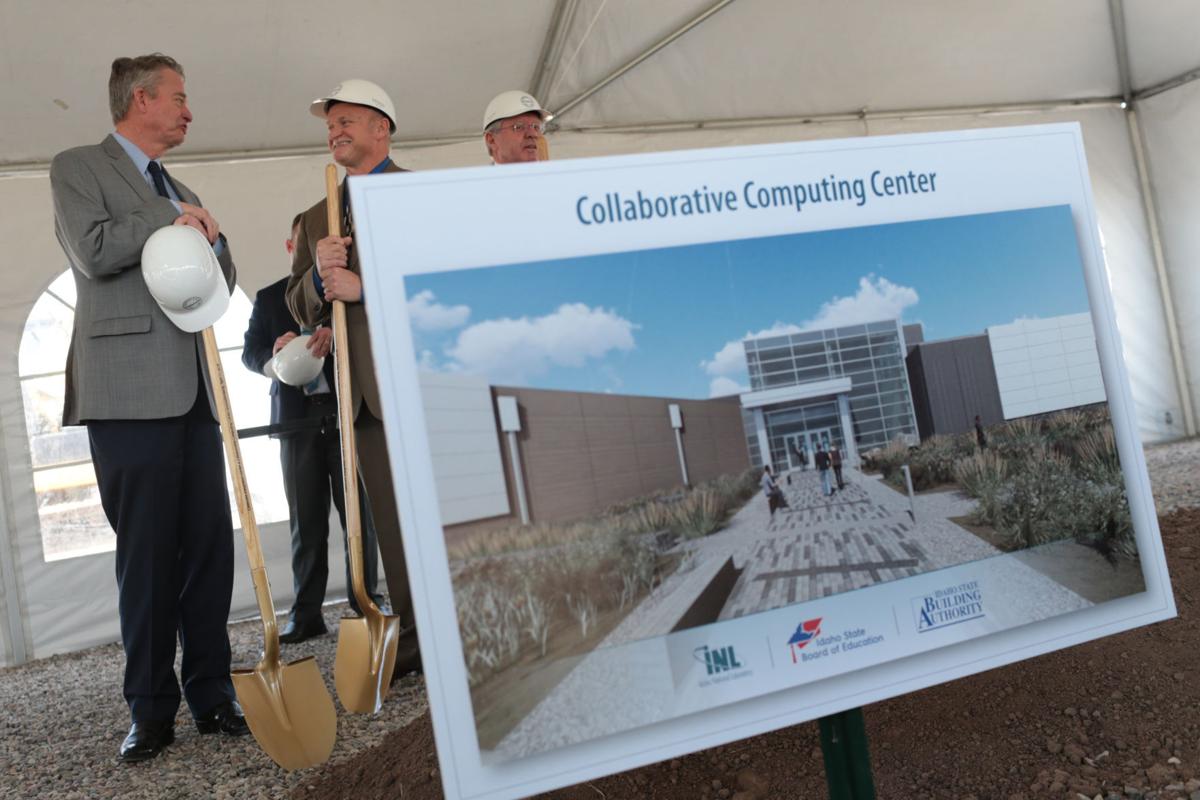 Senior leadership prepares to take part in the groundbreaking of the new Cybercore Integration Center and Collaborative Computing Center on April 11, 2018. 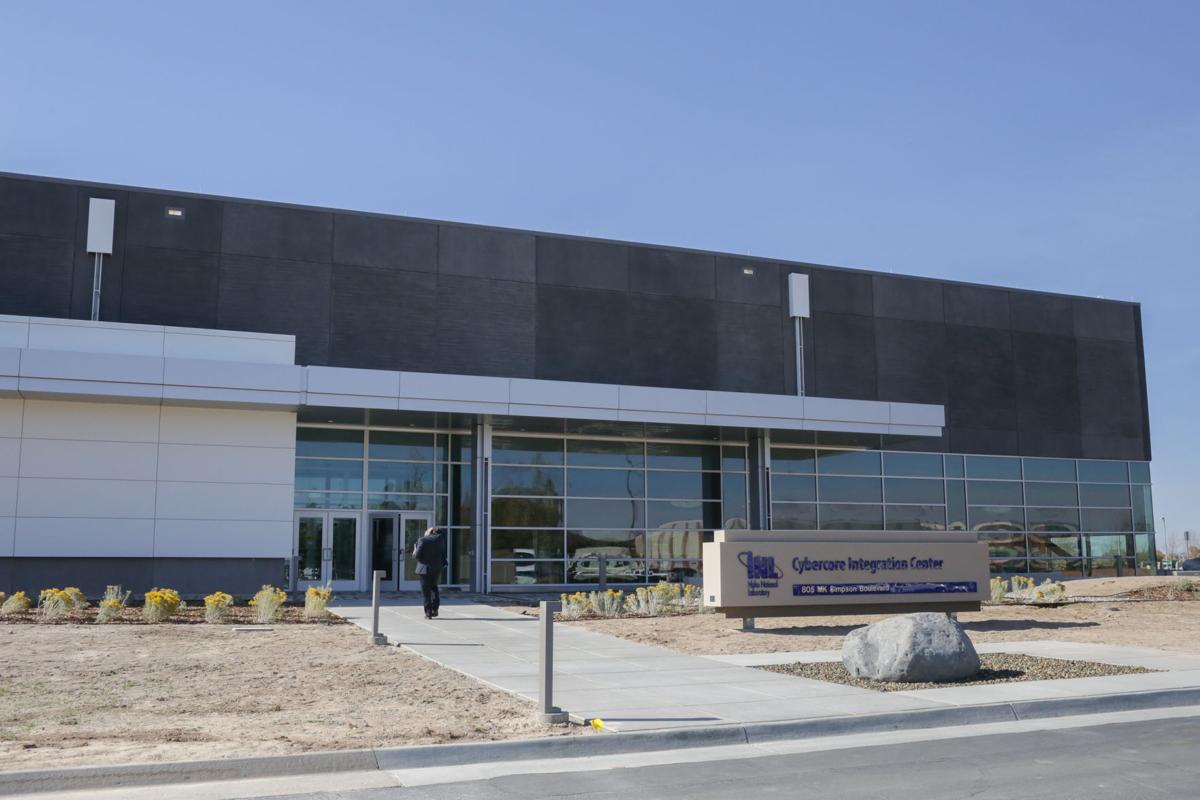 Senior leadership prepares to take part in the groundbreaking of the new Cybercore Integration Center and Collaborative Computing Center on April 11, 2018.

The Collaborative Computing Center and Cybercore Integration Center, which were financed by $90 million in bonds approved by the state Legislature in 2017, are located at the Idaho National Laboratory campus in Idaho Falls.

INL, U.S. Department of Energy and state officials announced the buildings’ opening to great fanfare in September 2019 at a ceremony attended by almost half of the state Legislature.

The Cybercore Integration Center focuses on cybersecurity work, bringing together federal, state, academic and private industry researchers to develop infrastructure that can withstand threats such as cyberattacks and natural disasters. The Collaborative Computing Center houses three supercomputers, one of them, Sawtooth, one of the most powerful in the Pacific Northwest. The computers are used for nuclear technology research and are also accessible to Idaho's three research universities through the Idaho Regional Optical Network, an ultra-high-speed fiber optic network.

Like everyone else and every other institution, the Cybercore Integration Center has had to adjust its work to the COVID-19 pandemic. Its crew moved in just weeks before coronavirus hit and they all had to start telecommuting, said Director Scott Cramer. While he said this was frustrating, he said he is proud of how INL handled COVID-19.

"That caused some challenges, Cramer said. Some of my workforce is in every day, but it's a very small contingent. But we got through that really well."

The Cybercore Integration Center's focus is cybersecurity work, and it collaborates with Idaho's major universities on its research. It hosts a dedicated university laboratory, with equipment from Boise State University that simulates oil and natural gas-related equipment, and the plan is to create a research program to work with students.

The "primary core" of their work, Cramer said, is helping big government agencies like the departments of Defense, Energy and Homeland Security improve their capabilities to defend America's key infrastructure from cyber attacks. He said the Cybercore Integration Center, with 80,000 square feet and 20 high-tech labs, is the premier building in the country solely focused on these issues and they hope to become the national leader in control systems cybersecurity.

"We try to help the nation solve those security challenges," he said.

Other aspects of the CIC's work include workforce development and cybersecurity trainings for industry and government workers, working with local schools to promote Science, Technology, Engineering and Math Education to get kids interested in cybersecurity and working with universities both in Idaho and nationally on curriculum development. They have also continued to host interns and give them meaningful work they could do remotely despite the pandemic, Cramer said.

"Even with COVID we've hosted 32 interns over the summer remotely from 17 different universities and 12 different states," Cramer said.

The Cybercore Integration Center has hired more than 70 people who, due to COVID-19, are working remotely over the past 18 months, which Cramer said shows the demand for what they do despite the pandemic.

The Collaborative Computing Center opened about a year ago and 130 people moved in, said Eric Whiting, the division director for advanced scientific computing. Whiting said the exciting thing about the facility is that it is a gathering place for INL's computing workers and a place where the supercomputers can be housed.

"It's got a cool atrium, it's a wonderful environment," Whiting said. "It connects people together."

The 100-gigabyte-a-second Sawtooth computer came to the Collaborative Computing Center a year ago, unloaded from four semi-trucks on a snowy December day.

"It's a ton of computing," Whiting said. "Sawtooth is our flagship machine. It's our most important one."

Whiting said it took 40 or 50 people to unload and connect it. Whiting said the computer is an exciting part of the center.

The Lemhi supercomputer, which is similar to Sawtooth but has about a sixth of the performance capacity, was moved into the Collaborative Computing Center in March, and the Falcon followed in June.

While the Collaborative Computing Center has also been affected by COVID-19 and much of the staff misses being able to interact personally in a building that was built to bring INL's computing research together under one roof, "for the most part our staff have continued to work essentially at the same level of productivity," Whiting said. "They remotely access this supercomputer anyway."

The Collaborative Computing Center's main focus, like INL's, is nuclear energy-related research, but Whiting said the center also supports other aspects of the lab's mission, such as with homeland security and environmental research. Whiting said the computers at the center are used nationwide, both by universities and industry — about half of their computers' 700 users, he said, are outside INL. This lets them work together with others more easily.

"It's just a good way to collaborate," he said.

John Wagner will be the next director of Idaho National Laboratory.