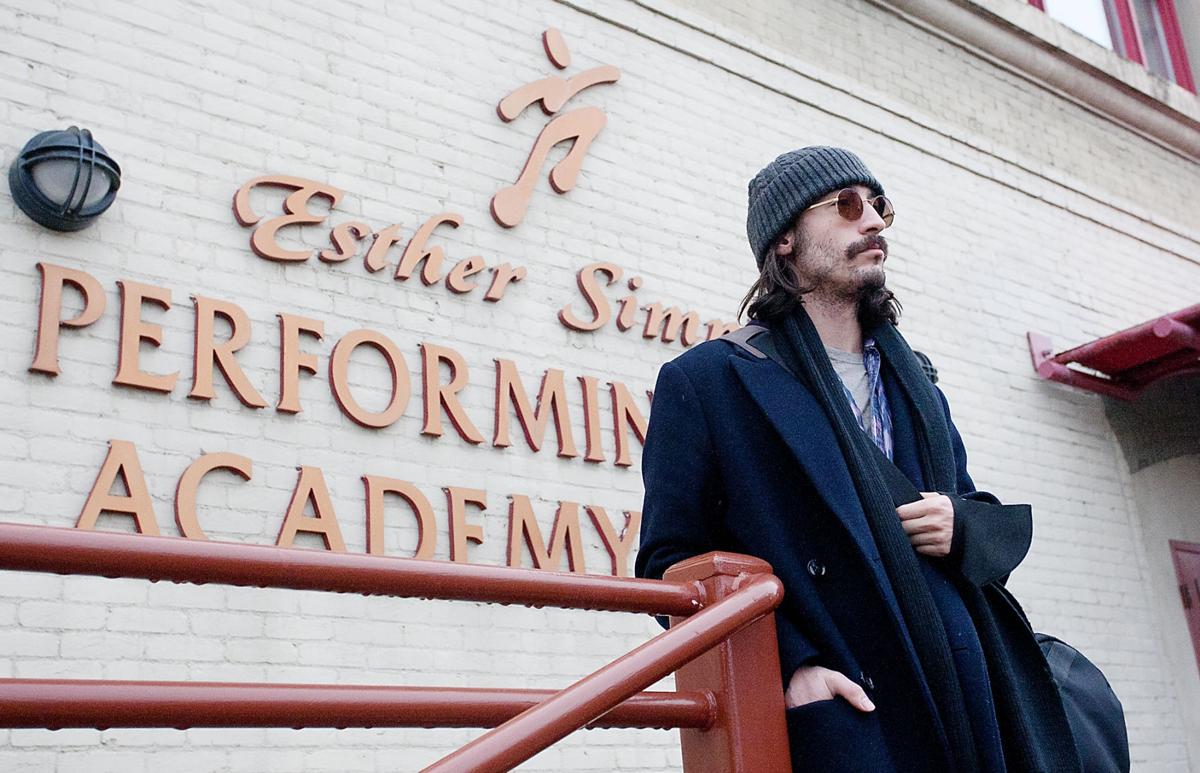 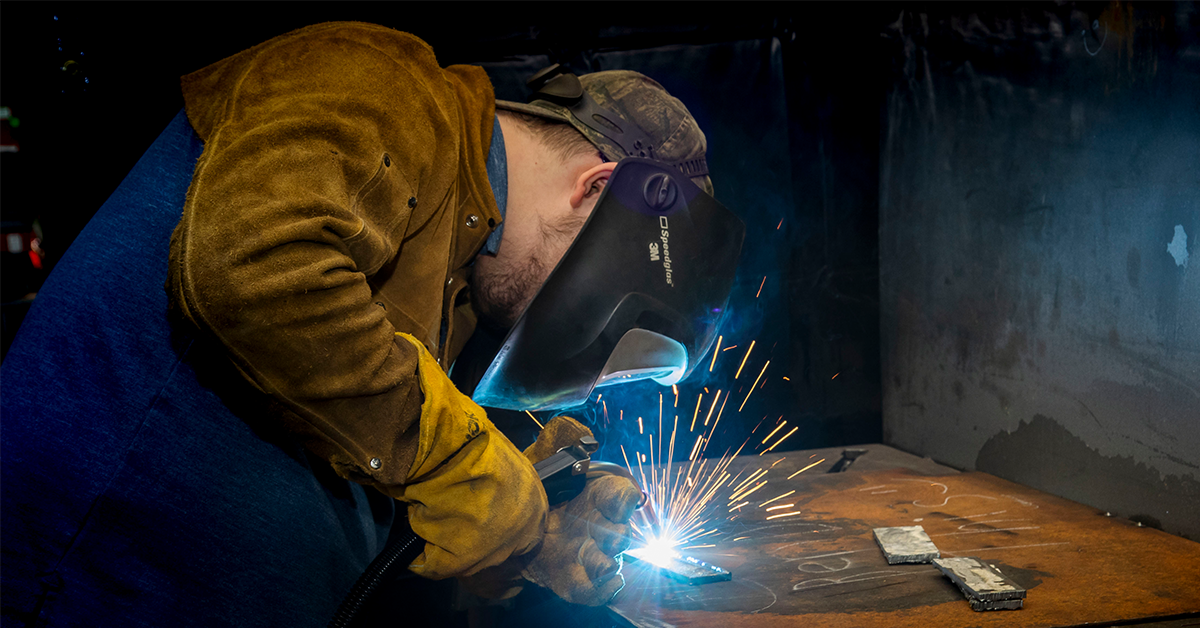 Jayson Hibbs of Boise participates in a welding exercise as part of the Idaho Department of Labor’s Idaho Job Corps program, which offers young people education and workforce training. 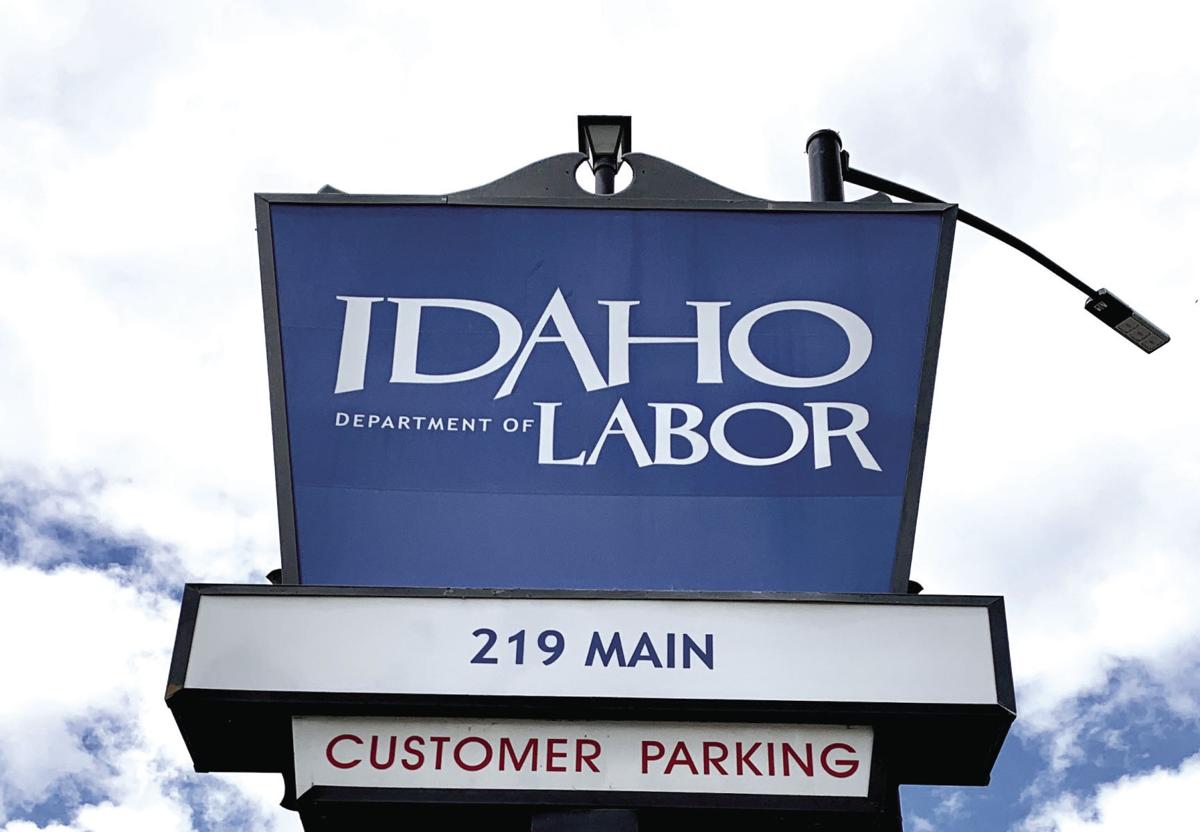 The Idaho Department of Labor has implemented a new phone system, retooled the online claims portal to make it more user-friendly and increased staffing numbers to handle claims and appeals during the pandemic. 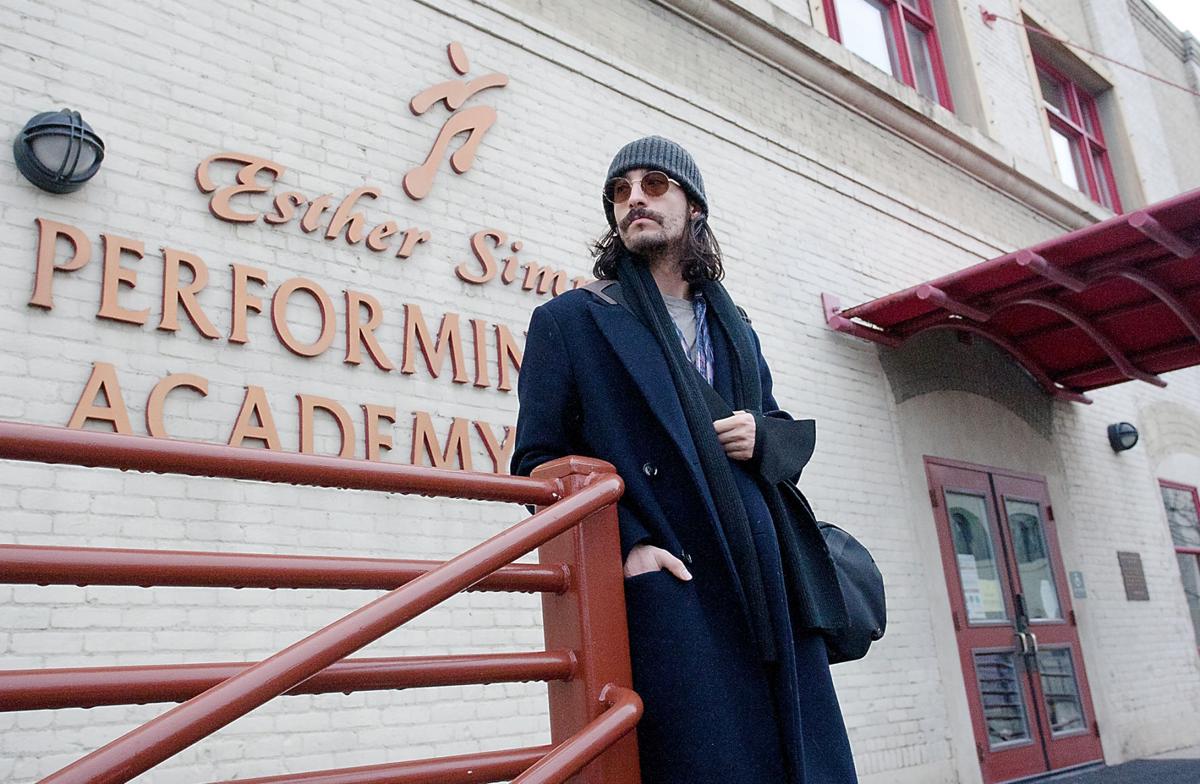 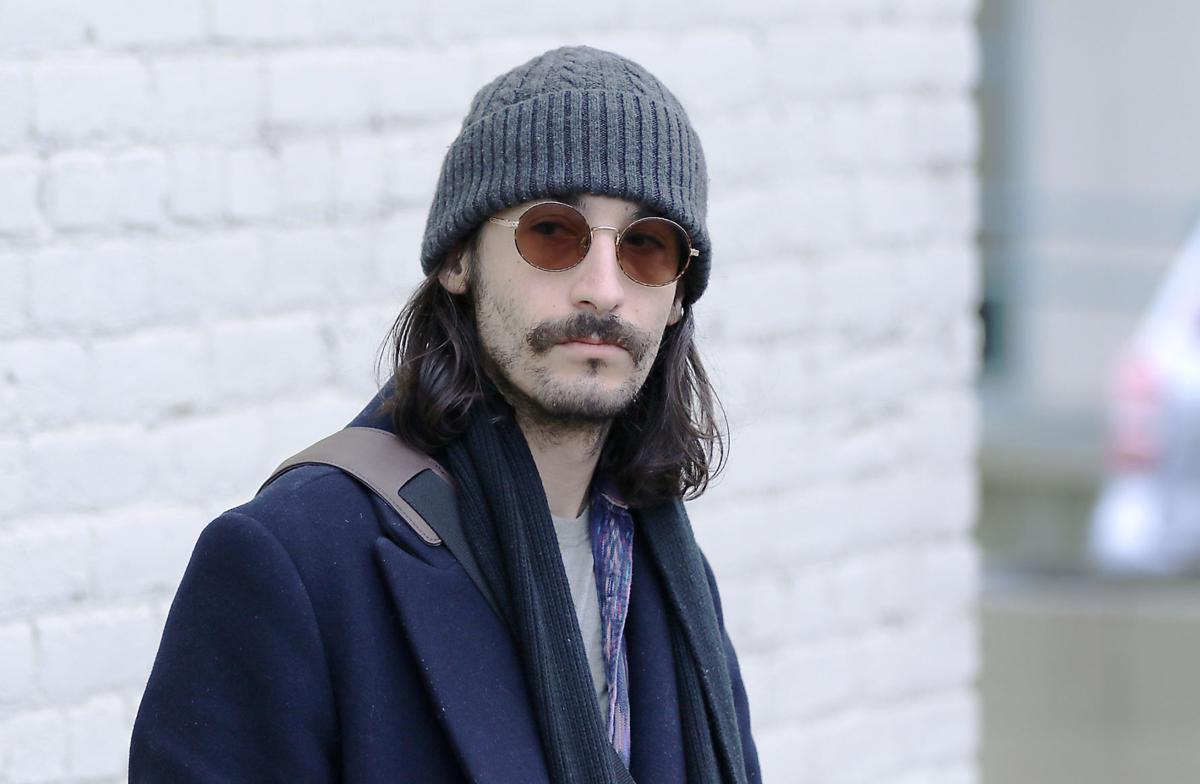 The Idaho Department of Labor has implemented a new phone system, retooled the online claims portal to make it more user-friendly and increased staffing numbers to handle claims and appeals during the pandemic.

BOISE — Before the pandemic, Daniel Ojeda was used to supplementing his income with unemployment benefits. A 29-year-old ballet dancer and choreographer, Ojeda works about half the year as a freelancer, when he’s not on contract with Ballet Idaho during the fall and winter.

Last summer, those freelance gigs — about half Ojeda’s annual income — disappeared, as the curtain dropped and lights went out in theaters and studios. Working in an arts industry decimated by the novel coronavirus, Ojeda, along with his colleagues at Ballet Idaho, have adapted and survived. Although, nearly one year into the pandemic, stages remain closed, and audiences are not permitted or, at the very least, ill-advised.

The Idaho Department of Labor in 2020 paid more than $1 billion in benefits to the tens of thousands of Idahoans, 92% of whom lost their jobs or had their hours reduced due to the pandemic and the economic recession that followed. Since a peak of unemployment claimants in May — more than 78,000 — weekly claims in February dropped to about 33,000.

That’s still “substantially higher than we usually see,” said the labor department’s Benefits Bureau Chief Joshua McKenna. The 33,000 claims during the week of Feb. 6 is triple the number of claims during the same week last year, pre-pandemic. While Idaho has fared better than most states in terms of economic recovery, it continues to feel the impact of long-term unemployment that followed an economic shock from last spring.

Recent data shows construction and building and grounds maintenance workers have the highest jobless rates; however, those include seasonal jobs that typically drop in the winter months during normal years. On the other hand, service industries, such as food and retail, and health care and social services have been slower to recover.

Idaho’s unemployment rate in December, the most recent available data, was 4.4%, lower than the national average of 6.3% as of January. Idaho reached a peak last April at 11.8%, just two months after a pre-pandemic unemployment rate of 2.5%, an all-time low and among the nation’s lowest at the time.

Additionally, particular demographics — low-wage workers and millennials — make up a large portion of Idahoans who remain unemployed or underemployed. According to data from the week of Feb. 6, 37% of people filing unemployment claims were 34 or younger. More than two-thirds were men.

Stuart Mitton, 34, of Boise has received unemployment benefits off and on since March of last year. Just before government-mandated lockdowns, he was hired at Kin, a restaurant that was preparing to open for the first time. While Kin offered take-out meals and indoor dining for a few months last year, Mitton, a wine expert and sometimes bartender and server, has worked on reduced hours since March.

Mitton suggests he’s more fortunate than others because he has remained employer-attached, meaning he’ll have a full-time job if and when Kin is back to fully staffed and open for indoor dining. It also means he can collect unemployment benefits without having to search for another job — he currently has two, both part-time.

“It’s been a year of surviving, just floating, making sure that I’m able to pay my bills and do what I can,” Mitton said. “A lot of staying at home and reading and cooking, which isn’t a bad way to go about things.”

Mitton said he was among the many people last year who experienced issues with filing an unemployment claim, but he hasn’t had problems since. Last spring, as the labor department faced an onslaught of newly unemployed workers seeking aid, widely reported filing problems included overloaded phone lines — resulting in persistent busy signals or exorbitant wait times — and filing errors that took weeks or months to resolve.

Some claimants continue to have issues. A Facebook community, Idaho unemployment group, with 2,300 members regularly discusses individuals’ problems filing a claim or contacting the department. In December, Ojeda said made an error when he filed a weekly claim two hours early, resulting in a weekslong appeals process, during which he had to borrow money from friends while he was “bogged down by bureaucracy.”

Labor department officials say in recent months they’ve mitigated those issues, by implementing a new phone system, retooling the online claims portal to make it more user-friendly and increasing staffing numbers to handle claims and appeals. In total, the department has a little more than 100 employees working with unemployment claimants.

“There’s just a larger capacity for us to take phone calls, so people don’t get the hard busy (signal) that they were getting early on in the pandemic,” McKenna said. “I think we’ve really solved that. It doesn’t mean that there’s not wait times. When people call-in they may have to sit on hold temporarily, but they will get an agent eventually to assist them.”

McKenna said wait times can be an hour on Mondays, the day after most people file their claims, but the average time on hold decreases throughout the week.

One issue that further strains labor department staff is fraud, McKenna said. An estimated $36 billion in unemployment benefits nationwide has been claimed by scammers, KTVB reported.

In cases where claimants may have made an error, rather than engaged in a scam, the department contacts the claimant and “looks very closely at the situation” to determine why a benefit overpayment occurred, “instead of taking a harsh approach,” McKenna said. Claimants who were overpaid due to an error can be on the hook to repay that money, but the most recent federal stimulus bill allowed state labor agencies to waive overpayments, which was previously not an option, McKenna said.

In the 11 months since the coronavirus state of emergency was declared in Idaho, some workers have exhausted limited state unemployment benefits. Kendall Elam, 26, of Boise, is one of them. A cook and server at Txikiteo, Elam is now living off the $300 weekly federal unemployment enhancement. Lacking dependents, student loans and a car payment, Elam said the income is “doable.”

“I need less than a lot of other people,” he said.

But the federal enhancement, an 11-week extension of last year’s CARES Act relief package, is set to expire next month. Congress may vote on a new relief bill, which would extend unemployment enhancement, in the coming weeks.

Meanwhile, those who received unemployment benefits in 2020 are preparing to pay taxes on that income. Both state benefits and the federal enhancement are taxable income.

Looking ahead, Ojeda said he’s unsure whether freelance opportunities will return this summer.

“I can’t really put my finger on what the future holds,” he said.

When asked whether, facing another year without an audience to perform for, he would consider changing careers, Ojeda said “naturally” he has.

“Ask anyone who has spent years training in something terribly specific … ‘What do you do now? Do you go back to school?’” he said. “I’ve considered another career, but it’s definitely not going to be one outside of the arts. I’ve resigned to being poor for the rest of my life as long as I can continue to bring meaningful experiences to people. All I’m looking for is the ability to survive. I just want to be able to live and to be able to make things for people, and that’s literally it.”

The Idaho Department of Labor offers a number of training and employment programs for workers impacted by COVID-19 or who are otherwise looking to advance in their careers.

Gabriell Barela, 22, was earning $8 per hour in retail and fast food jobs before she enrolled in a youth training program, funded by the federal Workforce Innovation and Opportunity Act.

“I honestly was tired of working in those specific areas, and I wanted to advance in the work industry as well as (advance) my own personal skills,” Barela said.

New Horizons trains up to 100 workers per year through the Department of Labor program. Trainees have been hired by Perspecta, AmeriBen and St. Luke’s, among other employers, according to Barbara Lewis, director of operations at New Horizons Boise.

The Workforce Innovation and Opportunity Act programs — which include both out-of-school youth (age 16 to 24) and adult programs — are geared toward workers who are either unemployed, underemployed or have certain barriers to employment, said Ofelia Morales, senior workforce consultant with the labor department.

“I think this is a huge resource at the moment for those who are underemployed or not employed,” Morales said. “This gives them the opportunity to really look at the in-demand occupations and be able to reach out to us and obtain some training in those in-demand industries.”

Another labor department program is the Idaho Job Corps. Geared toward young Idahoans (16 to 24) from low-income families, the program offers education and workforce training, with the ultimate goal of connecting trainees to employers, said operations manager, Tina Polishchuk, Ed.D.

“Our goal is not just to have them complete an education program, it's really to get them employment,” Polishchuk said. “That is, something at a livable wage, where they can be independent and live on their own and be able to sustain a lifestyle that's not in poverty.”

For information on the Idaho Job Corps, visit labor.idaho.gov/dnn/job-seekers/idaho-job-corps.

For information on the Workforce Innovation and Opportunity Act youth and adult programs, visit labor.idaho.gov/dnn/wioa.

"It's been a year of surviving, just floating, making sure that I'm able to pay my bills and do what I can."