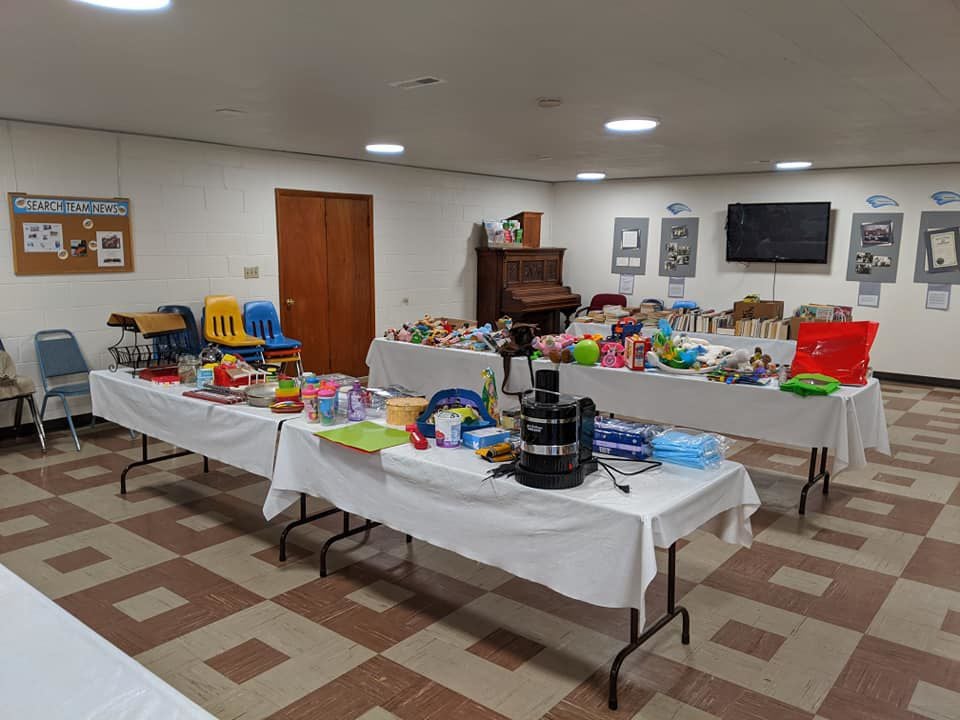 Buy Nothing Idaho Falls (East Side) hosted its first in-person giveaway in December. 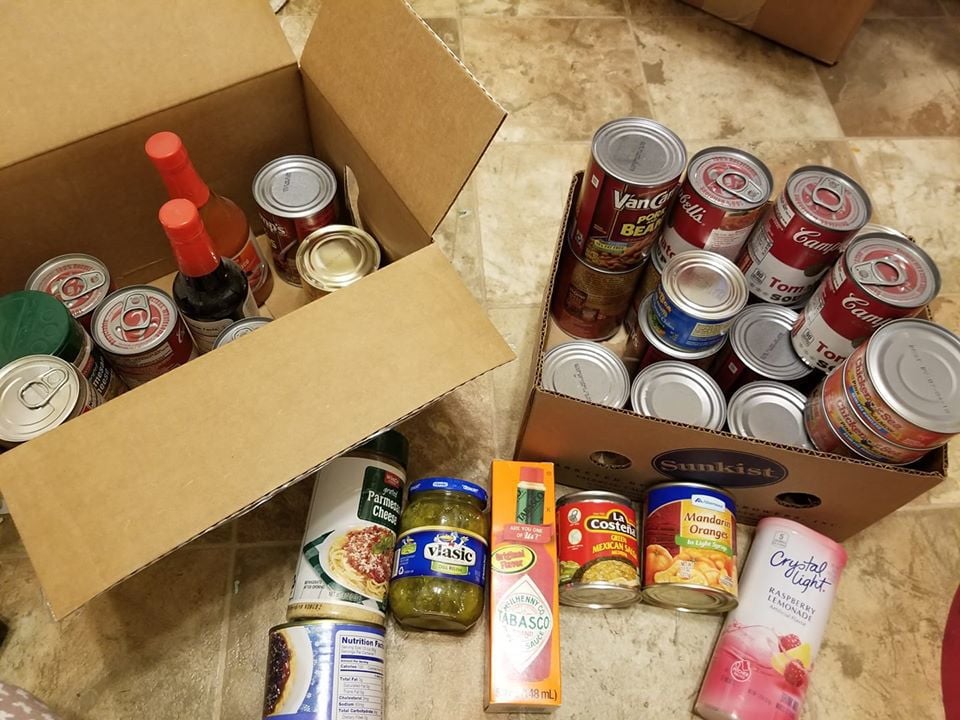 One Buy Nothing group member posted offering canned goods and other food items. 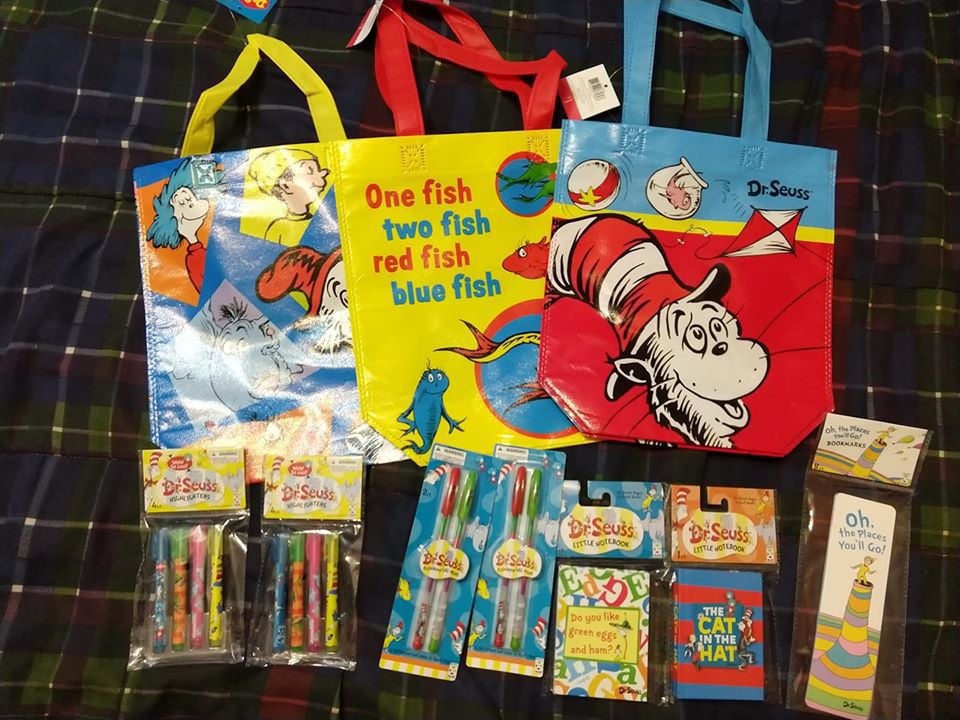 Buy Nothing Idaho Falls (East Side) hosted its first in-person giveaway in December.

One Buy Nothing group member posted offering canned goods and other food items.

Editor's note: Jamie VanDyke's place of employment was identified by the wrong name in the initial version of this article.

The premise is simple: If you need something, ask. If you have something, offer.

That’s the idea behind Buy Nothing, an international movement that encourages people to share the things they have with those around them. The project operates on the belief that we live in a society with too many things and not enough human interaction. Instead of throwing items away, Buy Nothing members believe in making sure there isn’t someone nearby who would like it. And when you need a new item, see if a neighbor has an extra, rather than immediately running out to buy it.

The Buy Nothing Project has more than 1.2 million participants in at least 25 countries, according to the website. Idaho has 29 groups across the state.

The groups operate through Facebook pages. Unlike larger online giveaway spaces, Buy Nothing is “hyper-local.” Even Idaho Falls is too big of an area. The city has been split into two Buy Nothing groups: one on the west side and one on the east side. South Boulevard serves as the dividing line. Ammon, Rigby and Rexburg all have their own groups as well.

Since it is volunteer-based, Buy Nothing is run by residents who create local chapters and offer to serve as Buy Nothing leaders. Jamie VanDyke, an Idaho Falls environmental health specialist who works with Eastern Idaho Public Health, is one such leader. She got involved three years ago after her neighbor told her about the group. VanDyke is now an administrator for the east side group.

“I have definitely gotten to know my community better. And what’s interesting is that these are people I would never have encountered without this group,” VanDyke said.

Fellow administrator Mandie Saunders agreed she too has gotten to know people around her through the group. In fact, she sees the human interaction involved in gifting to be just as important as the gift itself.

“I have lived here for 10 years and, up until I joined the Buy Nothing group, I didn’t really know anyone other than my husband’s family,” Saunders said. “Now, not only have I met some of my neighbors and other people in the community, I’ve made a few friends.”

Washington-state based founders, Rebecca Rockefeller and Liesl Clark, felt that other webpages, such as craigslist “free” listings and The Freecycle Network, were too often about trying to get rid of things. Buy Nothing seeks to focus on generosity and thinking of giveaways as “gifts.”

“At first I was nervous to post or reply. I didn’t want other members to think I was asking too much of them,” VanDyke said. “But I quickly learned that was the whole point. We’re supposed to rely on one another.”

Need a prom dress for the big night? You’re sure to find a member willing to offer to lend her daughter’s. Clothing, furniture, and books are common. Recent Idaho Falls gift offerings include an armchair, a digital camera and a 100-foot-long gutter. Other gifts include buckets of extra tomatoes, plums and apples from members’ gardens in warmer months. Asking to borrow hiking gear or a kindle for a weekend is normal too.

While some gifts on the Idaho Falls pages are large, others are simple.

“Does anyone here have a good vacuum cleaner we can borrow for today? We really only need it for a couple of hours. Ours is battery operated, and the battery has finally stopped charging,” VanDyke posted Monday.

Someone volunteered the use of their vacuum, while another member quickly offered an extra vacuum to VanDyke for the keeping. They made plans to meet up after work for the exchange.

“One might be inclined to think that nobody will want their used items, but in my experience, there has always been someone who can benefit,” VanDyke said.

The Idaho Falls pages are full of examples of times when something that would normally be thrown out is instead recycled to a neighbor.

“I have a trash bag full of freezer-burnt meat. Some cooked, some raw. Perfect for pet food but way more than my boys will eat. It’s out of the freezer so it needs to be picked up quickly,” wrote a member.

“My pups would love it!” responded another.

Occasionally, members will gift service rather than physical items. Saunders has seen neighbors on Buy Nothing help each other move and even recover from surgery.

Another aspect of Buy Nothing that stands out is the way gift recipients are chosen. Most buying and selling pages operate on a first-come, first-served basis. With Buy Nothing, if more than one person would like a gift, those interested can comment or message on why they would they should be chosen for the gift. In Idaho Falls, local chapters are fairly small, and the focus is on finding who could best benefit from an item. Buy Nothing Idaho Falls (East) has 146 members and Buy Nothing Idaho Falls (West) has 102 members.

“The thing that stands out to me the most is how I’ve come to love the principles of Buy Nothing. It’s easy to get caught up in the idea of getting free stuff. But at some point, without even noticing, you morph into a person who just wants to help their neighbors,” VanDyke said. “You want to be compassionate. You want to be understanding and generous. You let go of all the preconceived judgments and start loving people more. It’s quite amazing, actually.”