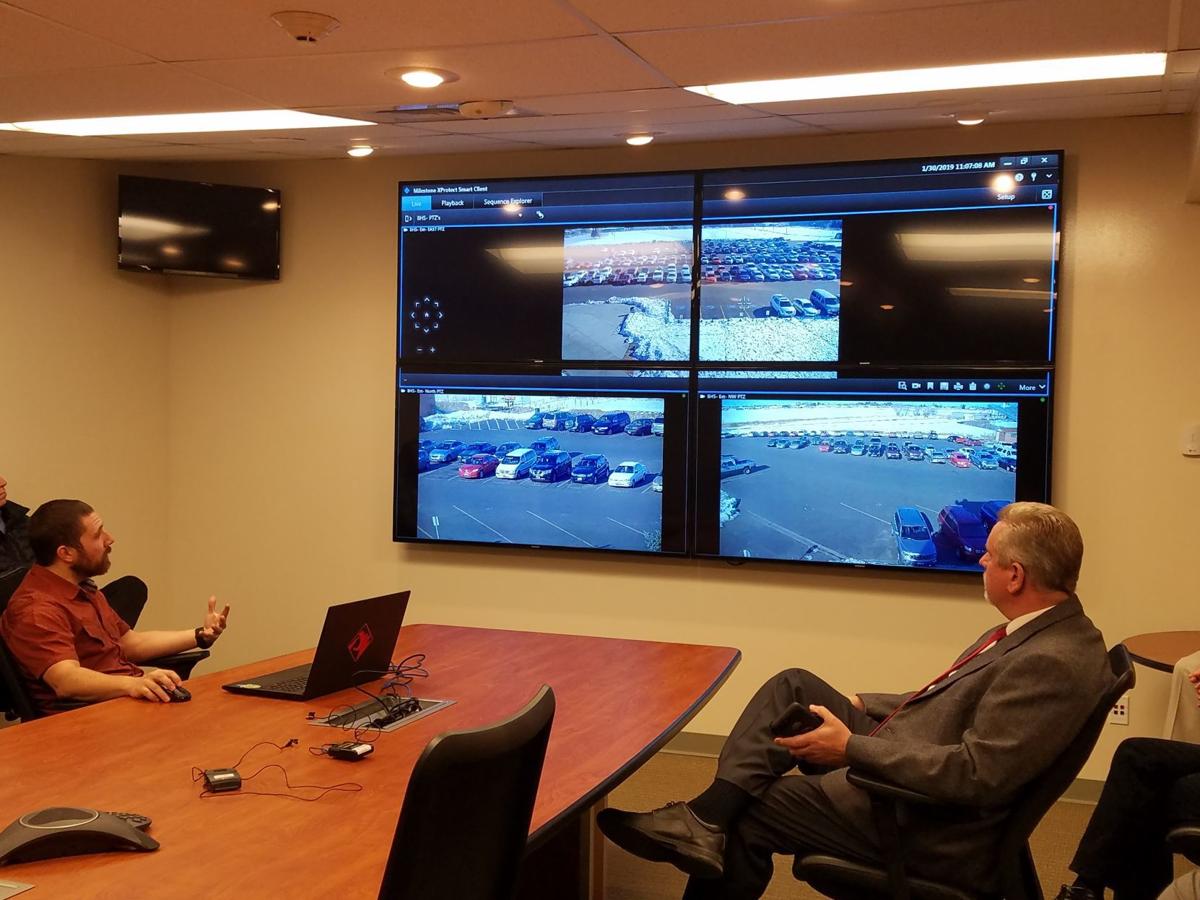 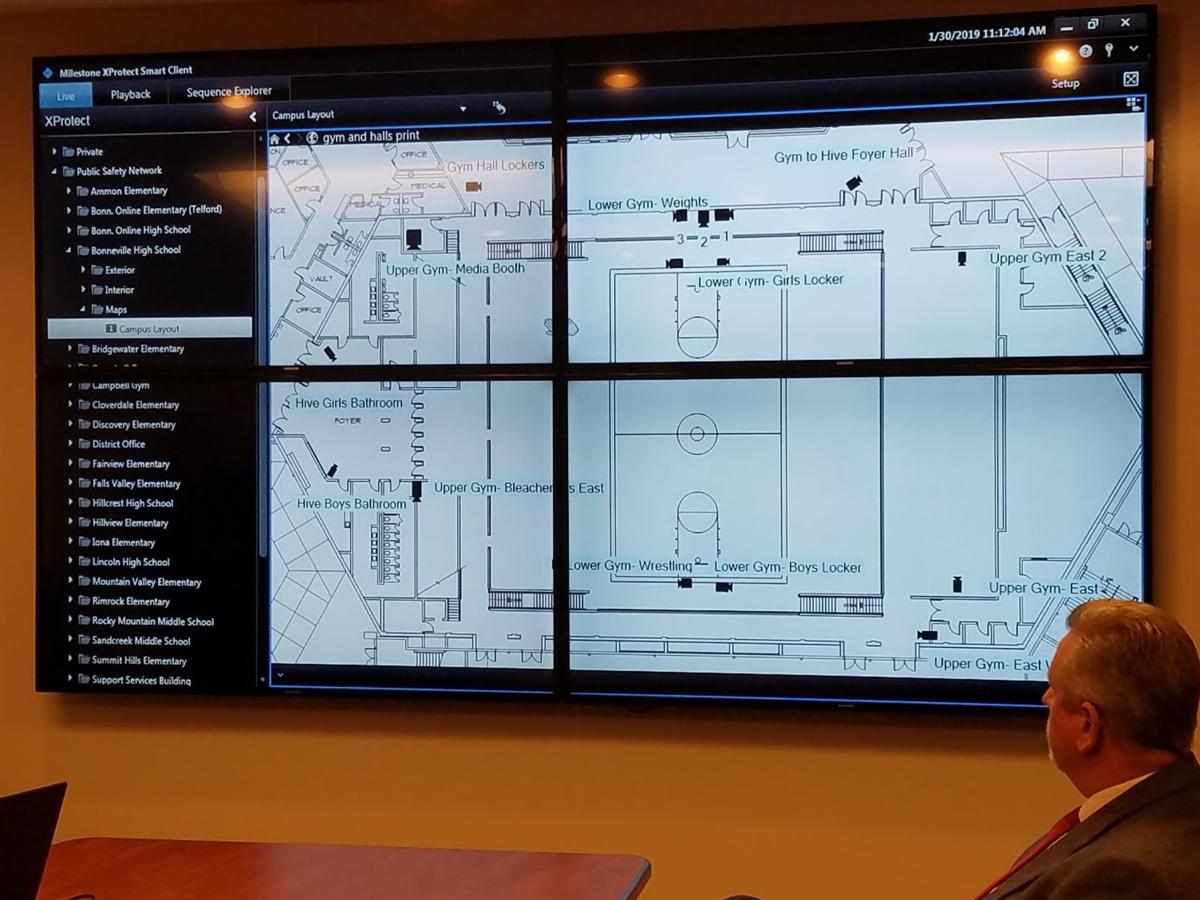 A blueprint of where the cameras in the Bonneville High School gym are located. School officials and county dispatchers now have access to cameras' feeds.

A blueprint of where the cameras in the Bonneville High School gym are located. School officials and county dispatchers now have access to cameras' feeds.

Representatives from the Bonneville County Sheriff's Office, Bonneville Joint School District 93 and the city of Ammon demonstrated the camera system Wednesday morning at the county 911 dispatch center. The system provides the dispatch with access to all 1,200 security cameras in the school district in the case of a life-threatening event that occurs on or adjacent to school property.

It took nearly two years of negotiations and meetings between the groups to set up the system, but there was virtually no additional cost to the parties or the county taxpayers to create the system. District 93 already had the camera system in place to monitor the footage within the district, Ammon's fiber network connected the cameras to the dispatch center through the College of Eastern Idaho and the dispatch computers were equipped to manage the footage once it came in.

"When we can sit down and talk, we can really make things happen. And that is exactly what is happening here," Bonneville County Commissioner Roger Christensen said.

School officials emphasized the need to balance the public safety aid for the students with their privacy concerns. District 93 will save up to three weeks of footage from the cameras at the district level, but emergency dispatch will not be able to save any video. The fiber line provides a direct connection between the two locations, meaning there no third party can access the feed.

Dispatch communications manager Andi Anderson said the staff was already being trained on how to use the system in the event something serious happens. Within a minute of a 911 call being placed from one of the district's schools, dispatchers will be able to pull up the handful of cameras covering the area in question and relay what they see to the officers.

"In an emergency situation there could be a lot of calls coming in rapidly and we will know quickly if that call is in proximity to the schools," Anderson said.

During the press conference, school district camera supervisor Andrew Bodily demonstrated the range of cameras and locations covered by the security system. Many of the locations on school grounds are covered by standard security cameras, but the district also uses pan-tilt-zoom cameras that can identify license plates from across a parking lot and overhead cameras that provide a 360-degree look into certain rooms.

"It's still a work in progress but we will keep dialing it in more as we work with it," Bodily said.

Although the system was just officially activated, Ammon officials already have been contacted by schools in other states asking about the cooperation and the fiber line. Idaho Falls School District 91 also had a representative at the meeting to begin looking at expanding the technology into their district.

Officials also have started looking into the future of the camera setup for the officers. The dispatch office eventually could have a screen dedicated solely to the feed from the district or remotely share the footage with the tablets and computers that the police bring with them to the scene. Matching the cameras with more precise locations on where 911 calls come from could also automatically pull up feeds as soon as a call is made.

"The whole idea is to give the officers the best information and offer the public the best safety," Hulse said.