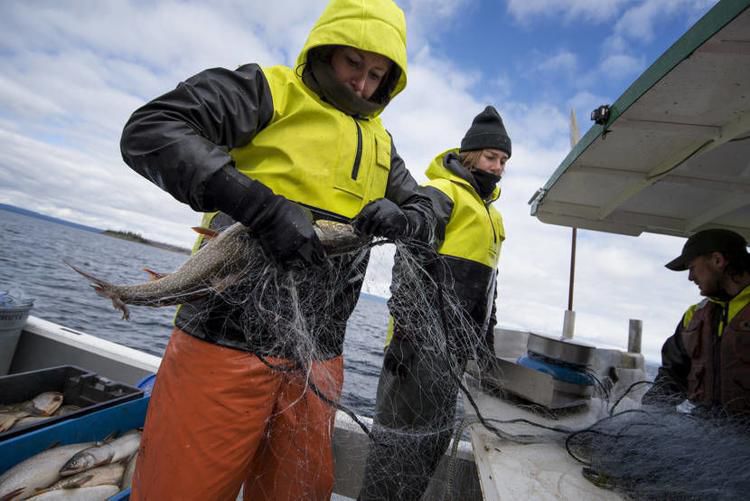 Taylor Preul and Megan Davenport, Montana State University grad students, empty nets near a spawning site on Yellowstone Lake in Yellowstone National Park in 2017. The Yellowstone Cutthroat Conservation team is working to rid the the lake of invasive lake trout. 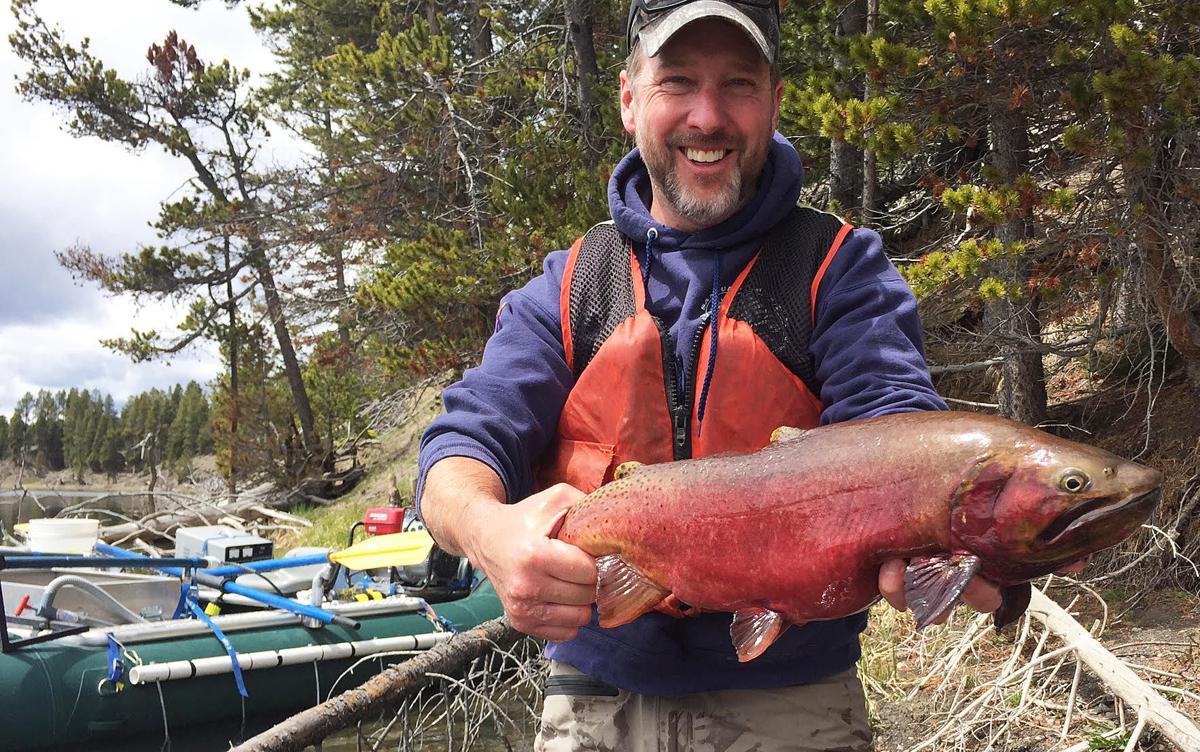 Cutthroat spawn in the Lamar Valley in Yellowstone National Park.

Taylor Preul and Megan Davenport, Montana State University grad students, empty nets near a spawning site on Yellowstone Lake in Yellowstone National Park in 2017. The Yellowstone Cutthroat Conservation team is working to rid the the lake of invasive lake trout.

Cutthroat spawn in the Lamar Valley in Yellowstone National Park.

For years now, the prevailing line of thinking is that if you kill all the nonnative lake trout in Yellowstone Lake, the native cutthroat trout will make a comeback.

But one Montana scientist says Yellowstone National Park’s cutthroat trout have another foe affecting the population that park fisheries biologists can do little to combat: climate change.

The cutthroat trout in Yellowstone National Park’s largest lake are survivors. But a “perfect storm” combining three challenges, a 1,2,3 punch — lake trout predation, whirling disease and climate change — hit during the early 2000s and sent the iconic fish into a tailspin.

Bozeman, Mont., scientist Lynn R. Kaeding said in a recently published paper that the climate change challenge has been downplayed and is still an ever-present threat to the fish and could be as important to the cutthroats’ survival as killing ravenous nonnative lake trout.

Kaeding, who worked for U.S. Fish and Wildlife Service for the park in the early 1990s began tracking the demise of Yellowstone Lake cutthroat numbers before the arrival of lake trout.

At first, the decline was attributed to angler harvest. In the 1960s and early 1970s, anglers could keep trout caught in the park. But after harvest was eliminated, numbers continued to decline. When Kaeding’s Fish and Wildlife fisheries team discovered nonnative lake trout in 1994, it “created an 'ah-ha’ moment for many people,” he said. “For them, the immediate explanation for the (Yellowstone cutthroat) population decline was lake trout predation.”

But according to the park’s fisheries program leader Todd Koel, lake trout numbers didn’t explode until the early 2000s. One example of the cutthroat decline can be seen in the spawning numbers at Clear Creek, a tributary stream to Yellowstone Lake. In 1978, the creek had 70,000 spawning fish. In 2007, the number fell to 538.

Several successive drought years hurt the trout in two ways. Important nursery streams feeding into Yellowstone Lake dropped in flow to the point that juvenile fish had difficulty migrating into the lake past gravel bars where streams meet the lake. And, secondly, low stream flows made for prime whirling disease conditions.

“There are three things that basically brought the cutthroat to their knees between 2000 and 2010 or so,” Koel said. “It was drought effects — spawning streams disconnected from the lake... then whirling disease completely eliminated the cutthroat in Pelican Creek, one of the largest tributaries of the lake. … and lake trout are a constant never-ending year after year.”

Whirling disease is a parasite that burrows into a fish’s head and causes them to swim in a circle which kills them. The parasite is most prevalent during certain times of the year.

At one point, Pelican Creek produced so many trout, a hatchery was established and eggs were collected and shipped around the country. "(Whirling disease) just devastated that and also the river downstream from Yellowstone Lake and in Hayden Valley,” Koel said. “That was in the early to mid-2000s.”

Since that time, the trout have adapted, “You can think about it as natural selection in real time,” Koel said. Trout that spawned during times when whirling disease wasn’t prevalent, survived and their population moved on, while other populations died off.

“Lake trout increase was 90,000 fish per year between 2000 and 2010,” Koel said. “Each lake trout can consume 40 to 50 cutthroat a year every year, that's why with every one of those we kill, we are stopping that predation through that fish’s life. For a lake trout that could be 30 or more years. They are super long-lived. That's where they win.”

Koel said the main reason park fisheries biologists focus on the lake trout threat over all others is because it’s the only thing people can do something about. The park spends more than $1 million a year on gillnetting operations to kill lake trout and is developing other methods of killing the fish’s eggs in its spawning sites.

“I agree that we can 'do something' about lake trout and little about the effect of climate,” Kaeding said. "But climate dictates the ultimate ceiling for the Yellowstone cutthroat population. If climatic conditions do not become more favorable for cutthroat reproduction, the population can increase only up to that climate-imposed ceiling.”

Park biologists have considered mechanically opening up gravel bars where streams flow into the lake during dry years to aid migrating fish.

Koel said the park’s gillnetting efforts to suppress lake trout didn’t start paying off until 2012. Lake trout numbers stopped increasing and in recent years has started to decline. In the future, the park hopes to crash the lake trout population and hold it there.

While park fisheries biologists are waging their battle, the cutthroat are adapting and making a small comeback. The size of the individual trout has increased.

“The size and weight has shifted,” Koel said. “The average weight of an 18-inch or 20-inch cutthroat is twice what it was in the 1980s. It's unbelievable. The fish are huge and beautiful.”

Koel said the beefier fish are better able to survive the gauntlet of lake trout and thrive swimming to distant spawning sites, particularly in the Thorofare-Two Ocean Pass area between Yellowstone and Grand Teton National Parks. In recent years, the resurgence has attracted fishing guides back to the area.

“I was in there last year myself all the way up and camped on Two Ocean Pass for a week,” Koel said. “You can’t believe it, they’re like salmon in there. Stacked up in these streams all the way to the top of Two Ocean Pass. It's phenomenal. I’m pretty sure that’s where the majority of our recruiting cutthroat are from. That's their origin. ... The cutthroat migrate maybe 30 miles into the backcountry there and spawn, then return to the lake."

For more information on Yellowstone cutthroat trout and a video on the subject narrated by Todd Koel, go to www.nps.gov/yell/learn/nature/yellowstone-cutthroat-trout.htm