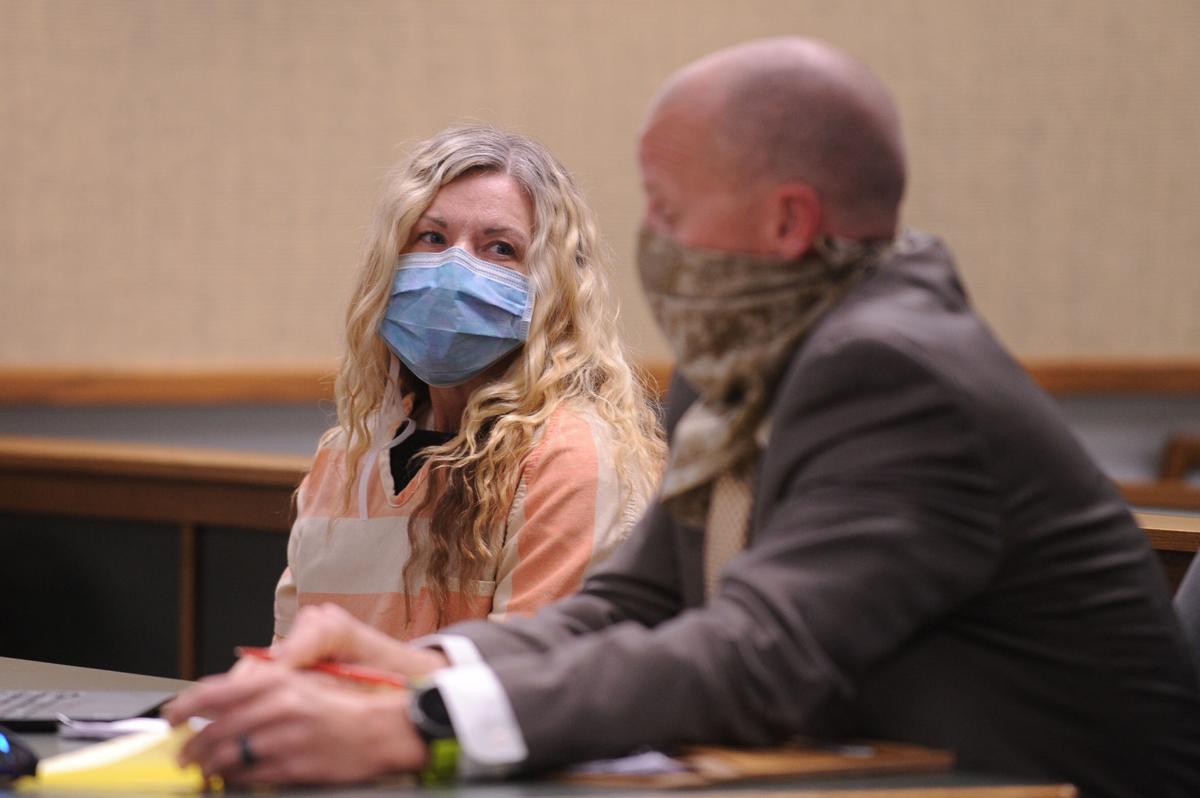 FILE-Lori Vallow appears in court with defense attorney Mark Means for her second bond reduction hearing at the Madison County Magistrate Court in this Friday, May 1, 2020 file photograph. On Thursday, Means filed a motion for the trial to be transferred to a new location. 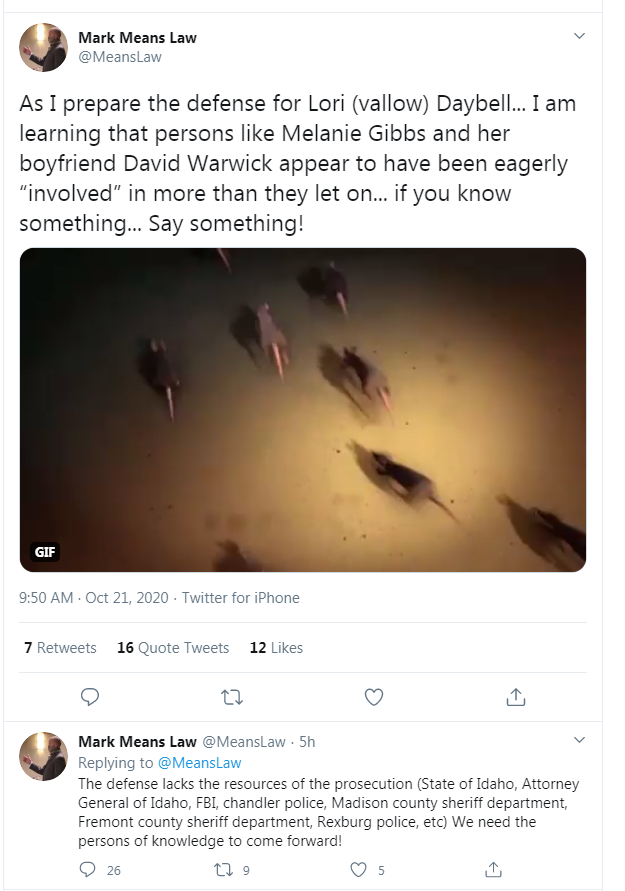 Chad Daybell’s hearing has been rescheduled to November, according to new court records. Daybell’s attorney John Prior said the postponement was “because the parties just recently received the preliminary hearing transcript and additional time is needed to review said transcript and prepare their respective briefs.”

The hearing will now begin at 9 a.m. on Nov. 24 at the Fremont County Courthouse. It was originally set for Oct. 29. It will address Prior’s motion to dismiss the case against his client.

A hearing to discuss combining Daybell’s trial with his wife Lori Vallow’s is still set for 10 a.m. on Oct. 29 at the Fremont County Courthouse. Prior has objected to a combined case due to fears of increased media attention. Vallow’s attorney Mark Means has filed documents saying he has no objection.

On Wednesday, Means wrote two tweets about the case.

“As I prepare the defense for Lori (vallow) Daybell... I am learning that persons like Melanie Gibbs and her boyfriend David Warwick appear to have been eagerly ‘involved’ in more than they let on... if you know something... Say something!” Means wrote. He accompanied the tweet with a gif of running rats.

Gibb has been described as a close friend of Daybell and Vallow. She hosted a religious podcast with Vallow on which Daybell was a frequent guest. Gibb and Warwick had visited Vallow in Rexburg in the fall of 2019 and were the last confirmed people to have seen Vallow’s son, 7-year-old J.J. Vallow, alive. Gibb was also the person Vallow and Daybell called after Rexburg police had conducted a welfare check on J.J. The couple reportedly asked her to lie to police and say that J.J. was in Arizona with her.

Efforts to reach Means for comment Wednesday were unsuccessful.

Vallow and Daybell face felony charges relating to the cover-up of the deaths of Vallow’s minor children. The remains of J.J. and 16-year-old Tylee Ryan were found buried in Daybell’s backyard in Salem in June. The couple faces charges for conspiracy to commit destruction, alteration or concealment of evidence. Daybell is facing two additional felony charges for the destruction, alteration or concealment of evidence. Each count carries a punishment of up to five years imprisonment and/or up to a $10,000 fine.

The couple is also under investigation for the October 2019 death of Daybell’s first wife, Tammy Daybell. Vallow and Daybell married 17 days after Tammy, his wife of 29 years, died in her sleep under what police have called suspicious circumstances.

Vallow is under further investigation for her involvement in the deaths of her third husband, Joseph Ryan, and fourth husband, Charles Vallow.