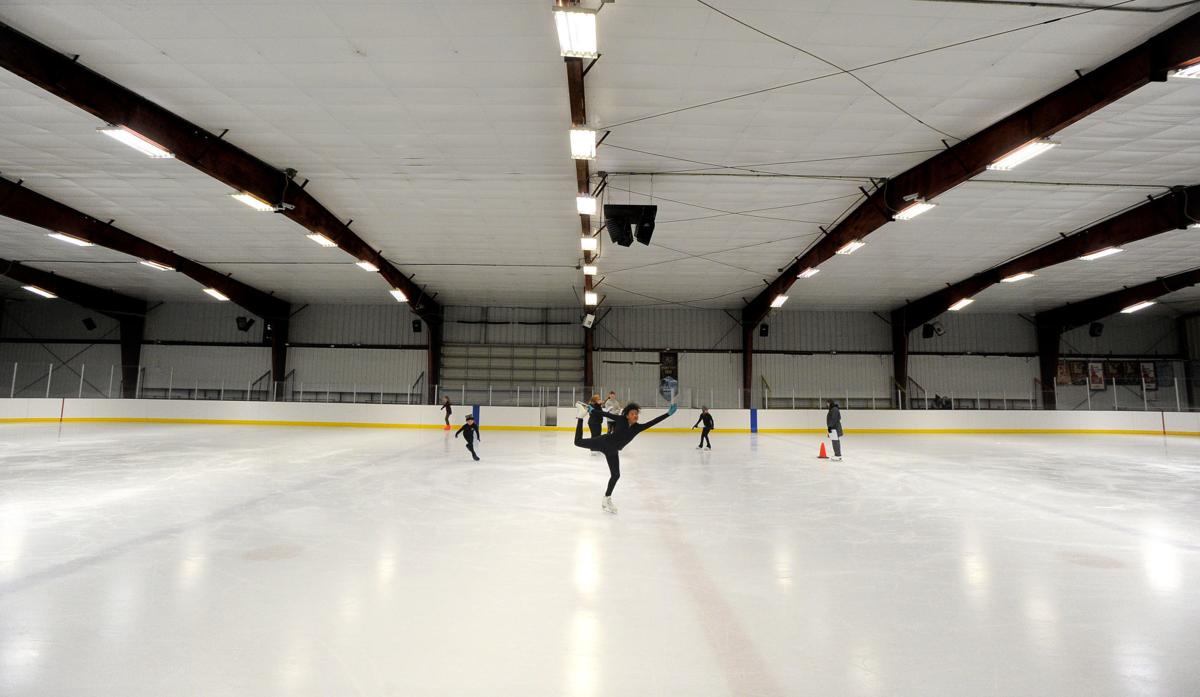 The Joe Marmo / Wayne Lehto Ice Arena in Tautphaus Park has groups and skate times scheduled from 5:30 a.m. to 11:45 p.m. on most weekdays. 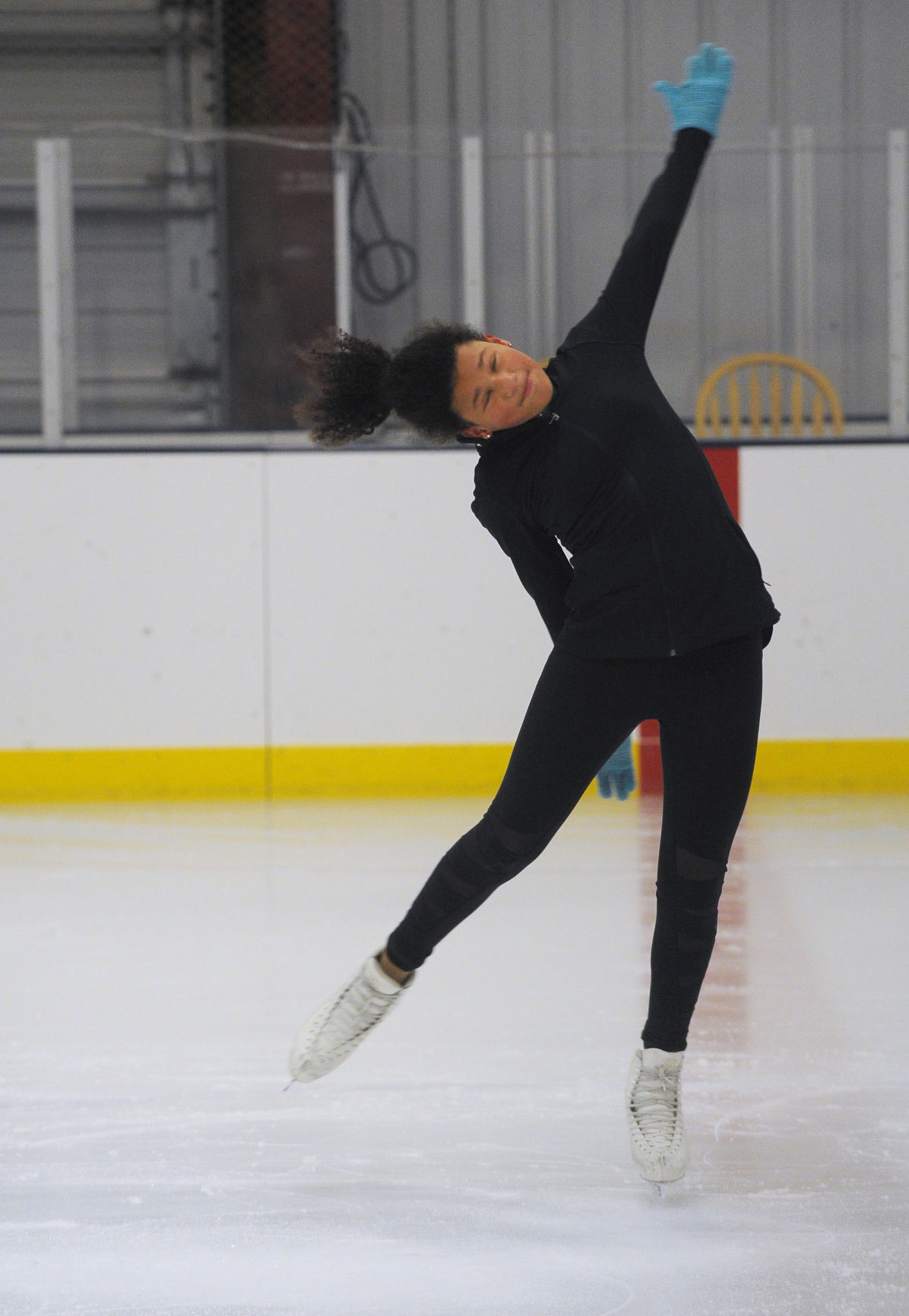 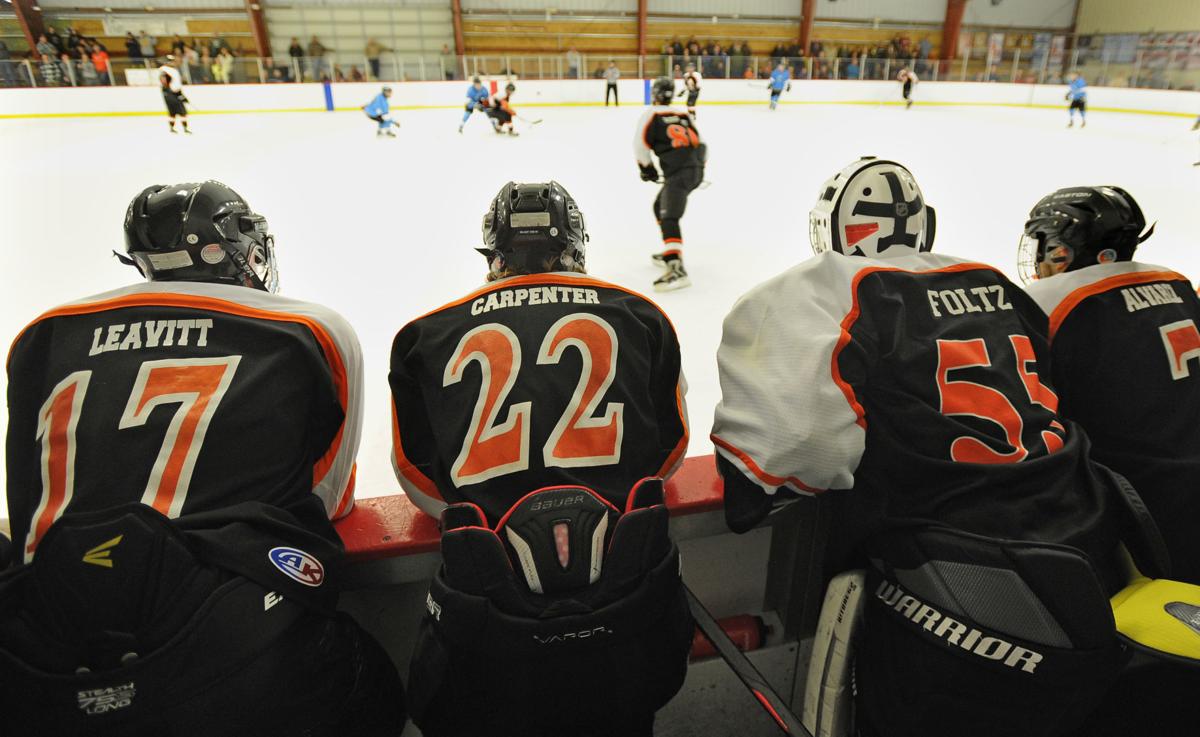 The Joe Marmo/Wayne Lehto Ice Arena has a high demand for ice time. The facility is often open from 5:30 a.m. to 11:45 p.m. to accommodate the various groups.

The Joe Marmo / Wayne Lehto Ice Arena in Tautphaus Park has groups and skate times scheduled from 5:30 a.m. to 11:45 p.m. on most weekdays.

The Joe Marmo/Wayne Lehto Ice Arena has a high demand for ice time. The facility is often open from 5:30 a.m. to 11:45 p.m. to accommodate the various groups.

Skating at the Joe Marmo/Wayne Lehto Ice Arena begins at 5:30 a.m. on most weekdays with practices for youth hockey travel teams, which range in age from 11 to 18 years old. It ends no earlier than 10:15 at night, with some games in the adult hockey league scheduled to finish as late as 11:45 p.m.

“Ice is a hot commodity out there,” said Collin Himmelstein, president of the Idaho Falls Adult Hockey League. “If we were able to get earlier ice time, we could double in size because there are a lot of guys working at the (Idaho National Laboratory) site who cannot commit to the later games that we have.”

Skating groups across Idaho Falls are growing concerned that demand for the ice arena is outpacing its current capacity. During the six months that the Lehto Ice Arena is open for skaters, the schedule is packed with groups competing for time on the ice. When it closes for the season in early April, the two closest year-round skating rinks for children trying to keep their skills sharp are in Sun Valley and Ogden, Utah.

Over the last few months, the Parks and Recreation Commission has sought feedback from user groups about what they’d like to see in the city for its comprehensive plan. Members of the Idaho Falls Youth Hockey Association, Figure Skating Club and Adult Hockey League said the limited hours available at the arena have hindered participation in their programs and they asked the department to look into establishing a second sheet of ice or a year-round rink.

Olivia Yasaitis began skating when she was 3 years old and joined the Idaho Falls Figure Skating Club soon afterward. Now 11, she spends at least three hours a week at the Marmo/Lehto Ice Arena when it’s open during the winter.

“It’s a great place to have because so many places don’t have rinks. I just wish it was year-round,” Olivia said.

Parks and Recreation Director P.J. Holm said that one of the requirements of a Bureau of Reclamation grant used to build the ice arena in 1984 was that it had to be a multi-purpose facility. The maximum time it could be used as an ice arena was six months. While the arena is more popular during the winter than as a summer event center, Holm doubted the building could support ice during the summer.

“The insulation is a problem. We already struggle in October and March to keep the ice going in good shape because it’s so warm outside,” Holm said.

The size of the Figure Skating Club has remained fairly consistent over the year at around 25 members even as the hours available for practice have whittled away. Elena Manwaring, club president, estimated that the club had gone from 116 hours of dedicated ice time during the skating season a few years ago to around 60 this year.

John Rifelj, president of the Idaho Falls Youth Hockey Association, said his 25 teams had lost a total of five hours of practice each week. He said the students on the travel teams come in knowing they have no choice but to practice first thing in the morning but still hoped that expanded hours or a second year-round rink could benefit all the skating groups.

One of Olivia’s friends dropped out of skating because of the travel and coaching cost to keep practicing during the summer, but Liz Yasaitis regularly drives her daughter to Sun Valley to skate during the summer. Liz said the limited seasons affect not just competitive skaters like Olivia but anyone who would be interested in joining the clubs.

“Right now there’s a Catch-22 because we need more ice time, but you need more people to pay for the ice now to get that. And many people don’t want to join and pay because the ice times aren’t beneficial to them,” Yasaitis said.

For some skaters, that move away from Idaho Falls has been permanent. Shelley native Mathew Graham earned sixth place at the 2017 U.S. Figure Skating Championships and his banner hangs in Lehto Ice Arena, where he had first started training as a competitive skater. He estimated that the summer trips to skate in Sun Valley and Ogden cost him four times as much as he paid for winter skating at the Joe Marmo/Wayne Lehto Ice Arena.

After graduating high school months before the competition, he decided that moving to Ogden full-time would be the best option to finish his training.

“My intention was to take my skating really seriously, and that’s not the mindset in Idaho Falls because of the lack of resources,” Graham said.

Public support for new ice is limited compared to other parks projects. The RECreate Idaho Falls community survey sent out by the department in 2018 found that adding a second sheet of ice to Tautphaus Park had 44 percent support, while improvements to the walking paths and Tautphaus Park Zoo had more than 75 percent support.

Only 8 percent of survey responses rated the second sheet of ice as one of their top funding priorities and allocated it the least funding of the city’s seven biggest facility changes. Holm said that previous estimates for adding a second sheet of ice ranged from $6 million to $11 million.

This year, the Ice Arena added extra hours set aside specifically for preschoolers, home-schooled children and adult-only practices. Figure skaters and hockey players who want a little more time to practice on the ice can share hours, splitting the rink in half between groups, or attend the public skating hours during the week.

Both options limit practices, either because the ice quality is inconsistent or the number of less experienced skaters makes it risky to practice some moves.

“When it’s just us on the ice, we know where to skate. We know which people are doing jumps and need space. In the public skate it’s too chaotic for that,” Olivia said.

A permanent change could come eventually through to the Mountain America Center. The event center being built by the Idaho Falls Auditorium District would be home to a minor league hockey team and could host practices for clubs when the floor is not converted for concerts, conferences and other events.

Construction on the event center hasn’t yet begun since the auditorium district was formed in 2011 and Manwaring said her club was hoping for a more immediate solution.

“That doesn’t do anything for us right now. It won’t help until the center is done and ready to open,” she said.

Holm said the department plans to help this year by expanding the options available for outdoor skating. In addition to the ice ribbon that the city creates in Tautphaus Park, there will be one sheet available in Sunnyside Park and one on the west side of the city. The outdoor sheets, which are dependent on consistent cold temperatures, can stay open from Christmas until some time in February during most years.