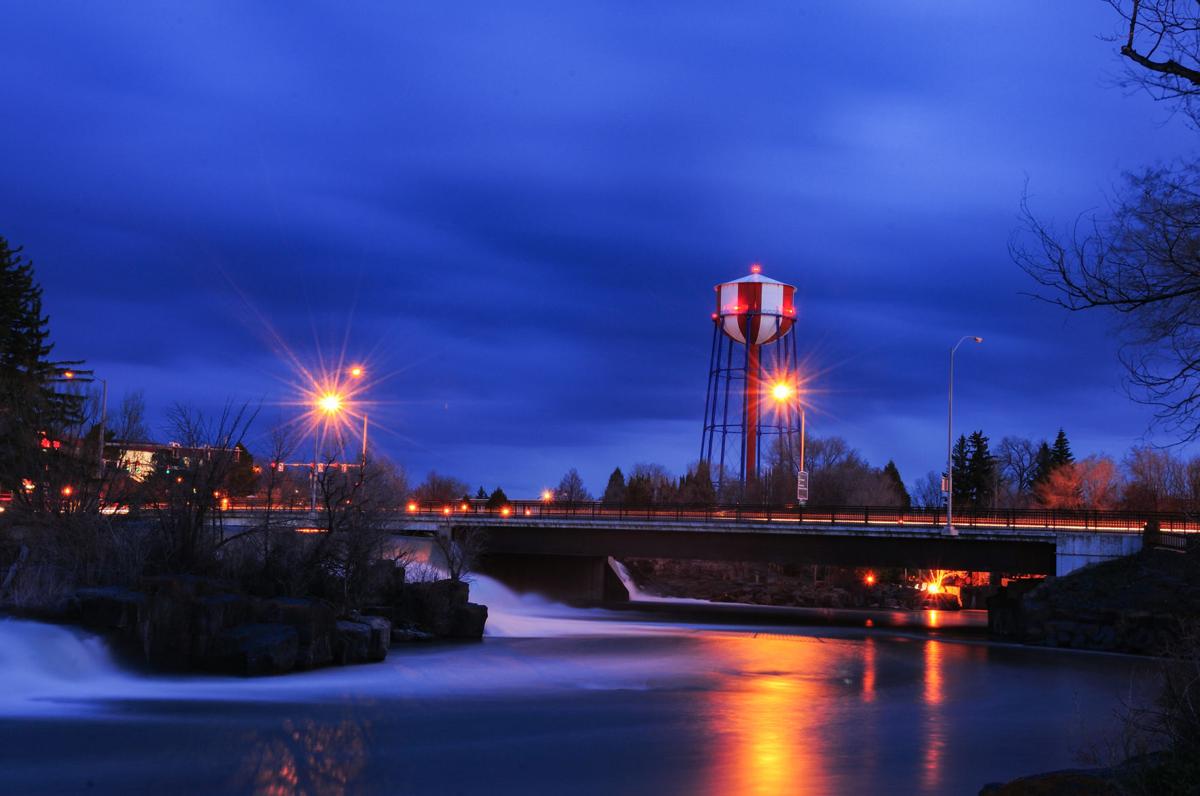 An evening picture of the Idaho Falls water tower from September 2019. 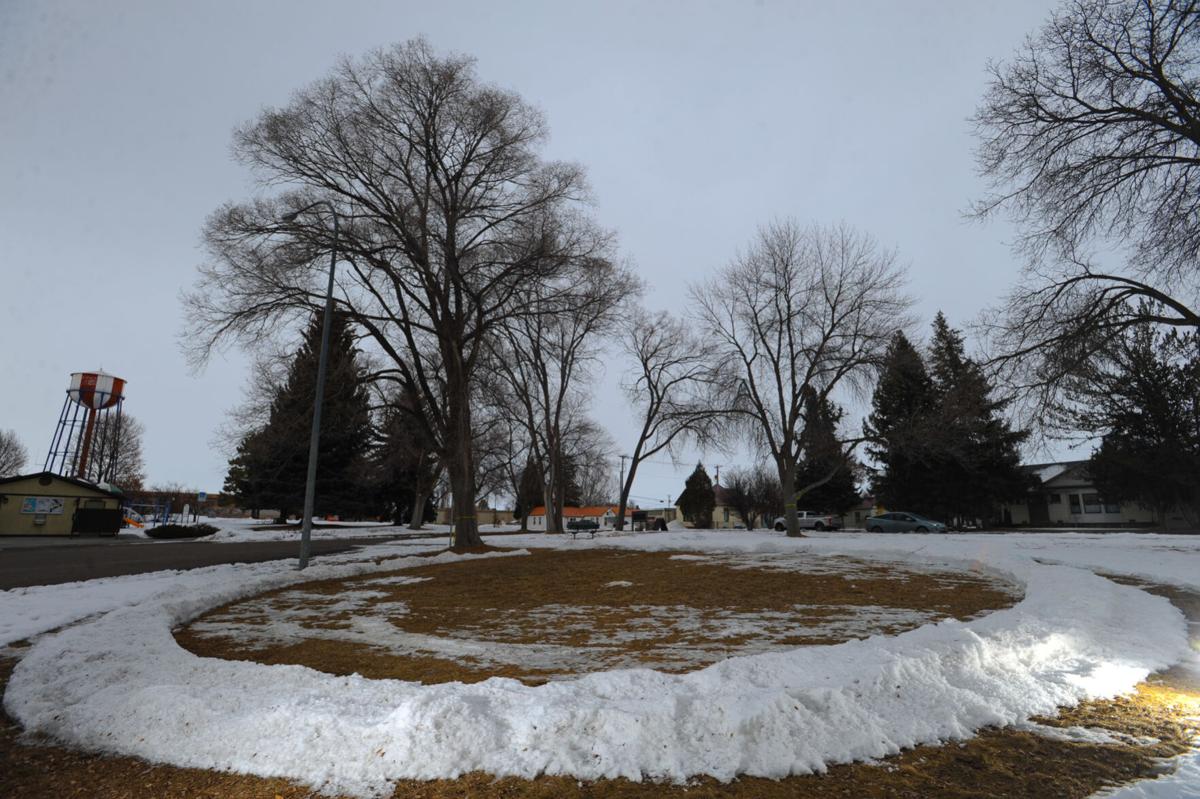 A proposed site for the new water tower is seen at Capital Park-South on Thursday, Feb. 25, 2021. 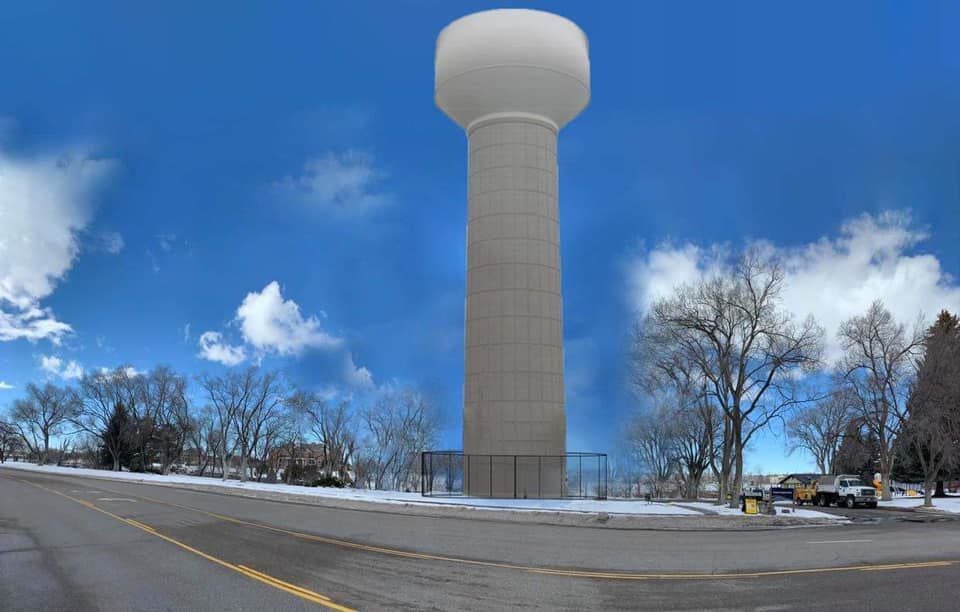 An evening picture of the Idaho Falls water tower from September 2019.

A proposed site for the new water tower is seen at Capital Park-South on Thursday, Feb. 25, 2021.

A circle outlined in the snow in Capital Park-South marks the site of renewed debate over the future of the Idaho Falls water tower.

David and Renee Morgan have lived directly across Capitol Avenue from the park for four years. The Morgans knew the site was one of the three possible locations for the city’s next water tower and had attended public hearings last March to speak against placing the tower there. But until two weeks ago, they didn’t know the city had long since made its official decision.

Idaho Falls City Council had voted to approve the location in Capital Park during a May work session. On Thursday, the Board of Adjustment held a conditional-use permit hearing to decide on allowing the water tower site to continue forward. The permit will allow construction in a city park and within 75 feet of the Snake River.

The Morgans became active on the issue. David Morgan walked through the site with water superintendent David Richards. He outlined the 75-foot wide circle that the water tower and fencing would need, along with the five nearby trees that would be cut down. He held a rally in the park last Sunday and created the Water Tower Relocation Facebook group, which has more than 400 members.

“Most of the activity in the park occurs right in this area,” Morgan said, gesturing around the circle on Thursday afternoon. “They’re not interested in walking around this big monstrosity.”

The City Board of Adjustment meeting was filled with two hours of public input. Park advocates said the city hadn’t done enough to reach out to those outside the business community and argued that the location violated the Land and Water Conservation Fund. Local businesses, in turn, said any other site would hurt them with temporary construction traffic and long-term loss of parking spaces.

“I’m not happy that this is going on the greenbelt,” said Hallie Kane, owner of the Vogue Beauty Salon. “But to me, I feel it’s the difference between enjoying a piece of the park and affecting businesses.”

The Board of Adjustment decided to delay the official vote on whether to approve the water tower location in the park until March 11. Board member Ron Johnson made the motion, saying it would give the board time to review all the late-arriving public comment and individually deliberate before voting on the permit.

History of the water tower discussions

Idaho Falls’ red, white and blue water tower has dominated the city skyline since 1937. The city announced in April 2019 that the tower was going to be taken down and replaced with a newer version. A water system analysis found the tower was rusting and not up to current earthquake code, while a new tower could hold double the amount of water.

A secondary location was needed so the current tower could remain in place during construction. The city wanted to keep the tower near the current well it pulls from and decided to use city-owned land instead of purchasing private property.

“We decided against that so the (private land) could go into the possible redevelopment of downtown and the areas south of Cliff Street,” Idaho Falls Public Works Director Chris Frederickson said.

Frederickson disputed concerns that the city had not gotten representative public input. He said that public comment on the water tower had been open for nearly a year, ever since the initial announcement of the water tower’s replacement. By the time the decision was presented to the city council in May, the city had received 86 written comments or emails.

Angella Farmer moved into the Cliff Street area, between the local businesses and Capital Park, last year. Farmer said she was interested in the developments that had been discussed for that part of Idaho Falls. But the access to the Idaho Falls River Walk was one of her major reasons for moving to that part of town, and she had visited the park several times a week over the summer with her friends or her dog.

“I think if they had a sign up since May that said, ‘Future site of water tower,’ they would have had a lot more people take interest and take action. That would have been an easy thing to do,” Farmer said.

The majority of comments from the in-person hearings on the water tower last February did not relate to a specific site. Instead, most of the feedback to the city was that nearby residents wanted the least impact to parking.

Kane’s mother opened Vogue Beauty School in the late 1950s and operated on Cliff Street for years. The school currently has 70 employees and students, with plans to expand its classes next year. Kane said that parking may look more available now, while Vogue and other businesses are still not at full capacity, but even losing 13 spots could have a major impact.

“A lot of our clients are over the age of 65. They come in with walkers or they need canes. And if they can’t easily get into the building, they will take their business somewhere else,” Kane said.

‘Ask for forgiveness after the fact’

Miyai Abe Griggs was surprised at how easily the tower could be placed in the park. As the executive director of the Art Museum of Eastern Idaho, she had spent years getting permission to build a south wing in a location right next to the proposed water tower site.

“The general sensation I got was that they knew it was out of compliance, but they were going to go ahead and build it and ask for forgiveness after the fact,” Griggs said.

Capital Park was purchased through the federal Land and Water Conservation Fund decades earlier. Using the park for anything other than green space puts the city out of compliance with the funding deal and such development is typically mitigated by establishing equal green space somewhere else within the city.

Frederickson said that as the city officials looked at building in Capital Park, they discovered the city was already out of compliance in several other locations that used the Land and Water Conservation Fund. He said that the relatively small footprint of the tower and the public comment led to the decision to continue with the park location.

“We were told that we would just need to add it into the other mitigation needs,” Frederickson said.

If the Board of Adjustment approves the permit for the park on March 11, construction on the tower is scheduled to begin in the spring of 2022. If the permit is denied, Frederickson said the department leaders would regroup and consider the best path forward.

While the time for public input on the location of the tower is essentially closed, Frederickson said the city would continue to talk to the public about the potential design of the tower and improvements to Heritage Park. For example, each tree taken down to build the water tower will be replaced with three others by the Parks Department.

Griggs said she didn’t have a strong preference between the three sites. All three were near the museum and would affect it to some degree during construction. She agreed that the business owners had been more vocal and organized in getting their thoughts on the water tower submitted last year.

“This is a structure that is going to be here forever. Regardless of the outcome, I think it’s important for people to feel like they can voice their opinions,” Griggs said.

An online petition to keep an oft-photographed Idaho Falls water tower from being torn down and replaced has passed its 500-signature goal.