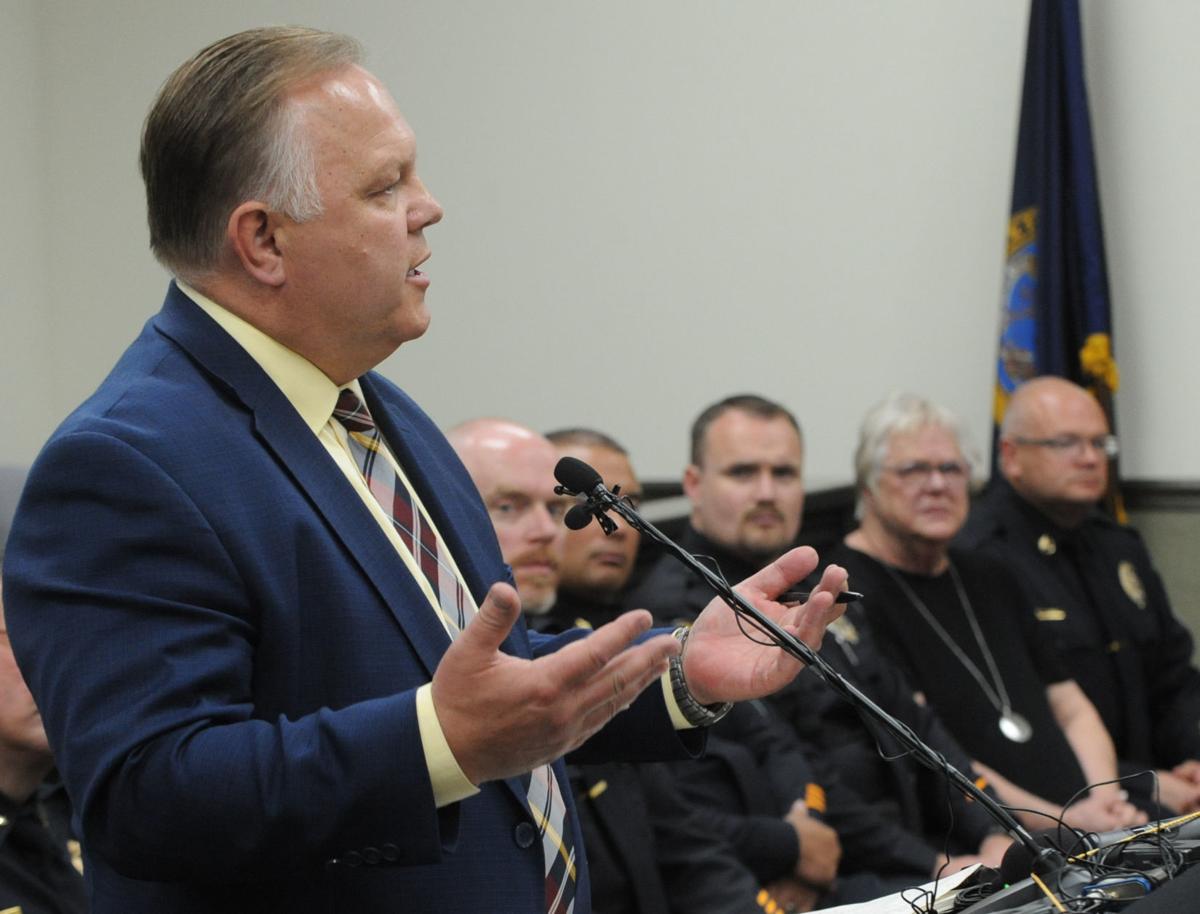 The Idaho Falls Police held a press conference May 17 where they announced the arrest of Brian Leigh Dripps for the murder of Angie Dodge in 1996. Brent Dodge announce he was raising funds for the 5 for Hope program at the press conference. 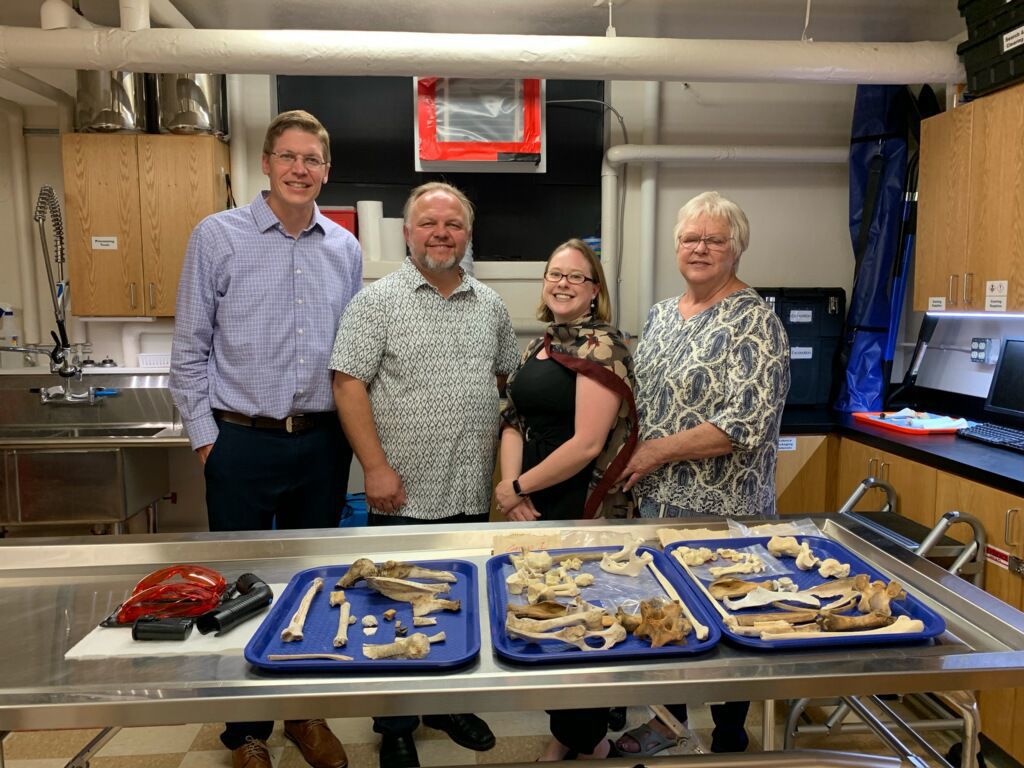 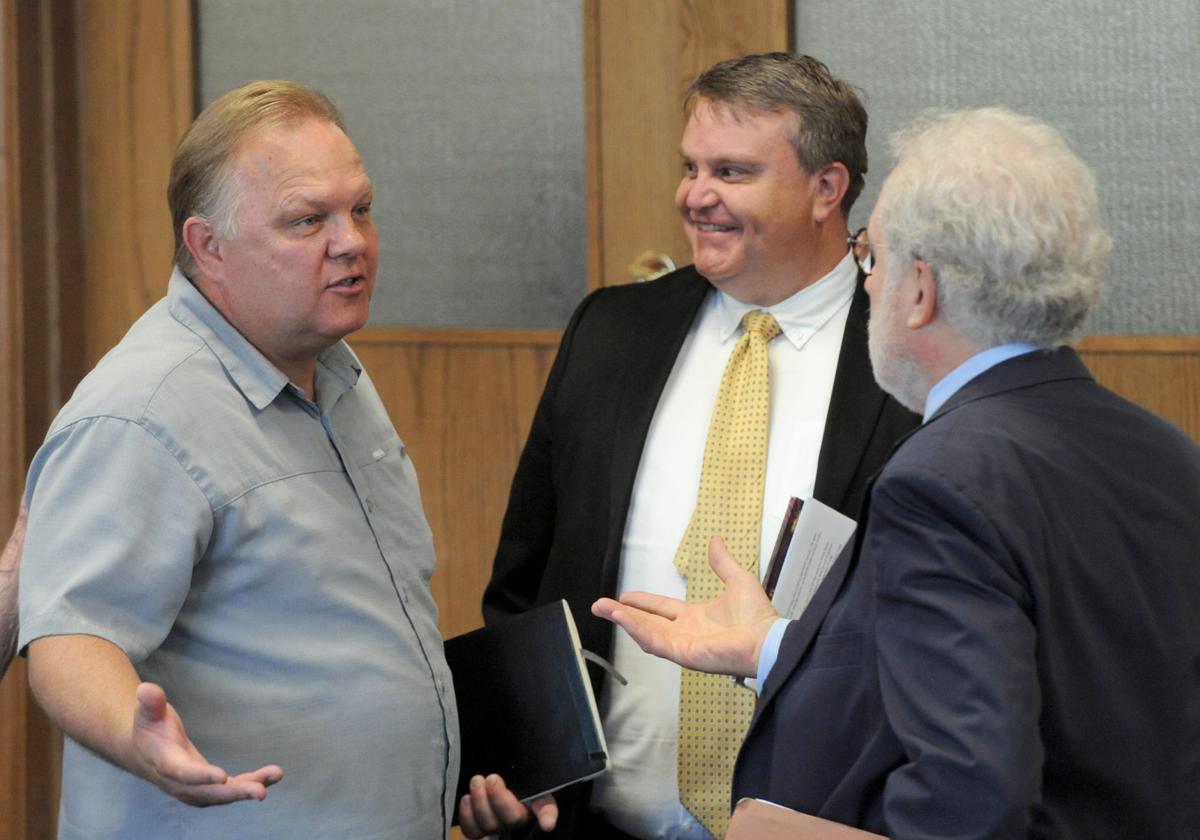 Chris Tapp’s murder conviction was vacated July 17 during a hearing at the Bonneville County Courthouse.

The Idaho Falls Police held a press conference May 17 where they announced the arrest of Brian Leigh Dripps for the murder of Angie Dodge in 1996. Brent Dodge announce he was raising funds for the 5 for Hope program at the press conference.

Chris Tapp’s murder conviction was vacated July 17 during a hearing at the Bonneville County Courthouse.

Getz runs the university’s forensic anthropology lab and works with law enforcement agencies throughout Idaho and Utah to examine remains believed to be human and to help in their efforts to identify their remains and, when possible, to bring closure to families who never knew what happened to the loved ones.

While she works for free, the tools of her trade are not. Many of the supplies she uses in an investigation can only be used once. That’s why she’s particularly pleased to have received a donation from the Angie Dodge 5 for Hope fund.

The Angie Dodge 5 for Hope has made its first donation in its mission to promote the science that led to the arrest of Brian Dripps for the killing of Angie Dodge.

The 5 for Hope fund was set up after the arrest of Dripps for Angie’s rape and murder. Dripps was arrested in May after genetic genealogy, an investigative technique used to find relatives of a DNA profile, was used to identify him as a suspect.

A sample of Dripps’ DNA obtained from a cigarette butt was then compared to DNA recovered from the scene of Angie’s murder. Idaho State Police Lab Improvement Manager Cyndi Hall testified at Dripps’ preliminary hearing that the chance of the DNA belonging to someone other than Dripps is less than one in three quintillion.

Brent said Idaho State University caught his notice when he learned of the anthropology department’s efforts to identify the remains of a man found in a cave in Clark County in 1979. Visiting Assistant Professor Amy Michael was raising funds to test the DNA of the remains using genetic genealogy, the same technique that led police to Dripps.

Michael said she received enough funds through a DNADoeProject fundraiser to test the DNA. After talking with university officials, Brent Dodge decided to donate to the forensic anthropology lab, which can help solve cold cases by analyzing old human remains.

Instead of comparing DNA samples, the Idaho State University Forensic Anthropology Lab focuses on analyzing bones and remains that have been uncovered.

Idaho State University has been expanding its work in forensic anthropology, working with faculty and law enforcement to provide seminars on how to search for, identify, extract and analyze human remains.

Professor Sara Getz runs the university’s forensic anthropology lab. Her work takes her throughout Idaho and Utah working pro bono with local, state and federal law enforcement on cases involving human remains. She said she typically gets calls from law enforcement when bones are uncovered, or from coroners when a victim’s body is too decomposed for a traditional autopsy.

“I offer my time and expertise at no cost to the agencies involved, but many of the supplies needed for the process of recovery and analysis of cases are consumables or can only be used once to prevent cross-contamination,” Getz said in an email. “Things like evidence bags, gloves, tools for cleaning remains, laboratory forms, and casting supplies add up. Maintaining lab equipment, including measuring tools, cameras, microscopes, and computers with specialized software adds additional ‘hidden’ costs to analyzing a case.”

Getz said she plans to save half of the Dodge fund donation to fund investigations with law enforcement. The other half will go to lab equipment including spreading calipers, a tool used to measure remains to identify the sex, ancestry and height of their owner.

Getz also wants to use some of the donation to create a grant in Angie Dodge’s name for students studying forensic science.

“Our goal is to prevent cost from being a barrier to proper investigations,” Getz said.

Brent noted the anthropology department’s resources could be important for smaller law enforcement offices that have limited resources and manpower. Clark County Chief Deputy John Clements, the only county law enforcement officer besides the sheriff, has been investigating the remains found 40 years ago in the cave. He told the Post Register it’s difficult to make time for the case when newer, more urgent crimes are being reported every day.

“Ultimately, the Dodge 5 for Hope donation will allow us to offer assistance for cases that might not otherwise be investigated and allow us to continue to provide training and education for students and professionals,” Getz said.

Brent hopes the funds will help other families find the same kind of closure he received when Dripps was arrested. He is considering other programs to donate the remaining $1,900 raised by 5 for Hope, and said he would be open to donating to ISU again.

The GoFundMe page is still accepting donations at https://www.gofundme.com/f/5-For-Hope.