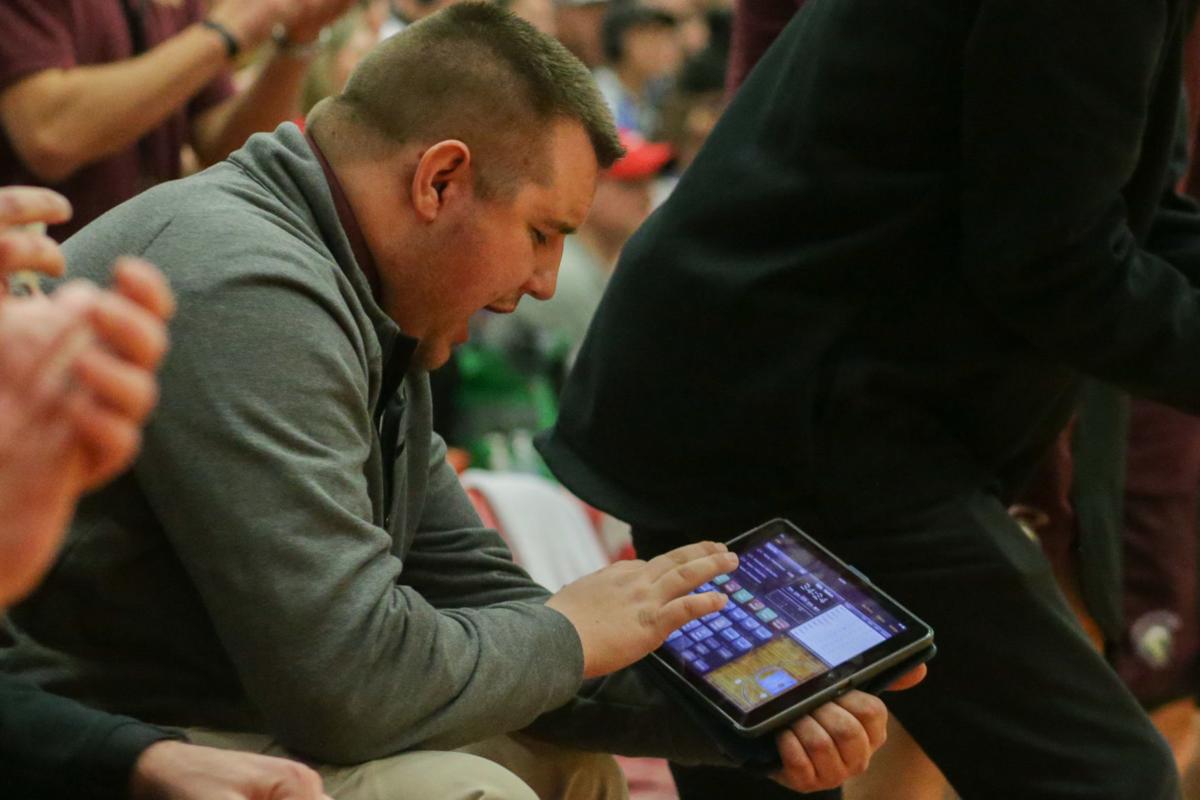 A Rigby High School assistant enters in information after the Trojans’ Tanoa Togiai made a basket while playing against Madison in January. 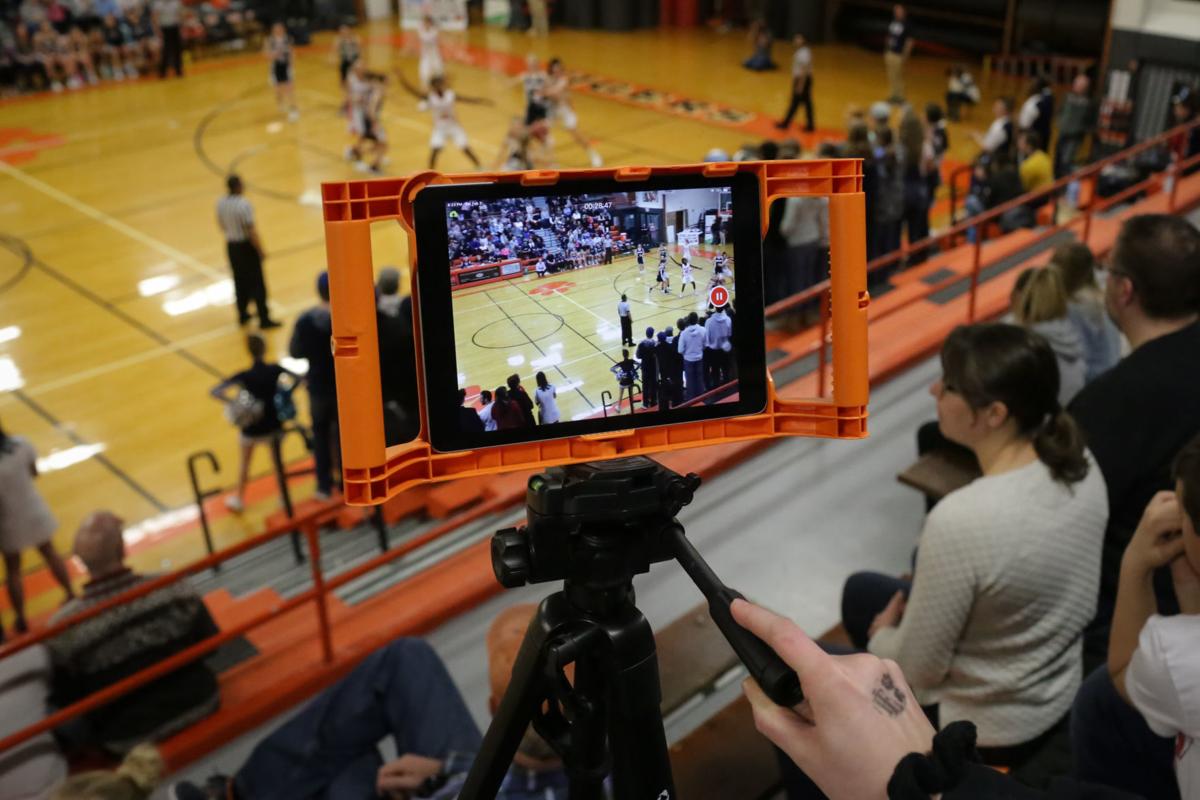 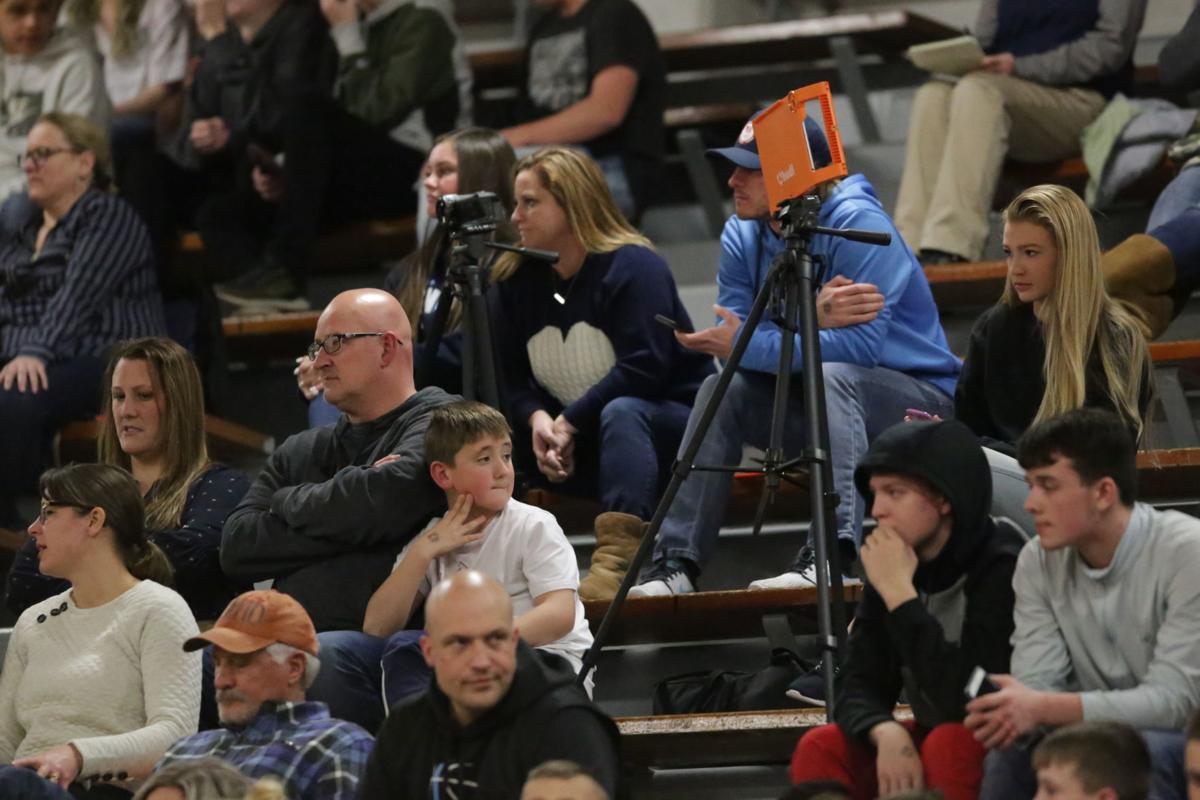 A Rigby High School assistant enters in information after the Trojans’ Tanoa Togiai made a basket while playing against Madison in January.

With the Idaho state boys basketball tournament in Boise this week, local teams and coaches will try to find any edge against their opponents.

A good start: combing through data.

And not just traditional stats such as points and rebounds per game, but in-depth stats such as offensive efficiency and true shooting percentage that have quickly gained traction and can make all the difference.

“If you get the information, you can take advantage of mismatches and know your team better,” Bonneville High School boys basketball coach John Tucker said Friday, a day before his team lost a state play-in game to Middleton. “That’s where the technology is going.”

Sports analytics services such as Hudl and its recent rival Krossover have become big business. Hudl, which offers products for more than 35 sports, services more than 150,000 teams and has more than 4 million users according to its website.

Some high schools have even begun using drones to film practices to provide “overhead vantage points to supplement traditional video shot at a distance,” the National Federation of State High School Associations reports. Skyline High School football is one of those teams — using drones during games at Ravsten Stadium.

Stats in sports aren’t anything new — traditional baseball box scores have been printed in newspapers since the late 1800s — but the rise of more in-depth analytics across all sports have increased since Oakland Athletics executive Billy Beane used sabermetrics to determine players’ on-base percentage in 2002.

Daryl Morey, the general manager of the NBA’s Houston Rockets, is a former consultant and MIT Sloan graduate who studied computer science at Northwestern. The Rockets have been one of the best teams in the Western Conference during the past five years, producing four 50-win seasons since 2013 by heavily relying on analyzing data on everything from shot selection to an officiating crew’s tendencies to make certain calls, according to Tim Cato of sports blog, SB Nation.

While analytics and stats on the high school level can be scarce — Madison High School boys basketball coach Travis Schwab said there just isn’t enough time to completely break down every teams’ stats — in-depth analytics have found their way to area programs.

“The hard part about analytics is that you need good analytics,” Tucker said.

Hillcrest athletic director Wendy Johnson said both of her school’s basketball programs use Hudl, a video and stats tool that dominates high school sports social media due to its easy access and recruiting ties to college coaches, as she encourages high school coaches to keep stats, analytics and film.

“(Stats and analytics) can be a difference in a championship match,” said Johnson, who analyzed serving percentage when she was the head volleyball coach at Idaho Falls High School, where she won six 5A state titles.

During her coaching career, Johnson said one metric she paid close attention to: serve receive, which is normally scaled on a 0-3 scale and based on a variety of factors including passing, range, timing and ball location.

She said if her team’s serve received percentage was 2.0 or higher, “they had a good chance of winning that match.” If the point total was lower, they would most likely lose.

“Any data can be skewed, but if you are using it as a tool to help coach, it can be valuable,” said Johnson, adding that Hillcrest football coach Kevin Meyer looked at “hours and hours” of game film on Hudl before the Knights won this year’s 4A state championship.

“I don’t see how we can live without it now,” Baczuk said. “(Hudl) knows how powerful it is.”

Schwab said the Bobcats, the top seed out of District 6 in this year’s 5A tournament, utilize Hudl for game film as well as their own spreadsheets to analyze non-traditional stats such as player hustle and personal grading. Schwab and his coaching staff also uses Idahohoops, a database that takes teams’ total stats as well as historical records, though most high schools simply don’t have the resources to keep up with ever-growing usage of analytics.

“We use (analytics), but we don’t utilize it like pro teams,” Schwab said. “The big thing is time. All of us are busy with teaching, jobs and families.”

Hart said his team uses stats like point differential and shooting percentage but the idea of sports is still the same: the best team still wins. He added that some teams can “over analyze” analytics and data.

The Tigers won the 4A District 6 tournament and play Twin Falls on Thursday in the 4A state tournament. Idaho Falls has won nine straight games.

“You have to weigh that out: how much are you getting for the base model versus the super deluxe luxury model of analytics,” Hart said. “I’m kind of an old-school guy, so these newer coaches, they’re around this stuff all the time, so it fits into their wheelhouse more than it probably does mine.”