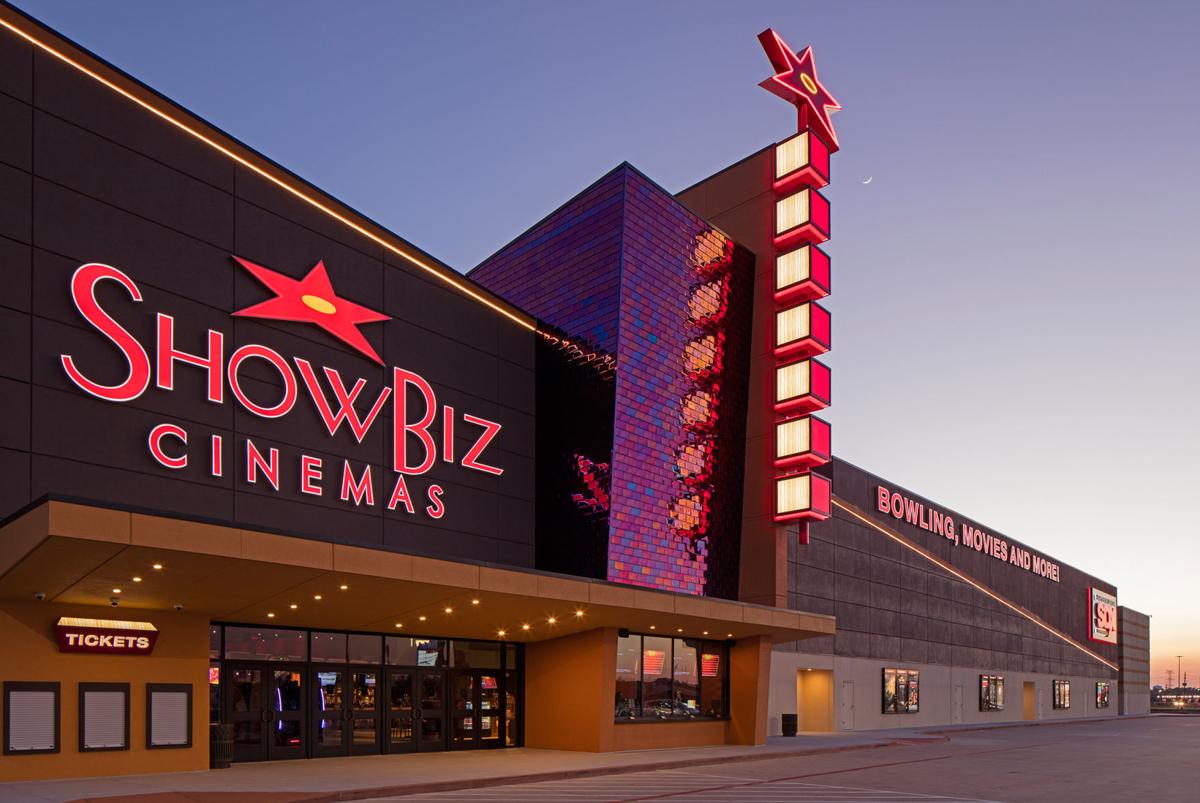 A photo shows ShowBiz Cinemas’ plan for the exterior of the new Idaho Falls Bowling, Movies and More! entertainment center. 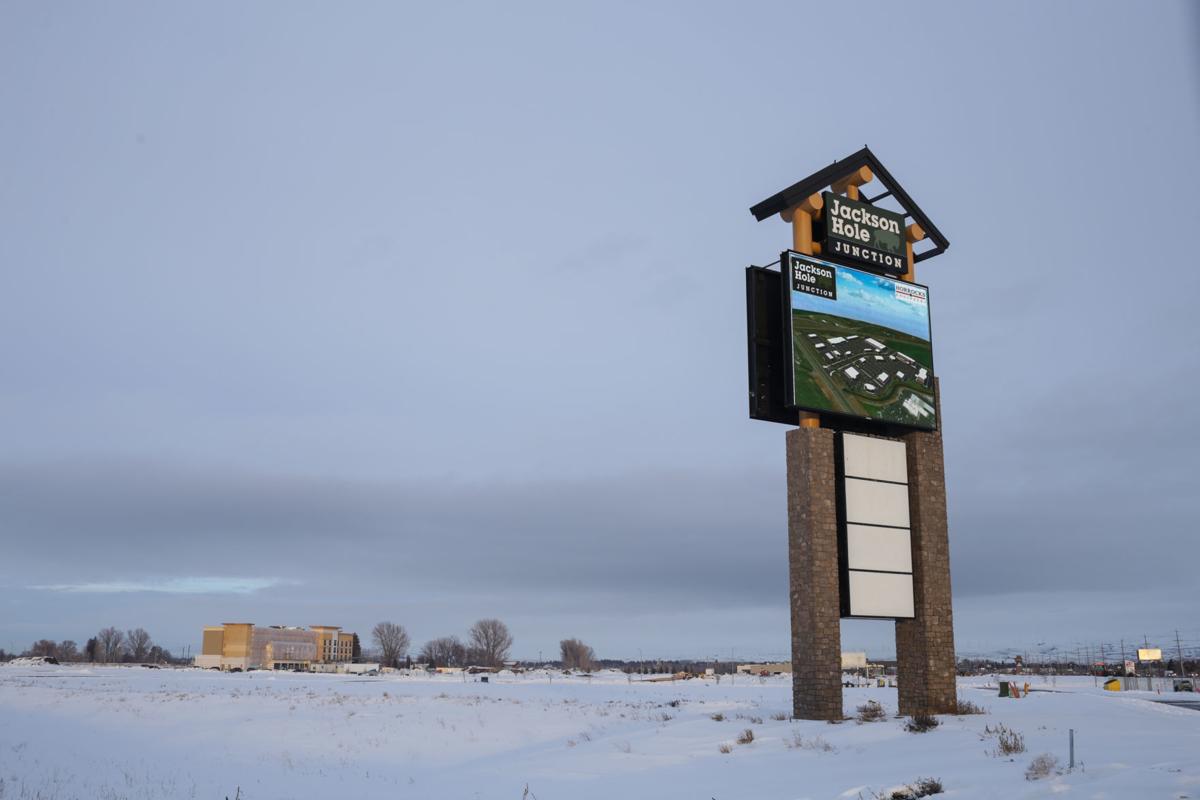 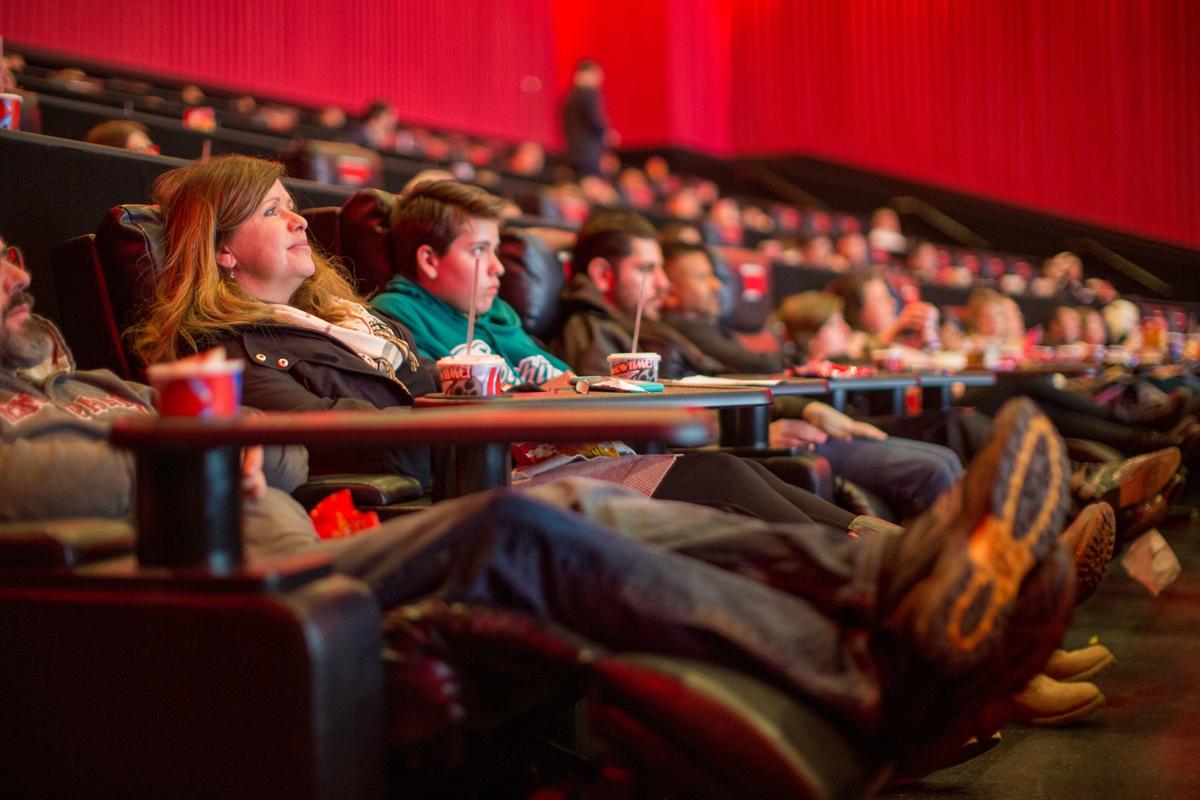 ShowBiz Cinemas’ Bowling, Movies and More! will include eight movie theaters and an SDX theater. 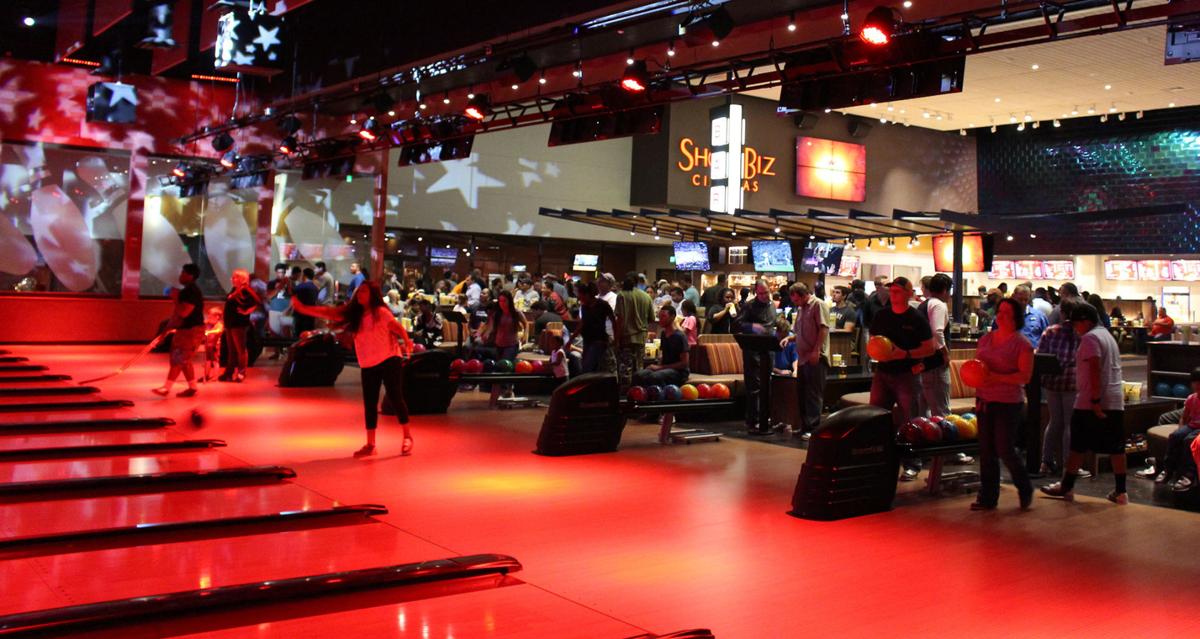 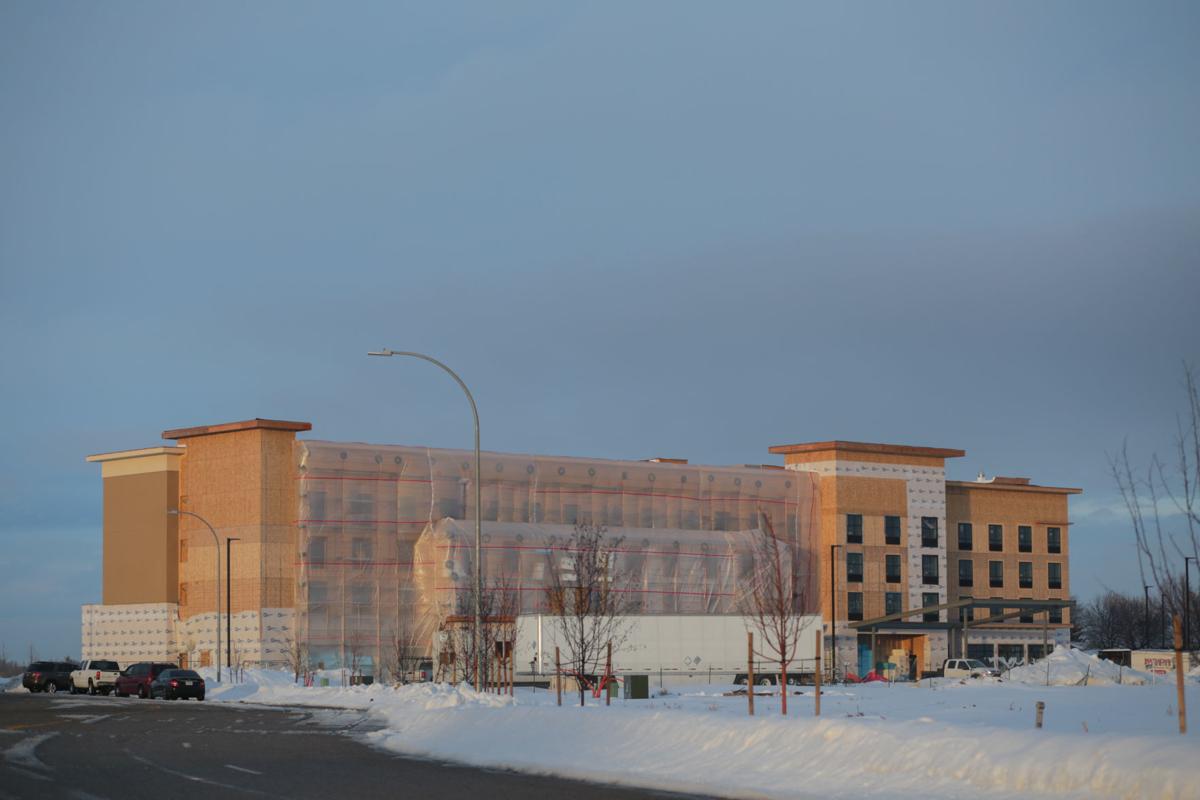 The Holiday Inn coming to Jackson Hole Junction in Idaho Falls is seen under construction in February.

A photo shows ShowBiz Cinemas’ plan for the exterior of the new Idaho Falls Bowling, Movies and More! entertainment center.

ShowBiz Cinemas’ Bowling, Movies and More! will include eight movie theaters and an SDX theater.

The Holiday Inn coming to Jackson Hole Junction in Idaho Falls is seen under construction in February.

A new entertainment center is coming to Idaho Falls, and it will be unlike anything the city has seen before. ShowBiz Cinemas’ Bowling, Movies and More! will begin construction on Monday at Jackson Hole Junction with completion expected this December.

The complex will include 14 bowling lanes, a lane-side café with food and drink options, arcade games, concessions, party rooms and eight movie theaters with luxury recliners. The arcade will have a “redemption center” where players can pick out prizes based on their winnings.

Showbiz’s crown jewel, however, will be the SDX auditorium theater: a four-story tall, 70 foot wide wall-to-wall, ceiling-to-floor screen with Dolby Atmos surround sound. The SDX theater screen, short for Superior Digital Experience, with its 4K digital laser projection, will be around the same size as an IMAX.

Though construction will start Monday with utilities and plumbing being put in, an official groundbreaking celebration with the community and ShowBiz executives will take place Feb. 27.

ShowBiz is a company based out of Dallas. Owner Kevin Mitchell is the son of Cinemark theaters’ founder, Lee Roy Mitchell. Kevin grew up working in theaters as a kid and served as a Cinemark executive prior to starting ShowBiz Cinemas.

ShowBiz currently has 10 locations across Texas, Oklahoma and Florida. The Idaho Falls location will be its first outside of the southern United States.

“Our mission is to provide a first-class entertainment experience for every customer who enters our locations. ... We have created a true destination zone for entertainment seekers of all ages to enjoy. Our Jackson Hole Junction project will be unlike anything the residents have ever seen in the state of Idaho. It has been great working with Matt Morgan and his team,” Mitchell said in a press release.

The deal has been in the works for months. This week, ShowBiz executives flew in from Texas to meet with Matt Morgan, Managing Partner at Jackson Hole Junction Commercial Center, where they hammered out the final details of the complex.

“A full family entertainment center is something this community has needed for a long time, and we could not have found a better fit for our community than ShowBiz Cinemas,” Morgan said.

An entertainment complex is something Morgan has wanted to secure at Jackson Hole Junction for years. He felt places for families and younger members of the community were lacking, especially during Idaho’s long, cold winters.

“I’m excited for the kids and teens in the community to have this. It will give them a place to go after school and on weekends,” Morgan said.

ShowBiz owners seem enthusiastic about options for what they call “the value-conscious entertainment seeker.” For the Idaho Falls location, they are planning $5 movies on Tuesdays, discount bowling days, $1 hot dogs and a loyalty program. Law enforcement and firefighters will be given free movie admission.

The ShowBiz entertainment center is just the latest news to come out of long-anticipated Jackson Hole Junction. After years of planning, the junction is finally ready to begin opening businesses this year. Jackson Hole Junction will be a 44-acre commercial mixed-use development center at Sunnyside Road and I-15 in Idaho Falls. Within the junction, nineteen planned buildings will feature a mix of retail, business, dining, health, and hospitality establishments.

Jackson Hole Junction is the brainchild of three business partners and close friends Matt Morgan, Mont Crnkovich and Shane Fleming. They’ve been working on it for the last five years.

And ShowBiz isn’t the only development in the works. A Holiday Inn & Suites is near completion with plans to open this spring. The hotel will have 108 guest rooms, swimming pools and conference rooms. Morgan has laid plans for a second hotel site, which he says has “a lot of interest” from potential buyers. The Idaho Kidney Institute, a treatment center for kidney disease, will be coming this summer.

A full-movement traffic signal will be going in this year to accommodate the additional traffic the junction is expected to produce. It will be located at Sunnyside Road and South Fork Boulevard. The Department of Transportation and the City of Idaho Falls are working to ensure the signal is operational by the opening of ShowBiz Bowling, Movies and More! in December.

“The traffic counts on Sunnyside Road have continued to grow over the last decade at a rate of 5% or more per year. Sunnyside Road is rapidly becoming not only the new gateway into the community but one of the major arterial roads into the city,” Morgan said.

Morgan believes with Idaho Falls’ recent population and tourism boom, there has been no better time for a development like Jackson Hole Junction. He envisions a place where people from near and far make a point of stopping. He sees weekend trips for western locals and tourists from farther away planning to make a special stop to perhaps stay at a Jackson Hole Junction hotel or catch a movie on the SDX screen, before heading on to Jackson Hole or Yellowstone.

“We’re hoping to encourage tourism and people that are on the interstate passing through to get off at exit 116 and visit,” Morgan said. “I’ve been building this community for thirty years, and this is something I can’t wait to get started.”

An example of a ShowBiz Cinema entertainment center can be seen here.