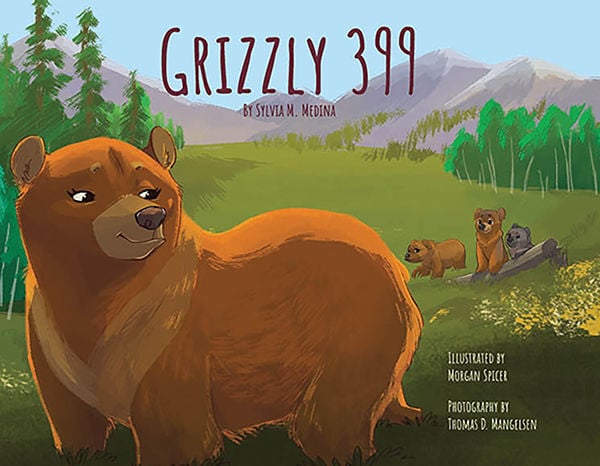 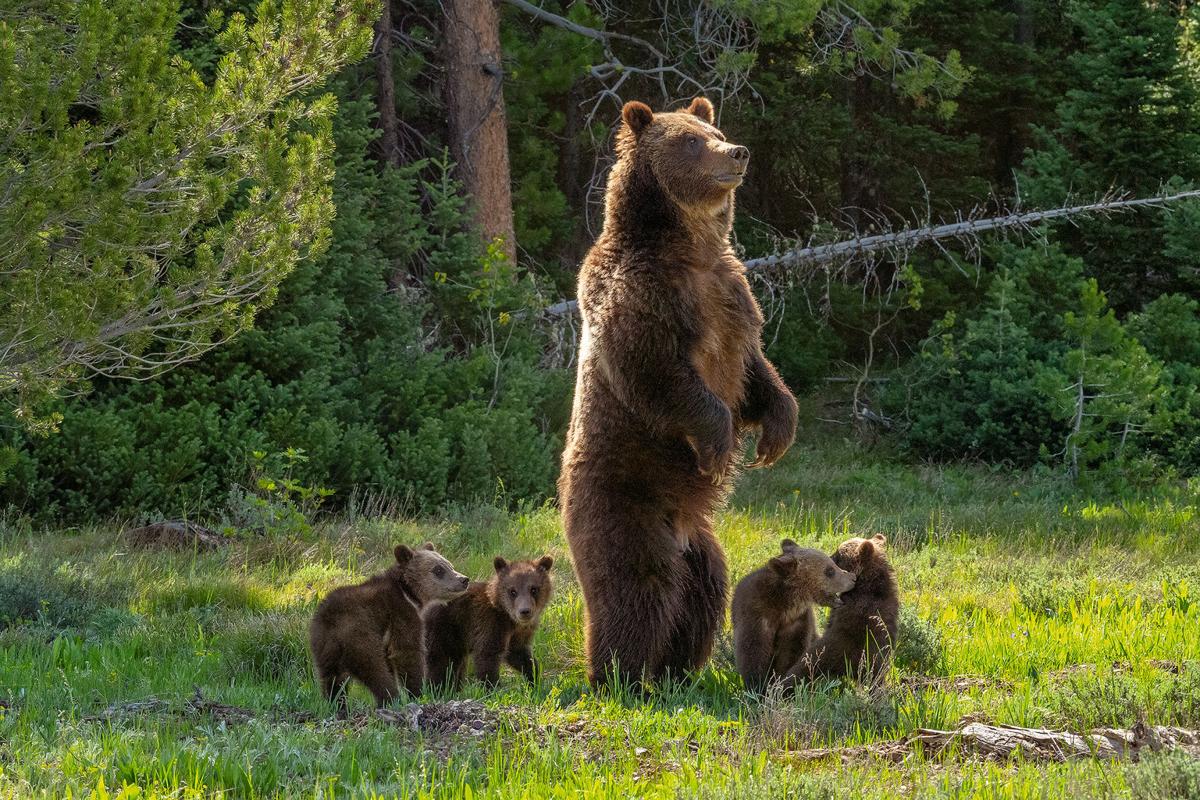 Grand Teton National Park’s grizzly bear 399 with her four cubs born this year. Grizzly 399 is the subject of a locally produced children’s book.

Grand Teton National Park’s grizzly bear 399 with her four cubs born this year. Grizzly 399 is the subject of a locally produced children’s book.

When you’re an international celebrity this kind of thing is to be expected.

There’s the paparazzi, the constant news stories and now, for Grizzly bear 399 of Grand Teton National Park, a book deal.

The new children’s book “Grizzly 399” published by Idaho Falls author and president of Green Kids Club Inc., came off the press this May but is now in revision because the famous bear pulled off a spring surprise.

“I wrote the story last fall,” said local author Sylvia Medina. “She’s actually a grandmother bear. She’s 24 years old and shouldn’t be having cubs, but she comes out of hibernation with four cubs which was just amazing. So, our book is now into revision, with me telling the stories of her having four more cubs. ... It’s been a fun story to write.”

Medina said the book, told through the eyes of the famous bear, is in the process of being printed and the revised version will be out soon. Illustrations are done by Morgan Spicer of Bark Point Studio in New York.

The picture book also features a back section of wildlife photos and scientific information by accomplished Jackson, Wyo., photographer Tom Mangelsen. Mangelsen has been following Grizzly 399 for years.

“I’ve never witnessed children more excited nor joyful than when they see 399 and her cubs or any grizzly bear for the first time,” Mangelsen said in a news release. “The experience of seeing 399 in the wild will change a child’s life forever. Hopefully, this book will be a small entry into her world and make us all more considerate, tolerant and protective of bears and all of our earth’s special creatures.”

The new book revision will include photos of 399 and her four cubs.

Medina, who is an environmental engineer and biologist, said “Grizzly 399” is part of a series called “Environmental Heros” her company publishes to raise awareness of wildlife among children.

“I hope it helps people understand that we have wild animals around us and we need to learn how to live with them and protect them,” she said. “At one point in time, during the ‘70s there was only like 200 to 300 grizzly bears and now we’re up to 800. It’s a larger number so people have to learn how to live with them. I hope that children understand that we are still very fortunate to have these animals in our lives and hopefully in the future their grandchildren will be able to appreciate them.”

A portion of the profits for Green Kids Club books go to nonprofit organizations that benefit wildlife.

“Grizzly 399” is available at Barnes & Noble, Amazon, and at the group’s website greenkidsclub.com.