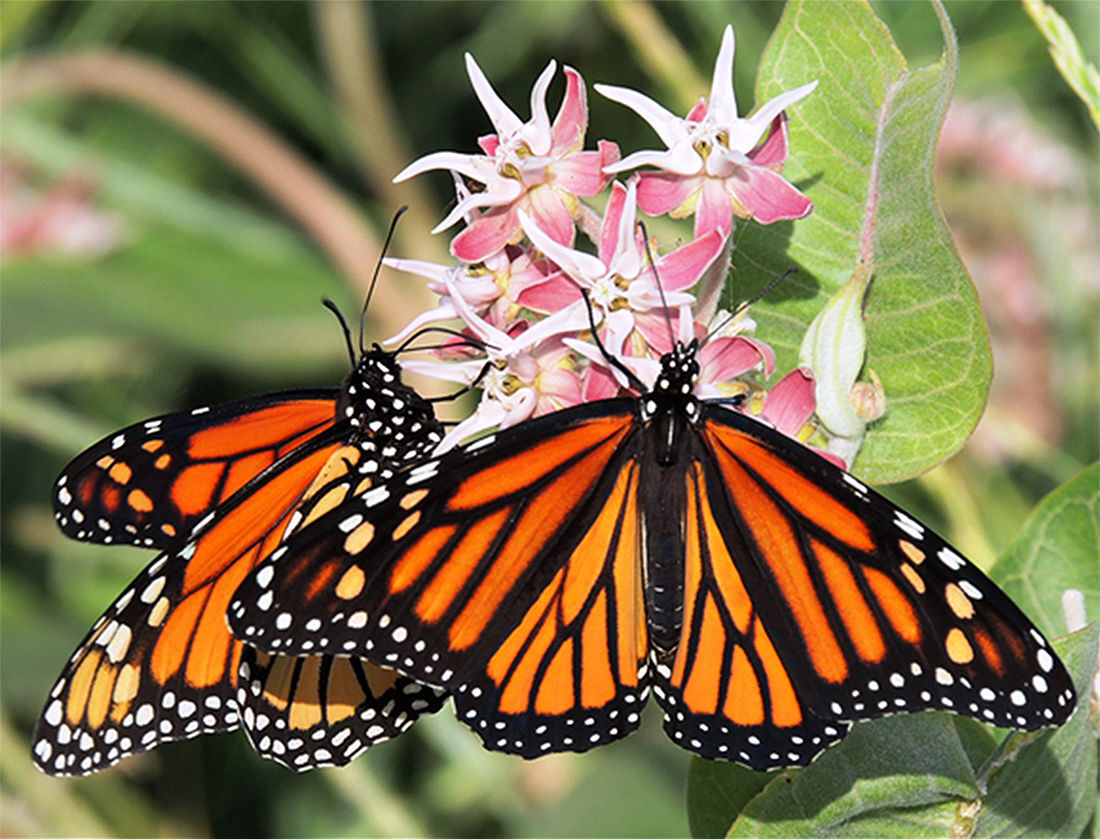 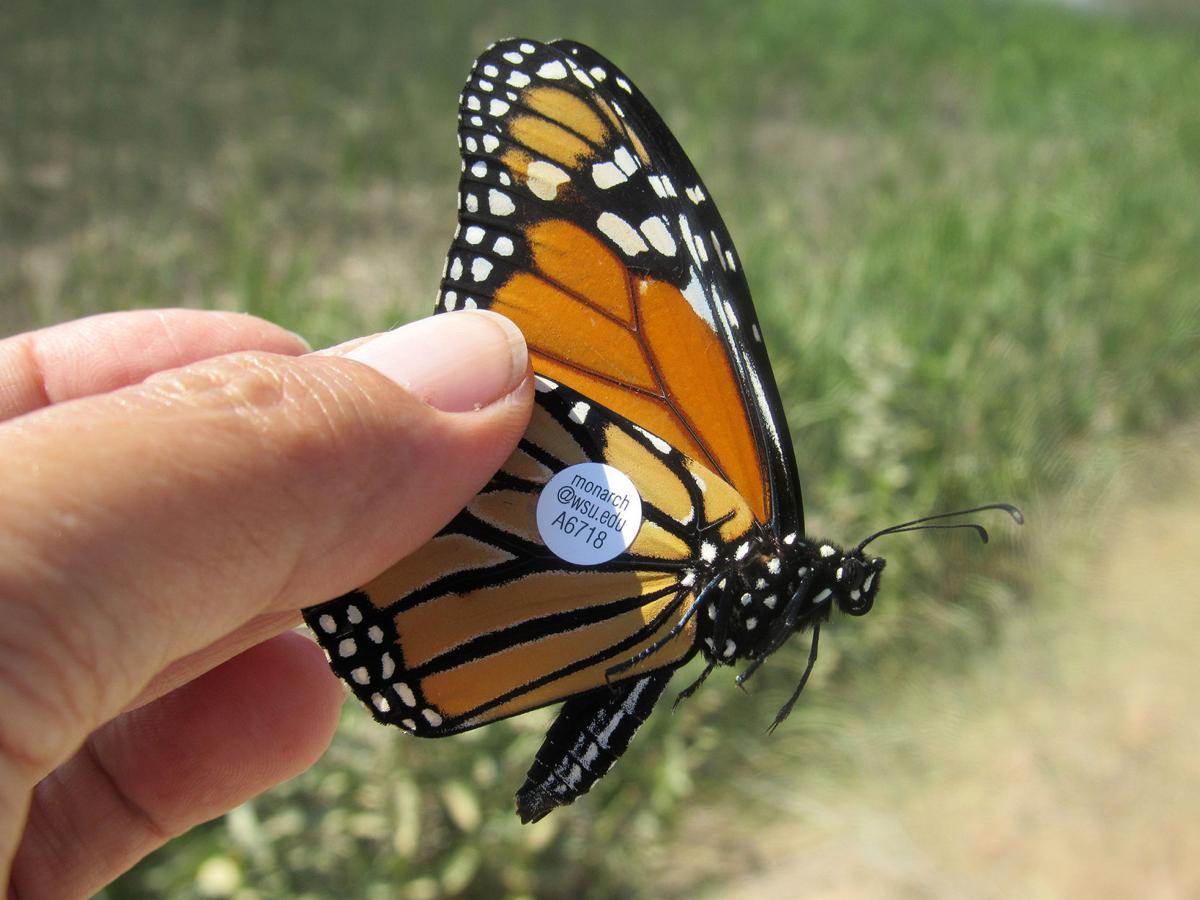 A monarch butterfly is tagged with a tiny dot on its wing in hopes of tracking its migration. 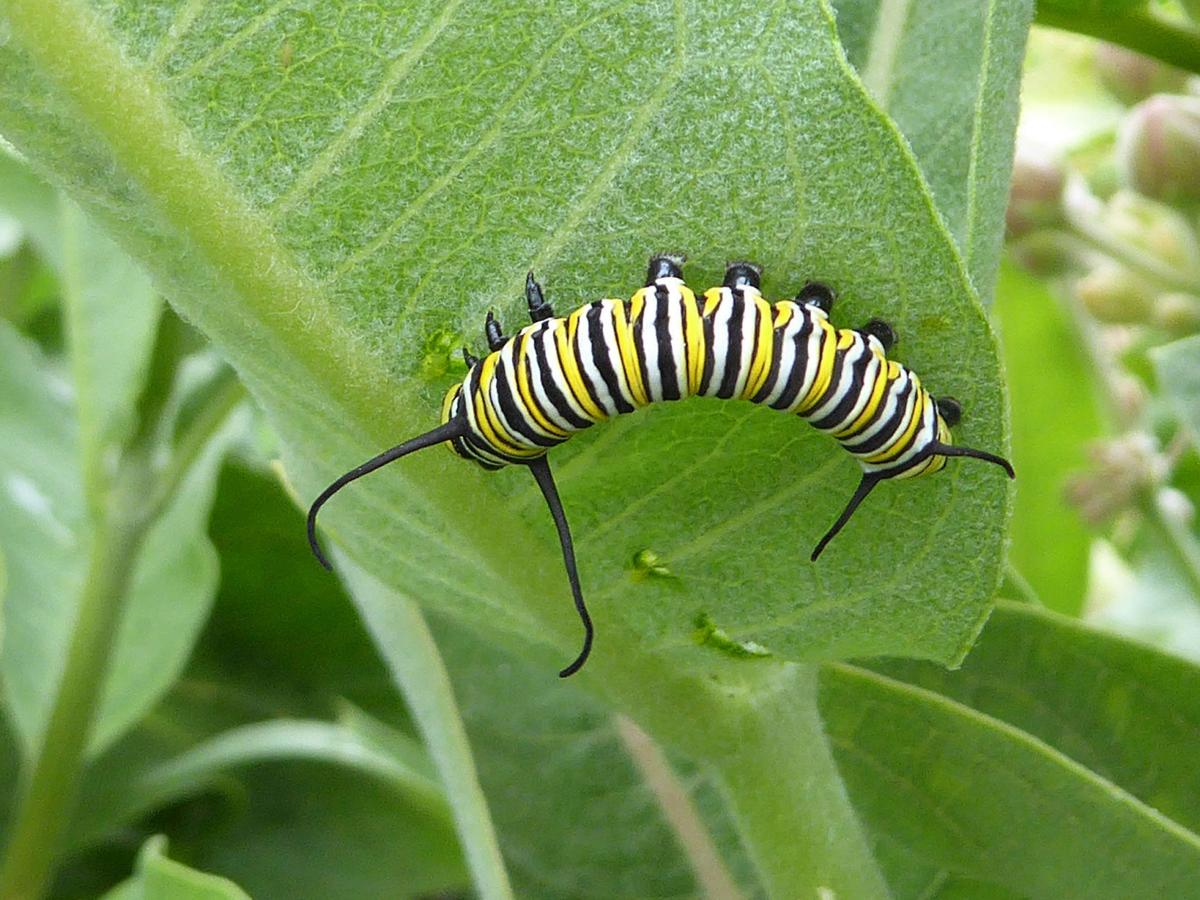 A monarch caterpillar starts out its life on a milkweed plant.

A monarch butterfly is tagged with a tiny dot on its wing in hopes of tracking its migration.

A monarch caterpillar starts out its life on a milkweed plant.

Some scientists say we are witnessing the extinction before our very eyes of one of the West’s iconic creatures.

The catastrophic collapse is almost complete for the far roaming Western monarch butterfly that each year migrates from the California coast to as far north as Salmon, Idaho and back.

“In only a few decades, a migration of millions has been reduced to less than two thousand butterflies,” said Stephanie McKnight, a conservation biologist with the Xerces Society who helps coordinate the annual winter monarch counting.

Volunteers with the Xerces Society, an invertebrate conservation organization, went out for their annual count along the California coast from Marin County to San Diego County and into Northern Baja only to find 1,914 monarch butterflies.

The previous two years recorded new lows at fewer than 30,000 monarchs. In the 1980s, monarchs overwintered along the coast blanketing trees with more than 4.5 million bodies.

“I don’t want to say that,” said Tempe Regan, a wildlife biologist for Idaho Fish and Game, about the word “extinction,” “because it’s awful to say, but I have said it to many people. It’s what it looks like.”

One iconic overwintering site for the monarchs is at Pacific Grove, Calif., known as “Butterfly Town, USA.” But butterfly counters found zero monarchs there during the annual count. Other well-known locations such as the Pismo State Beach Monarch Butterfly Grove and Natural Bridges State Park only hosted a few hundred butterflies.

“These sites normally host thousands of butterflies and their absence this year was heartbreaking for volunteers and visitors flocking to these locales hoping to catch a glimpse of the awe-inspiring clusters of monarch butterflies,” said Sarina Jepsen, director of endangered species at the Xerces Society.

Regan, who specializes in invertebrates, lives in Salmon and said the last time she saw a monarch in Idaho was a few years ago while working on a monarch tagging project along the Snake River. Up to five years ago, seeing monarchs in Salmon “was a common thing,” she said.

Idaho biologists believe the iconic butterfly would migrate each year from central California to the southern half of Idaho to spend its summer before returning back to the coast in the fall. After monarch numbers crashed from about 300,000 in the early 2000s to less than 30,000, only a handful of butterflies have been spotted in Idaho.

“I think it’s a very real possibility that people who live in Idaho won’t have monarchs anymore,” Jepsen said. “In the past few years, we’ve seen so few monarchs make it to states outside of California.”

While Western monarch populations are crashing, eastern monarchs (east of the Rocky Mountains) have lost about 80% of their numbers, though still numbering in the millions.

“(Scientists) did a bunch of statistical modeling and that threshold of 30,000 is what they landed on,” Regan said, “below which it’s predicted that the population will naturally spiral into extinction. So clearly we’re well below 30,000.”

Experts say the main challenges facing monarchs and other invertebrates are loss of overwintering groves, loss of breeding habitats such as milkweed fields, migratory habitat and pesticide use.

“It’s very, very upsetting,” Regan said. “One of the saddest parts about this is scientists have been clamoring about this for a couple of years and things really haven’t changed. We haven’t done enough to help them.”

Efforts have been made to list monarchs as an endangered species to give them state and federal legal protection to keep their habitat from being destroyed or degraded. But a court decision as recent as November deemed that terrestrial invertebrates (including insect pollinators such as the monarch and bumblebees) cannot be offered protection under the California Endangered Species Act. The U.S. Fish and Wildlife Service announced this past fall that monarch butterflies are “warranted but precluded” from listing under the federal Endangered Species Act.

Regan said monarchs are one of the 132 invertebrates in Idaho listed as “species of greatest conservation need.”

“The study of invertebrates is very challenging,” she said. “They are facing so many threats from so many different directions. Anything we can do toward monarchs is also going to be benefiting a lot of other species.”

Regan said if monarchs are to be saved it would take the efforts of a wide cross-section of stakeholders rather than scientists in a room rearing caterpillars.

“We brought California condors back when there were only 22 individuals left, however that species is not recovered and still has a lot to overcome,” she said. “Maybe millions of dollars have been thrown at that species. I think for us to bring back Western monarchs is going to take something very similar. It’s going to take people everywhere becoming concerned and getting on board and being responsible to the best management practices. ... I don’t know if that’s going to be enough.”

Regan said she hoped this latest report would serve as a wake-up call.