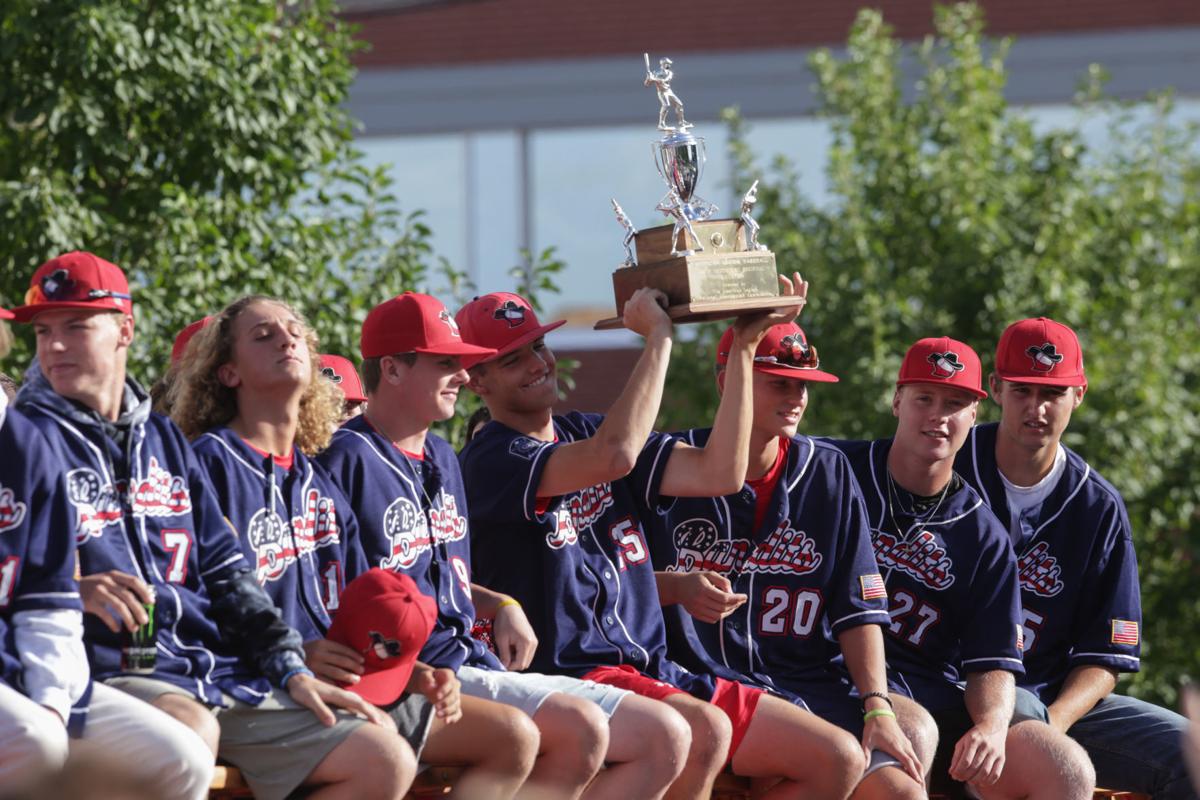 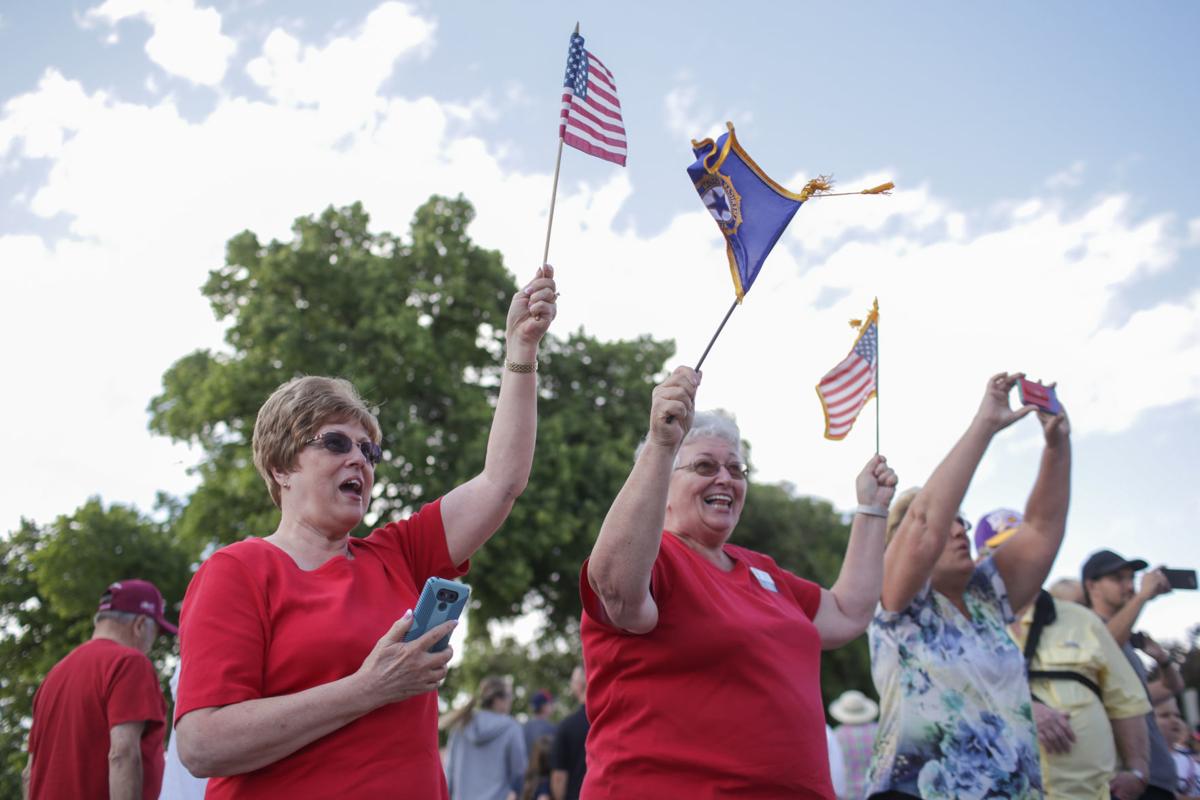 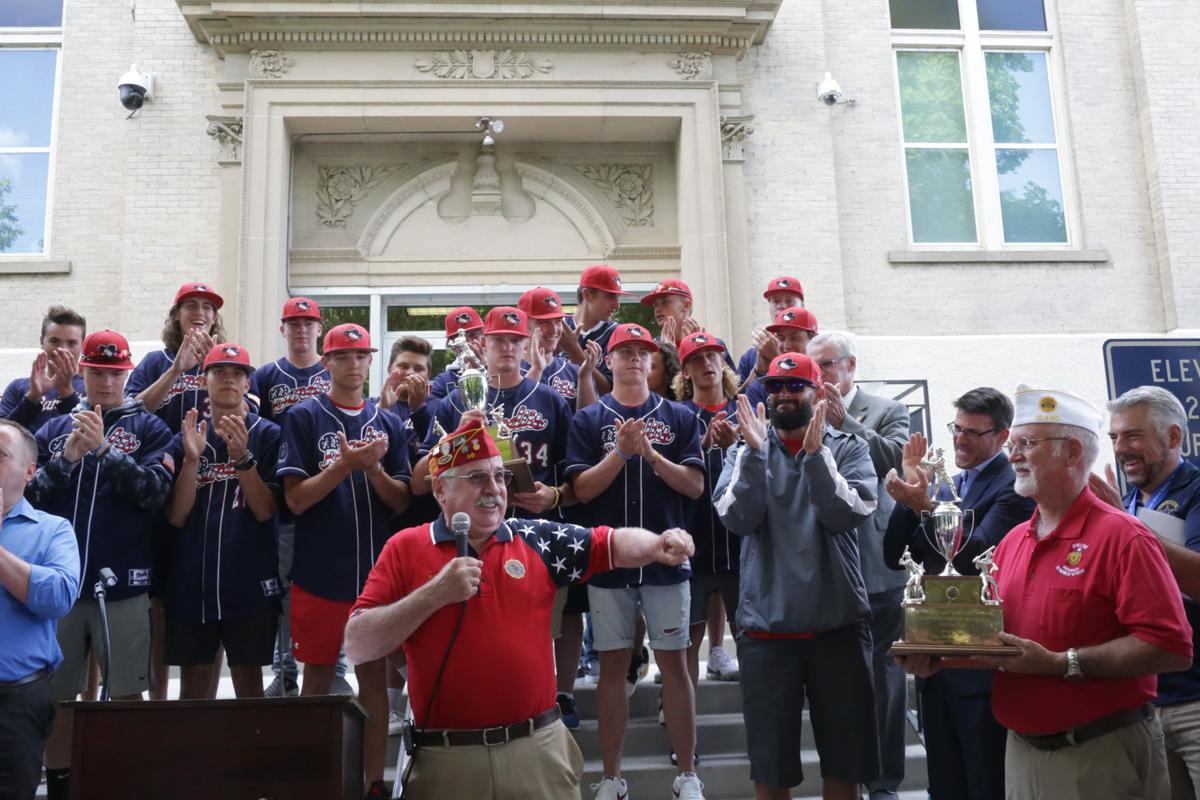 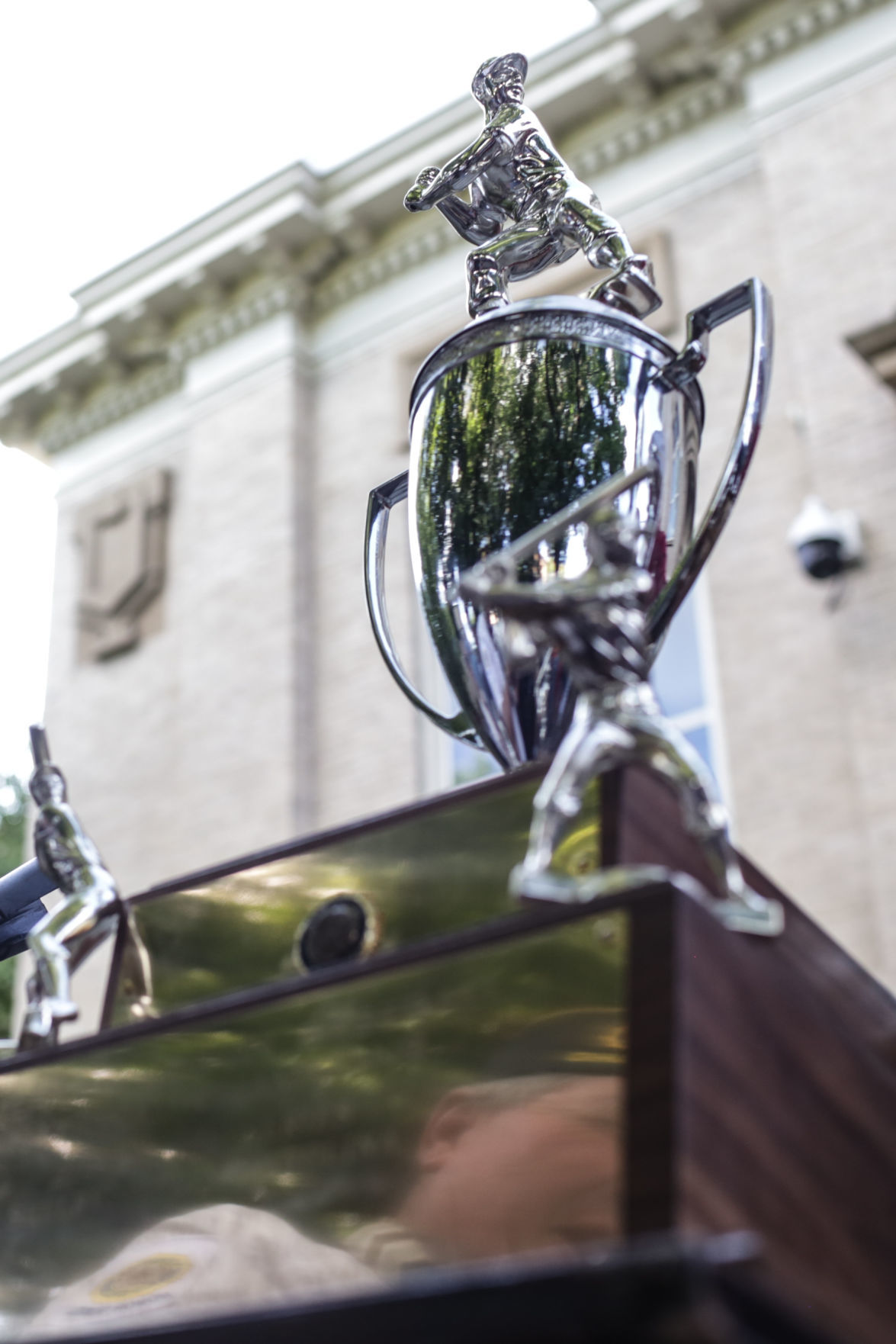 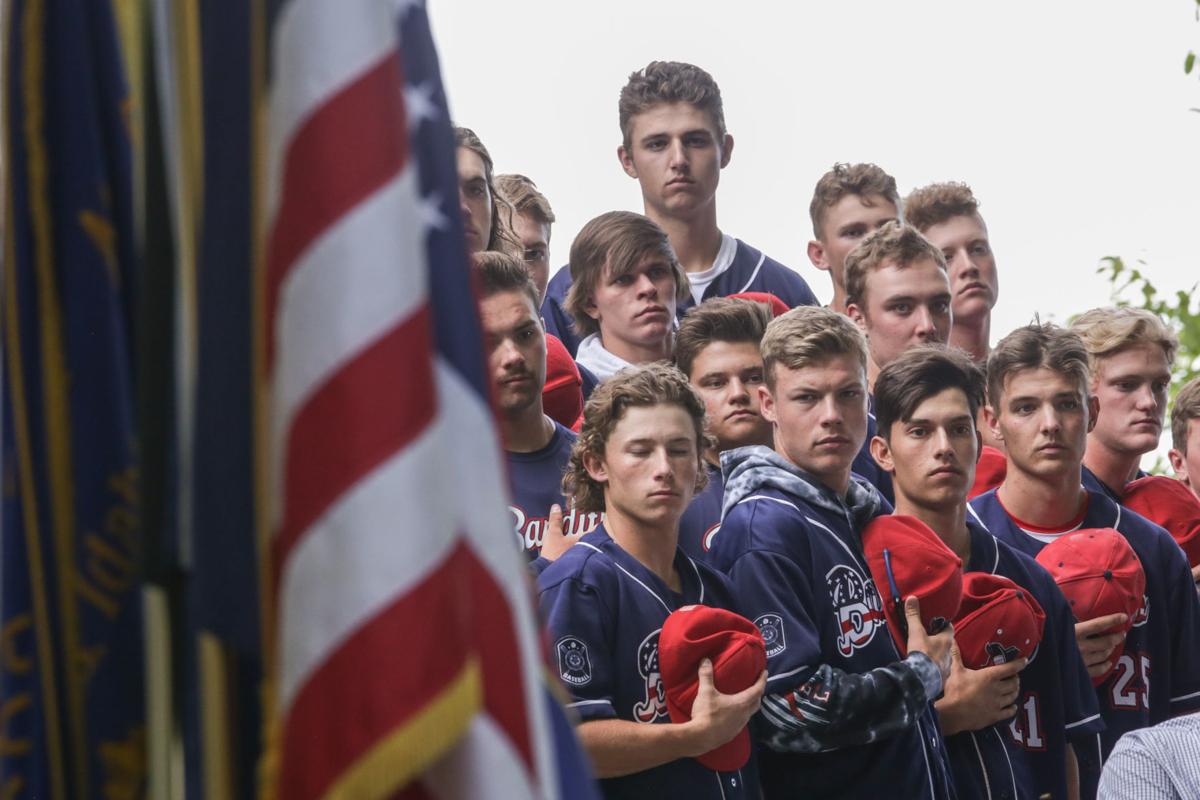 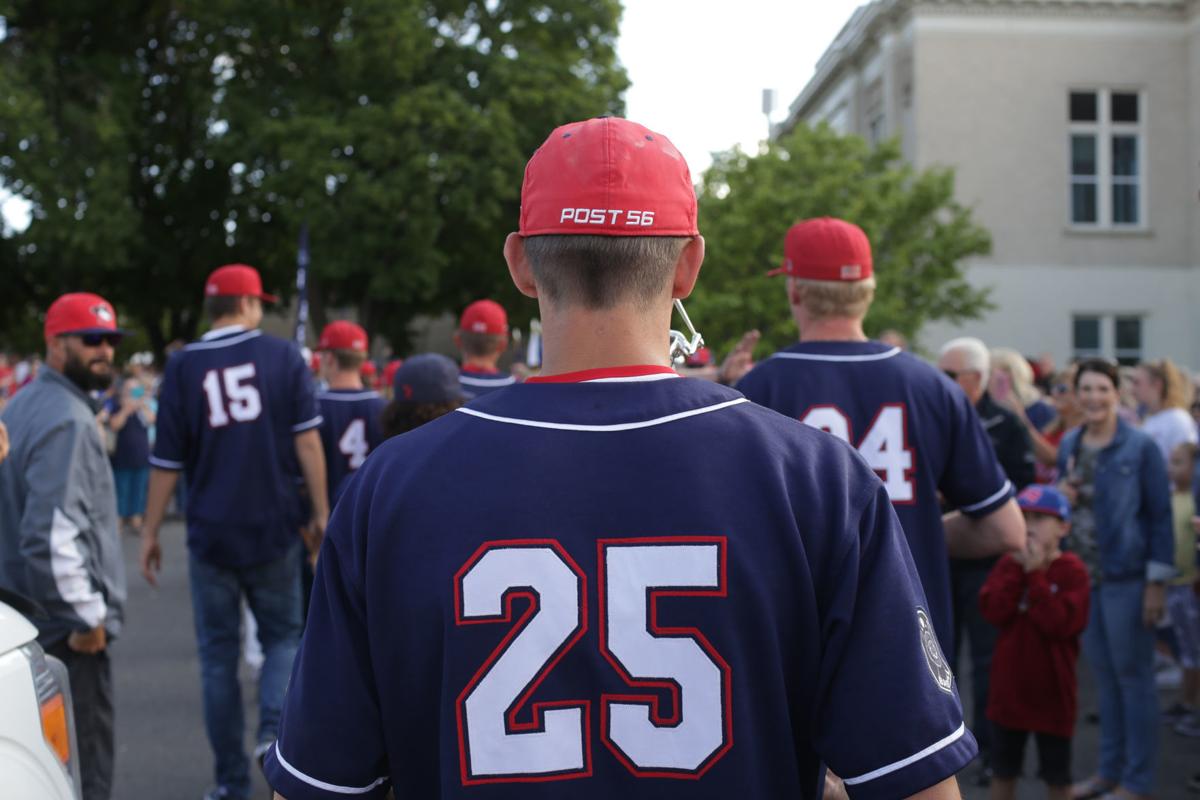 The conquering champions were greeted by cheers and applause as they marched down Memorial Drive.

The members of the Idaho Falls Bandits walked proudly as the band members from Thunder Ridge and Hillcrest high schools announced their arrival. Police cars and fire engines followed close behind.

Hundreds of Idaho Falls and Ammon residents followed to celebrate the team’s victory at the American Legion World Series, claiming the top spot among 3,441 teams in North America.

“If you are worried about the youth of today and how the world will work tomorrow, please come out and watch baseball,” said Michael Whyte, president of Idaho Falls Post 56 American Legion Baseball.

The Bandits are the first American Legion Baseball team in Idaho history to win the world series. The program has teams in all 50 states plus Canada, its website said.

Residents gathered in front of the Bonneville County Courthouse where Idaho Falls Mayor Rebecca Casper and Ammon Mayor Sean Coletti celebrated the team, jointly announcing Aug. 22, 2019, as “Idaho Falls Bandits Day” while the players stood behind them holding their trophies.

Casper spoke of the unity the team represented, bringing together players from five local high schools to win a national championship.

News of the team’s championship title brought excitement to both cities. According to Casper, the city received 30,000 visits to its Facebook page since the news of the Bandits’ victory broke.

“Do we have some American Legion World Series fever here today?” Casper asked the crowd, who responded with affirmative cheers.

“It’s a great honor for the state of Idaho to have you representing us, and by the looks of the way you ran through the World Series, the story nationwide will be ‘Idaho’s no small potatoes,’” Little said in a video posted to Facebook.

Whyte thanked the team’s coaches, the players and their families and the hundreds of businesses who donated to the team.

“I cannot stand here and thank everybody because it is literally hundreds,” Whyte said.

The team had a special thank you for Kevin Greene, the president and general manager of the Idaho Falls Chukars. The team sang “Happy Birthday” to Greene, thanking him for his support and allowing them to use Melaleuca Field for training and games.

Lastly, the team thanked the veterans of their communities and of Post 56 by offering them their hard-won world series trophy.

“Thank you for all that you have done for this country and these boys,” Head Coach Ryan Alexander said.

The team also will be celebrated Aug. 29 prior to the Chukars game.

As the American Legion World Series’ winning team the Bandits also will receive a trip to Major League Baseball’s World Series, a tradition dating back to 1926.