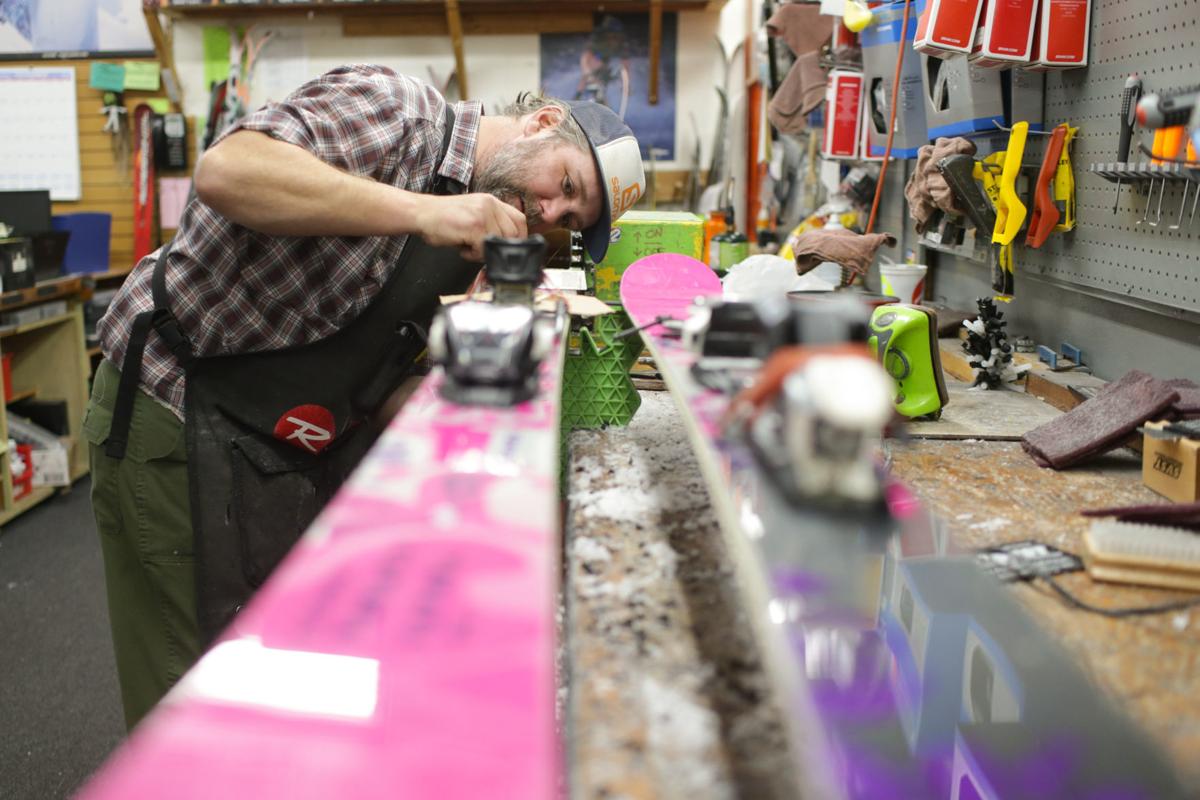 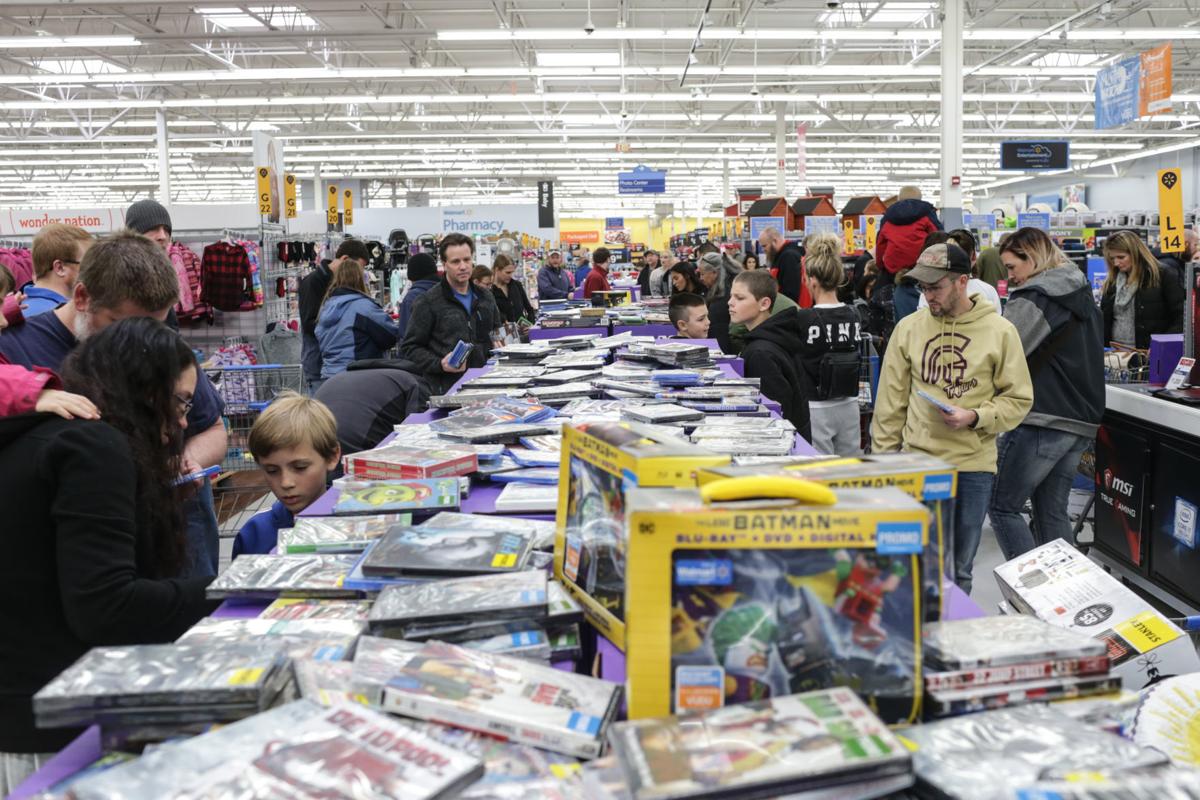 Shoppers look for Black Friday deals at Walmart. National data is showing a drop in the number of people who went to brick and mortar stores on Black Friday. 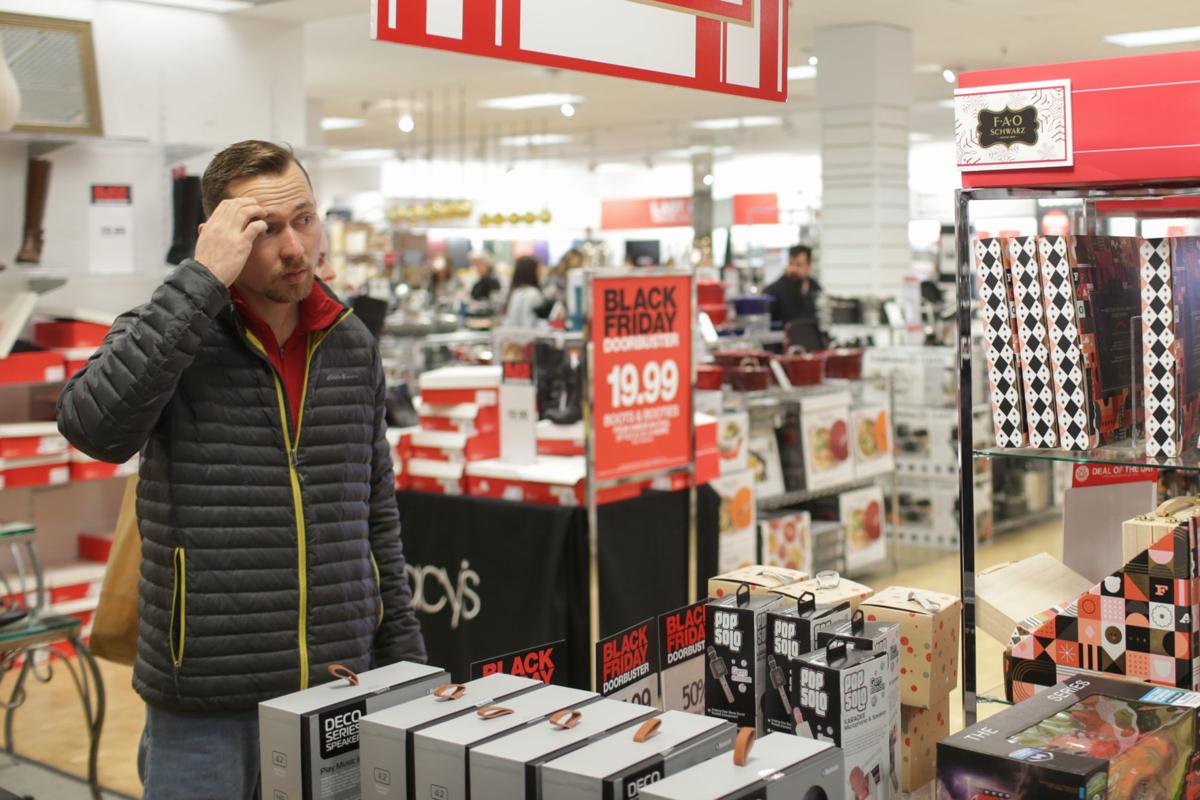 A shopper looks for deals at Macy's at the Grand Teton Mall on Black Friday.

Shoppers look for Black Friday deals at Walmart. National data is showing a drop in the number of people who went to brick and mortar stores on Black Friday.

A shopper looks for deals at Macy's at the Grand Teton Mall on Black Friday.

Smaller retailers nationwide have been reporting increases in business this holiday shopping season, and in line with this trend, several downtown merchants said they had busy weekends.

“It was a great day,” said Teagan Rose, who works at Ferrell’s Clothing, a men’s clothing store on West Broadway. “Can’t complain.”

Gwendalynn Grey, owner of Nostalgic Boutique, a clothing store on Park Avenue, said the downtown Christmas tree lighting and celebration on Saturday helped to bring out more people than usual. She said she had many new customers walking in as well as her regulars.

“I think it was pretty good,” she said. “We did really well.”

Total spending among consumers who say they shopped at small businesses and restaurants reached $17.8 billion this year, the highest ever, according to data from the 2018 Small Business Saturday Consumer Insights Survey from American Express and the National Federation of Independent Business.

Adobe Analytics, which tracks online sales for 80 of the top 100 online retailers such as Walmart and Amazon, said there were $6.22 billion in online sales on Black Friday, a new record and up almost 24 percent from a year ago, according to CNBC. Another strong increase in online sales was also expected Monday, for “Cyber Monday.” Visits to stores, by contrast, were down 1.7 percent on Black Friday itself compared to last year and down 1 percent on Thanksgiving and Black Friday combined, according to ShopperTrak, a leading global provider of retail analytics.

Most downtown shops in Idaho Falls were closed on Thanksgiving itself.

“We fully embrace people being with their families by all means, including our employees,” said Davin Napier, manager and co-owner of Idaho Mountain Trading, an outdoor sports store.

Dave’s Bike Shop was even closed on Black Friday. However, it opened for Small Business Saturday. While this time of year can be slow in the bicycle business, opening up on Saturday turned out to be a good decision, said Caleb Wilding, the mechanic at the shop on West Broadway. He said the store got a lot of foot traffic and people shopping for themselves or for Christmas presents.

“It was just about as busy as a summer day would be,” Wilding said.

At Ferrell’s, the big seller was a deal where you could get a suit, shirt, tie and dress shoes for $199.

For Idaho Mountain Trading, the period around Thanksgiving is a busy one for people looking for winter sports clothes and gear such as skis, snowboards and boots.

“It’s a pretty key time for us to be well-stocked,” Napier said.

Napier said they try to put most things in the store on sale early in the season, as a reward for their early bird customers.

“Our philosophy is we buy in such a (quantity) that we put things on sale ahead of time,” he said.

Shoppers woke up Friday to find the parking lots were full, the lines were long and the prices were low.