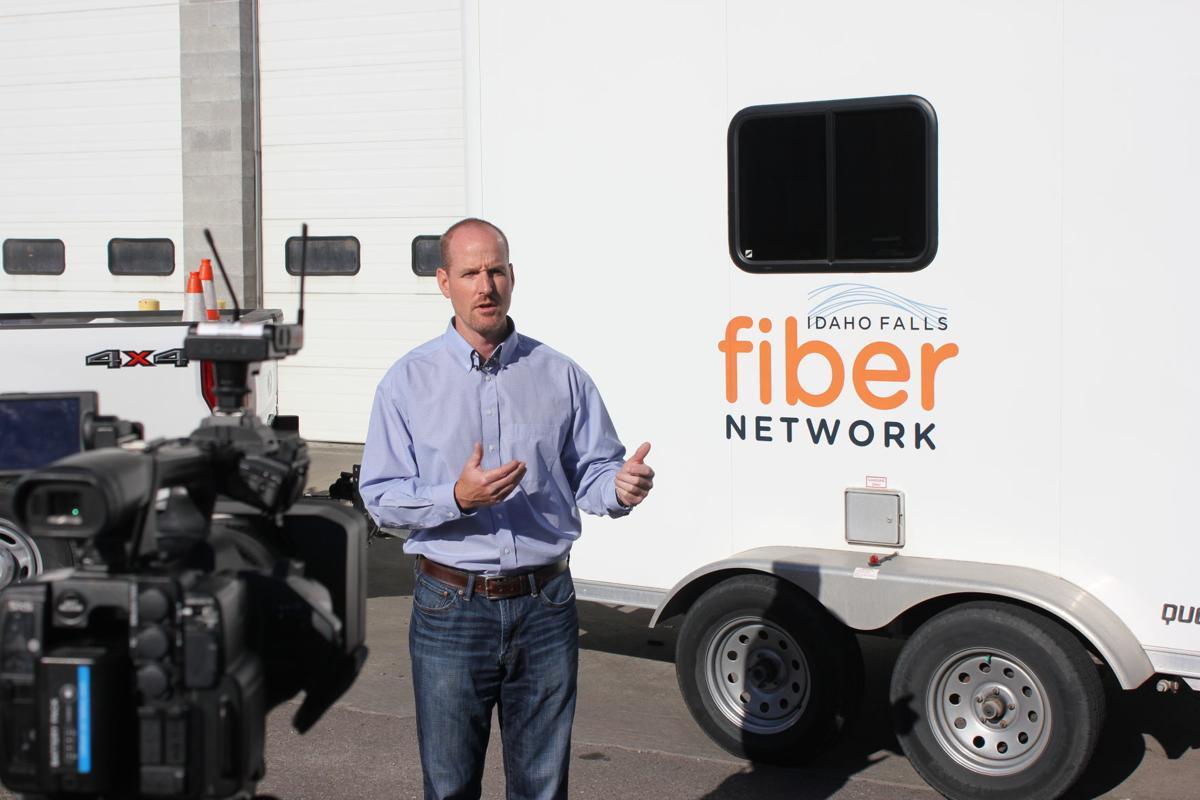 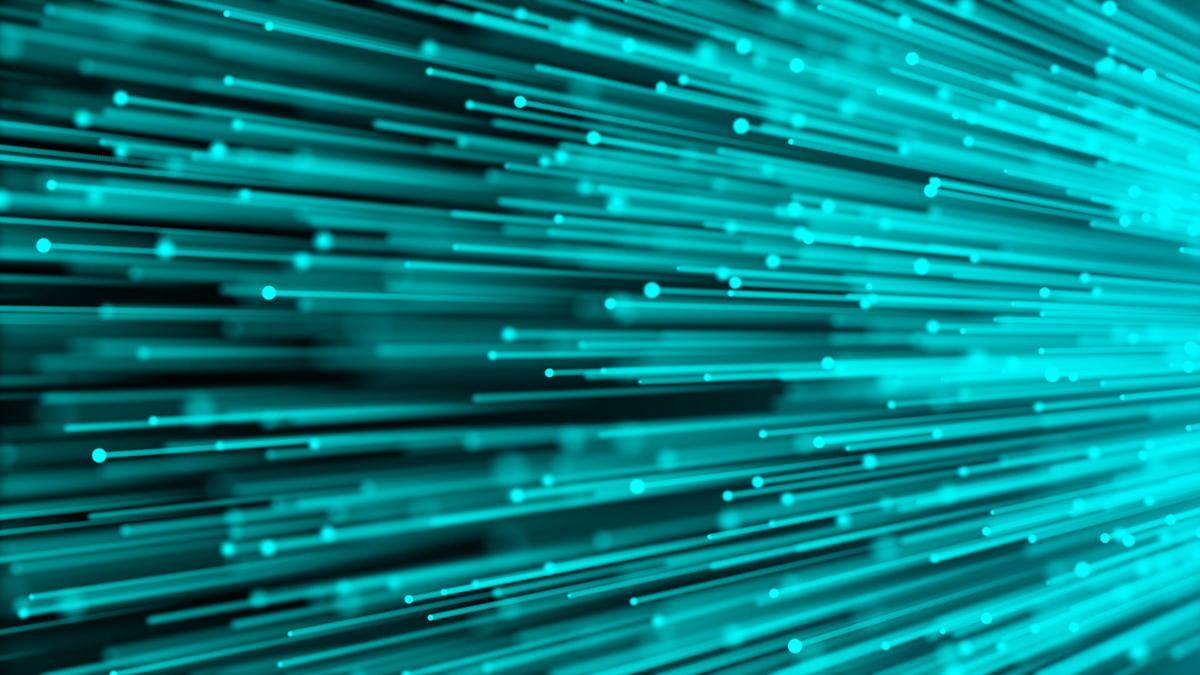 An upgrage to 5 Gig business internet is now being offered to small businesses by Sparklight Business, formerly Cable ONE Business.

An upgrage to 5 Gig business internet is now being offered to small businesses by Sparklight Business, formerly Cable ONE Business.

Bear Prairie, Idaho Falls Power and Idaho Falls Fiber’s general manager, explained at the public meeting at Taylorview Middle School why the city is pursuing a fiber network, what it means to residents’ homes and neighborhoods and he provided much-anticipated cost estimates for internet service once the network is completed.

The $1.4 million project is funded by money from a “payment in lieu of taxes” fund between Idaho Falls Power and the city of Idaho Falls.

The pilot program involves installing — or connecting previously installed — fiber optic cables, creating an internet network designed for increased bandwidth and data transfer speeds. The city has existing fiber optic lines, installed more than a decade ago and used by a number of businesses, but those lines don’t yet reach residential homes.

Idaho Falls Fiber, the branch of Idaho Falls Power that manages the fiber network, is partnering with UTOPIA Fiber, a community-owned, not-for-profit agency that maintains fiber networks for nearly a dozen Utah cities. UTOPIA will help design, operate and manage Idaho Falls’ fiber network. It’s the first time UTOPIA has partnered with a city outside of Utah.

Idaho Falls Fiber estimates a customer’s cost for internet service on the fiber network will be between $65 and $100 per month. That includes $30 for infrastructure costs (paying the city to build and maintain the physical wiring system), which will show up on an Idaho Falls Power utility bill. The remaining costs, $35 or more, are associated with maintaining the internet network (UTOPIA’s role) and internet service provider fees. The total cost will depend on how much local ISPs decide to charge for service over the network.

The residential effects of fiber installation will depend on the layout of each home and where the homeowner wants to keep their fiber box, which likely will be connected to the home’s power box.

About 170 residents showed up to the presentation at Taylorview. They listened intently and asked questions throughout. Some took notes.

Questions from the audience during the meeting and comments made to the Post Register afterward focused on the cost of the service and the project’s timeline. Others said they wanted to connect as fast as possible to get off their current internet service plan.

Doug Clark said he attended the meeting to find out how he can reduce his bill for television and internet service. He’s looking at the benefits of canceling his satellite television in favor of an online service.

Clark said he’s not ready to commit to the network but he knows services are moving online.

“The world’s getting more connected,” he said. “So get on board or get left behind.”

A fiber optic line (a stretched strand of glass that transmits data through light) is a superior method of data transfer to electrical wiring and to wireless internet service because it can reliably carry more data at increased speeds.

A fiber network is a series of connected fiber optic strands, stretching underneath or above city streets and connecting to homes and businesses along the way. The fiber optic strands bring internet to the home, similar to cable or DSL, except fiber allows for data downloading and uploading at much faster speeds.

Municipal (city-operated) fiber networks are growing in both urban and rural communities around the country, partially due to financial support from the Federal Communications Commission’s Universal Service Fund, which finances projects to upgrade communication capabilities in rural areas, but also due to a trending desire for cities and towns to approach internet access as a public utility.

The city of Ammon jumped on the utility-style idea 10 years ago.

Now, Ammon has a fiber network that’s connected to about 330 homes and 65 percent of residents that had the option to connect have done so.

Bruce Patterson, the city of Ammon’s technology director, knew in 2008 — before Netflix had an online service and when Twitter was still in its infancy — that the internet was going to play an increasingly crucial role in people’s lives.

“You will buy your products, you will shop that way, you will make significant buying decisions through the internet,” Patterson said. The internet will affect how you buy cars and your home and it will be the mechanism for delivering entertainment, he said. That’s why he told the Ammon City Council in 2008 that it should pursue a fiber network.

Patterson’s idea was not that people needed more bandwidth at the time but that more services, products and possibly home appliances or even cars would be connected to the internet in the future. And the most sustainable and robust way to delivery that connection is through a wired network.

“You want to get on a (fiber optic) wire as fast as you can,” Patterson said. “It’s a much higher lift (in bandwidth), much more than we actually need today or use, but we looked at the cost/benefit and said, ‘If the cost is 10 percent more, even though we don’t see the benefit today, we feel like there’s a benefit to have it ready.’”

Ammon began building a fiber network, similar to the one Idaho Falls plans to build, in 2011. Ammon’s network has since been nationally recognized as a model for a public utility-style fiber network.

Ammon’s network, like Idaho Falls’ planned network, is open-access. That means the city installs and maintains the wires and allows internet service providers to compete to sell their service to a customer through the wire.

Internet services likely would’ve invested in fiber networks in the future, Patterson said, but for large companies that don’t have much incentive to upgrade (there aren’t many competing internet service providers), cities such as Ammon would be among the last to see that investment. Patterson, and other fiber advocates around the country, decided the city should make that investment itself.

“The only way to change the dynamic is to take ownership of the problem, invest in our outcome here locally and try and leverage that in a way that benefits the community,” Patterson said.

Patterson made clear that the ultimate goal of a municipal fiber network is not to be a city-owned internet service provider such as CableOne or CenturyLink. The goal is to build an infrastructure and allow those companies to compete on the network, the same way competing shipping companies drive their trucks on the same public roads.

“The utility is the wire,” Patterson said.

While Ammon and Idaho Falls will operate similar open-access fiber networks, no contracts and multiple options for internet service providers, there are some key differences in the two programs.

Ammon’s fiber network is expanded based on the interest of local improvement districts (LIDs), or groups of property owners who voluntarily share costs of infrastructure improvements. If an LID seems interested, Ammon Fiber will invest in the fiber infrastructure, expecting residents will hook up and pay for it. When someone opts-in to the network, they have the option to pay for the installation in full, usually about $3,000, which attaches to the home, or pay a monthly installation fee at $18.50.

Idaho Falls Fiber is planning to do a citywide roll out of the fiber network if the pilot program proves successful. Prairie said Idaho Falls Power hopes 30 percent of people who have fiber running by their homes will opt-in. That would keep the program funded, he said.

While Ammon’s network has an opt-in rate of 65 percent, that number is incomparable to the 30 percent goal of Idaho Falls, considering Ammon only extends its network to areas based on interest.

The technological advantages to the city’s electric grid led Idaho Falls Fiber to pursue a citywide roll-out of the fiber network, Prairie said.

“We’re building this as electric infrastructure that also has benefits in the home,” Prairie said. “It’s a dual system.”

The Ammon City Council took the next steps to pay for the expansion of its fiber network.